Home » Reviews » Borderlands 3 weaponizes social media followers, and it hits a little too close to home

Borderlands 3 weaponizes social media followers, and it hits a little too close to home

Folks may roll their eyes at the term “social media influencer” but there’s a ring of truth there. The larger your social media following, the more influence you have on those who follow you. That may mean directing followers to donate to a preferred charity, or to highlight your favorite illustrator.

Or, as we’ve seen, that may mean far worse things. Don’t like someone? Ask your followers to spam their account with hateful vitriol, or to downvote every project they’ve ever worked on. Or, hell, share their home address with millions. This is not a fantasy. It has become more common as people with large social media followings realize the power they wield. It’s scary stuff.

The Borderlands franchise has never been incredibly grounded. It may poke fun at our society, but until now it’s mostly been focused on satirizing capitalism run amok with its all-powerful corporations. Borderlands 3 goes a bit further, tapping into a current issues our world is dealing with, with social media abuse at the forefront.

The two main villains of Borderlands 3 are Troy and Tyreen Calypso, a brother-sister duo with an enormous social media following. Their followers? The outlandishly murderous bandits that players have been fighting since the dawn of the Borderlands franchise. Under the Calypsos’ instructions, the bandits have formed a sort of cult called The Children of the Vault, and are willing to do whatever the siblings ask of them. Which includes murder. 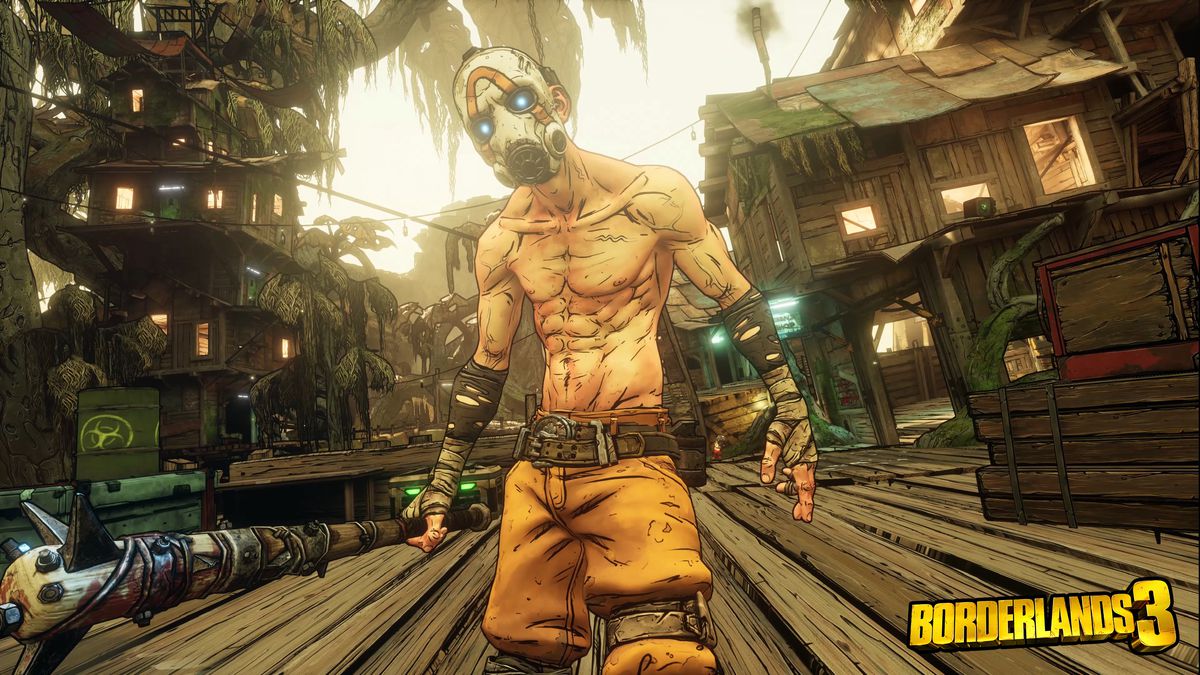 Polygon spoke to the co-lead writers of Borderlands 3, Danny Homan and Sam Winkler, specifically regarding the origins of the social media angle and whether they feel they come off as a little too close to the current state of the real world.

“It started out with this interesting puzzle that we were presented with,” said Homan. “We have these villains and we knew that they had this enormous bandit army … [but the] bandits of Pandora aren’t the most organized individuals, shall we say. So we were wondering ‘What type of villains could possibly unify the bandits into one cohesive faction, The Children of the Vault?’”

The writing team focused on the bandits themselves, said Homan. “We started thinking, ‘Well, what do bandits do? They murder, they pillage, they do these heinous acts.’ So what if there are these two villains who are basically murder streamers who like held up all the most atrocious acts and said, ‘That’s great! It’s content! We love it. We want to share it. We want to encourage it. We want to make you do even more of it.’ And that’s, that’s kind of the impetus behind them being streamers.”

Winkler said it’s a lot more pointed in its criticism of present-day events than past games. “In terms of relevancy, in previous franchise titles, the villains were these like mega corporations … To bring Borderlands into 2019, it felt a little more relevant and fresh to have this grassroots, homegrown, crowdsourced psycho army. I think a lot of our players will recognize some of today in that.” 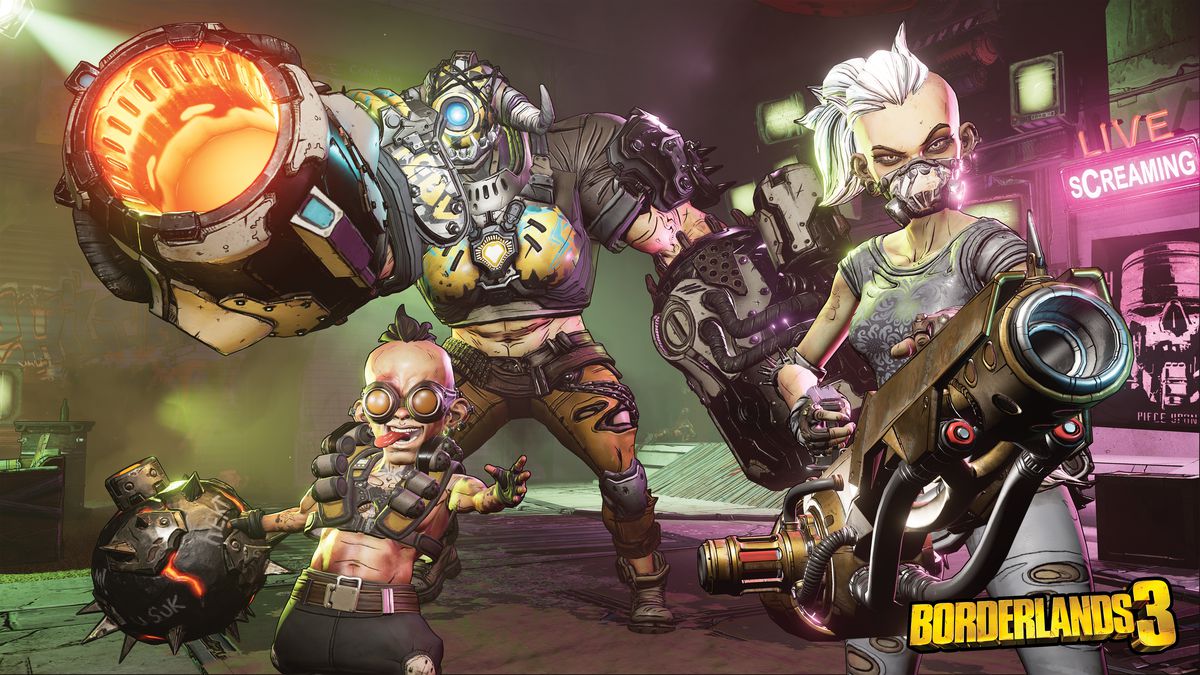 Winkler continues, saying that “in the real world, a streamer with 10 million people, if one day they woke up and said, ‘Hey, kill this guy who lives here,’ 99.9 percent of people are just going to ignore that. But someone probably would go to that person’s house, unfortunately. Now port that over to this absurd world in which everyone is this bloodthirsty psychopath … and suddenly you have tapped deep into this well of power. That’s how you can kind of muscle through into this world that’s otherwise held by corporations. And yeah, there are some uncomfortable parallels there that we had to mine.”

Homan said those real world parallels are a good thing. “I think that makes it a topic worth exploring. And especially in this kind of darkly comedic lens, you can probe things that are shocking or terrifying.”

There’s certainly room for satire in games, and telling stories that are relevant to our times is important. Though it also seems like Borderlands 3’s timing couldn’t have been worse, given the increasing prevalence of actual, live-streamed mass murder, as in Christchurch, New Zealand earlier this year. The writing team had completed their work long before these real-world horrors, but now it starts to seem less like satire and more like events ripped from the headlines.