I think about Card of Darkness when I’m cleaning.

One minute I’m washing the dishes, the next I’m imagining my stack of cereal bowls as a deck of cards barricading me from a magical stairway in the back of my cabinet. Then my wife asks, “What the hell is going on, you’ve been staring at the cereal bowls for three minutes.”

It’s the Tetris effect in action; my brain projects the game’s pattern over my everyday life. I think this means I love Card of Darkness? Or, at the very least, that I’m teetering on addiction.

Each level takes place on a 4×4 grid. Here’s a variation of what I see at the beginning of each round: 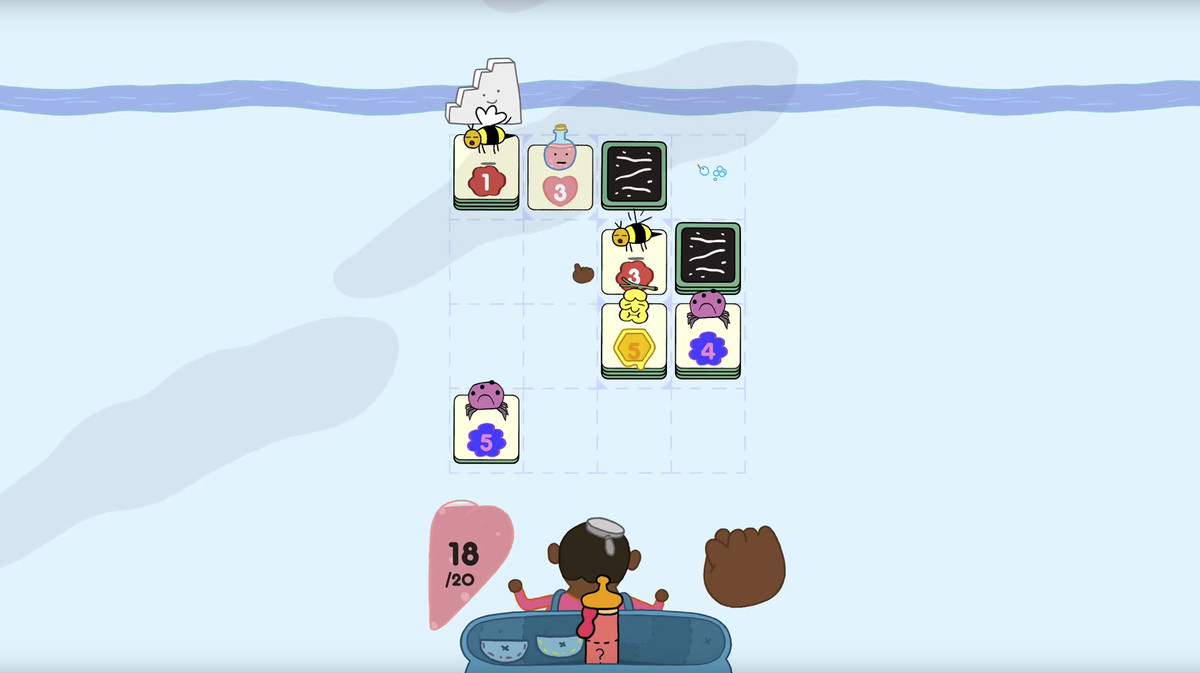 My goal (on the stage above) is to cut a clear path to the stairwell on the top left side of the board. I must deplete all the cards in a given stack to make that path. When I deplete a stack, it reveals the top card on the stacks to its left, right, top, and bottom.

Cards are assigned numbers that represent their strength or value. They can provide health, gold, spells, or weapons. Cards can also be enemies. Adorable, deadly enemies. An enemy deals the damage of the numbers on its card, unless I am wielding a weapon that carries the same number or greater. My weapon breaks if it isn’t even or odd like the enemy’s card.

I can’t exit a floor until I finish every stack from which I’ve taken a card. So if I see a helpful health potion, or a fireball spell, on top of an untouched deck of five cards, I have to assess the risk that comes with grabbing it. Sure, the potion might boost my health, but it might be sitting atop four enemy cards, and I’ll have to defeat all of them before I make my escape.

Stages can include multiple floors. If the stage has four floors total, then I tend to be conservative on, say, the second floor. But if I only need to complete one floor and I’ve already cut a path to the exit, plus there’s plenty of gold to be grabbed? I’ll probably take a risk on a few decks I’d otherwise leave untouched. It’s a constant balancing act.

Stages are also randomly generated. Before I begin a stage, I’m shown the types of enemies that will appear, but where their placement and the size of the decks on the board change each session. This can lead to some frustrating rounds that feel a bit unfair, but more times than not, I felt like my decisions had led to success or failure rather than luck or misfortune. 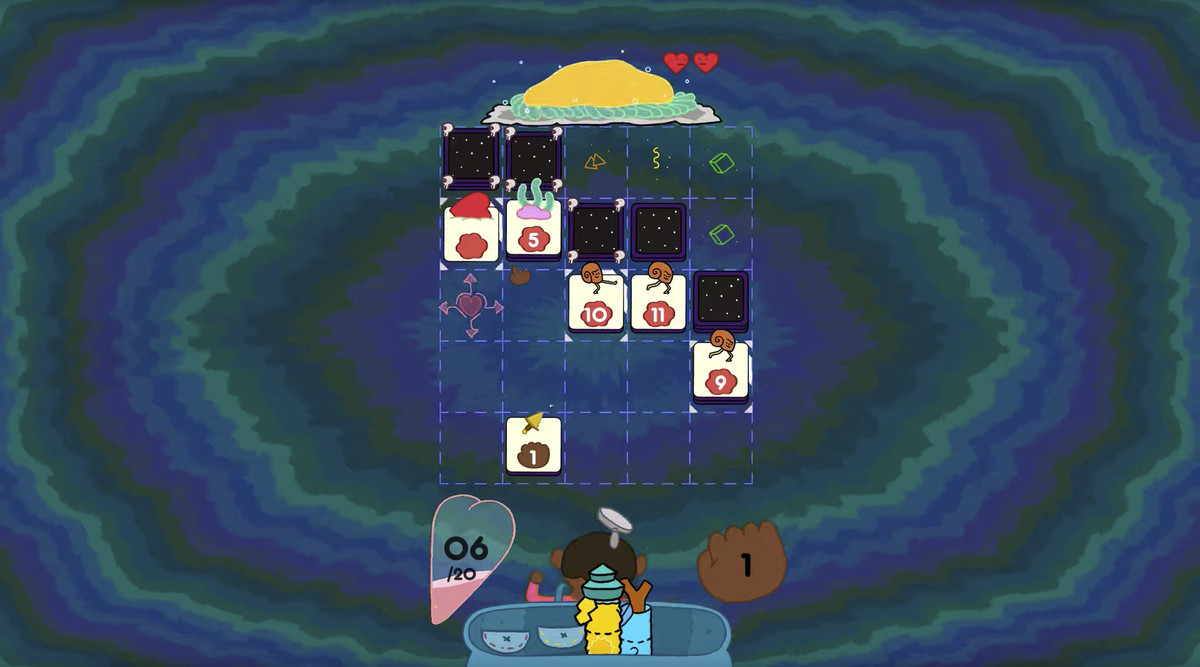 I imagine the rules sound, to some folks, rather off-putting. As someone who doesn’t typically enjoy card games, I’d normally agree. But in this case, the rules are the fun.

As you progress, the game introduces new card variants with rules that complicate the game further. An eggplant restores health, but spawns a prickly kabob that deals double the damage of the health it just rewarded. A magical minion morphs other monsters on the board into random, unexpected forms — each with their own unique rules. A fish, when slain, becomes a sword you can wield. Get it? A sword fish!

I can zip through early stages, but later stages require me to read the board before every decision, gauging my options when one bad move could set a dangerous series of events into motion. Pendleton Ward’s colorful art isn’t just adorable, it’s helpful; easy to quickly scan for the necessary information needed before making a move. Legibility can be a challenge when so much information needs to be taken in when making sound decisions, but Card of Darkness excels in being easily readable; an underrated trait for puzzle or card games.

Card of Darkness is difficult. I nearly bounced out early as I struggled to ride its wavelength for the first few stages. But it’s consumed my free time since I’ve found its rhythm, and I can’t get a damn thing done in this house without imagining these silly little cards.

Card of Darkness is now available on Apple Arcade. The game was reviewed using a personal Apple Arcade account. You can find additional information about Polygon’s ethics policy here.