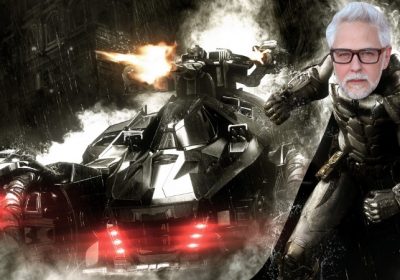 Warner Bros. Discovery revealed last month that it had hired Peter Safran and Marvel Studios alum and director James Gunn (Guardians of the Galaxy, The Suicide Squad, Peacemaker) to lead as co-CEOs of DC Studios, as reported by Variety. Since then, Gunn has been fielding questions about DC Studios, the DCU’s future, and what his plans are as a new lead within DC’s entertainment output.

When asked on Twitter yesterday if he and Safran are “planning to give more DC characters TV shows that’ll add to the story for the DCEU,” Gunn responded, “Yes, most definitely, the DCU will be connected across film and TV (and animation).” In a follow-up tweet, another user asked is there are plans to connect games to this larger DCU canon as well, to which Gunn simply responded, “Yes.”

It’s an interesting response and idea, especially given that it seems clear Warner Bros. Discovery wants its DCU to become something more akin to Marvel Studios’ MCU. However, MCU plans don’t include video games because Marvel’s video game efforts through partners such as Insomniac Games (Marvel’s Spider-Man), Crystal Dynamics (Marvel’s Avengers), and others do not connect in any way.

In fact, Marvel Games vice president and creative director Bill Roseman said back in September that it’s important that each studios’ Marvel game is not connected to the rest as it allows for narrative freedom said studio might not get otherwise.

This is one area DC could differ greatly from Marvel and who knows, perhaps it’s the creative edge DC needs to catch up to the MCU. Only time will tell.

In the meantime, check out our thoughts on the latest DC game in Game Informer’s Gotham Knights review. Read our list of the top 10 superhero games of all time after that.

Do you like the idea of games connecting to the DCU or do you prefer Marvel’s approach to video games? Let us know in the comments below!