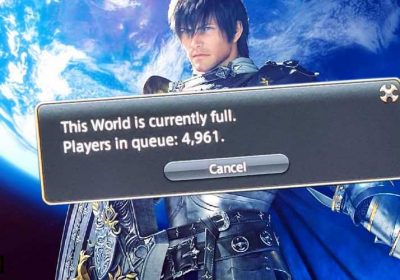 Final Fantasy 14: Endwalker was worth the wait. Well, at least that’s what I’ve heard – I wouldn’t fucking know because I’ve hardly been able to get into the damn thing.

Since the expansion’s early access launch last week, queue times have extended to several hours with thousands of players trying to access the new campaign and all of its juicy content at the same time. From what I’ve seen, it’s utterly fantastic, but I haven’t been in a situation where I can accommodate server issues which take up the majority of my day.

This is a crying shame, and means my full review of Endwalker won’t be coming for a good while yet. Knowing this, I thought it would be sufficiently educational to critique the loading screens I’ve been subject to all weekend, and how it feels like a whimsical limbo as I teeter between the ethereal boundaries of gamer heaven and hell. It has a starry aesthetic, wonderful music, and a sense of anticipation that also doubles as a never ending spiral of anxiety. 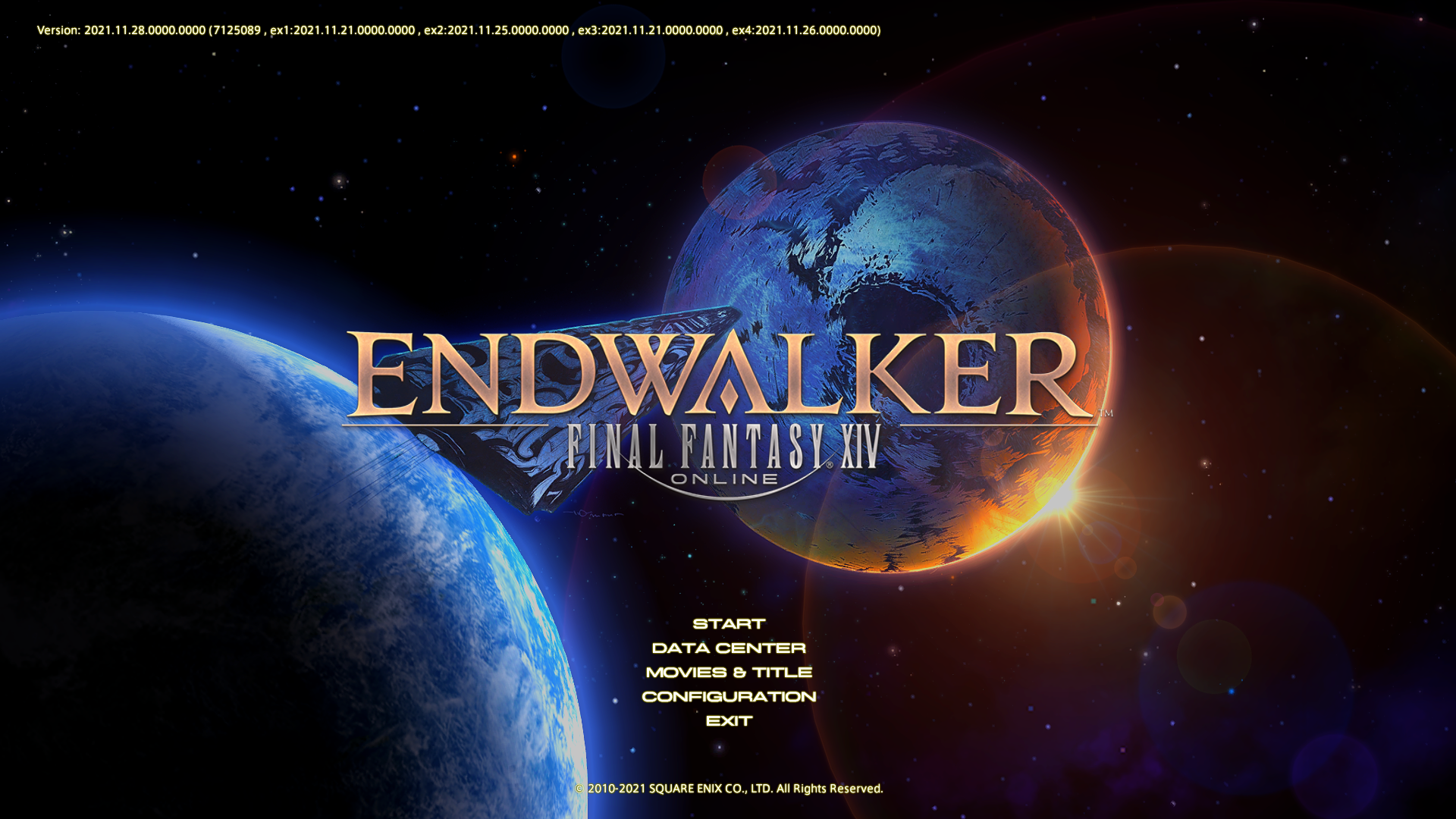 I’ll be the first to admit that Endwalker’s title screen is pretty sick. It remains a fanciful menu that you’ll skip past within a few seconds to load into the server, but each expansion comes with a title screen makeover that reflects the coming adventure almost perfectly.

Shadowbringers saw the worlds of light and darkness being torn asunder, a blistering vocal performance lining our skin with goosebumps long before we’d seen the campaign for ourselves. Even today, it remains iconic in the world of Final Fantasy, and for good reason.

That is now gone, replaced by a sombre, melancholic display of the moon that teases the intergalactic adventure to come. Endwalker appears on the screen alongside Eorzea’s moon soaring past the sun, becoming the main focus of the spectacle as a brilliant piece of music roars into the soundscape. It’s a joy, and you’ll be seeing it time and time again as the queue times out and you’re punted back to sit through it all over again. Fuck the moon.

Like I said before, the music is incredible, and you’ll be hearing it again and again and again over the coming weeks as queue times refuse to budge thanks to the game’s immense popularity. Masayoshi Soken and Architect’s Sam Carter have created a main theme that punctuates throughout the entire Endwalker experience, small smatterings of it found amidst the title screen and across the campaign in a series of different cutscenes. It can be moulded into so many different forms and its execution is masterful, a testament to how much Square Enix understands the magnitude of the journey we’re set to embark upon.

Sadly, once you skip past the title screen you’re greeted with the classic Final Fantasy theme that loops endlessly as the queue time ticks down over several hours. It’s enough to drive a girl to do terrible things, like changing the channel over so I can play Halo Infinite as I waited. For an entire evening I kept checking, fiddling with my controller to make sure my PS5 didn’t enter rest mode or the server decided to consider me unworthy and boot me back to the main menu for no conceivable reason. If you aren’t distracting yourself with another game, be sure to mute the television before you throw a Gunblade through it. 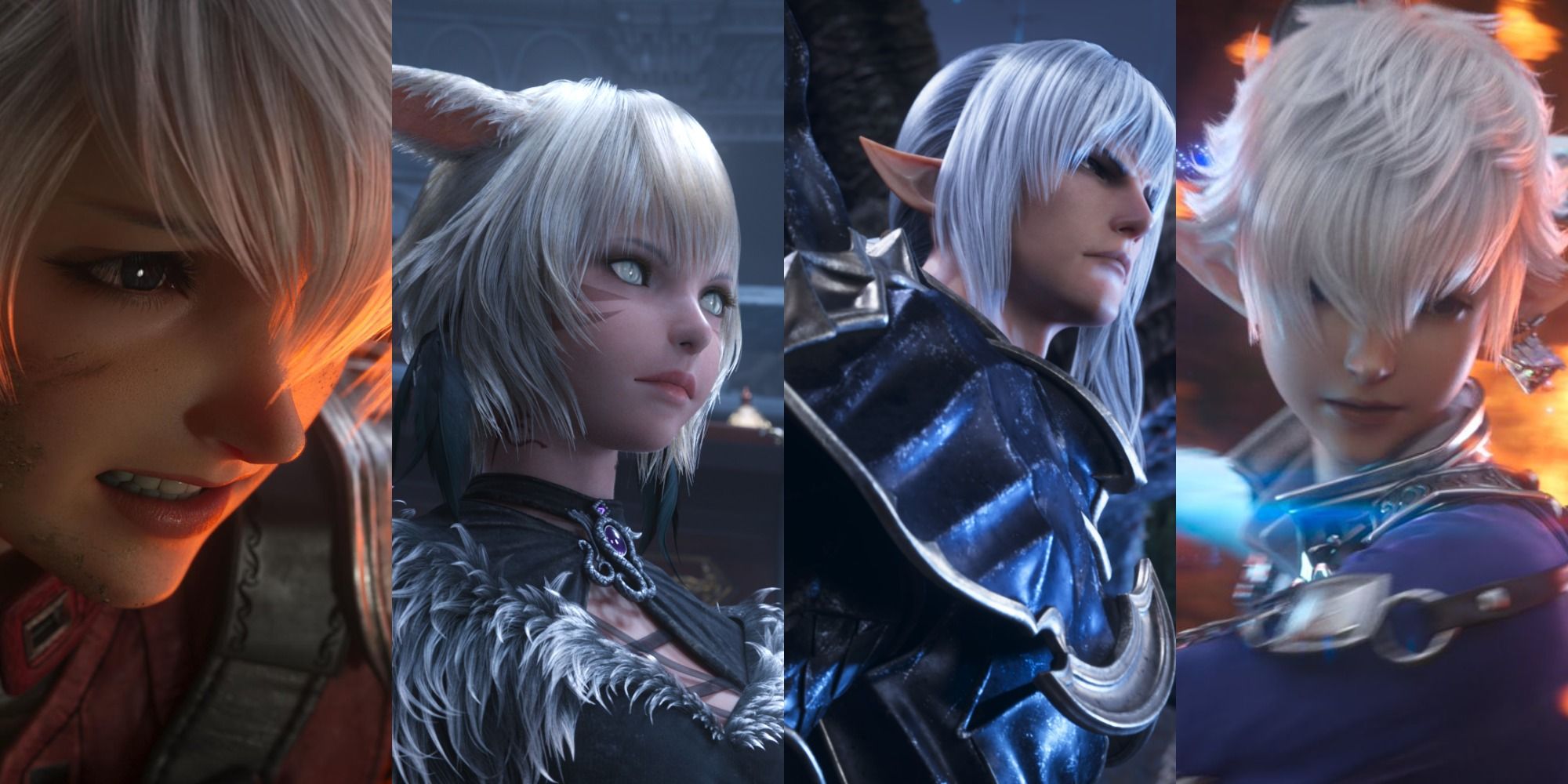 To Naoki Yoshida’s credit, he and his team have been wonderful about Endwalker’s launch woes. All players are being given a week of free playtime – and perhaps even more if things don’t improve in the coming days – and they understand the frustrations that come with being unable to access a game you’ve spent money on. I’m a slimy games journalist so all I had to do was renew a code and moan about queue times on Twitter, but I deserve sympathy too.

Queue times not crapping out on you appears to be a matter of luck. My server has been dominated by a minimum of 9,000 players waiting to gain access at any given moment, so you’ll need to wait until this number ticks down to zero before being granted entry. The thing is, Final Fantasy 14 is a temperamental beast at times like this, meaning the server could shit the bed at any moment and send you hurtling back to the title screen. If that happens, you’re pushed to the back of the queue with all of the other shitmunchers and must sit through several hours of repetitive music. It’s like a GP waiting room with extra anime. 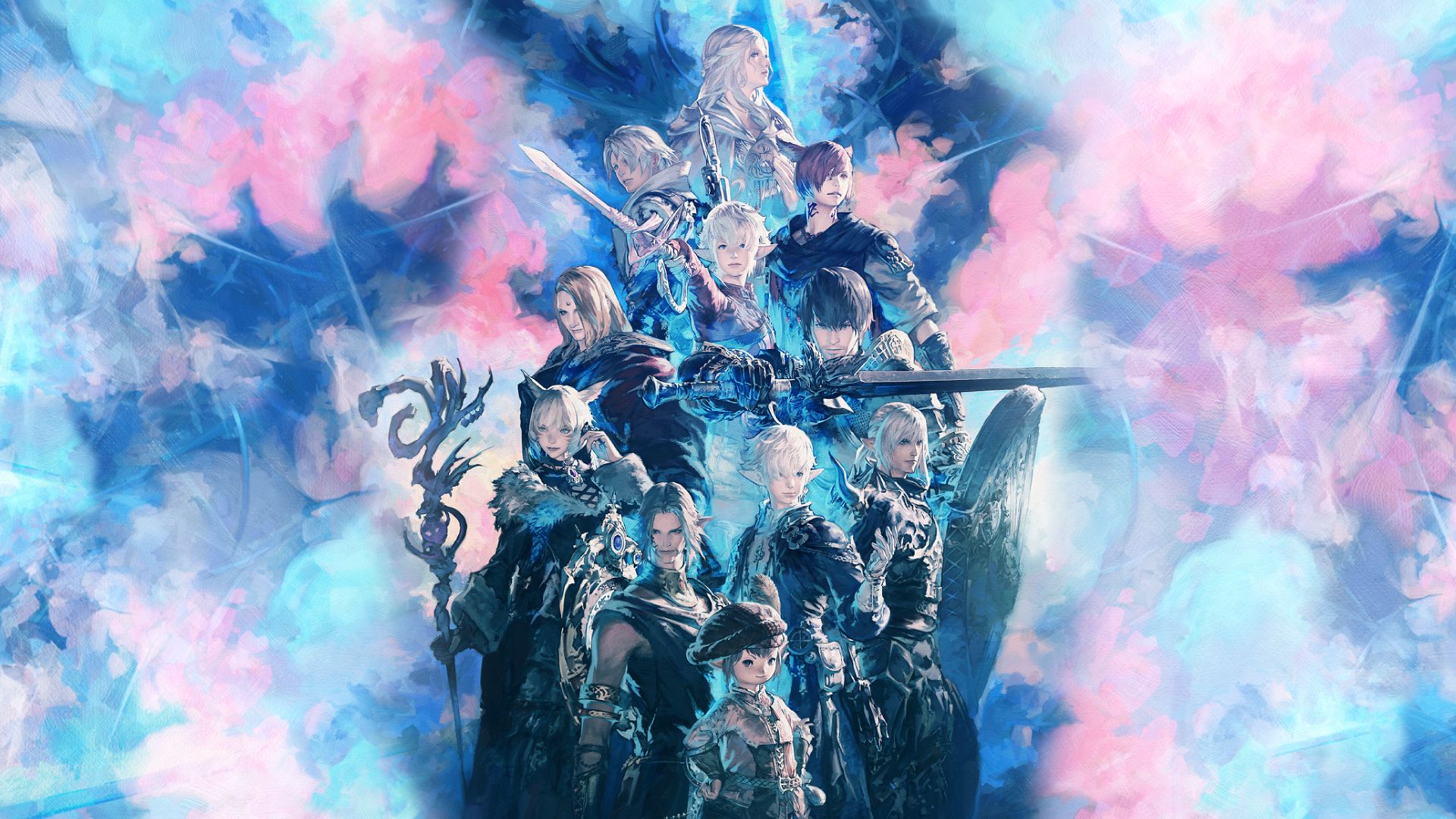 A couple of my friends have resigned in defeat, knowing that their daily lives aren’t able to accommodate the current queue times of Endwalker and that it will be easier to walk away and come back when the launch hype has begun to dissipate. That could be weeks or even months away, so I admire their patience and willingness to navigate social media when spoilers are bound to become rampant. Yet I understand such a perspective.

I even envy it somewhat, knowing that I won’t be able to stop myself from suffering through queue times both for professional and personal gratification. I need to know if my Scions are going to make it through the Calamity alive, and if they do anything to harm Alisaie I will burn Square Enix to the ground. I’m sorry, but it’s a very reasonable response to my heartbreak. 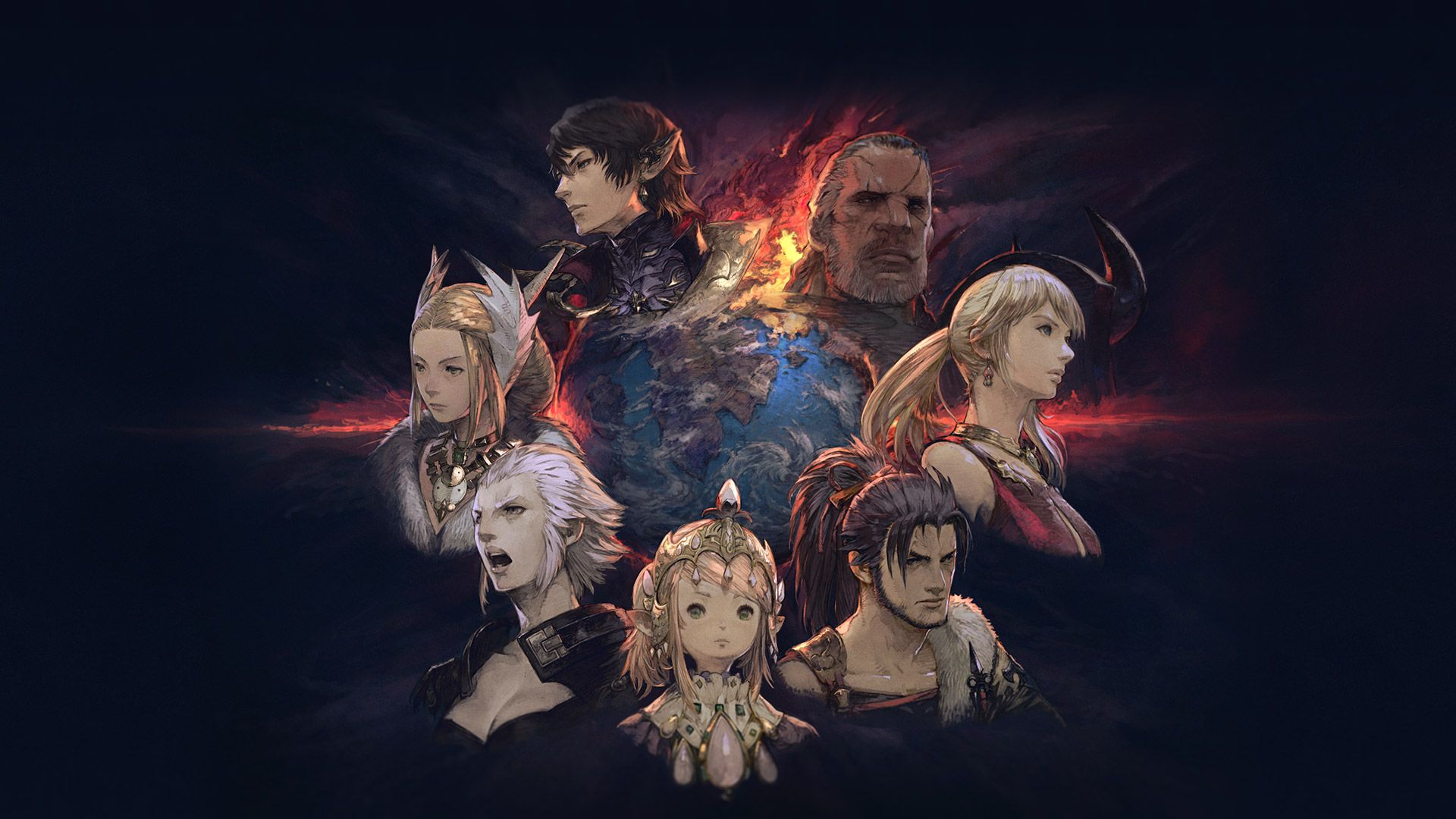 The coming weeks and months are going to be a bumpy ride for Endwalker. Shadowbringers was subject to aggressive queue times and had a fraction of the popularity that has blessed this recent expansion. We’ve all been stuck in a pandemic, so escaping into an MMO like Final Fantasy 14 was the perfect opportunity to forget about the world and become an adorable catboy. I used it as an excuse to finally catch up on the story, and now I’m struggling to enjoy Endwalker because my brain doesn’t have the patience to sit through queues that take up the majority of my day. I’m a grumpy gamer gal and will not stand for this. Well, I will – but I’ll be annoyed on social media about it and that’s what counts.

We are at the beginning of the end, so you’d best buckle up and prepare yourself for more queue times, plenty of spoilers, and heartfelt apologies from the development team. We’re in this together, so check on your Final Fantasy 14 friends and get ready for the future. I know the unfolding narrative will be so tragic that I’ll be too scared to play anyway, so maybe all of these queue times are saving me from something I’m not even aware of. Oh and one last thing – once logged in don’t be a dumbass and run a bath like me while completely forgetting that the game times out and kicks you back to the menu. Never again…