I remember watching the first Watch Dogs reveal back in 2012 and being completely blown away. I loved the idea of a virtual playground where several objects and people could be manipulated and hacked, all wrapped up in a fascinating world where surveillance and privacy were major themes.

When Watch Dogs finally released in 2014, I enjoyed the experience but also felt a tinge of disappointment: this was not the hacker world I envisioned. Possibilities were limited, manipulating the world around me could only go so far, and Aiden was basically an empty trench coat with legs. Watch Dogs 2 introduced a far more colorful protagonist with Marcus along with bigger and better hacking opportunities, but it still didn’t completely compel me in the ways I hoped.

Watch Dogs Legion, which was announced this E3 during Ubisoft’s press conference, looks to be the most promising entry yet and possibly the developer’s most ambitious game ever. Here’s four reasons why this could be the Watch Dogs we’ve all been waiting for. 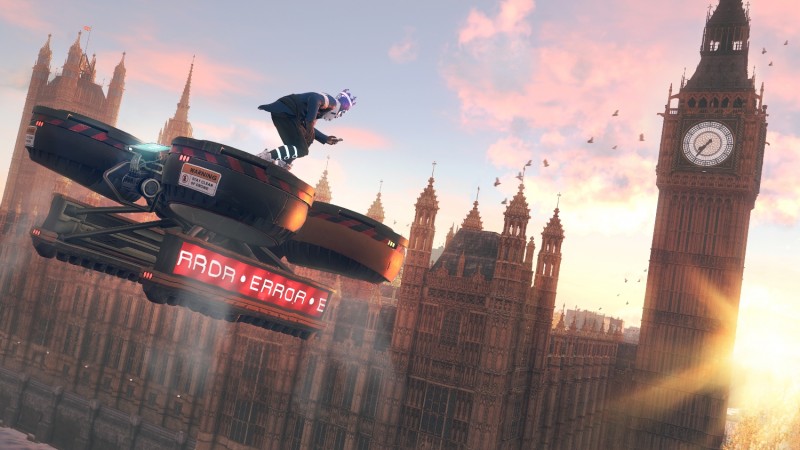 Post-Brexit London Is A Rich Setting

Up until now, Watch Dogs always took place in America. While Watch Dogs’ vision of Chicago felt empty, Watch Dogs 2 created a world brimming with life in San Francisco. Now, the series is going international as it moves to a near-future London where Brexit has devastated the country.

“We have created a near future version of the city where technology has taken a dark turn and society is on the brink of collapse,” game design director Kent Hudson says. “In short, London is seeing her downfall. It’s a time of social crisis: AI is devastating the economy, the pound has collapsed and is being replaced by cryptocurrency, organized crime has taken a resurgence.”

It’s a dystopian future where civilians disappear from their beds in the middle of the night or are sent to deportation centers. Both authoritarians and opportunists exploit the situation for their own selfish gain, such as Albion (one of the main antagonists), a security force with questionable motives.

During a gameplay demo, I briefly explored parts of London, including the grungy Camden Town that’s a hotbed for artists and Trafalgar Square in central London. Camden Town is particularly striking, with colorful neon signs and street art murals. 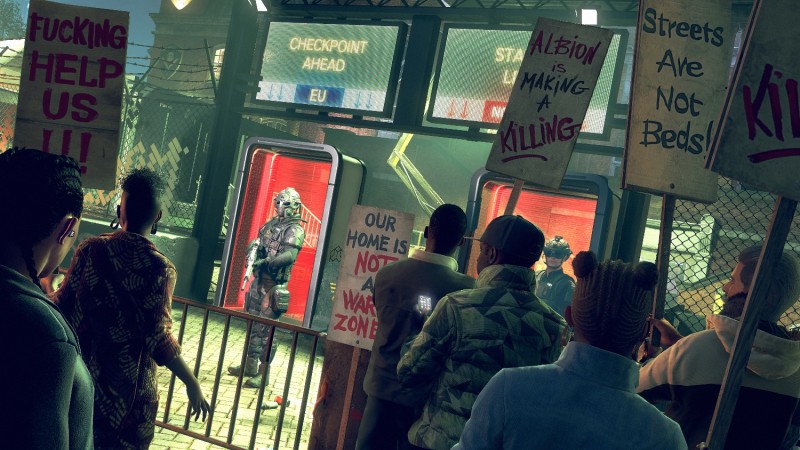 Because of its post-Brexit setting and themes about rising up against corrupt governments or authorities, politics are undoubtedly a part of Watch Dogs Legion despite Ubisoft’s statement last week about the company not taking political stances in its games. Creative director Clint Hocking believes that it’s up to the player to come to their own interpretations, but says that Legion is absolutely a game with a message.

“Depending on how you want to interpret what [Watch Dogs Legion] has to say, you are the one that’s going say whether it’s political. But this game has something to say and it’s a lot about things that we see in the world that are really messed up right now,” Hocking says. “Hackers corrupting democracy, the rise of surveillance, the separation of rich and poor, and the increasing wealth gap about people being displaced around the world. All of these things are happening in the world. We’re making a speculative fiction that [looks to the future and asks], well, what if these things go very, very wrong? And what’s our response to that?” 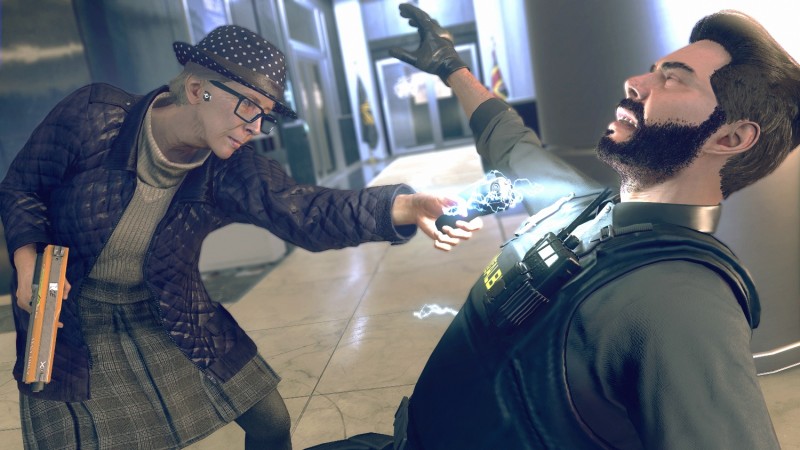 You Can Recruit And Play As Any Character In The World

The most striking element to Watch Dogs Legion is that it completely changes the concept of NPCs – every character you see on-screen can be recruited to your DedSec resistance. Similar to Assassin’s Creed Brotherhood, you build a group of heroes to do your bidding. Once you’ve won a potential recruit over (by completing missions for them) they’re added as a member and you can play as them whenever you like. No more Marcus or Aiden; Watch Dogs Legion has no single central character, and instead unifies a resistance of several unique personalities.

“These aren’t simple cosmetics like skins on basic characters – everyone in our world has a fully simulated life,” Hudson says. “They have a personal backstory, they have unique appearances, you can customize their clothing, they have a fully voice acted persona, and they even have gameplay traits that brings a unique [advantage] to Dedsec. You profile people in the world and you can see everything about them. People have jobs, relationships, families, friends, enemies, their own sets of problems that are set in our dystopian vision of London.”

This means you can create a band of eclectic misfits, like a group of badass grandmas, a team of punk rockers, or a collection of uptight straight arrows. Cutscenes and story moments (and, to be clear, Legion DOES have an overarching main story despite the many playable characters) will play out differently depending on your character’s personality. Ubisoft says the development team has written several variations for these scenes. For example, an ex-lawyer may act differently in a certain situation or even have different mannerisms than an aspiring rapper would.

You can mold your resistance to your liking, and customize their clothes and playstyle along the way. For example, Watch Dogs Legion introduces three new classes: Hacker, Infiltrator, and Enforcer. The main ability for Hackers is that they have access to a spider bot, which is a small, controllable device that can act as a turret or can be controlled remotely to scout out areas or perform takedowns, without having your character enter the area themselves. Enforcers are the combat-focused class, where you can use explosive rounds as well as non-lethal sticky mines to lay traps or help give you more control of the battlefield. And finally, Infiltrators are best at stealth and melee. They can disappear from view thanks to an AR cloak for a brief period to pass guards undetected or run from combat.

Another fascinating direction is that your characters can die permanently if you’re not careful. While you may get attached to certain playable characters, they can be defeated in combat and won’t respawn. 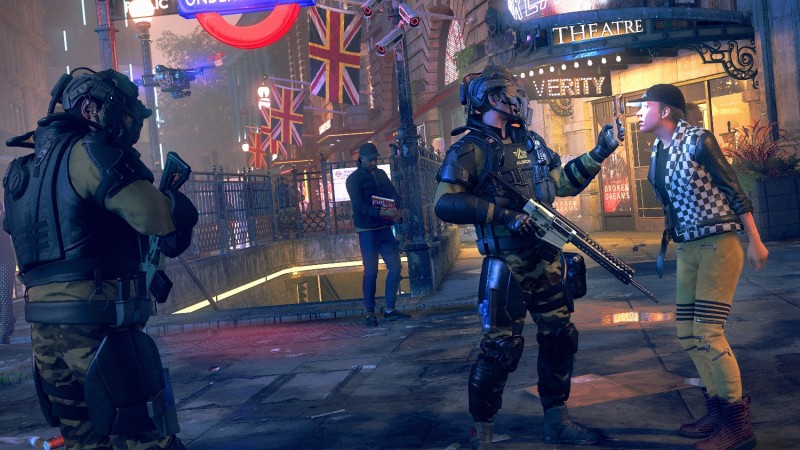 More Non-Lethal Options Than Ever Before

The Watch Dogs series has, since its inception, suffered from narrative dissonance. Why would an upbeat activist like Marcus murder people in cold blood? Wasn’t it weird that Aiden would go to his nephew’s birthday party at one moment, and then in the next kill off everyone? Watch Dogs Legion may not fix this problem completely, but it at least introduces more reasonable and believable methods for confronting enemies.

Hocking says that half the weapons will be non-lethal, and that the development team has greatly invested in the melee system to make it more dynamic and interesting. Guns will be completely optional. A big question is, can you play through the entire game without killing a soul? Hocking is hesitant to say yes because of certain story moments.

“There are some climactic battles and I’ll be really clear, if you defeat them with non-lethal weapons, they disappear from the game – just as if you defeated them with lethal weapons,” Hocking says. “So it’s sort of open to interpretation. I don’t want to lead with the message that this is a game where you absolutely will never kill anyone, or can can choose to never kill anyone. It’s not a value for us. I do think we did invest heavily in non lethal options.”

Stay tuned for more coverage on Watch Dogs Legion. We’ll be publishing our hands-on impressions in the coming days. You can also listen to our thoughts about the reveal from Ubisoft’s press conference.