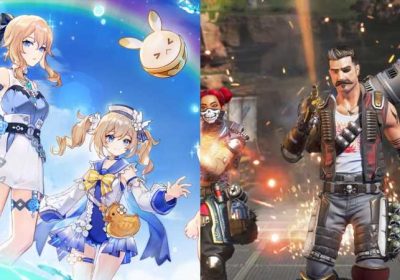 I recently jumped back into Genshin Impact for the first time in months, the sun-drenched fun of the coming 1.6 update showcasing enough cool ideas to convince me that perhaps this weeaboo rendition of Nintendo’s Breath of the Wild is worth another visit. It’s also set to debut a duo of adorable skins, which is enough for my trash weasel ass to return to any game, regardless of whether or not it’s burned me in the past. In the case of Genshin, its gacha elements haven’t been kind before, forcing me to walk away in fear of losing myself.

I poured dozens of hours into it at launch, smitten by its creative mixture of chaotic combat and freeform exploration that constantly rewarded you with new characters, weapons, and discoveries that made the world of Teyvat feel truly immersive. It was brilliant, and still is, but the free-to-play nature of Genshin Impact prevents it from being a true RPG, one where players can work towards its greatest rewards using their own devices instead of falling victim to the lecherous gacha system. If you had all the time (and money) in the world you could almost certainly roll the characters and weapons you wanted, but I’m not about that life.