Halo Infinite’s long, messy fight to save the series 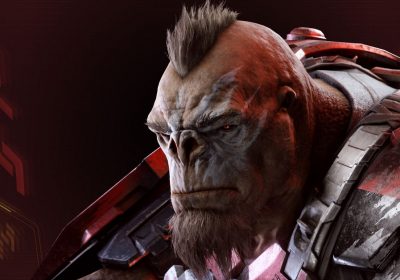 What makes a Halo game feel like a Halo game? It’s something 343 Industries has struggled to master since taking over the franchise from creator and original developer Bungie. With Halo Infinite, the studio hopes to change that, and in recent interviews with Polygon, creative leads acknowledged that it’s been a long, challenging journey to get there.

343 Industries’ first forays into Halo — Halo 4 and Halo 5: Guardians — aren’t bad games. (Halo 5’s multiplayer, for its part, is fantastic.) But for hardcore fans of the series, they just didn’t feel like Halo. Halo 4 introduced a new ability system that fundamentally changed how playing Halo felt. In Halo 5, 343 Industries pulled back on those abilities, but that game pushed too far away from Master Chief, instead adding a second playable protagonist to the mix.

At this point, 343 Industries has recognized these mistakes. Developers who spoke with Polygon say they’re proud of the older games they made, but they also know that those experiences didn’t nail Halo’s feel. With Halo Infinite, 343 Industries wants to fix that, even with its past games stacked against it.

“Halo has big shoes to fill in making sure we do it right,” 343 Industries founder Bonnie Ross told Polygon. “I think we did a good job on the Halo 4 campaign. [But] we didn’t stay true to what Halo is with gameplay for multiplayer, and fans rightly called us on that. With Halo 5, […] while I think the gameplay is good, it didn’t feel like a Halo campaign. In multiplayer, we learned our lesson from 4 and really focused on the right feel for a Halo multiplayer.

“Hopefully, this third time, we actually pulled things together.”

But the road to Halo Infinite was not paved smoothly. The pressure to create something that resonates with fans has always been immense — from Bungie’s time with the franchise and beyond, every fan seems to still be chasing the same feeling of playing Halo: Combat Evolved or Halo 2 for the first time. When a Halo game comes and goes, regardless of how successful or fun it was at the time, people look back and remember the earlier games as better, claiming retroactively that each new game fails to live up to that nostalgia.

That nostalgic sentiment intensified when Bungie passed the franchise onto 343 Industries, though that’s not to say that Bungie itself didn’t face that same pressure and criticisms upon releasing Halo 3 and Halo” Reach. But Bungie was a beloved studio, and 343 Industries was something new — which meant it faced a unique challenge. Halo has since become a franchise that feels like it’s all at once authored by Bungie, the fans, and now 343.

And then there’s the name: Halo Infinite. 343 Industries hasn’t previously made a live-service game, something akin to Fortnite. But the Infinite in the title implies that Master Chief’s next adventure will be around for a while. According to the team, Halo Infinite is not necessarily a live-service game, but it’s a game that will evolve and grow, with new content and updates.

“Halo Infinite is the start of our platform for the future,” former Infinite director Chris Lee told IGN last year. “We want Infinite to grow over time, versus going to those numbered titles and having all that segmentation that we had before. It’s really about creating Halo Infinite as the start of the next 10 years for Halo and then building that as we go with our fans and community.”

Building that experience has been a challenge that’s been observable even from the outside. For example, Lee “stepped back from Infinite” following its disappointing showing at the Xbox Games Showcase in July 2020. He was the third senior-level developer to leave the game’s team in a bit more than a year.

In Polygon’s recent interview, Ross said 343 Industries has been working on Halo Infinite for more than four years — almost two of which were during the COVID-19 pandemic. “We had all the puzzle pieces on the floor,” Ross said. “But we didn’t have the puzzle put together.”

That’s partially because support for Halo 5: Guardians took longer than expected. And so parts of Infinite started entering production during COVID — the start of a new way to work, largely from home — and, naturally, the start of some new challenges for the team. It was during that time, when the team was struggling, that multiplayer director Tom French said Halo Infinite’s first campaign preview debuted to the public at Microsoft’s flagship Xbox Games Showcase. And that debut just didn’t go well.

Though the game saw praise for feeling like a Halo game again — a stark difference from Halo 5 — people thought it looked old. Flat. Not next-gen.

The response was a disappointment to the team, but it wasn’t entirely a surprise. “There were people flagging [these issues] on the team,” Ross said. “Like, ‘Hey, we don’t think this is right.’ It was a big wake-up call for us. That point in itself, releasing that and the feedback we got, which was fair, was the biggest morale hit for the team.”

Paul Crocker, Halo Infinite’s narrative director, told Polygon that it was “not great for us internally.”

“It’s not an excuse, but it’s worth remembering the time everyone was under at that point,” Crocker said. “There was a world pandemic. People hadn’t seen each other for six months. We were reviewing things over the internet. You know, it obviously wasn’t great.”

In criticizing the preview, fans pointed to one specific moment: a dead-eyed Brute who was later nicknamed Craig. “If you think there’s a lot of memes outside, there’s a lot inside [343 Industries],” Crocker told Polygon. (Crocker added that there are plenty of Craig Easter eggs in Halo Infinite, too.) “But at the same time, it really is a double-edged sword. […] It’s also kind of hurtful for some of the people whose hard work wasn’t shown off.”

He was still able to laugh about Craig, though: “It wasn’t the thing we saw coming.”

A few weeks after the game’s appearance in the Xbox Games Showcase, 343 Industries announced that Halo Infinite would be delayed until 2021, with no firm release date on the horizon. Not all of the developers were necessarily happy about the delay. “I’m not saying people were jumping for joy,” Ross said. But, according to Ross, the team was eager to have more time to fix the problems it saw — and hopefully without crunch.

Crunch is a sustained period of intense overtime leading up to the release of a video game; it’s common in the industry, but it’s a practice that has seen increased pushback, given that crunch can often be brutal for workers and can lead to serious physical and mental burnout. The conversation around crunch has changed over the past few years; in the past, it was something that some called a “rite of passage,” or maybe even something to be proud of. But many more game developers and studios have recognized, highlighted by a burgeoning worker’s rights movement, that crunch is abusive — and in most cases, that the abuse is leveled against a company’s most vulnerable workers. In an industry that’s been notoriously hostile toward marginalized people, crunch feels downright toxic.

Both Ross and French have acknowledged that 343 Industries crunched hard on Halo 4 and Halo 5. In a 2019 interview with USGamer, Ross said that executives promised the development team it wouldn’t crunch on Halo 5 — but then it did.

“When we shipped Halo 5, it definitely was a point of, I think, crisis with the team,” Ross told USGamer. “Crisis might be not the right word, but it was a point where the team was like, ‘You promised us and we’re not doing crunch again.’ And they were right.”

Halo Infinite’s extended development period was supposed to prevent that same sort of crunch. 343 Industries not only had to make Halo Infinite but create a new engine and tools there, too. Where there are usually three years between Halo games, now there have been nearly six. Ross, Crocker, and French all said that Microsoft does not mandate crunch for its developers — but that doesn’t necessarily mean people don’t do it.

“No one is forced into doing anything,” Crocker said. “But everyone loves Halo, and people want the game to be as good as it possibly can be. It’s a complicated answer.”

French said there’s a delicate balance between wanting to put “your blood” into the game and also managing the stress of living through a pandemic and those societal pressures. “We don’t want to push on crunch,” he said. “Sometimes people do it because they’re putting their love into it.”

But French also said the team is taking the time it needs — “at the pace [it] needed to.”

“Sometimes things fall behind and you make decisions,” French said. “It was a lot of complexity managing all that from home. But I think we’ve done a good job balancing the team’s health on top of shipping a game that we’re all super proud and excited about.”

Halo Infinite was eventually announced for a Dec. 8 release date, and that reveal went a lot better than the first. And with a surprise multiplayer launch weeks ahead of that release date, Halo Infinite has already got fans psyched again. For so long, it felt like Halo Infinite had everything stacked against it. But something has shifted.

“There’s a lot of pressure,” Crocker said. “Sometimes it can feel overwhelming. But Halo is a game about hope, right? All this comes together in the game. It’s trying to make that experience that rekindles how you felt about Halo. It brings that sense of adventure and hope. It’s not the same as everything else out there. And it’s probably a good time to have a Halo game that’s more hopeful.”