Home » Reviews » Halo Infinite’s Multiplayer has given me hope

Halo Infinite’s Multiplayer has given me hope 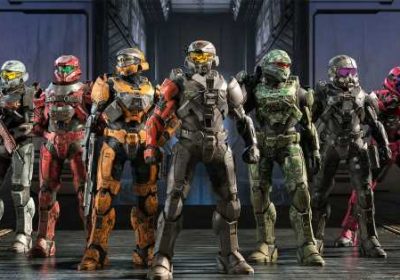 Despite the hype, Halo Infinite’s first two multiplayer test weekends didn’t grab me. I was initially impressed by its “classic” Halo feel. But despite its pre-release state reminding me of the glory days of Halo 3, I got bored after just a few matches, and began to wonder if a classic arena shooter is even something I want in my life in 2021.

But I held out hope for my favorite Halo mode, Big Team Battle, to eventually punch my ticket for the Halo Infinite hype train. And after a weekend of playtime in Infinite’s largest maps, with more teammates and power weapons, I now find myself comfortably sitting in coach, actively awaiting that Dec. 8 release date. While it’s still not finished, Halo Infinite’s Big Team Battle reminds me why I fell in love with Halo multiplayer as a kid. And it’s the first time that 343 Industries has successfully straddled that line between a modernized and classic feel.

It’s difficult to translate what made Halo iconic in the first place. It being the first console shooter with analogue sticks certainly didn’t hurt, but it’s more than that. Yes, many fights in Halo are decided by who is quicker with their melee button, but the series threw so many variables into the fray that it was thrilling in its unpredictability.

Kills were either instant or laborious, varying wildly if you were armed with a grenade or a rifle. And every map offered a new opportunity to learn your favorite weapons and vehicle spawns, forcing you to outmaneuver your opponents. Big Team Battle — or the original incarnation of Big Team Battle back in Halo: Combat Evolved’s custom games on Blood Gulch — added powerful weapons and vehicles into the formula. But no matter how big it got and how many new toys you introduced, every encounter always felt like a duel — even if your second stepped in to help before the duel was over. That’s Halo, and it’s something not even Bungie maintained through its time making the series.

Things changed with Halo 4. This first game in what was supposed to be a new trilogy came with the impossible task of both modernizing Halo for 2012 players and also emulating Bungie’s past successes. And with Halo 5: Guardians, 343 added mid-air stabilizer jumping, aiming down sights, and boosters that let you dash in any direction. In its quest to modernize Halo, 343 sped it up, and it lost all of that intimacy between duelists.

By taking the reins from Bungie, 343 had the unenviable task of future-proofing a beloved franchise whose strengths were not what many would consider modern. And while some players no doubt enjoy what 343 has done with Halo, it’s certainly hard to claim that Halo 4 or Halo 5: Guardians have the same pedigree as the original trilogy. But, if its multiplayer is any indication, Halo Infinite feels like a glimmer of hope for long-suffering Master Chief fans.

343’s restraint was the first thing I noticed with the Halo Infinite beta. Gone are the movement additions of Halo 5: Guardians. Left trigger still zooms in Infinite, but many non-zoom weapons just give you a binocular view. You can sprint in Halo Infinite — something the original trilogy didn’t have, and Reach only offered as a bonus armor power — but the speed increase is slight compared to many other 2021 shooters. In other words, you can pick up and play Halo Infinite with modern controls without retraining your brain to think like a 2007 Xbox 360 gamer. But these additions are small enough that they don’t betray what feels like simple gunplay.

In a small arena, Halo Infinite feels like classic Halo (with slight tweaks), but it doesn’t give me anything I can’t get elsewhere. It also doesn’t showcase the new additions that have made a splash in Infinite. Big Team Battle, on the other hand, offers a more unique experience.

Big Team Battle has that bombastic Halo feel, with Banshees flying overhead and Ghosts crushing the bodies of enemy Spartans. It’s what Battlefield always seems to want to be, but with a splatter of color and an otherworldly vibe. Duels happen on the sides of maps while three players in a Warthog attempt to steal the flag in a single, coordinated effort. It’s all reminiscent of Halo’s Xbox 360 glory days.

But just when it’s all feeling too familiar, someone zooms by on a grappling hook, reminding me that 343 has not, in fact, completely abandoned their acrobatic inclinations. On an individual level, Infinite is relatively slow-paced and simple. But the view at 30,000 feet — or just through the eye of a Banshee — is beautiful, explosive chaos that feels simultaneously classic and new.

Halo hasn’t felt like Halo to me in years, and I’ve missed it for so long that I convinced myself I didn’t want it anymore — like looking at the Star Wars sequel trilogy and thinking “maybe we should’ve stopped before we got to this?” But this weekend, I felt like Halo was back. And more importantly, I’m excited about its return.