There’s a certain expectation for video game sequels to do everything the previous game did bigger and better and also revolutionize the series in a way that previous games were not able, either through technology or time. This expectation may not always be fair, but when Borderlands 3 was revealed earlier this year, developer Gearbox Software emphasized the former rather than the latter. After some time with the newest game in the Borderlands 3 series, it looks to be bigger and better than every game in the series before it, and that feels like the way the game chooses to revolutionize itself.

The Borderlands 3 demo starts on the planet Promethean in the Meridian Metroplex, which is home to the Atlas Corporation. After the events of Tales of the Borderlands, Telltale’s episodic narrative set in the Borderlands world, Atlas has ended up in the hands of protagonist Rhys. A rival corporation, Maliwan, is attempting a hostile takeover of Atlas by invading the planet. Maliwan is working with the game’s villains, Troy and Tyreen, who are looking to drain the universe’s vault monsters and absorb their power. This leads you on a quest following Rhys’ second-in-command, an Atlas soldier named Lorelei. 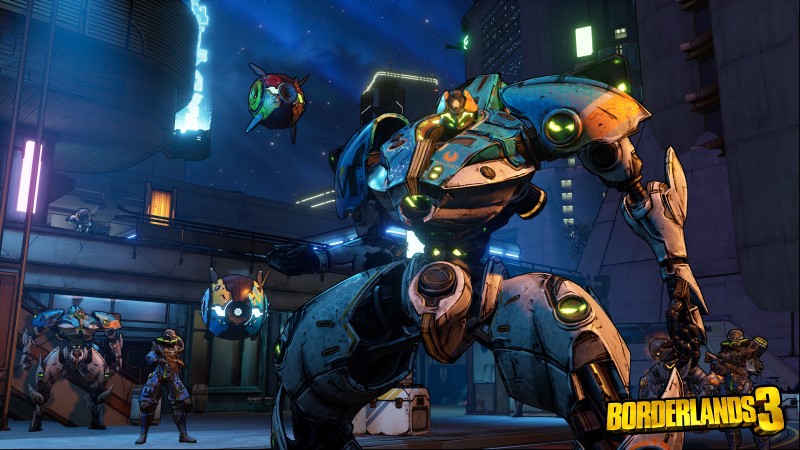 In this demo, Gearbox let players use two of the announced vault hunters, the siren Amara and the skilled operative Zane Flynt. Both characters, which are effectively different classes, tackle every encounter differently. Amara, unlike previous sirens Lilith and Maya, is a bit more of a bruiser who prefers to get into the middle of the action rather than crushing enemies from a distance. Zane, meanwhile, can use a drone to fire on enemies, set up decoys to also fire on enemies, and exchange places with a decoy at a button press.

Single-player Borderlands 3 often pairs you with AI partners that would be relevant during the story. On Promethean, the vault hunters caught up to Lorelei, who was looking for a way to send Maliwan’s goons and Tyreen’s zealots back to where they came from. She aids you in battle on a motorcycle with one surrounding giant wheel until eventually the players meet Zer0, the ninja vault hunter from Borderlands 2. The game seems to want to pair you AI characters during story missions because of their new ability to revive player characters, meaning you’re less likely to get into cycles of dying and respawning and getting frustrated. 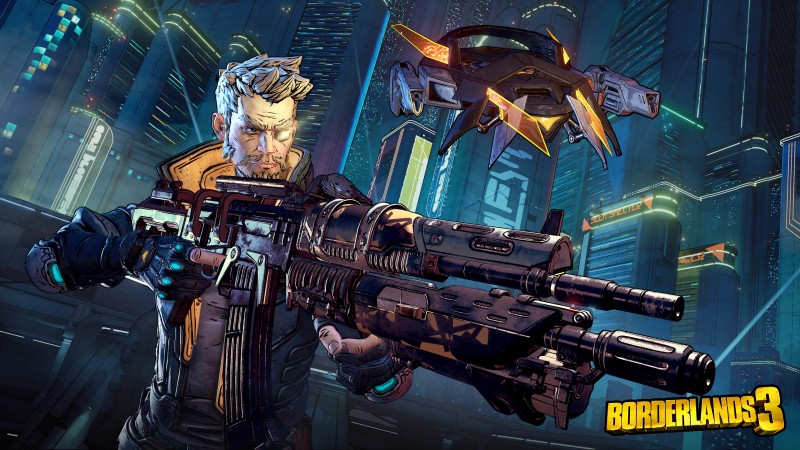 That said, while the non-playable characters can revive the player, this might still be too far, too busy, or too dead themselves to do it.

The biggest change to multiplayer Borderlands, however, is the introduction of loot instancing. What this does is, regardless of a character’s level, all loot will be appropriate for their level. If a player with a level 30 character joins a friend in a quest for a level 10 character, the loot will be appropriate for both in their own games. Moreover, one player taking the loot doesn’t remove it from the other player’s world. The enemies will also be level-appropriate for each character. This mode can be turned off to just play it like classic Borderlands multiplayer, as well, but it seems to be ideal for players that can’t always schedule the time to play with each other and may have a disparity between their levels and gear.

The demo concludes with a boss fight against the Gigamind, the enemy artificial intelligence controlling their security system, taking the form of a brain in a jar and a small body. Gigamind attacks you with dozens of small pieces of metal floating around him, seemingly designed to keep the player from standing in place and shooting at them. Eventually he succumbs to your gunfire and the brain he drops is given to Rhys in exchange for his help in tracking down the vaults.

In a lot of ways, Borderlands 3 acts like it is designed to fix criticisms of the series’ past, like movement-free boss fights and loot distribution. For a lot of series fans, the idea of a bigger Borderlands is more than enough, especially given the seven years since Borderlands 2. It is however a little unfair to call the third numbered game merely just a bigger Borderlands, as it is a more refined Borderlands from the get-go. The new ideas coalesce around tried and tested gameplay foundations to hopefully make for the best version of this concept yet.

We’ll find out for sure when Borderlands 3 releases on PlayStation 4, Xbox One, and PC on September 13.