Head Back to School in 2022 With Owlchemy Labs’ Cosmonious High 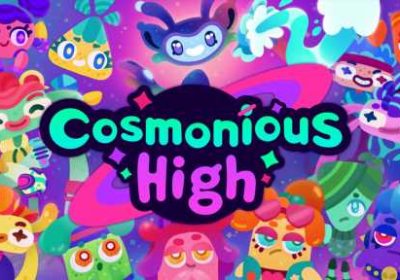 Virtual reality (VR) developer Owlchemy Labs is well known for its colourful and zany titles like Job Simulator and Rick and Morty: Virtual Rick-ality. Today, the studio has revealed its latest project, Cosmonious High, keeping to that same fun-loving formula that has served those previous videogames so well. But this time there’s even more chaos!

Cosmonious High is an alien high school with a quirky cast of characters and plenty of interactive features to keep players busy. Playing an alien who has crash-landed into the school on their first day of class, you’ll learn how to unlock and use special powers to help repair the school and return it to its former self.

Set to become Owlchemy Labs’ biggest VR world to date, Cosmonious High will feature dynamic characters that respond to natural gestures like high fives and fist bumps. Designed as one big interactive playground the school is filled with mysterious malfunctions to sort but you also have to make sure you attend class, you are a student after all.

From meteorites crashing through the walls to fires randomly breaking out, your hands will be able to magically adapt to the various situations, like turning into water to put those flames out. It’s not all work though, you’ll be given complete freedom to explore the school, chatting with students in the Grand Hall or heading to Chemosophy to perform some experiments.

“With Cosmonious High, we’re breaking all the bounds. Players can go anywhere, interact with any character they see, and use their powers to resolve—or cause—as much chaos as they want,” said Chelsea Howe, Product Director at Owlchemy Labs in a statement.

“We always pride ourselves in creating experiences that players can immerse themselves in while also injecting our own brand of humour and style. I believe we are doing just that with Cosmonious High; its world will feel familiar to our long-time fans and welcome new players,” Andrew Eiche, COOwl (Chief Operating Owl) of Owlchemy Labs, adds.

Owlchemy Labs aims to bring Cosmonious High to Oculus Quest and SteamVR headsets in Spring 2022. As new details are released, VRFocus will keep you updated.