Home » Reviews » Hitman 3 is absurd and hilarious, like trying to return a dead parrot

Hitman 3 is absurd and hilarious, like trying to return a dead parrot 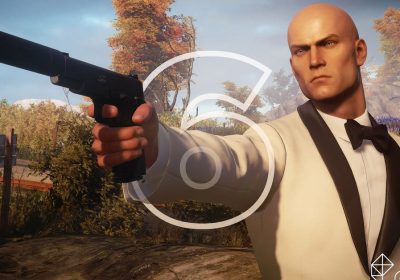 The elevator pitch for the Hitman series has always sounded way more grim than the games themselves: You’re a stone-cold killer who must use stealth to poison, stab, or shoot a wide variety of well-protected targets. Sounds like a pretty typical action game.

In practice, though, the Hitman games have more in common with Monty Python than James Bond. And Hitman 3 is the trilogy’s “Dead Parrot” sketch.

The best sketch comedy pairs the predictable with the wholly unexpected. In the case of the “Dead Parrot” sketch, a man walks into a pet store and demands a refund. It seems the Norwegian Blue parrot he purchased was actually already dead. This is a predictable consequence of someone buying a dead pet. Then the unexpected: The owner of the store attempts to convince the man that, in fact, the parrot is resting (later claiming that it must be “pining for the fjords” of Norway).

For our 2021 game of the year coverage, Polygon is celebrating our top 10 video games with a collection of essays. You can see our full Top 50 list here. Throughout December, we’ll also be looking back on the year with special videos, essays, and more!

Now let’s look at a typical mission in Hitman 3. One of your targets is a powerful businessman whose office is high up in a Dubai skyscraper. There are several predictable approaches to this mission. Maybe you disguise yourself as a member of his staff to get in close and poison his drink. Or maybe you just find a high enough perch from which to snipe your target. Both satisfying conclusions, but also lacking any spark of creativity.

Thankfully, Hitman 3 also tosses you a wide range of unexpected alternatives. You can loosen the railing on his balcony so that when he leans on it, he ends up falling 2,500 feet to the ground. Pretty goofy, but we can do better.

My personal favorite: Since you know he loves hitting golf balls off of his balcony, why not replace one of them with an exploding golf ball (that just happens to be available)? You also know that he only plays golf when he’s stressed out. So why not sneak around his apartment and turn on all the radios, which results in him storming off to go chillax with some golf? Now we’re talking.

Hitman 3 is constantly contrasting predictable assassin-y stuff with true nonsense. Most of the levels feel like they could be pulled from the most dead-serious action thrillers — super secret underground labs and jammed dance clubs, to name a couple — but the events that transpire within these locales are anything but serious. At one point, you sit across from one of your targets and basically fry his brain using his own experimental brain machine thingy, simply by encouraging one of his assistants to be a little more aggressive with the testing. In the dance club, you can dress up as a DJ and orchestrate a deadly laser light show to take out some goons that are trailing you. Later on, in a fancy Argentine vineyard, you manage to squish a target with an enormous grape press. Hitman 3 is all about pairing the expected with the unbelievable, resulting in high comedy.

And that’s just in Hitman 3’s campaign. Once you dive into the bonus modes like the Escalations, the wheels really come off. In one, you’re forced to demonstrate your assassin skills while wearing a solid gold suit and Halloween mask. To add to the fun, you’ve got unlockable loadout items like explosive rubber duckies to enhance your flair for the dramatic. It’s in these missions that things become truly absurd, with any pretense of realism thrown out the window.

In Hitman 3, Agent 47’s freedom is more important than yours

There’s nothing wrong with a game taking itself seriously. But when it comes to action games, it’s the default — the expected. Just from a simple mission briefing, you can pretty much guess what’s in store for you. The Hitman games, and Hitman 3 in particular, defy those expectations with hilarious results, turning what would be a grim tale of a bald killer into a shopkeeper attempting to convince a man that the parrot he bought is, in fact, sleeping.