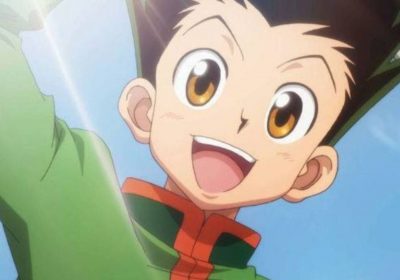 I see it all the time: people saying that the Hunter x Hunter anime will venture to the Dark Continent once manga writer Yoshihiro Togashi comes back from his lengthy hiatus. That would be cool – we love Kurapika in this house – but it would also need to be a whole new series. Hunter x Hunter (2011) is over, and it’s high time we all learned to accept that as an unequivocal fact.

I’m going to be talking about the end of Hunter x Hunter here, which obviously means there will be spoilers. I don’t think it’s anything you wouldn’t predict yourself, but if you’re adverse to that sort of thing, you can go and read about Hunter x Hunter’s only bad episode instead (episode six, a 23-minute trainwreck in painstaking slow motion).

The first thing we see in Hunter x Hunter is Gon trying to catch the Lord of the Lake, a massive, elusive fish his dad managed to reel in 20 years beforehand. The show begins as Gon finally nabs the fish after apparently spending a whole week concentrating on doing so. As soon as he pulls in his haul, he tells Aunt Mito that she needs to hold up her end of the bargain by allowing him to take the Hunter Exam (Mito can’t be blamed for thinking there was no reasonable way an 11-year-old could catch a pseudo-sea-monster that full-grown adults had been afraid of for two decades). Why does Gon want to take this exam? Because his dad left him with Aunt Mito when he was a baby and decided to never see him again. Does Gon want to find his dad to punch him for this? No… he wants to be exactly like him for some reason. At one point he actually says something like, “I want to be a Hunter so I understand why my dad thought it was better than being with me!” while smiling. 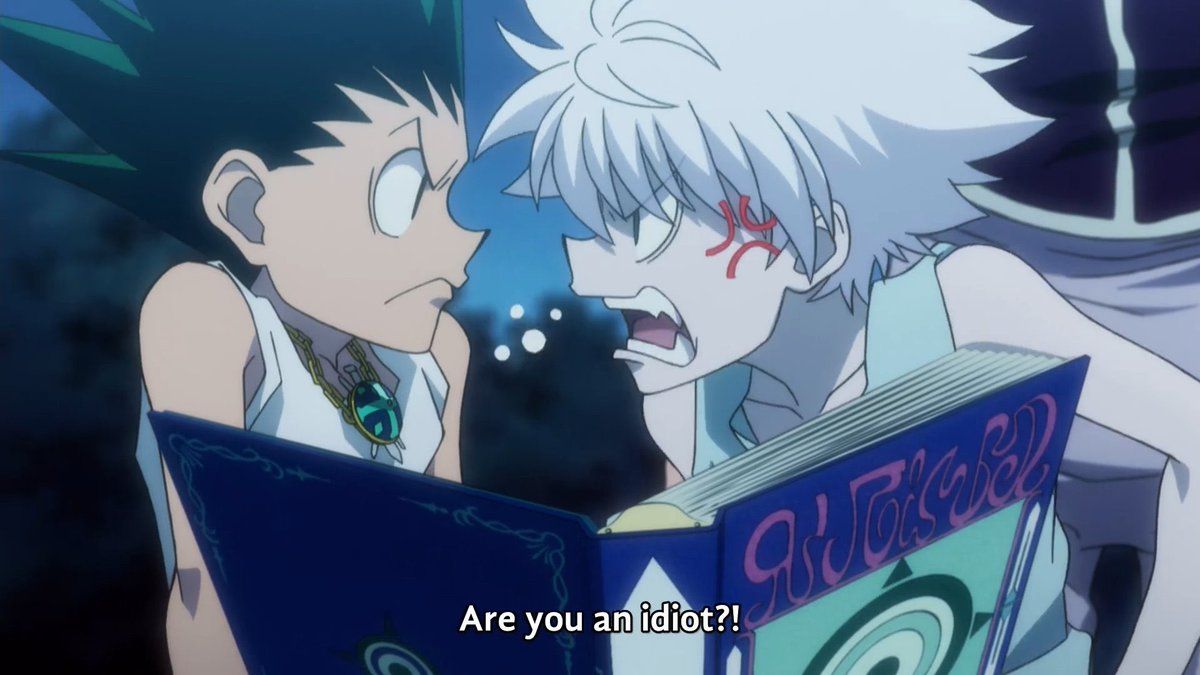 After over 140 episodes, Gon eventually finds Ging Freecss, his idiot dad. This happens in episode 145 after Gon has been resurrected from the brink of death. There’s still quite a bit of narrative to wrap up over the next few episodes, so it’s not until episode 148 – the finale – that we see Gon and Ging sitting down for a proper chat on top of the World Tree. They’re looking out at the Dark Continent, the same one I mentioned earlier, while discussing how the world is so much bigger than anybody even realizes.

“You should enjoy the little detours to the fullest,” Ging tells Gon, offering what’s probably the first piece of advice he’s ever given his son. “Because that’s where you’ll find the things more important than what you want.” It’s worth remembering that Ging is a Ruins Hunter, somebody who specifically looks for hidden archaeological sites – perhaps his best finds have occurred while he wasn’t even intentionally looking for them.

Anyway, all of this seems as if it could set something new up – Gon meeting his dad and learning to walk his own path in life. But hey, guess what? Gon has no access to Nen anymore, and Togashi still hasn’t confirmed whether or not he’ll ever be able to regain it. After the Election arc in the manga, it’s all Kurapika, meaning there’s a lot of material that the anime hasn’t even touched off yet. That being said, while the manga is still set in the same world and follows some of the same characters, Hunter x Hunter (2011) absolutely concluded in the perfect way. It brilliantly bookended Gon’s journey, while allowing all of the other characters to pursue their own lease on life. Despite the fact that Killua Zoldyck is the best character in fiction, this series was specifically based on Gon, whose story is over as we know it. It would feel weird to boot up another season and bring him back for some gratuitous fan service. It would also feel weird to continue on in this exact version without him – so let’s leave the last episode to rest, yeah? 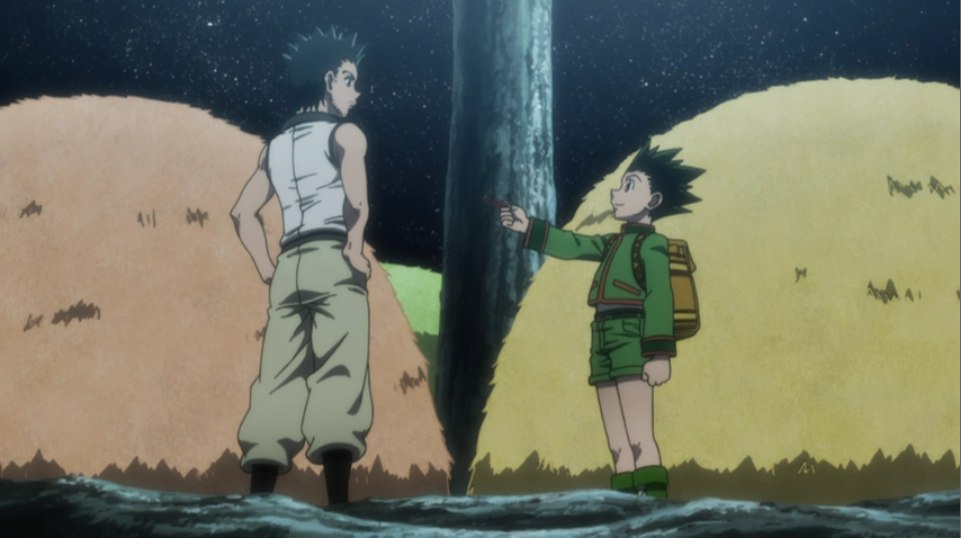 I’m not saying I don’t want any Hunter x Hunter anime. I would absolutely love for a studio to tackle Kurapika’s latest arc. What I’m saying is that it has to be different. Remember that there’s a whole Hunter x Hunter series aside from the 2011 one that most people are familiar with. The 1999 version covers the first few arcs, but entire episodes are radically different to the newer ones and the whole series stops before it even reaches the Chimera Ants – which is good, but nowhere near as good as the Election arc.

Basically, if we want more Hunter x Hunter anime at some point down the line, it will obviously still need to follow the manga, but it will also need to be a totally new series with new animation, new characters, and so on. Unfortunately I don’t see any reason for Gon to make a reappearance, and as much as I love Killua, I don’t want to see him again until his return has been written by Togashi’s own hand. Let’s leave Hunter x Hunter (2011) to the rest as the near-perfect series it is and keep our fingers crossed for new adventures down the line.

Next: Why Are Pokemon Gyms So Much Better In The Anime? 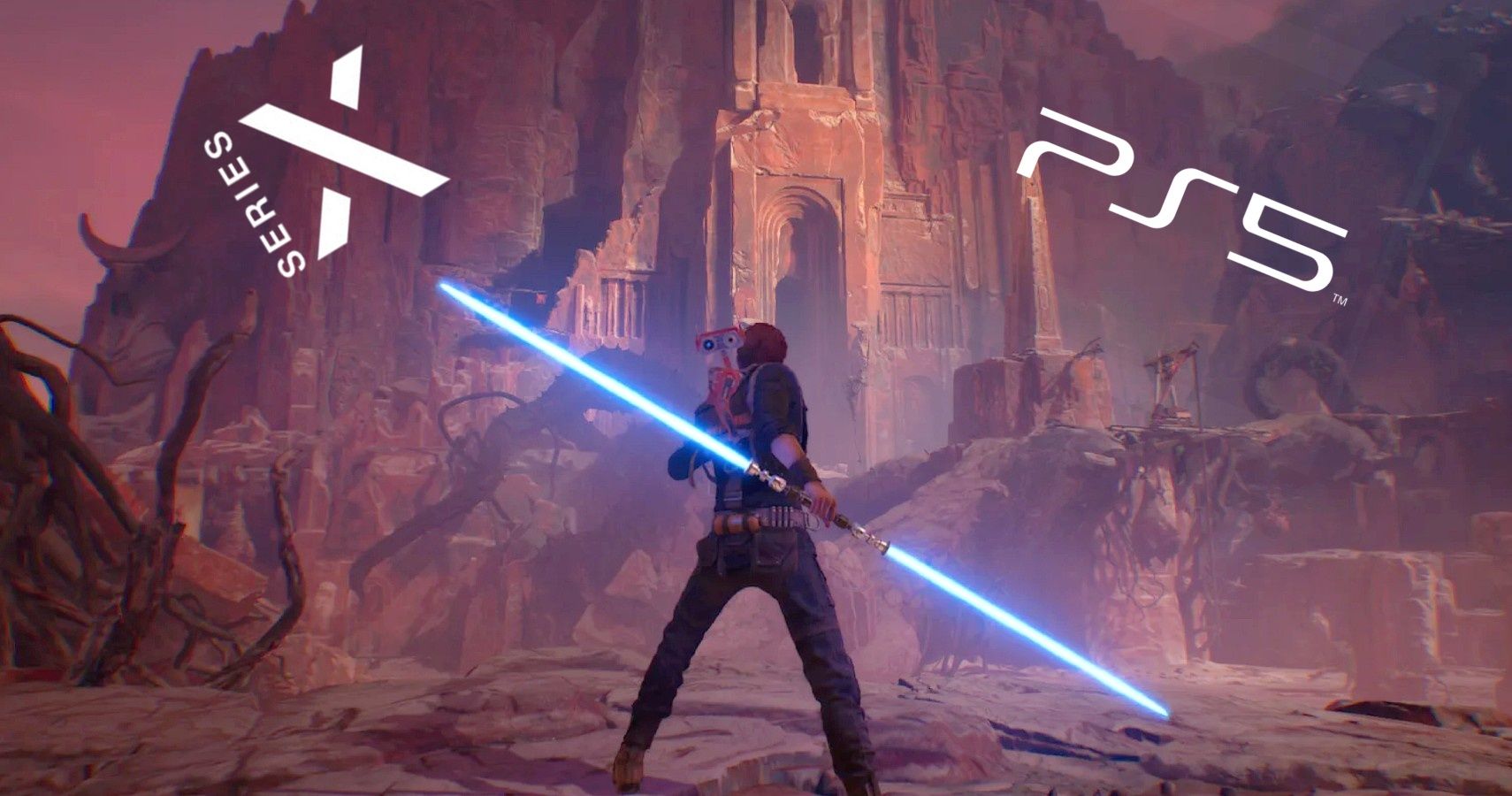