Home » Reviews » I Can’t Stop Raining Violence In The Ascent

I Can’t Stop Raining Violence In The Ascent 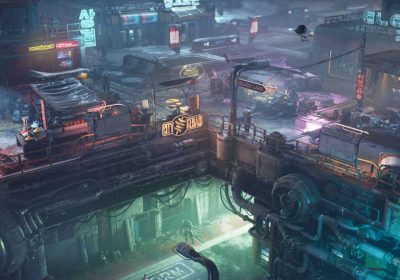 Underlying the frenetic flow of The Ascent is the steady pulse of gunfire. It’s like an energy that courses through the arcade shooter’s neon-drenched city, powering your tightly-wound shootouts against waves of enemies. When your avatar inevitably dies from taking too much damage, you can almost instantly start over, materialising once more at a nearby save point. Take a few steps towards the site of your bloody demise, and the intoxicating violence will begin all over again, where you’ll mow down legions of mechanical beasts, katana-wielding assassins, and gun-toting mercenaries, guided only by the fluidity of your instincts.

To be honest, The Ascent is, for the most part, a run-of-the-mill cyberpunk shooter. It’s mostly bereft of any particular nuance, with a story that’s rather prosaic for the genre. You’re an indentured person who has been tricked into a lifetime of servitude to a soulless megacorp, and would have remained that way if a local gang leader hadn’t noticed your aptitude for violence. Along the way, your allegiance will change several times, as you peddle your services to different faction leaders, but even that doesn’t change the gist of your assignments, which are always about shooting shit up. By and large, The Ascent is mostly a pretext for the developer to recreate the cyberpunk aesthetic with painstaking detail, complete with metallic skyscrapers, exotic Asian iconography, and bright neon lights. It’s very elaborate and pretty, but the setting is mostly just skin deep.

But shootouts are in a different league altogether. The Ascent is at its best when it’s pummeling you with enemy mobs, delivering a dizzying variety of cannon fodder for you to eviscerate. Weapon variety isn’t much to scoff at—you should mostly just stick to two or three rifles of your choice throughout the game—but firing at enemies is a hearty, meditative pleasure. Ammunition flows with ease from the mere tap of your trigger finger to the barrel of your rifles, while avoiding gunfire requires some nifty footwork and well-timed dodge-rolling. These manoeuvres fuse together into a resounding loop of shooting—and looting; precious goods and upgrades are plentiful, and they drop from corpses like ice in a hailstorm. You’re given some freedom to tweak your approach to combat too, such as equipping a module that lets you slam down onto a small crowd of black-suited henchmen with a hydraulic force, or summon a small nest of mechanised spiders against encroaching enemies. And with combat set against the backdrop of an opulent cyberpunk city, these make for a shooter that relentlessly pumps adrenaline into your veins, as it delivers some on-screen action that’s both pleasingly seamless and powerful. 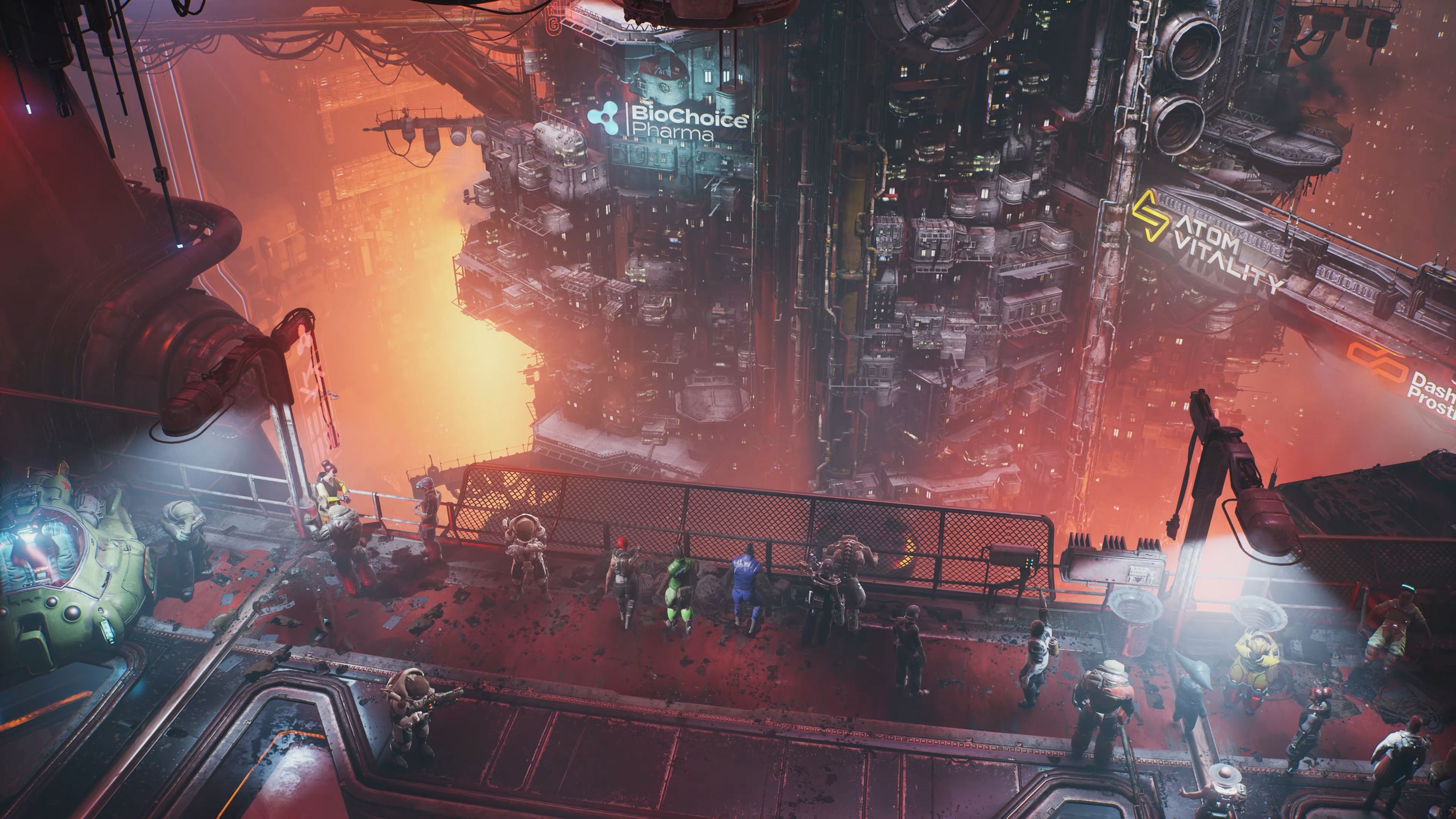 In the end, however, The Ascent has largely decontextualised all of its brutality from its cyberpunk roots. It has plenty of brilliant cyberpunk material—the nooks and crannies of its city look satisfyingly lived in and grimy—but it is also content with being an arcade shooter that coasts mostly by the sheen of its aesthetics and strength of its gunpower. I suspect this is adequate for many of its players, and part of me is pretty content, too, to mindlessly indulge in all of the reckless destruction it has to offer.