Home » Reviews » I Want To Play Pathfinder For The Art Alone

I Want To Play Pathfinder For The Art Alone 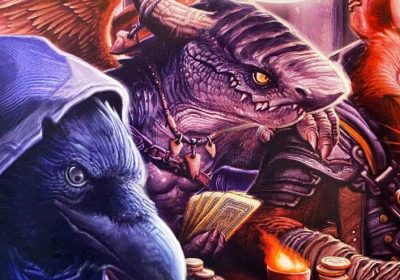 Someone please play Pathfinder with me. Paizo’s tabletop RPG offers a lot of character customization that D&D doesn’t, but try telling that to my friends. They don’t want to go through the trouble of learning a new set of rules, especially when they always hear how complex Pathfinder 2E is supposed to be. That’s reasonable, as adult life doesn’t leave much time to learn time-consuming games. But also, I just really want to play Pathfinder.

Here’s the thing, though: even if someone did earnestly comment “You can join my Pathfinder group!” on this article, I might not be able to accept. First, because strangers on the internet, and secondly because I don’t actually know the rules. I’ve gotten partway through the rulebook but other commitments always pull me away. Honestly, I just love what Paizo is doing with Pathfinder’s art direction.

Take the latest release, the Lost Omens Ancestry Guide. Ancestry is Pathfinder’s version of what other games call race. The new Lost Omens guide gives players a whole book of options that take them beyond the usual elves and dwarves. These new options let you play as kitsune, djinn, and even plant people. The plantfolk might be my favorite of all. 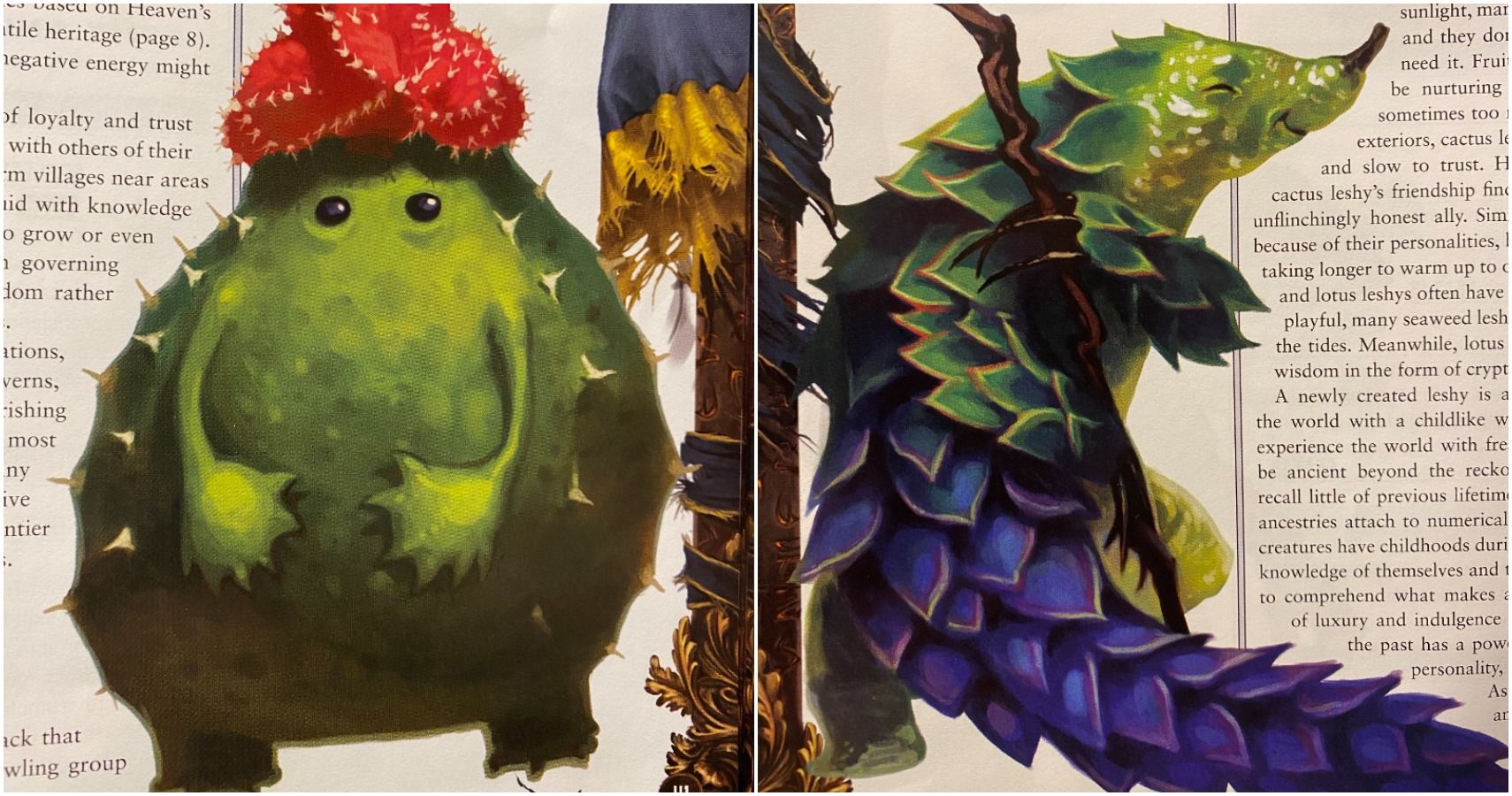 That’s saying something, as I tend to gravitate towards dragonborn, warforged, and other “cool” player races. But these little guys are so endearing I can’t help but come up with character concepts for them. On a similar note, I love how Pathfinder kobolds have big shark heads. 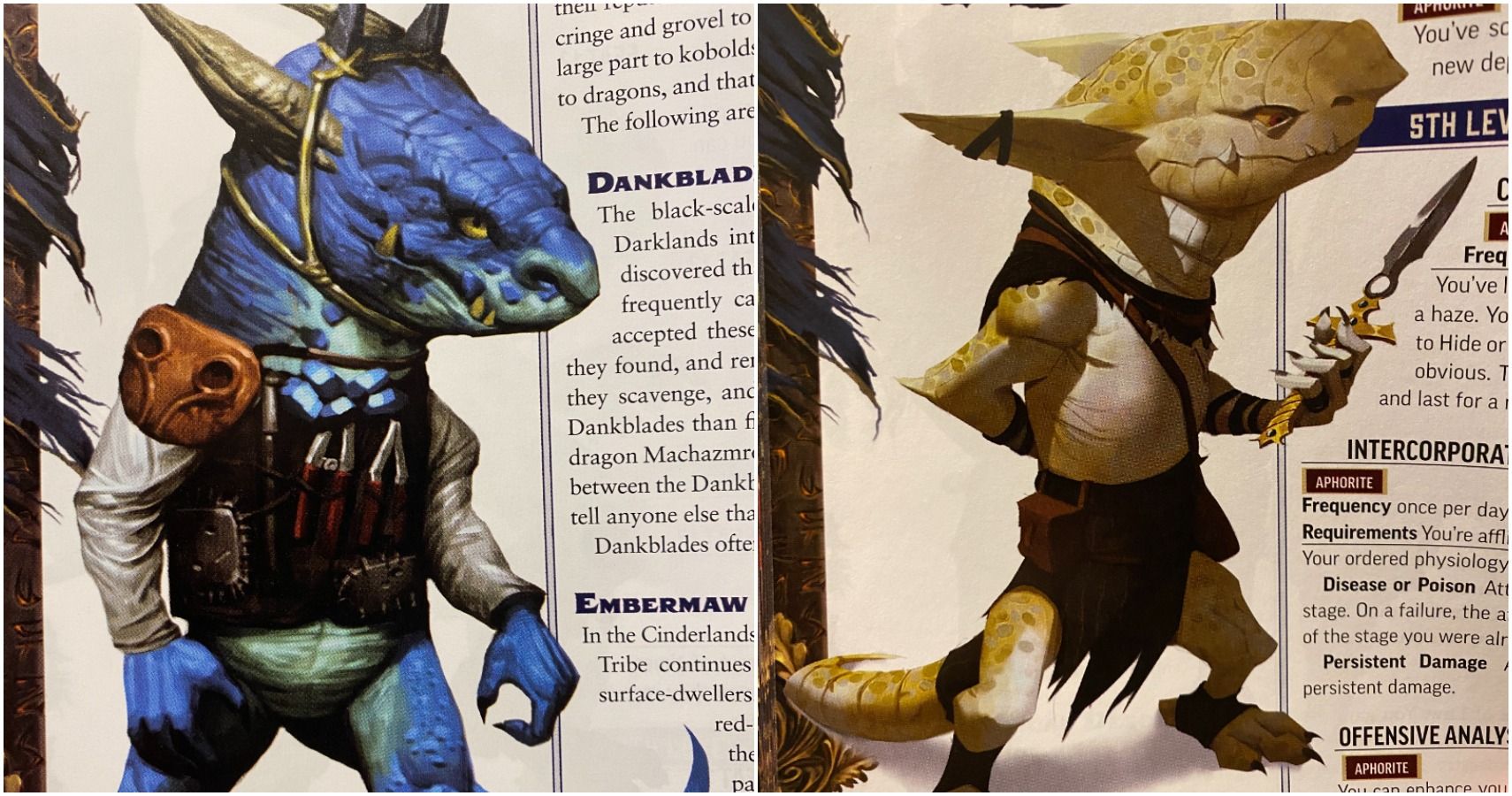 On the other side are fleshwarp, being that are mutated by magic gone wrong. The results are… disturbing. 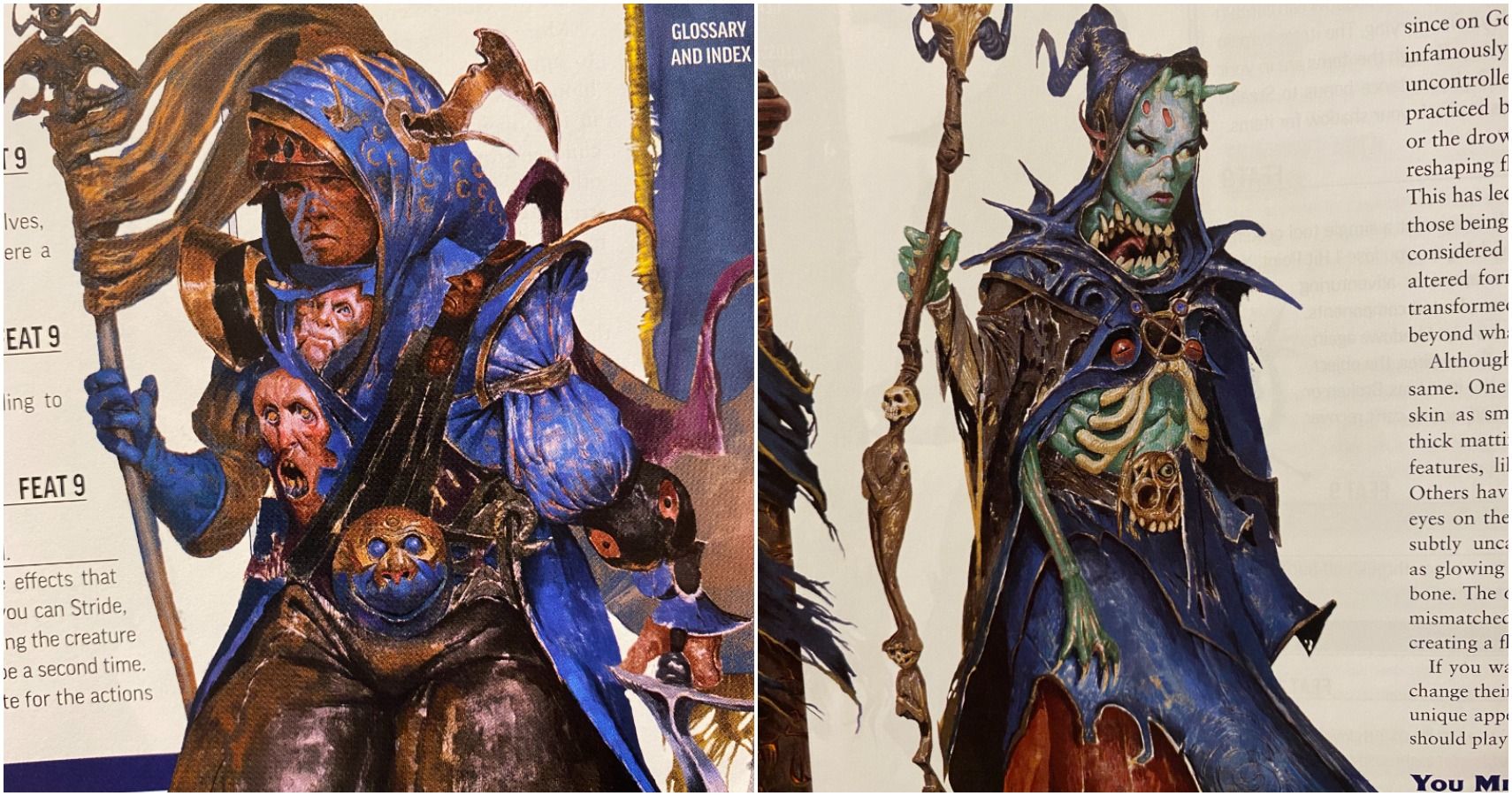 Finally, take a look at Pathfinder’s version of Tieflings. I like that it sidesteps the typical devilish depiction for something that feels more anime to me. 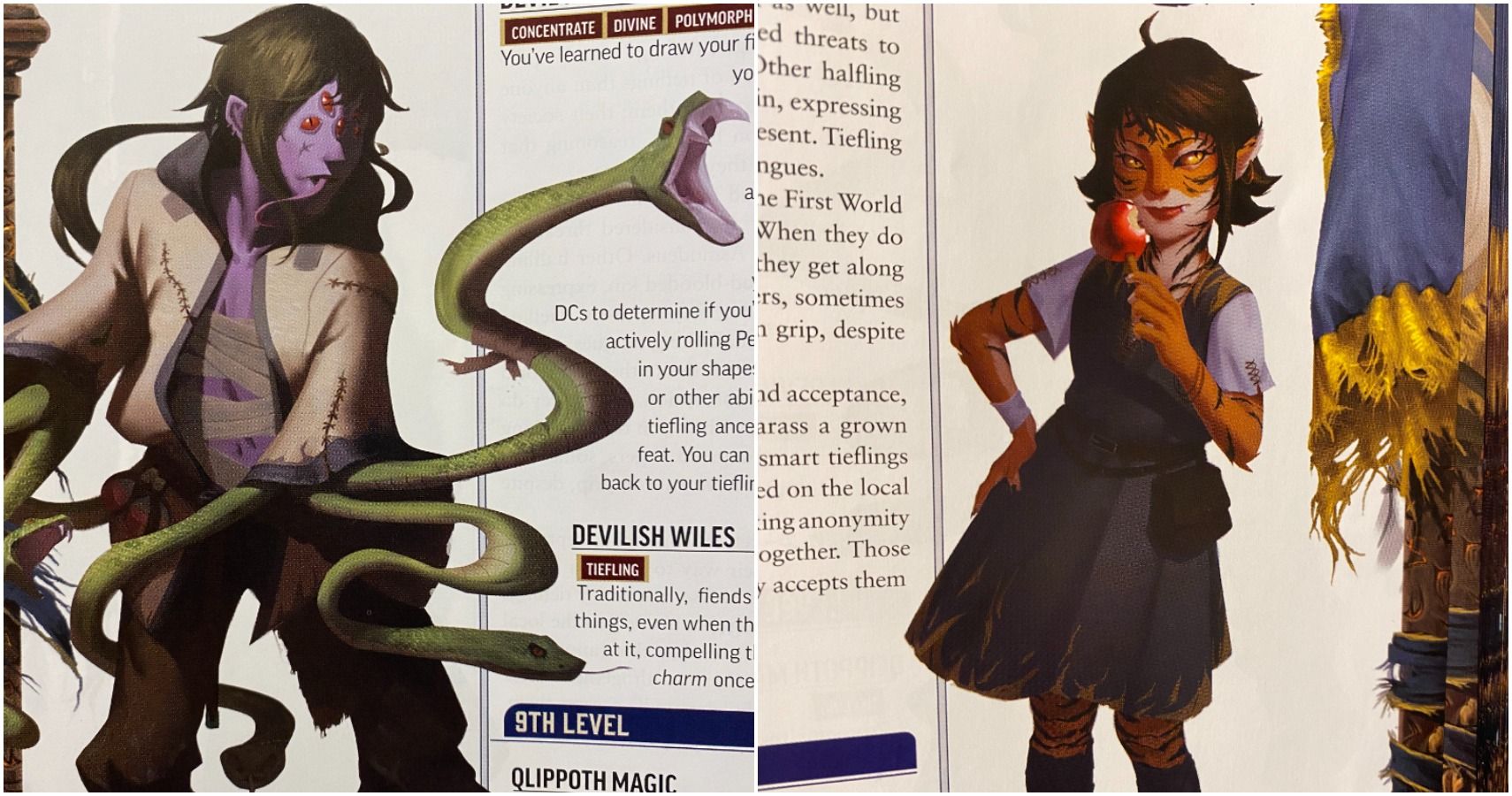 What I love most of all is the use of color and varying clothing styles put into Pathfinder characters. The art direction feels reminiscent of comic books in that it presents these dynamic characters whose personalities you can guess at just by seeing them. This makes it a wonderful inspiration for those using the Lost Omens Ancestry Guide to create characters. It certainly inspired me to create a few. Now I just need to finish reading the rules so I can actually fill out their character sheets…

The Lost Omens Ancestry Guide had art direction by Kent Hamilton. A review copy of the book was provided to TheGamer by Paizo.

Next: You Will All Know Me As The One To Bring Back The Legend Of Dragoon, And This Is How I Will Do It 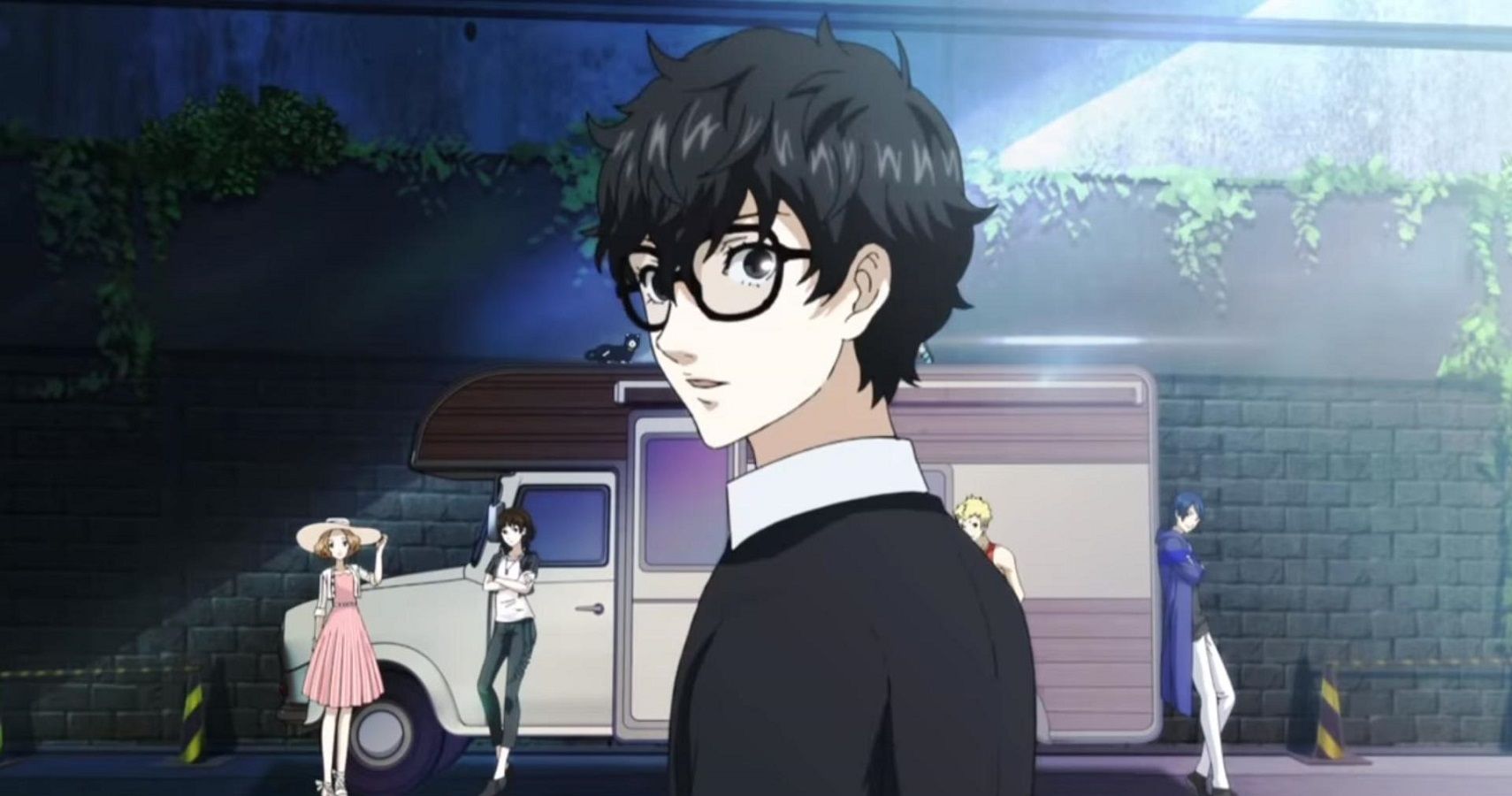