Home » Reviews » If Horizon Forbidden West Has A Machine Oliphaunt, I Want A Robot Fellbeast Too

If Horizon Forbidden West Has A Machine Oliphaunt, I Want A Robot Fellbeast Too 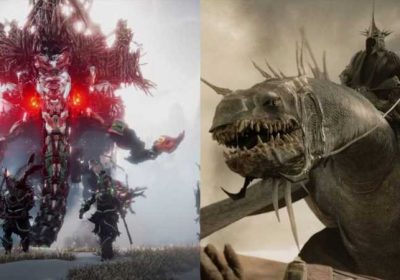 Did you watch the Horizon Forbidden West gameplay debut yesterday? What did you think? I reckon the new traversal systems looked great, while the more refined combat HUD will likely open the whole experience up for loads of new players who missed the boat with Zero Dawn. Ultimately, though, what we saw was just a 14-minute curated demo, which isn’t necessarily indicative of the 40-hour game it’s designed to be a shiny marketing tool for.

That being said, there was one part of said 14 minutes that made me jump out of my seat. At half past ten at night, mind – 30 minutes before bedtime and there’s me shouting at the telly!

I am, of course, talking about the robot oliphaunt, the enormous, elephant-but-not-quite-an-elephant kitted out with a bona fide war tower and tusks capable of skewering a Snapjaw as if it was made of tofu. As a professional Tolkien fan – in my dreams – I was booming all kinds of gobblefunk at the showcase. Even the war tower’s collapse looked like it was a string of short and not-so-sweet moments captured in Pelennor Fields and transported through time and space to the Forbidden West. 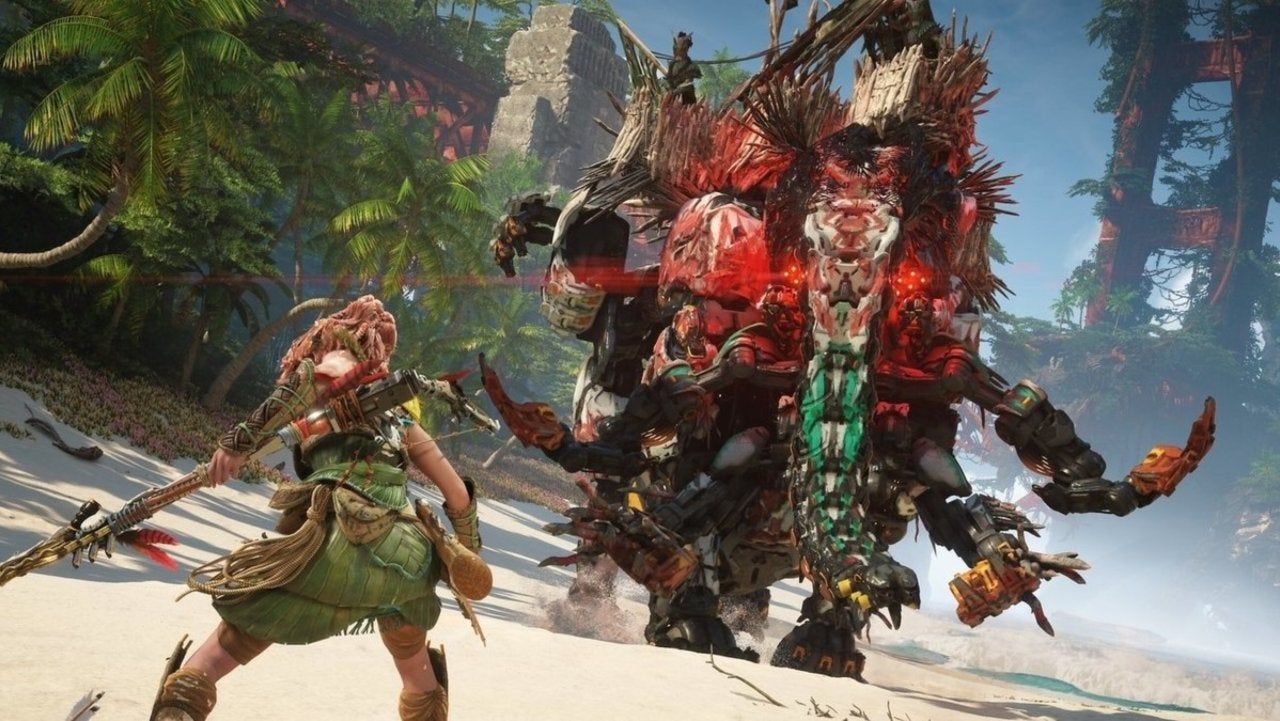 “More,” I shout, the three-year-old toddler in me overruling my adult brain, flicking porridge off the back of a spoon that has somehow appeared in my hand completely unbeknownst to myself. “Oliphaunt, good. But… More!”

Now, around 18 hours after the fact, I have almost entirely regained my 25-year-old brain. When I woke up this morning I was incredibly grumpy, probably because I was only at a mental age of around 14. I actually said I hated Forbidden West then, but 14-year-olds hate everything, right? The one thing I will say is that three-year-old Cian was right to demand more: this is my formal, official, in-no-way-greedy request, Guerrilla, for you to add a machinated fellbeast to your next fancy Horizon game. And no, don’t give it to the bad guys – let Aloy be a Nazgul, except, you know, with a face and not evil.

If you’re not sure what a fellbeast is, they’re the ugly worm dragons that the Black Riders fly about Middle-earth on. They’re ungodly creatures, really, with screams that sound like the image of your worst nightmare. In fact, their entire makeup is a bit of a sensory hodgepodge – they look like the picture of the worst smell a nostril has ever been unfortunate enough to inhale. A lot of that could be changed if they were machinated, though. All the scars replaced with wires, the worm head given a bit more of a shape, the wings stretched out into glorious, celestial ailerons of metal and progress. It would be great!

I mean, we already have mounts in Zero Dawn, and the Forbidden West trailer confirms that this feature is being carried over to the next game, too. We’ll have our metal horses, our metal antelopes – hopefully we can decorrupt the robot oliphaunt, eh? But to be honest, I don’t really fancy soaring through the skies on a Stormbird – if there are flying mounts at all, that is. What I mean is, if there are flying mounts, and Guerrilla is putting a big oliphaunt in Forbidden West, well… look, just take a gander at the rotten yokes flying out of Minas Morgul, alright? And turn them into robots. And let me fly through the skies on them. Cheers.