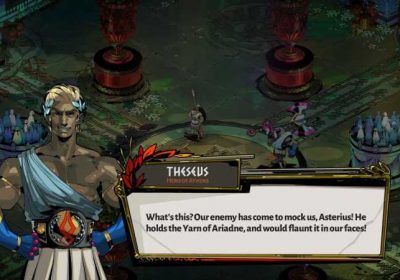 Lots of you hate Theseus and I just don’t get it. Yeah, he can be a bit of a posh prick who reckons he’s loads better than he actually is, but that’s what makes him so good. The thing about Theseus is that he’s just overcompensating, isn’t he – Prince Theseus himself, tasked with working for Hades, God of the Dead? He’d rather eat caviar that’s only a day away from its expiration date! If he’s been tasked with guarding the gates to Elysium for all eternity, he’s going to do it in his own way because he wants to, not because he has to. And to do that, he’s got to keep up appearances by calling you a vile wretch from the depths of hell, a foul monster who will never (see: always) breach the unconquerable (see: very conquerable) gates to the Temple of Styx.

I’m a big fan of Zagreus, or as Dionysus calls him, Prince Zag. He’s an excellent protagonist not just because of Greg Kasavin’s writing and Darren Korb’s voice acting – it’s the entire context surrounding him, both in terms of the real-life mythology he’s based on and the fiction of Hades that makes him unique. Without spoiling the plot of Hades, his exact character is integral to the resolution of the true ending, which means nobody else could have been the protagonist of this game. It’s a narrative that’s uniquely Zag’s, so if you don’t like showing off your pecs or adorning your shoulder with your favourite pet’s skulls, you’re best off spearheading a different story.

The reason I’m banging on about this is because it was recently revealed that Supergiant originally wanted Theseus to be the protagonist of Hades. I’m personally pretty glad that we got Zag – I gave Hades five stars and listed it as my top game of 2020, so it’s pretty clear I was happy with the direction the game went in. That being said, I wouldn’t be opposed to a different game from Theseus’ perspective, provided it was this exact iteration of Theseus. 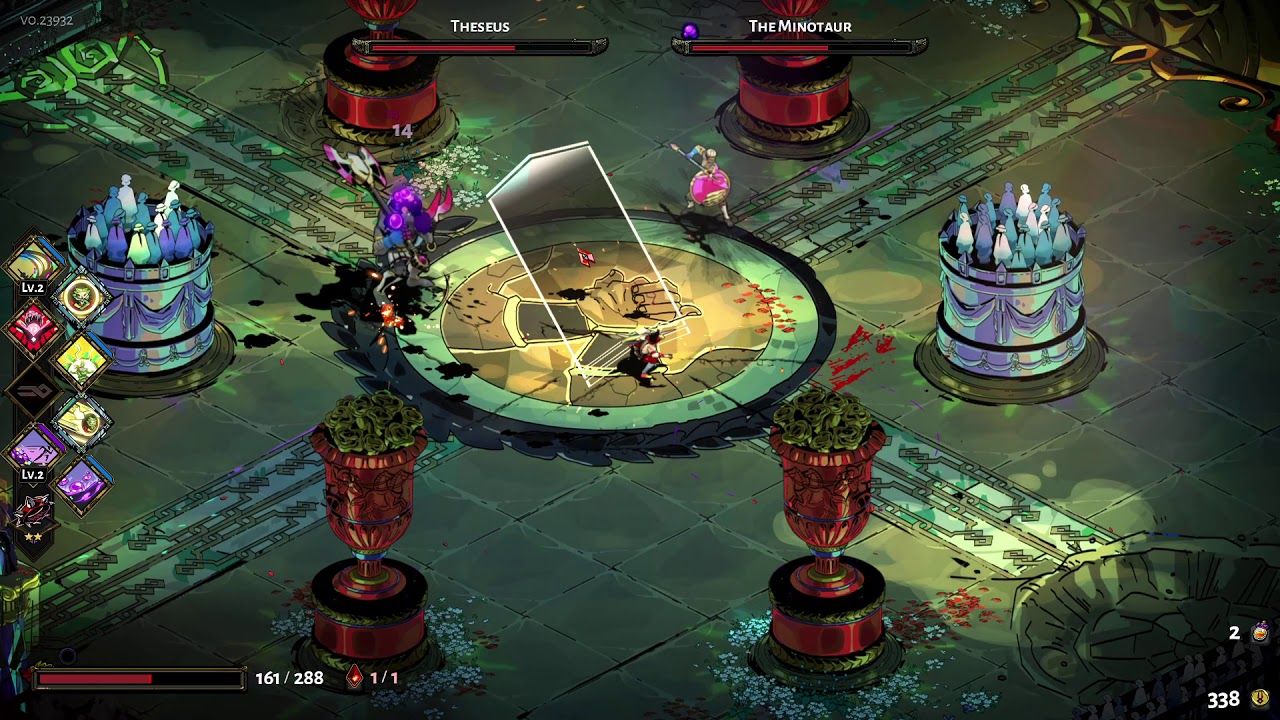 I think if Supergiant ever wanted to go back to its original draft of Hades with Theseus steering the ship, it could absolutely revise it in a way that feels fresh. I mean, Hades is the culmination of all of Supergiant’s prior games, being emphatically built on the formula for Pyre, so the studio already has the structure for such a game down. What’s more, I don’t reckon anyone would complain if a Theseus game reused the same mechanics, or even assets – a fresh story from a new perspective with this incredible cast of characters would be more than welcome, even if it were developed as DLC or a smaller spin-off project.

The main reason I think this is still worthwhile is that Theseus’ relationship with the Bull of Minos absolutely deserves to be explored in more detail. Theseus, who defeated the Minotaur on Earth, now guards the gates to the Underworld alongside him. While the Minotaur is honest about his respect for the Prince and plain about his admiration – or even affection – for him, Theseus uses his trademark bravado to simultaneously exaggerate and dismiss the dynamic they share. I’d love to play a game in which Theseus fights the Minotaur and then is forced to become his ally – and I’d love to see how that develops both up to and past the time we’re at in Hades. I also want a go of Theseus’ bullshit AoE attacks from the gods, or his ridiculous spear that absolutely has aimbot. After all those times he skewered me across the map while I was running away from Bull, I reckon it’s only fair we get to lob tracking spears at those annoying poison pricks in the Temple of Styx.

I’m personally of the opinion that a well-built world can include as many stories as you want, provided they’re consistent with one another and that quality comes first. Considering there’s already a rough sketch of what a Theseus game would look like, I don’t see any reason why its development wouldn’t add to the existence of Hades, as opposed to taking away from it. Yes, Hades stands tall as a perfectly good self-contained experience – but if the formula works, why not pull out a different test tube and add in a different reagent? Part of me believes that whatever Supergiant decides to work on next, it will absolutely smash it out of the park – or should I say pull off a slam dunk (Pyre players, please appreciate that). Another part of me is secretly wishing for that canned Theseus game, though, where we get to see Theseus, the Minotaur, and everyone else several years before and after Zag’s repeated escape attempts. Maybe we can even see Baby Zag when Theseus gets the job, or Baby Than – I reckon he was walking around holding a scythe like that while he was still in nappies.

Next: Video Games, It’s Time To Stop Wasting Worlds And Admit That GTA 4 Was Right