Home » Reviews » Legendary Pokemon Should Be More Than Five Feet Tall In Legends Arceus, Thanks

Legendary Pokemon Should Be More Than Five Feet Tall In Legends Arceus, Thanks 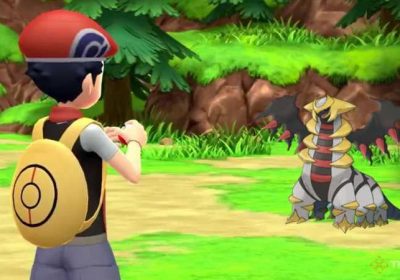 Legendary Pokemon have been part of the games since Red and Green, way back in 1996. Finding Mewtwo in Cerulean cave or glitching to get Mew were formative experiences for many young Pokemon trainers. Finding the Legendary birds dotted around the overworld was incredibly exciting – finding out Zapdos is only 5’3” is less so.

Pokemon size is a big issue in the franchise. There’s no real consistency between the games and the anime, but in theory, the Pokedex should be the final authority on it. The problem with that is, I simply refuse to believe that I’m taller than a Charizard. 5’7” may be tall to a child, but it’s not to me.

Pokemon size in general is all a bit weird. Blastoise and Slowbro are the same height, 5’3” and that’s plain wrong. I shouldn’t be able to pat a cannon tortoise on the head. Regigigas supposedly pulled the continents, but it’s only 12 feet tall. Don’t get me wrong, that’s tall, but it’s hardly large enough to call Regigigas the master of the Legendary titans – the tallest of which is only 6’11”. Some Legendaries are small, but if they’re designed that way then that’s fine too. Celebi and Mew should be small and cute, as should the lake trio. Deoxys and Mewtwo being relatively humanoid also makes perfect sense and doesn’t look weird. But if you’re telling me that Dialga, the master of Time isn’t even 20 feet – which I’m pretty sure is its length, not height, the Dex is inconsistent there – then you’re a fool.

There’s definitely an argument to be made that the handheld consoles simply wouldn’t be able to display truly huge monsters effectively. Have you ever seen a triple battle consisting solely of Wailords? It’s a mess. But, with Pokemon games now coming out on the Switch, there’s a lot of potential to rewrite history and resize the Pokemon. New Pokemon Snap did a decent job of sizing the critters, but I think Legends Arceus could really make or break the game’s Legendaries. A fully open world Pokemon game where wild Pokemon inhabit the overworld outside of battles is every Pokemon fan’s dream, and I really hope Game Freak doesn’t squander this opportunity to make Legendaries truly colossal. There is some terrific fan art out there that depicts Legendaries as they should be, giant forces of nature with the power to shape the world, rather than creatures barely taller than the average Scandinavian. All the pictures used in this article come from the Asteroid_ill Twitter account, which frequently posts truly terrifying Legendary Pokemon.

I think the best thing Legends Arceus could do is make Legendaries uncatchable. That may seem radical, but we’ve never really had any business catching them anyway. Does it not feel a bit weird to confine Lugia – the guardian of the ocean – in a tiny Poke Ball? Should the master of the fabric of space itself, Palkia, be thwarted by a Dusk Ball? Catching them was cool, but I think it’s time that was put to bed. Many players don’t even use them on their teams because it feels like cheating, so Game Freak should level the playing field and have the Legendaries play a different role, one that ties into the story rather than simply catching them all.

What I want from Legends Arceus is hulking behemoth Legendaries akin to the colossi in Shadow of the Colossus. Forget comparisons to Breath of the Wild. Imagine seeing a mountain in the distance, only for it to turn out to be Regirock – having to ride a Flying-type around it to weaken it or climbing through it with an Onix would be incredible, much better than paralyzing it and spamming False Swipe. That may be against the spirit of Pokemon, people directly attacking ‘mons and vice versa is quite frowned upon, but wouldn’t it be cool?

We don’t yet know the story of Legends Arceus, or what Legendaries or ordinary pokemon will be in it, so I know my chances of seeing kaiju-esque battles are pretty slim. However, that doesn’t mean the Legendaries can’t still be massive. They could be terrifying monsters that lay waste to villages or silent guardians who remain isolated and distant, yet vigilant. What would work really well would be a threat from the Distortion World, Giratina spreading darkness through the Sinnoh region. The game could see us uncovering the legend of Arceus (get it?) and eventually seeking an audience with it in a gigantic temple to beg it to aid humans against the antimatter threat. This would be far more compelling to me than fighting an Arceus that was the size of a big horse and then making it my pet, or taking down Giratina myself.

We never had any business catching Legendary Pokemon. It’s a feature that reduces them to collectibles and not the fantastical and mythical beings that they’re supposed to be. I really hope Legends Arceus makes them uncatchable, hulking behemoths. And also could it please resize all the classic Pokemon to make them not ridiculous? Thanks.