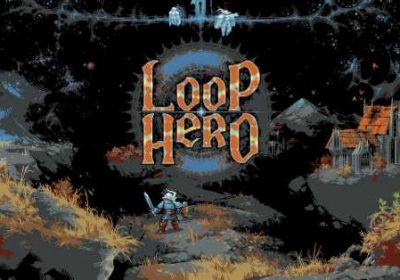 Loop Hero is a strategy game that’s also a fascinating meditation on parenting. The game takes the focus away from controlling the hero directly; instead, it’s your job to craft their environment, weapons, and abilities to get them ready for the road ahead. You can’t do it for them, but you can improve their chances of success.

The game drops you into a confounding setup. The world has ended, and no one quite knows or remembers what happened, or why. A lone hero is stuck traveling in a loop, but you don’t play as them; they operate completely on autopilot, fighting each monster they encounter, until either they die or you direct them to retreat to camp to preserve their collected resources. Each loop they complete will heal a percentage of the damage they’ve taken, and the power of their enemies and the loot they drop also increases with every loop.

Loop Hero inverts what you’re used to paying attention to in a game. Your hero and the battles they’re taking part in? You have no control over that, at least not directly; all you can do is organize their loadout. Meanwhile, the world itself? You create it. It’s someone else’s job to survive in it.

I never felt a direct kinship with my hero; I thought of them as someone else completely, and it was my job to prepare them for the battles ahead by supporting them with better items and healing, while not taking it too easy on them in terms of enemy placement and environment. This is the challenge I often struggle with as a parent: I want my kids to feel safe and supported, but I don’t want to remove so many challenges that they wilt at the first major test of their skills or abilities.

The hero is going to win or lose based on the environment you’ve created for them, and whether it’s designed well enough to help the hero grow and thrive.

Your world, your weapons, not your fight

Things start out simply at first, with your hero beginning the loop and taking on a few low-level beasties. Destroying the evil creatures that live on the loop earns you gear for the hero, as well as terrain or buildings that can be placed on the board to create a kind of map. The world cards are laid out at the bottom of the screen, with your gear on the right, under your active loadout.

You create your world using the cards, and each one means something different for your hero. Placing mountains raises your maximum hit points, for example. Each meadow tile you place earns you two hit points back at the end of each in-game day, which cycle past pretty rapidly. Those are the good cards. You also have to place cards that will spawn more enemies in the loop, but crucially, you can decide where you place those cards and how near they are to other cards. Once you put enough squares on the board, the boss appears.

Create enough of one kind of environment in an area by linking many of the same cards, and you may be surprised at how the world comes to life on its own. Putting two cards next to each other may make enemies even harder to kill, or you may find cards to put in a particular order so that the enemies being spawned have to fight both you and the environment.

Nothing exists in a vacuum; everything interacts with everything else. If you don’t place the squares with some kind of strategy in place, balancing the need to keep your hero healthy with the need to beef them up to be powerful enough to destroy the boss, you’re going to lose. Meanwhile, the hero is also collecting different materials throughout this process so you can level up your base camp, opening up more options for future runs.

You’ll also be earning gear as your hero fights to survive, and juggling your loadout is a constant, unending job. Learning about each magical effect takes experimentation, since Loop Hero explains very little. What will this ring with those stats do when paired with this shield? What even is “vampirism,” and could it be good in this context? You have to try different things and find out what works, much like parenting. Using trial and error to learn and figure things out is a great way to explore the world with your children, and it’s almost a mandatory skill to perfect your run in Loop Hero.

If you’re doing well, your automated hero will keep on their path and win their battles, as you keep swapping out their weapons and equipment for better loot.

If you do poorly? Well, you die, get sent back to camp, and lose a bunch of resources. But you always have a chance to take a deep breath, see if you can upgrade your camp, and head back into battle.

Respecting your time, and attention

Loop Hero has two gameplay states: adventure and planning. Your hero continues to move and fight during the adventure state. During the planning state, the hero pauses so you can consider your build and where to place your tiles. Switching between the two states takes a single button press. There are also toggles that can pause the game at the end of each loop, at the end of each battle, when hovering over units to learn more about them, or when hovering over items during battle.

It’s a game changer, giving you complete control to take as much or as little time on each decision as you would like, thereby removing the sense of urgency and time pressure that could make the game an overwhelming mess. Unfortunately, this part of the game is not like parenting, although there have been many times I’ve wished I could call a real-life timeout to figure out what to do next.

This isn’t an idle or clicker game where you can look away and let it play itself for long periods of time; you’re going to get crushed if you’re not constantly juggling the world tiles and your inventory. But with the right settings, the game will pause itself at times when your attention is likely needed, making it an easy experience to multitask and play at a glacial pace as you watch Netflix or juggle another activity. It’s designed to enthrall you when you can give it your time, and to dutifully wait for your return if you get pulled into something else.

While I was sometimes frustrated by the number of systems that Loop Hero doesn’t explain, I still never want to look up the game’s secrets. Trying something new, or trying to break out of potentially bad habits by placing tiles randomly, often brought about unexpected results. I’m used to feeling like an adventurer who bravely sets out to save the world, but I’ve never felt like the act of world creation itself was casting a spell, with each tile and overall strategy causing it to be either more or less effective at keeping my hero alive.

By placing the focus squarely on the need to craft a world and set of equipment that will give your autonomous hero the best chance of success, Loop Hero created one of my favorite metaphors for being a good parent. I want my hero to save the world, and I can’t do it for them, so I better figure out the best way to get them ready to handle it themselves when the time comes.

Loop Hero is out now on Linux, Mac, and Windows PC. The game was reviewed on Windows using a download code provided by Devolver Digital. Vox Media has affiliate partnerships. These do not influence editorial content, though Vox Media may earn commissions for products purchased via affiliate links. You can find additional information about Polygon’s ethics policy here.