Lost Judgment juggles a lot and fumbles most of it 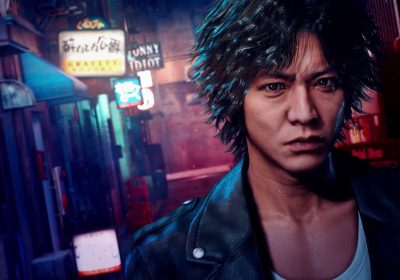 A rotting corpse lies undiscovered in a derelict building in Isezaki Ijincho, Yokohama. Meanwhile, a police officer goes on trial for sexual harassment in Tokyo. Over the course of Lost Judgment, Takayuki Yagami of the Yagami Detective Agency slowly uncovers how these two events are related. The sequel to the Yakuza spin-off Judgment features an entirely new narrative that seeks to propel the series forward, and build on its solid foundation as a legal drama. Unfortunately, Lost Judgment falls into the same narrative pitfalls as the genre it draws direct from, losing the strength of its core message for the sake of unnecessary twists.

Lost Judgment is a slow burn that requires patience from the player. The pacing of the plot only picks up after five to six hours of slow-paced investigation of the two interconnected crimes. Eventually, innocuous details turn into their own individual plot threads that come together in an explosive finale. That’s what anyone familiar with the Yakuza series, or Judgment, would expect.

While the story unfolds, however, it becomes increasingly intricate in the ways that most Japanese dramas do, to the point that it becomes overly complicated. Eventually, those story threads pull together into an overarching plot about the systemic issue of bullying in Japanese school systems, but it’s undermined throughout by a clear lack of focus. Lost Judgment also throws the involvement of criminal organizations into the mix, which feels more like something that had to be done purely because of its ties to the Yakuza series.

Regarding its most sensitive subject matter — the depiction of sexual harassment — Lost Judgment fumbles and oftentimes spectacularly fails. One specific instance effectively undermines survivors of sexual harassment speaking out against abuse, all for the sake of a twist. Additionally, while Lost Judgment doesn’t hide the fact that extremely serious topics will be discussed, and serve as integral plot points, players may not be aware of how graphic these aspects will be. A video depicts a severe case of abuse that includes sexual assault against a minor; it is shown in full detail once, and then excerpts of the video are shown again several times. Since it is considered a piece of evidence, players use it throughout the overarching investigation to elicit responses from various parties involved. It feels excessive, inappropriate, and unnecessary. The story of Lost Judgment could have moved forward without showing the video at all, and it still would have examined the issue of systematic bullying in Japan — there are numerous points throughout the story where characters provide statistics of abuse, as well as the justice system’s inaction and failure to side with these victims.

Yakuza examines masculinity with care, but leaves women behind

Regarding the game’s treatment of women, it feels oddly more regressive than previous Ryu ga Gotoku Studio’s titles. Women are relegated to two specific roles within the narrative of Lost Judgment — the victim or the abuser, with no middle ground or any sort of character development to make them into anything more than plot vehicles. While some of the stories feel extremely real and sympathetic — specifically the first case of bullying the player encounters at Seiryo High — these characters are quickly set aside and only reappear when it’s convenient for the plot.

The early game breaks up its more serious crime drama storylines with the sudden inclusion of absurdist side stories. One moment you’re on a rooftop talking to a teacher about how a student had committed suicide due to inaction from the school, and the next you’re being forced to walk a dog with a knack for detective intuition around Izesaki Ijincho. It feels like complete tonal whiplash, and something Lost Judgment could do without.

Thankfully, investigations are a lot easier and simpler than they were in Judgment, as stealth mechanics and trailing targets have been largely relegated to side-stories. There are a few instances of these gameplay mechanics appearing in the main story, but not enough to be significant or particularly irritating. Most investigative actions in the main story are done through observations, or by simply chasing your target and tackling them to the ground to ply information out of them.

There are optional activities aplenty, and Lost Judgment lends itself well as a piece of virtual tourism. Kamurocho and Ijincho look incredible, with each city featuring its own distinct landmarks and attractions. Sub-stories and mini-games are available in both locales, though Ijincho has more abundant activities, including School Stories — unique side-cases that feature Yagami interacting with Seiryo High students to solve mysteries or even help the Dance Club create new routines. While a standard playthrough of the game’s main story takes roughly twenty hours, players will get at least another ten or more if they’re looking to complete every morsel of content available.

The graphics are also a huge step up from the first title, with the PlayStation 4 version of Lost Judgment nearly looking as good as the PlayStation 5 re-release of Judgment. The character models are rendered beautifully, and even characters that aren’t modeled after actors display similar attention to detail. It creates a wholly immersive experience, with some photographs taken through the in-game camera phone looking like actual snapshots of the cities Ijincho and Kamurocho — barring the crowds of people. This is arguably one of the best things about Lost Judgment, as it just shows how spectacular games can still look on the PlayStation 4.

Combat has also been beefed up since Judgment, with a third fighting style added into the mix. This new style, dubbed the Snake style, features a concentrated flurry of blows and not only adds a greater sense of diversity to the combat, but also works great for countering enemies. I primarily used Snake style while playing the game, not just for its utility but because it was accompanied by a stellar music track when selected as my primary method. Players can still freely swap between styles while in combat, which helps push momentum forward through flashy EX finishers and incredibly smooth transitions between kicks and punches. Even these slight adjustments to Lost Judgment’s standard action-RPG combat keep fights interesting in the long run, even if you’re being bombarded with wave after wave of enemies in the late game.

Review: Yakuza Like A Dragon has flaws but sticks the landing

There is just so much to do in Lost Judgment, both to its benefit and detriment. The story felt so bloated by the time it hit its climax that I was relieved to see it end. Ultimately, this is another case of one step forward, two steps back for Ryu ga Gotoku Studio, just like Yakuza: Like a Dragon and its presentation of topical issues in Japan. Even though Lost Judgment tries to open a conversation about bullying and sexual harassment, those themes end up taking a back seat in favor of bombastic drama. Lost Judgment succeeds in its emulation of a Japanese legal drama, but it’s a mediocre one that would have benefited from a smaller scope, or at least, a better grasp on what it’s trying to comment on.

Lost Judgment will be released Sep. 24 on PlayStation 4, PlayStation 5, Xbox One and Xbox Series X. The game was reviewed on PlayStation 4 using a pre-release download code provided by Sega and Ryu Ga Gotoku Studio. Vox Media has affiliate partnerships. These do not influence editorial content, though Vox Media may earn commissions for products purchased via affiliate links. You can find additional information about Polygon’s ethics policy here.