Monster Hunter Stories 2 Is The Comforting RPG I Desperately Needed 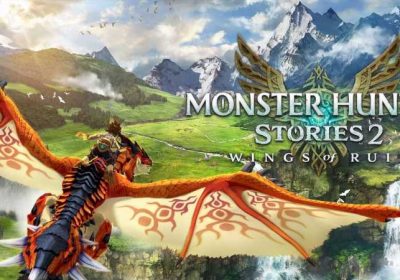 I’ve never beaten Persona 5. To be honest, I’ve never really gotten that far into what is often celebrated as one of the greatest JRPGs ever made. As someone who grew up with the genre and prides themself on being an expert on it, it’s a glaring spot in my back catalogue that sorely needs addressing. But I’m unsure I’ll ever climb that mountain – the sheer time investment required to conquer Persona 5 pushes me further away whenever I consider it. I’ll get there one day, but for now, I find myself turning to more approachable examples in the genre.

This is where Monster Hunter Stories 2: Wings of Ruin enters the arena. I recently previewed the upcoming spin-off, and will continue to gently make my way through its cutesy world and welcoming narrative in the coming weeks. While I can only talk about the opening two chapters right now, it’s more than enough to convince me that Capcom has crafted a masterfully approachable entry in an otherwise daunting genre, and it’s all the better for its forgiving nature. Whether you’re an amateur or an expert, you’ll feel right at home when creating your rider and venturing into this inviting world.

Wings of Ruin is still a challenging experience, but one with a pace that perfectly fits newcomers to the genre or those who simply want a more forgiving endeavour that isn’t going to force endless grinding sessions or make them repeat a whole dungeon because of one formidable boss encounter. On the contrary, Monster Hunter Stories 2 is keen to hold your hand every step of the way. 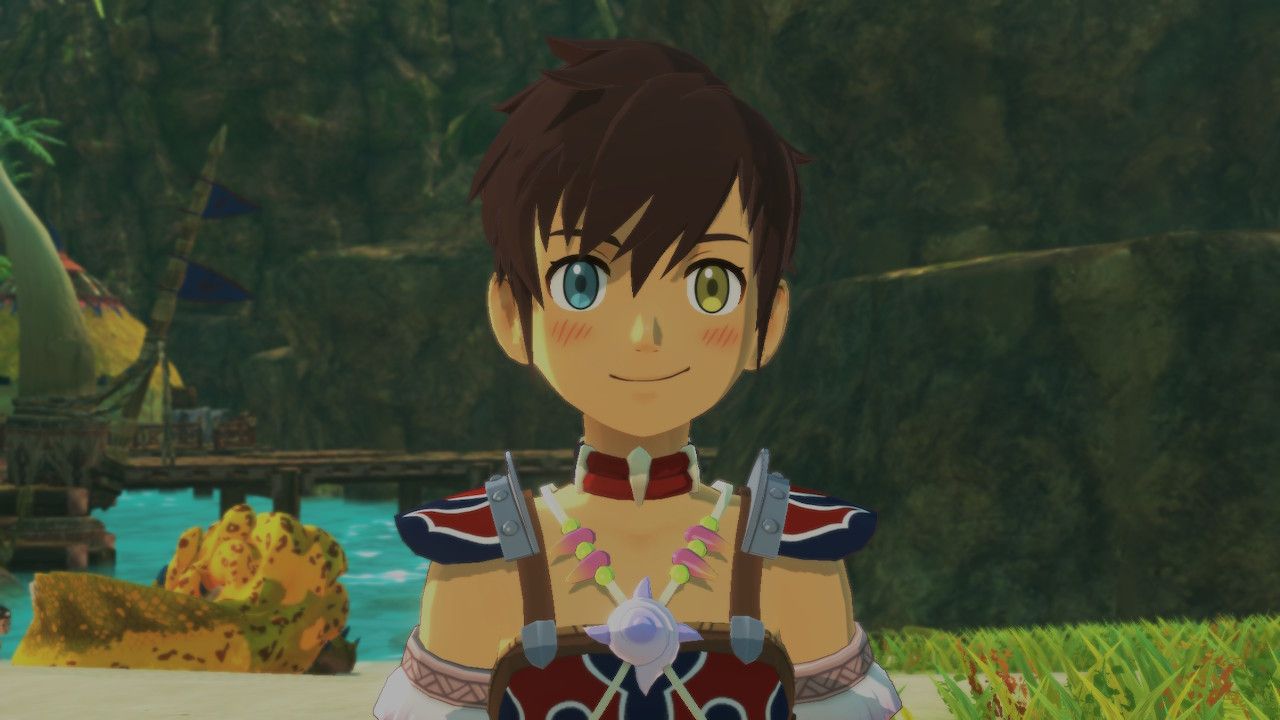 Fortunately, this guidance is never suffocating, but instead feels encouraging, like you’re being nudged in the right direction without the slightest semblance of pressure. It’s liberating, especially off the back of more daunting games like Final Fantasy 14 and Scarlet Nexus. Here, I was the leader of my own adventure, and I can dictate the pace to my liking. As someone who often needs to speed through games without taking time to stop and smell the roses so I can turn in a review, being offered a game which isn’t going to beat me to a pulp is oddly refreshing.

From the opening moments, it’s clear that Monster Hunter Stories 2 is keen for you to take in the good vibes. Aside from the introducing core combat mechanics and the importance of recruiting monsters and crafting equipment, you’re free to take on quests and explore much of the world however you like. Granted, you’ll be somewhat limited by the main quest which inevitably grants access to new areas and characters, but there’s nothing stopping you from taking on quests, building an unstoppable party, or just retiring to your house to take a nap. 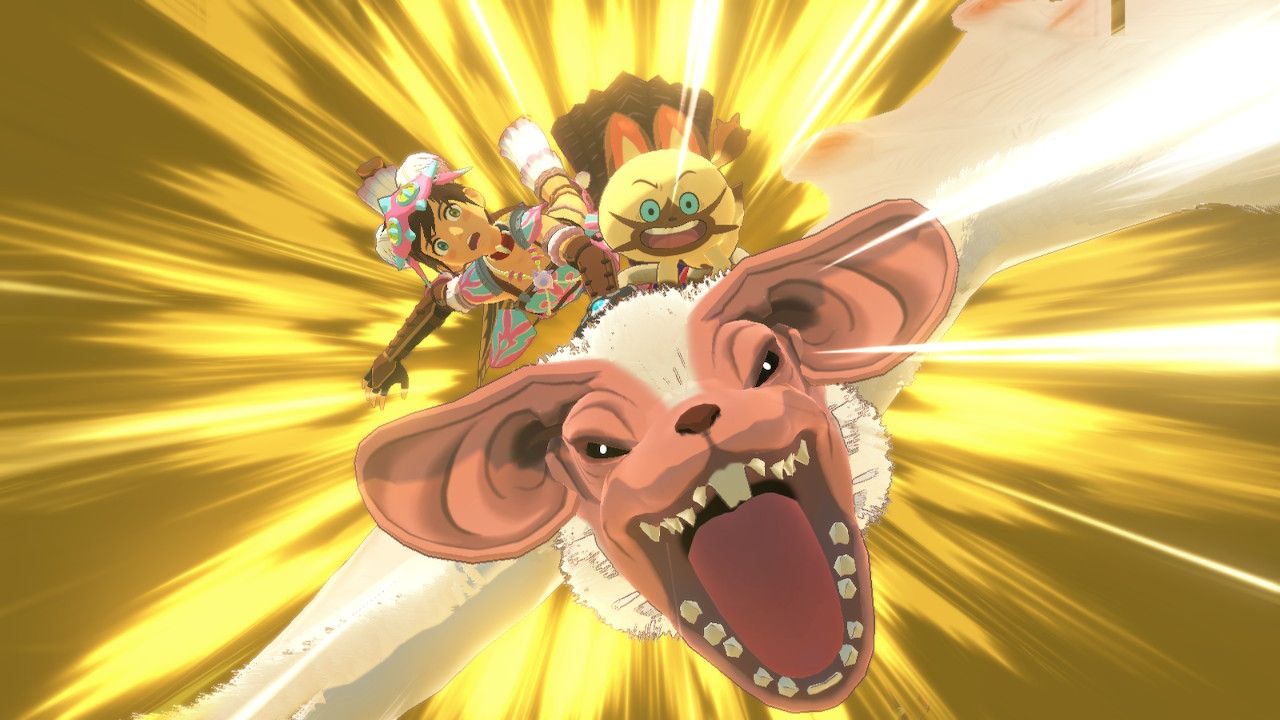 The main story is completely serious in its themes and execution, but always takes time for fun, and never forces you – at least not yet – to embark on epic missions that pull away from the open world for an extended amount of time. Much like Monster Hunter Rise and World before it, player freedom sits at the core of the design ethos, with story, combat, and crafting being built around it in whatever way works best for you. I’m easily distracted due to my ADHD, so I often have trouble focusing on a single task and venture off into optional activities even when I don’t mean to. But this didn’t matter, since the game worked around my priorities, never pushing back or forcing me down a specific path.

Monster Hunter as a series is known for 40+ minute battles that require ample preparation and intense cooperation between players, and to put it bluntly – this isn’t for everyone. This side project feels like a meaningful middle ground. It expands on the foundations of its world while exploring a new genre and cutesy aesthetic that draws in young audiences without sacrificing the property’s most unique qualities. It’s the best of both worlds, and from everything I’ve played so far, it could be one of the year’s most surprising gems. It’s been a rough year for me already, so having something like this to sink into means so much, and I hope my remaining hours with it manage to impress just as much. 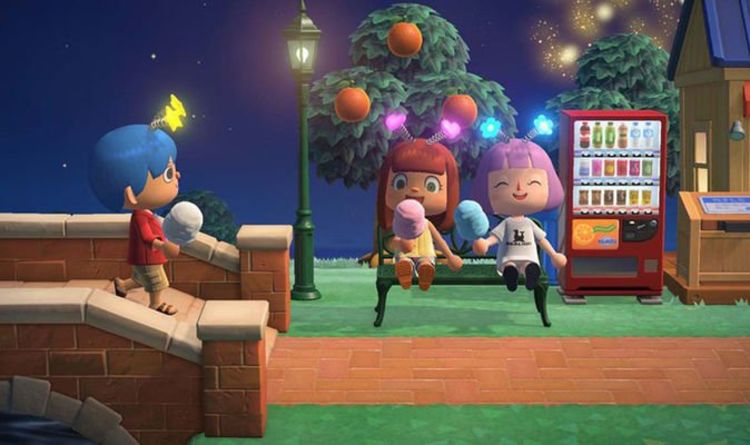