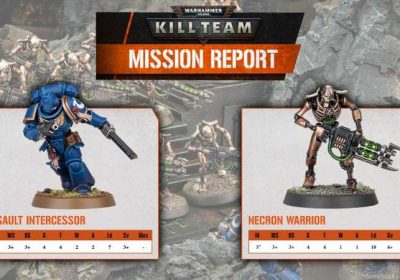 GW provided a sneak peek into the next expansion for its tabletop boxed game, Kill Team. This will see the Indomitus era Space Marines and Necrons face off in close-quarter combat. In a recent mission report posted on the Warhammer Community website, GW focussed on Space Marine Assault Intercessors and Necron Warriors. 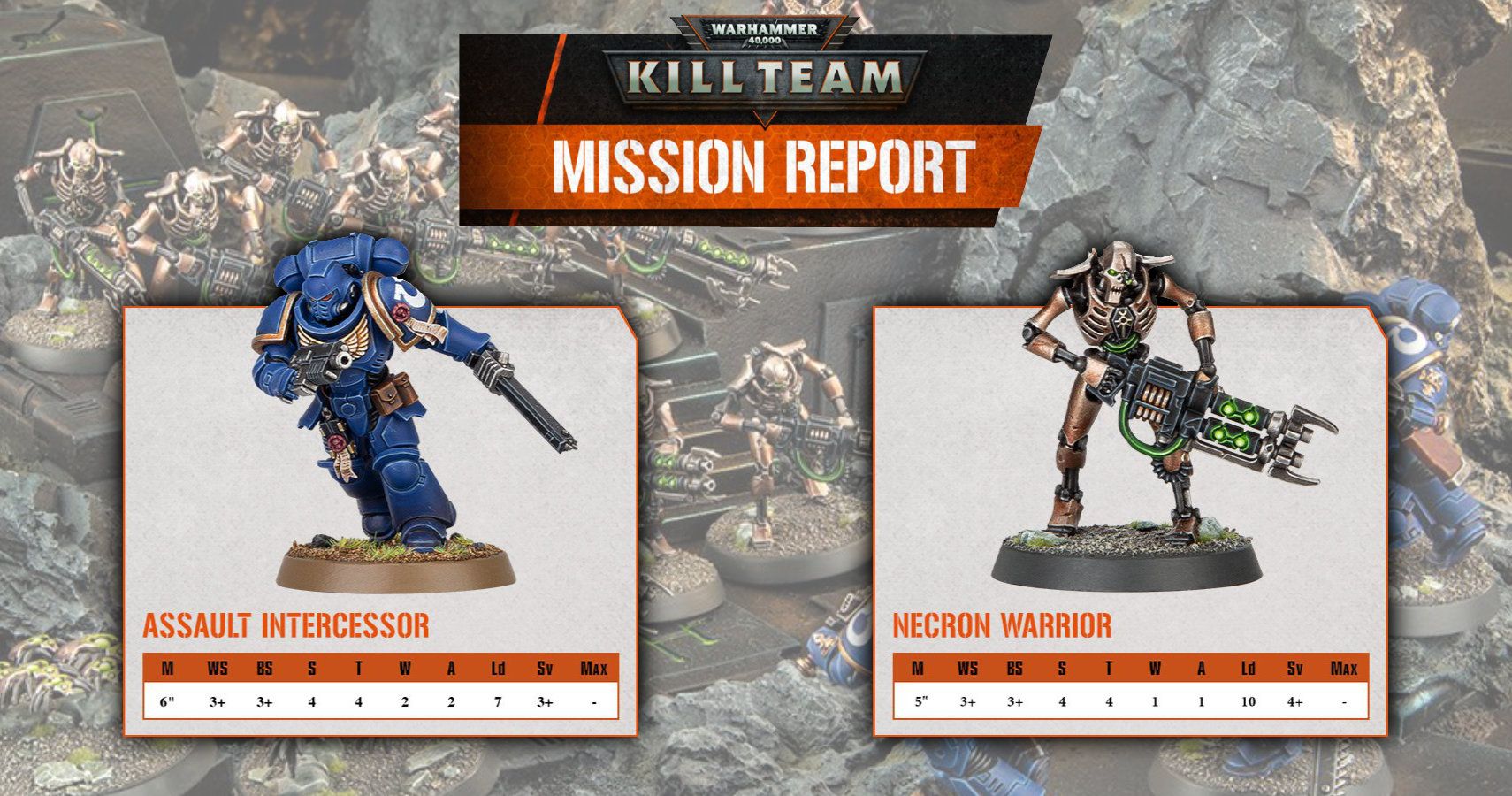 The tease of new rules for every model that came in the Indomitus launch box is welcome news and will bring more utility to those who picked one up last year. All we have to do now is finish painting up our armies before it comes out. 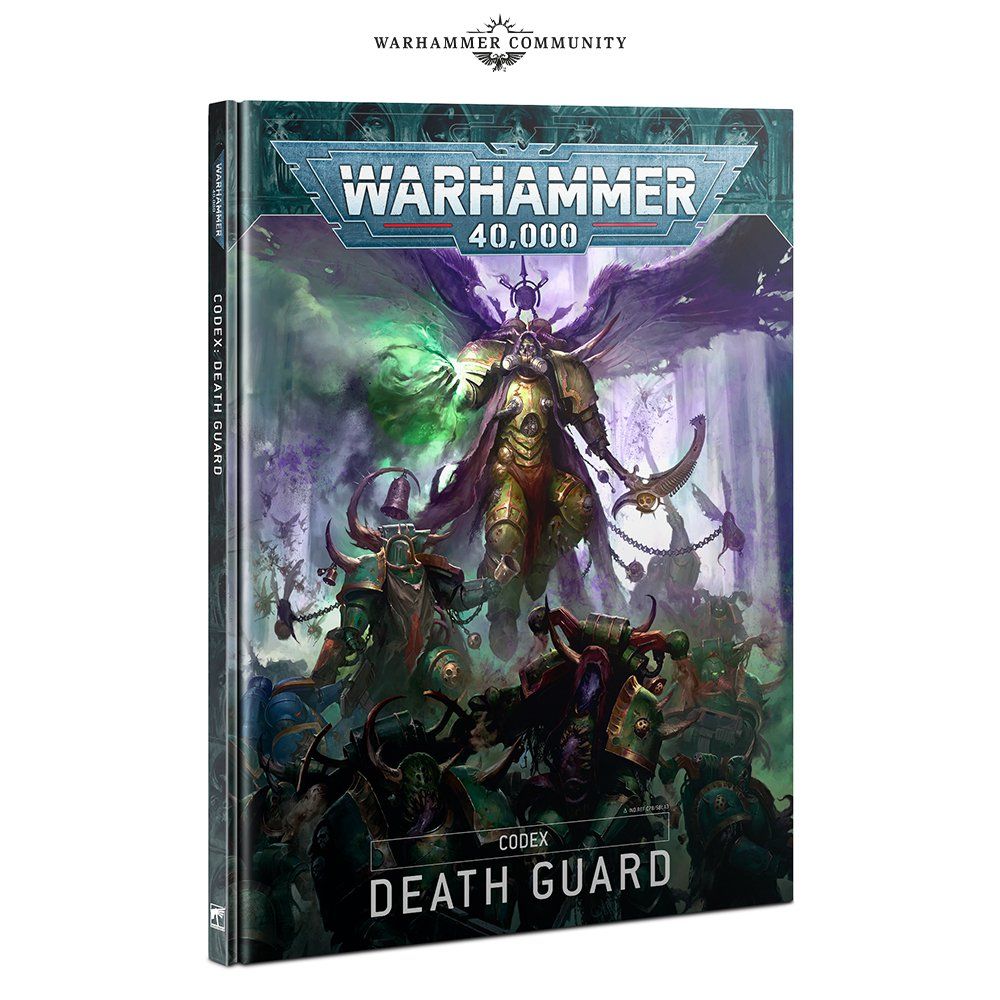 Big news for Warhammer 40,000 as the delayed launch of the Death Guard is finally coming. The updated Codex is available, along with a special edition alternative cover. If you want one of these, best hurry as it is only available while stocks last. The Death Guard were the bad guys in the 8th edition starter box and continue to be a menacing presence for the Imperial forces in the current state of play. As such, there is already an extensive range of minis available. Rounding out the range are two new multi-part kits. The new Death Guard Combat Patrol box features 39 models; led by a Lord of Virulence there are plenty of troops to field including three new champions in the guise of the Chosen of Mortarion. The kit also includes the Miasmic Malignifier, a contraption designed to spread Nurgle’s Rot across the battlefield. 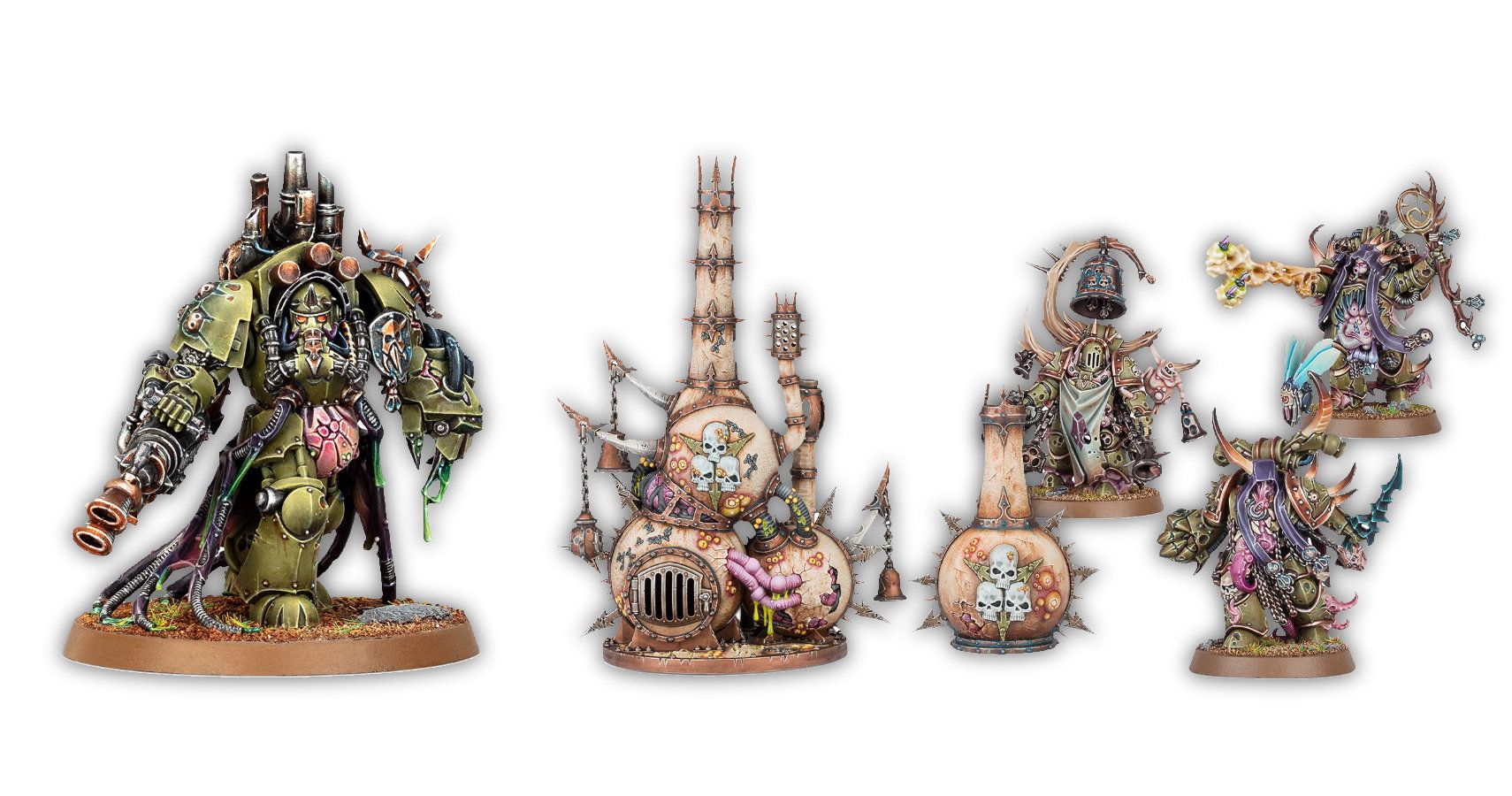 The second kit of ten models would feel right at home in many a horror movie. Enter the new poxwalkers. Led by what we can only describe as a white-coated mad scientist, the pestilent contingent is hell-bent on spreading infection to all who they encounter.

A minor release for Necromunda this time around with just two models for House Escher, the Phyrr Cats. The beasts make the perfect hunting companion for your gangers and will instill fear into the hearts of enemies. 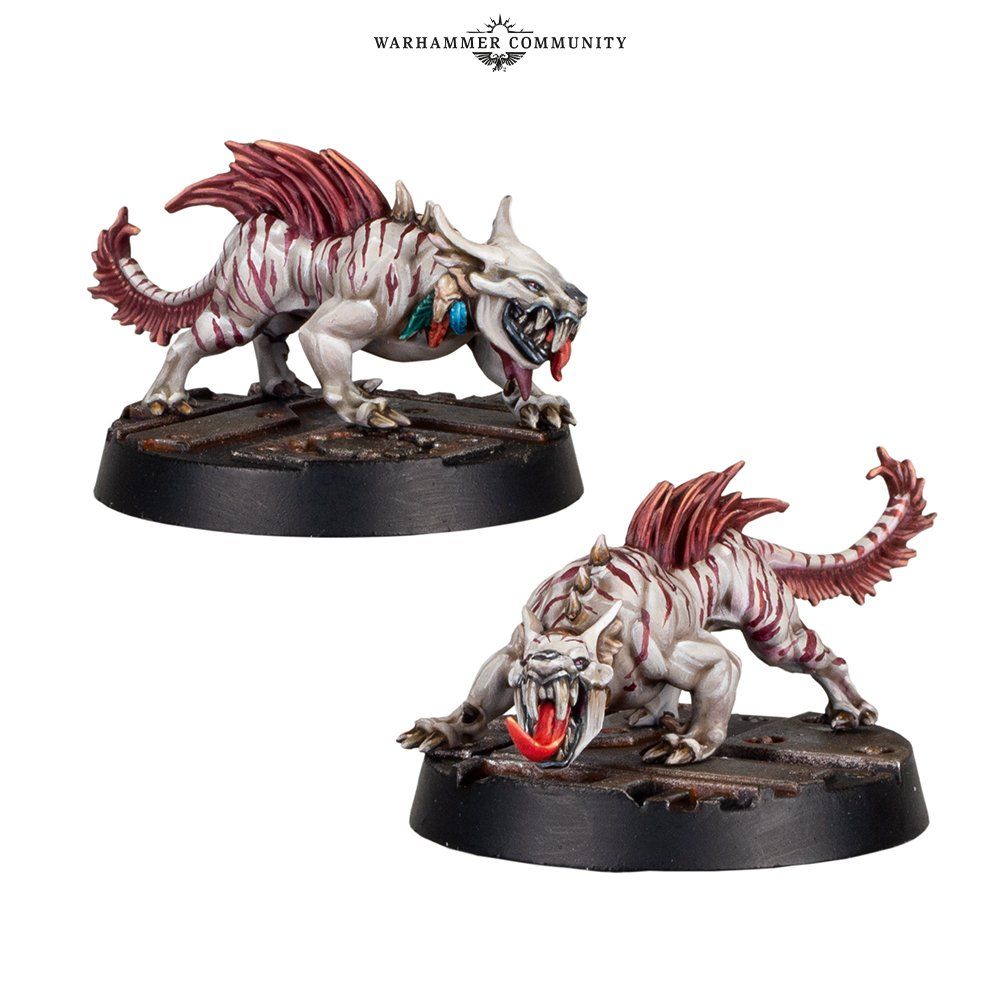 GW has some more classic re-releases for the Middle Earth Strategy Battle Game. First off, there’s Frodo and Sam making their way to Mount Doom with their unwilling sidekick, Gollum. We also have some Elven goodies, with Haldir the Marchwarden of Lothlórien joining the affray. He has two variants possible to match his talents as a swordsman and archer. Rounding out the good guys this time around are Gildor Inglorien and Glorfindel who are primed and ready to assist the hobbit heroes in their time of need. 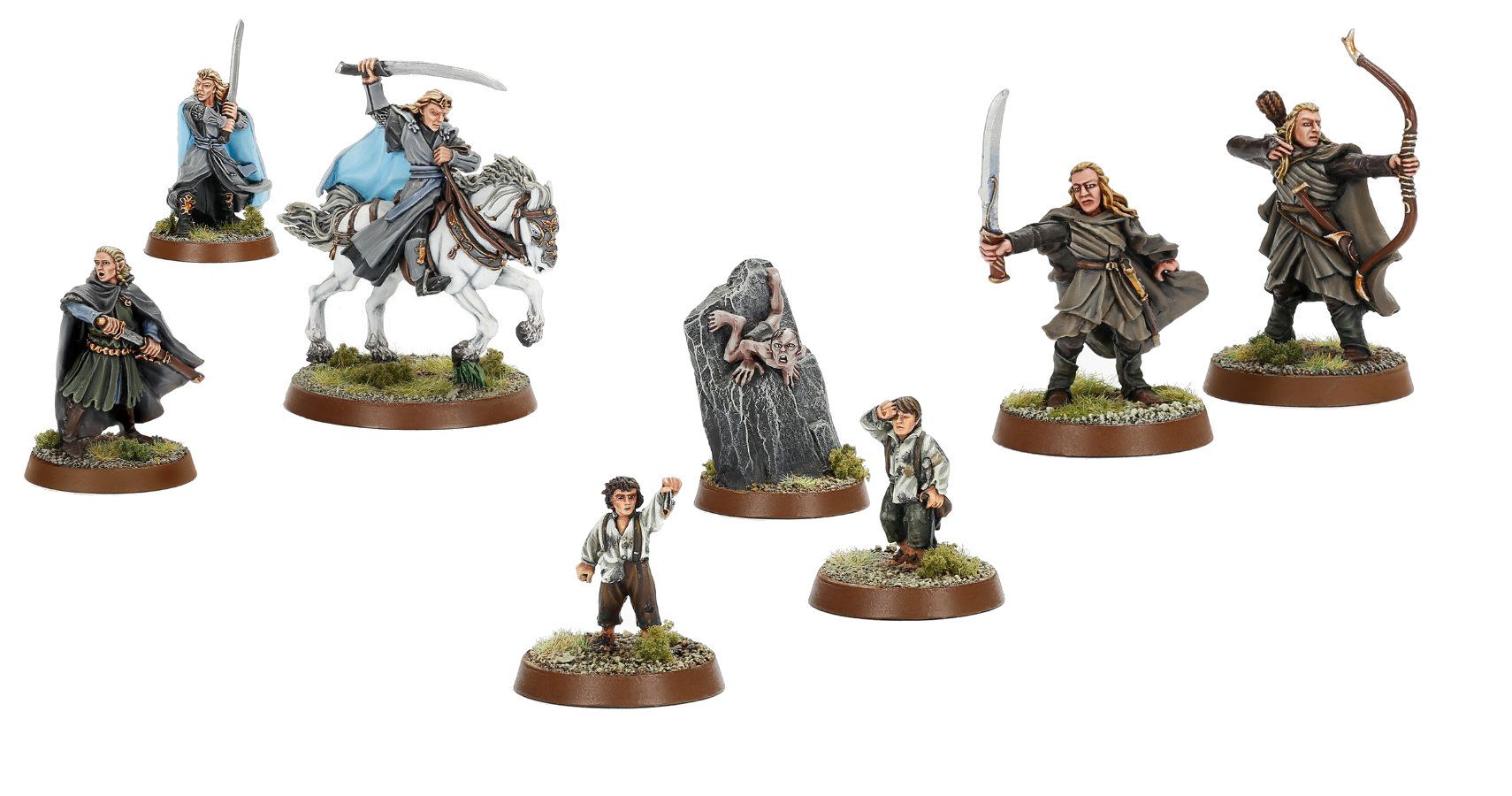 Followers of Sauron won’t go ignored. The Nazgûl are on the prowl in a set of three mounted minis. These can be combined with each other to make the full count of nine. Joining them is a group of Dead Marsh Spectres, ancient souls of many a bygone war and lost in depths of time. Rounding out the triple threat are the Barrow-wights, ancient rulers interred into long-forgotten barrows that were touched by the sorcery of the Witch King. 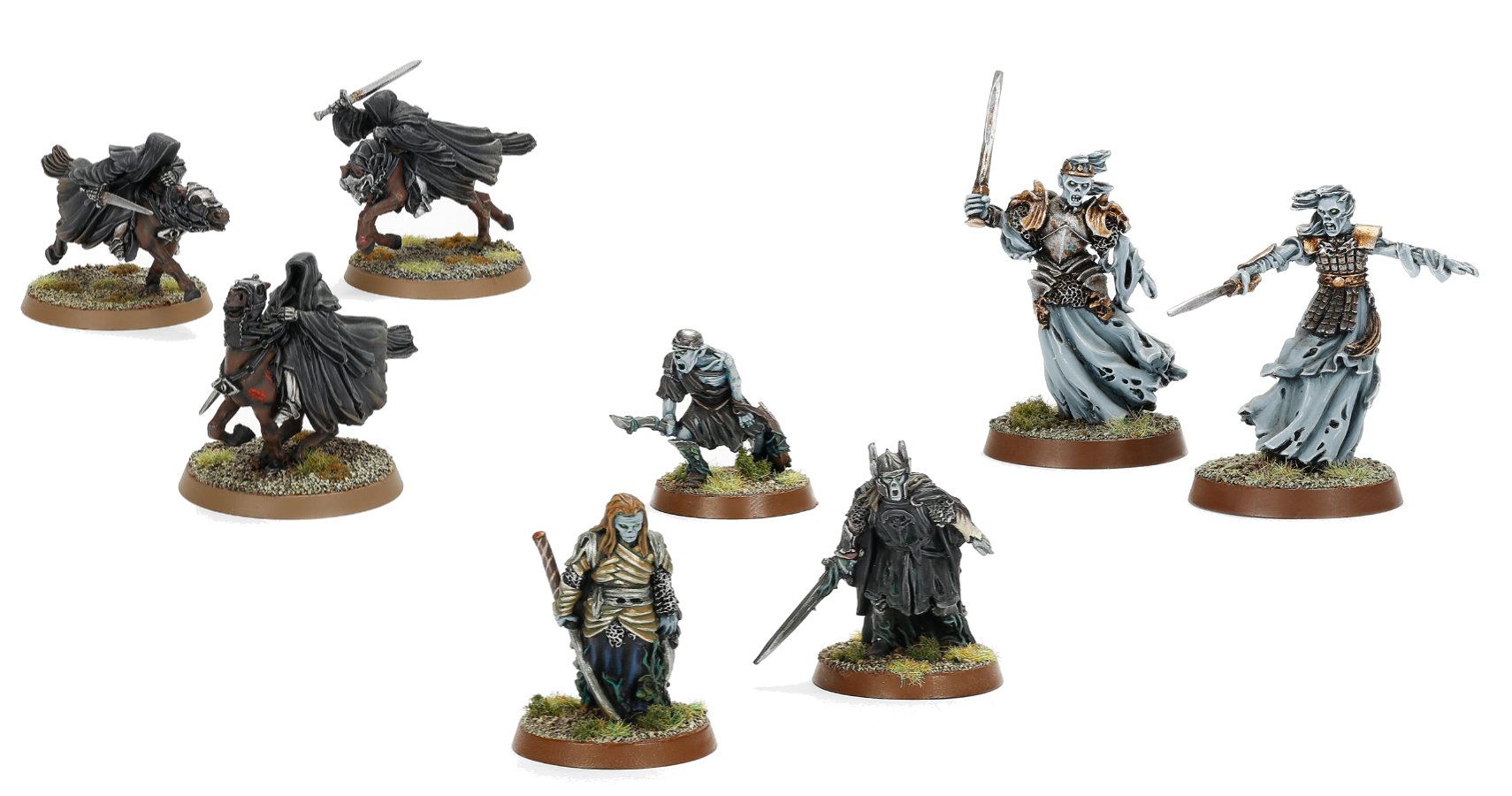 A quick one this week for Forge World, with the release of some shock troops for the Night Lords. The Contekar Terminators are savage, merciless souls that create carnage wherever they go. These murderous felons are not to be taken lightly, as everything about these guys is primed for maximum carnage. 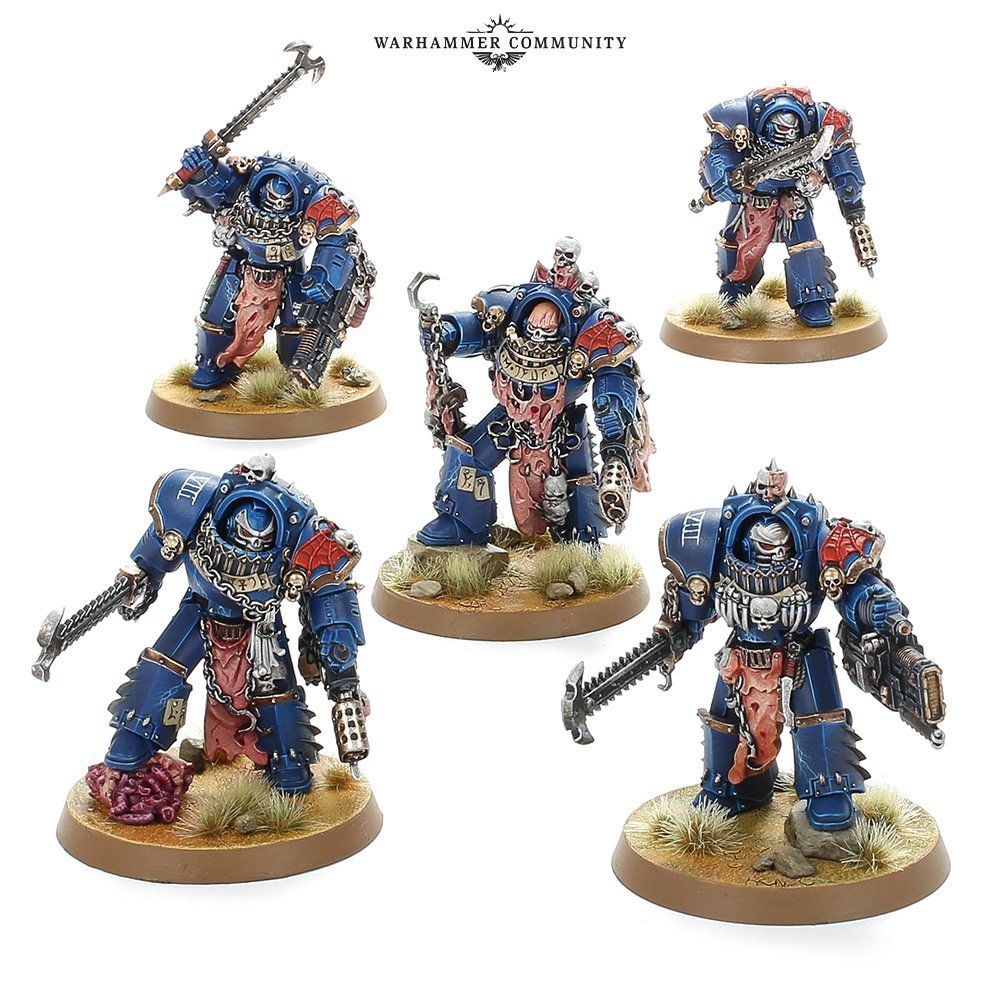 Warhammer fiction is a lot like buses. You sit around for an eternity waiting for one, and then suddenly four come at once! First up is the second installment of the Siege of Terra novella series that follows Magnus’s fateful journey and ultimate fall from grace. Fury of Magnus is available in Hardback, ebook, and as an audiobook. 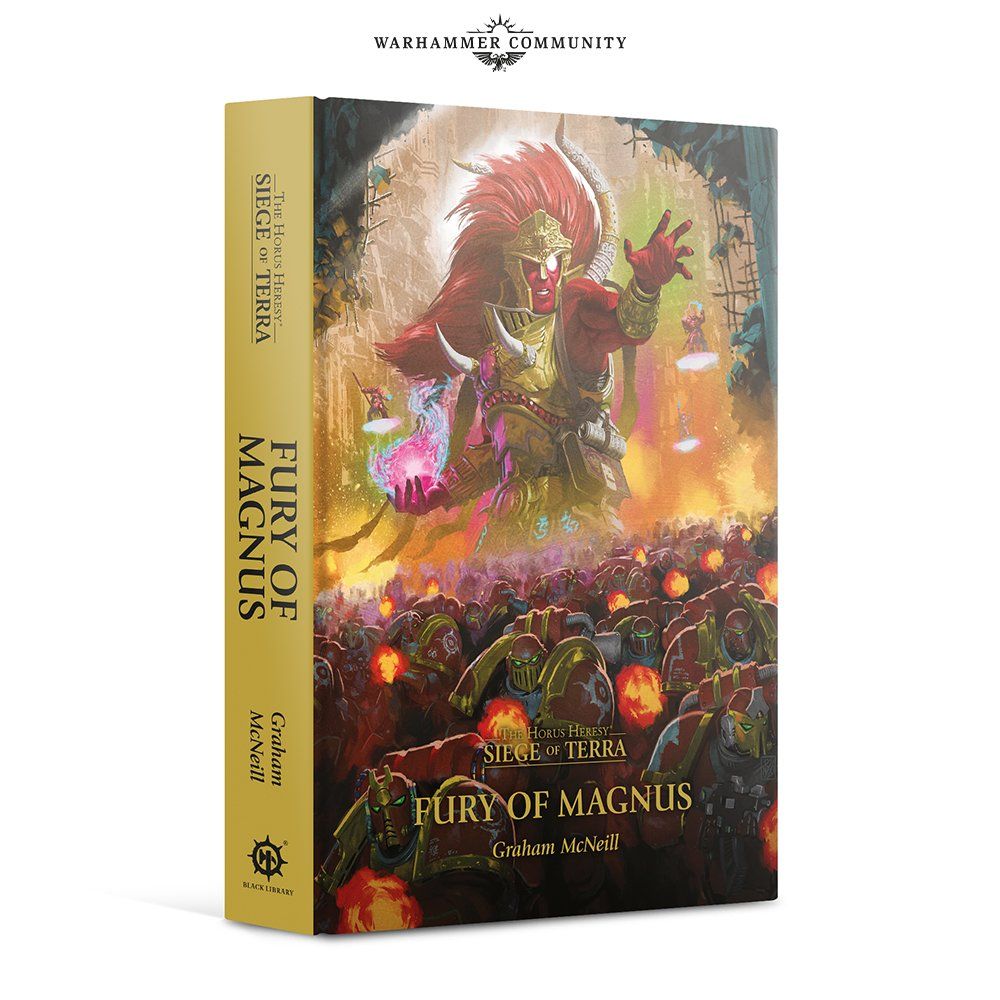 Dan Abnett is a name that is synonymous with Warhammer 40K. He has birthed much of the lore over the past 20+ years, so it is great to see many of his short stories brought together. Contained within the pages are some legendary tales that have firmly rooted him as the go-to authority on The Horus Heresy and 40K. Lord of the Dark Millennium is available as a paperback. 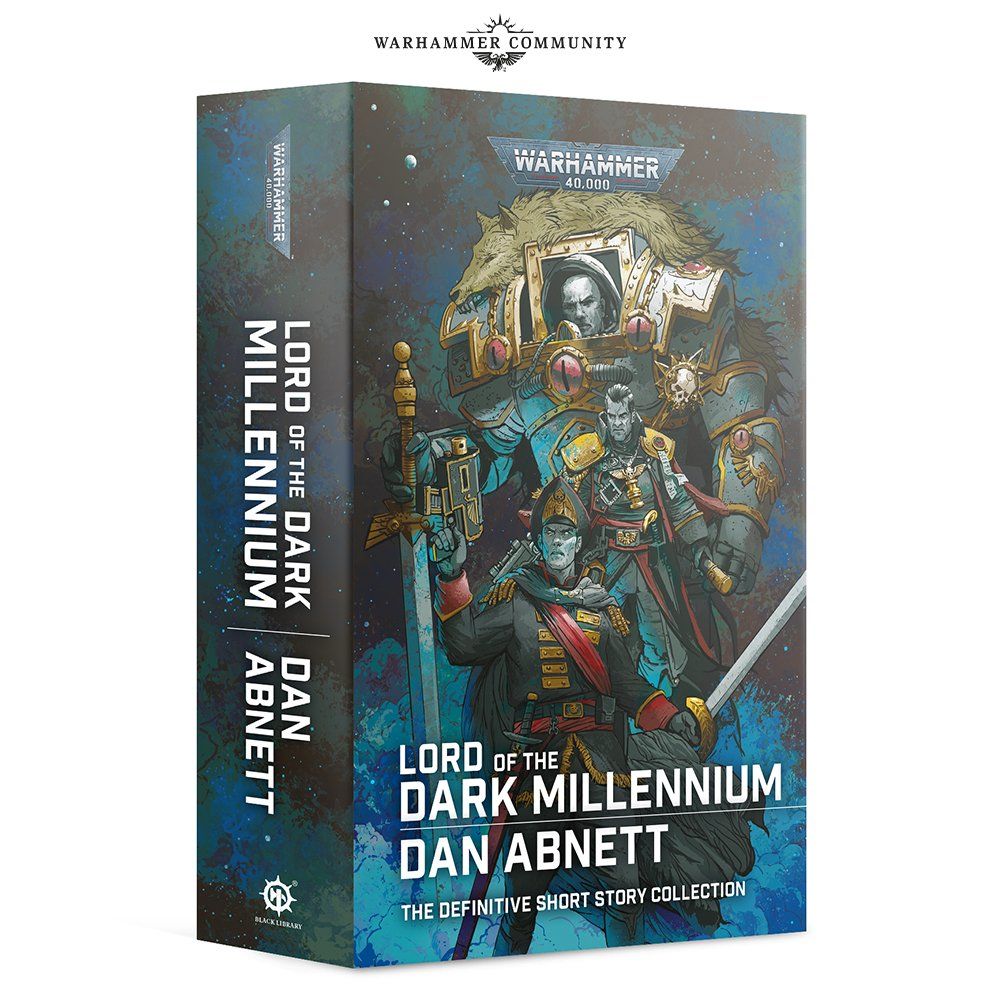 We are heading back to the Horus Heresy and the Siege of Terra with book five of the epic series for this turbulent time. This one will particularly interest players of Adeptus Titanicus as the Titan Legions are unleashed. A limited-edition Mortis is available with a release of just 2,500 copies. This faux-leather bound tome will make a great accompaniment on any bookcase. 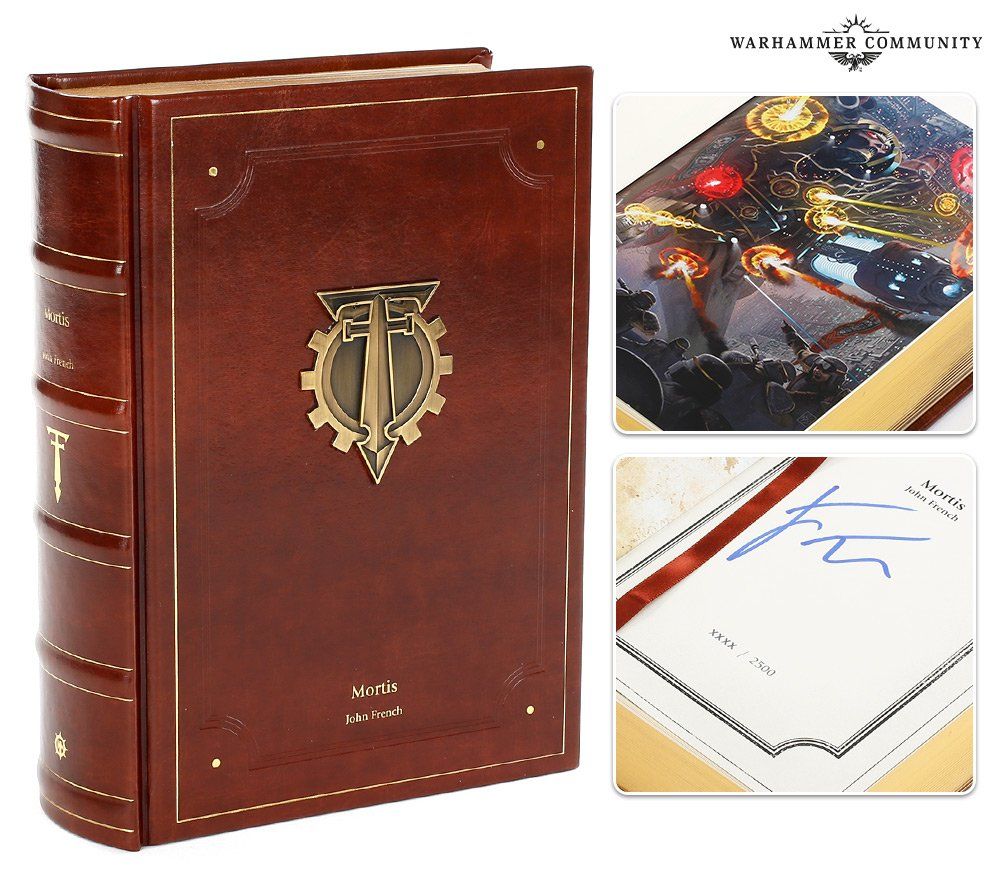 Finally, the next chapter of the Primarchs series is heading our way. This tome reads as if penned by the great Primarch himself. A special limited-edition of Alpharius: Head of the Hydra is available and will be restricted to just 2,500 copies worldwide. 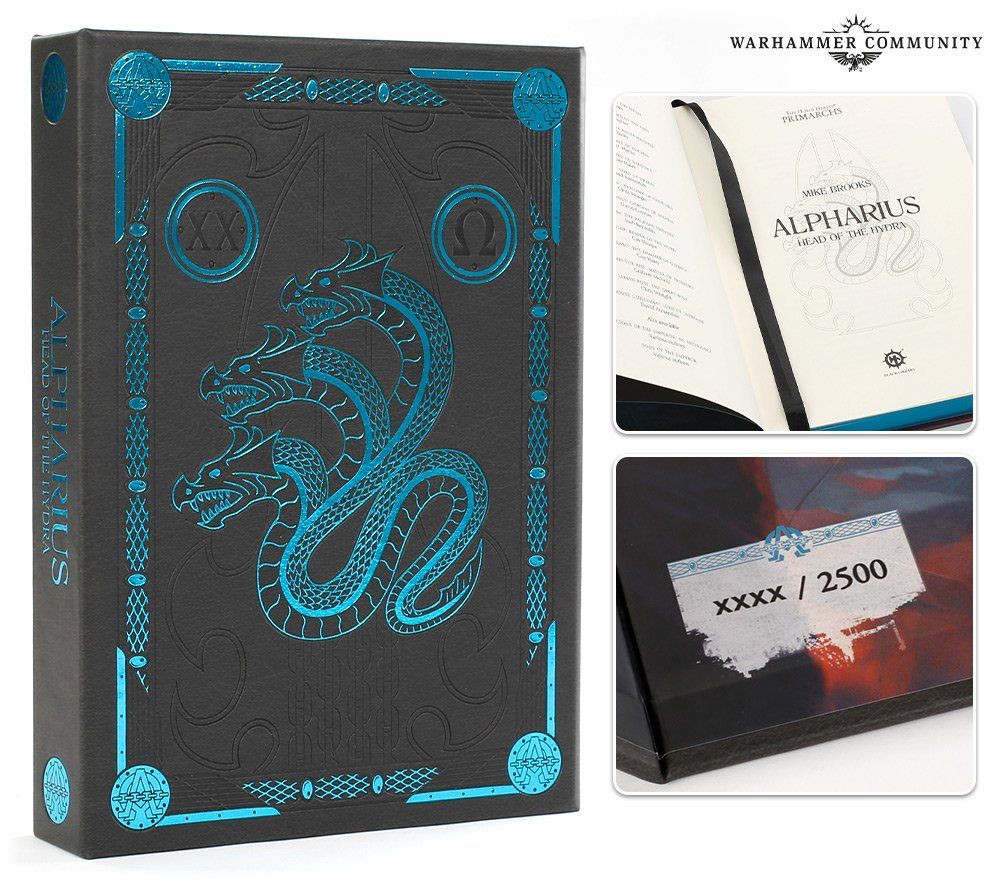 No matter your flavor (as long as it is 40K related), GW has the secret sauce for you in 2021. We’re excited about what new releases we’ll see over the forthcoming weeks and that the recent return to quarantine/lockdown conditions in the UK won’t affect things too much.

Next: Play Vampire: The Masquerade If You Want More Roleplaying Than D&D 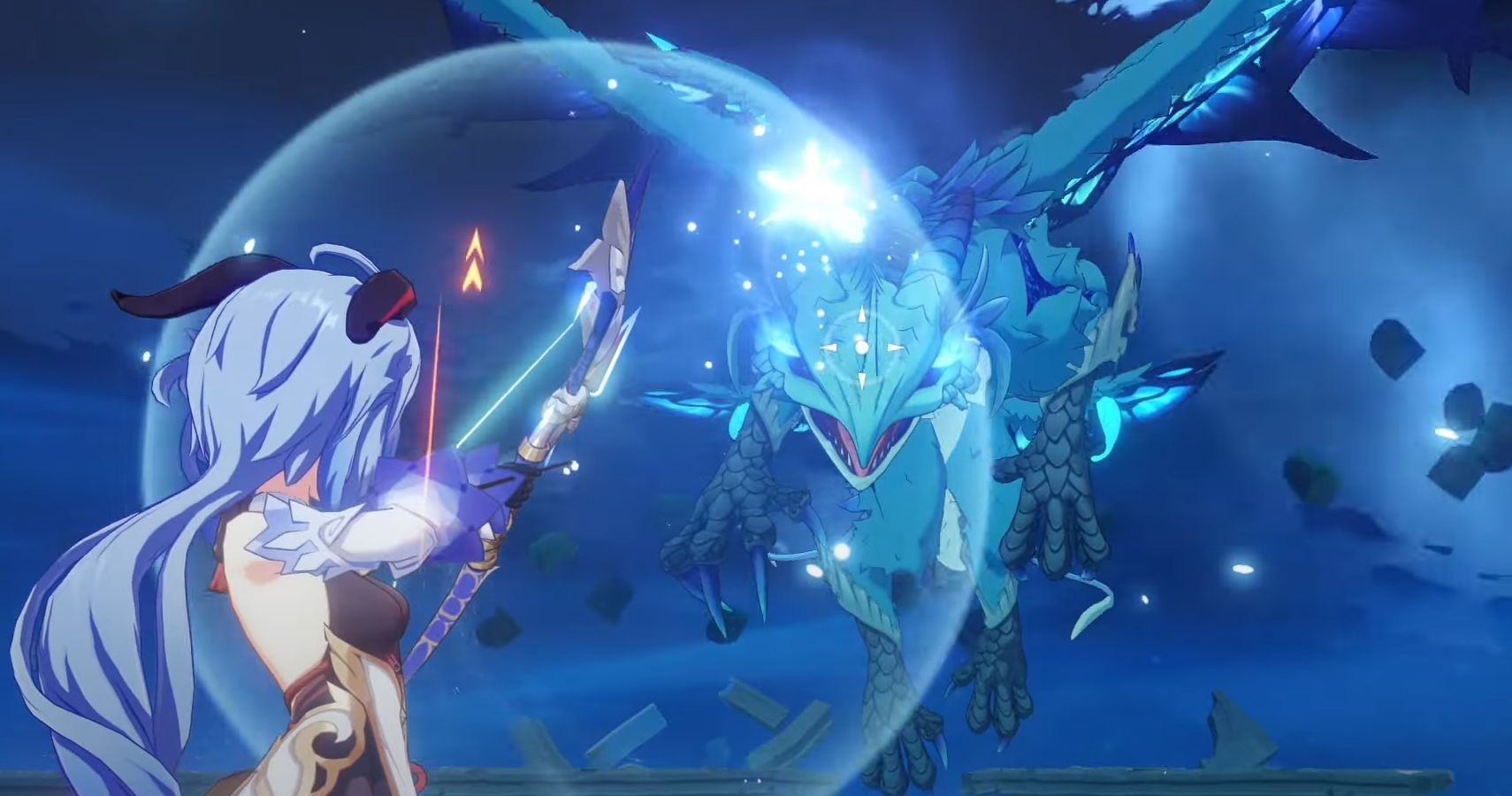