With its harsh, unforgiving temperatures and constant blizzards, Mount Loper doesn’t seem like the sort of planet where most people would want to settle down. But No Man’s Sky fans who are a part of the player-run collective known as the Galactic Hub were coming up against an unusual problem five months ago: overcrowding. Settlements built on the capital planet, New Lennon, were becoming so popular that player-built bases would start to disappear, seemingly pushing against the limits of No Man’s Sky. And so the Galactic Hub set out to find a new home.

The Hub, which was established in 2016, is a group of No Man’s Sky players who banded together to deeply explore a region of the game. The guild was meant to provide players with an area where they could find discovery markers everywhere, hopefully giving people a reason to stick around and contribute to the overall effort. Hub players also provide services to members, such as trading and fuel delivery. As No Man’s Sky fleshed out its multiplayer mechanics, the Hub flourished. With a larger number of players in the mix, the Hub developed the concept of capitals and colonies —that is, deliberate communities where people could build, explore, and learn together. But early gatherings at the Hub were scattershot.

This new colony would be different. Planned. Precise. Unlike earlier large-scale player settlements, Hub members would have specific plots of land where they were allowed to build, but only if they were approved for residency first. The location of the colony would be a secret, until you applied and got in. 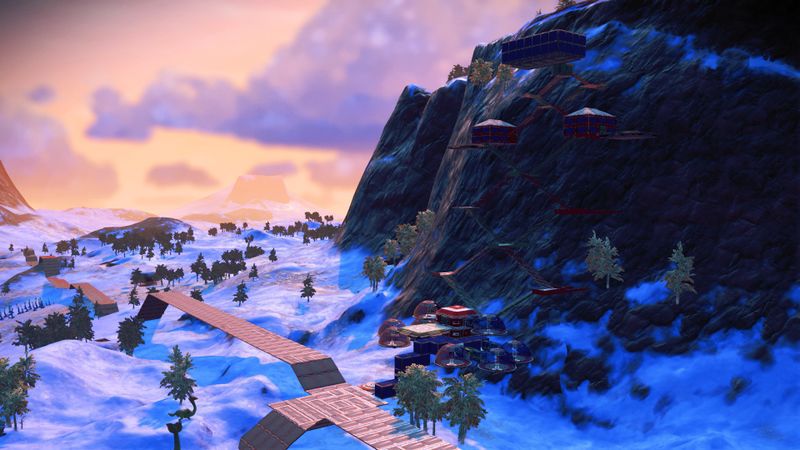 Endetta’s Overlook, a base on Mount Loper
Hello Games via Ardyalligan

In a way, older colonies set the expectations for what the Galactic Hub would look for in a new settlement. Axby Delta, the collective’s second official colony, was a tropical paradise the likes of which might inspire “wish you were here” postcards.

But it was time for a change. In the real world, many players were still in the thick of winter. Perhaps this is how the Hub arrived at Mount Loper, a snow-covered planet that promised a new type of experience for the seasoned adventurers.

“Actually being on the planet creates an experience pretty rare even in No Man’s Sky,” said Galactic Geographic, founder of the Galactic Hub. “Maybe it’s something like planetary-inflicted Stockholm Syndrome, but carving out a space for yourself in such an unwelcoming environment makes your homestead feel that much more earned, necessary, and secure.”

Mount Loper was a thematic fit, too: Between its vast mountain ranges roams the mighty Diplo, a dinosaur-like creature with a long, arched neck. With an appearance rate of less than one percent, the rare monster has become a literal emblem for the Galactic Hub, thanks to players who hunt for new sightings. 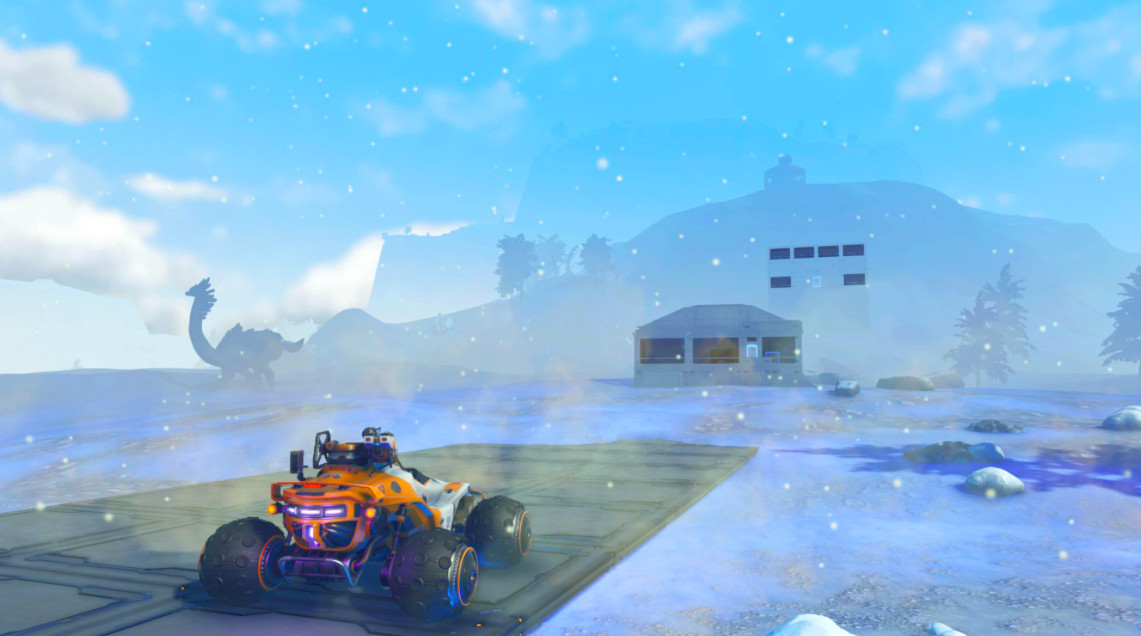 As of right now, there are around 70 players who have claimed land on Mount Loper, spread out across all platforms. Each base is mapped and spread out to give players plenty of real estate to build in, while also giving them an opportunity to link up with other players, if they wish. Much attention has been paid to building extensive road networks between bases, partially for convenience — Mount Loper can be hard to navigate — but also for protection. As an extreme weather planet, Mount Loper sometimes becomes enveloped in whiteout conditions where players can’t see very far. Roads, which are occasionally outfitted with rails and barriers, help players see where they’re headed.

Of course, building this vast infrastructure wasn’t easy, thanks to the weather and erratic terrain. Players have to make use of materials meant for base roofs, along with light fissures to help light up the roads. According to Mount Loper resident NMS Kibbles, players are also currently investigating if they can leverage the vast cave networks on the planet to help them get around, too. 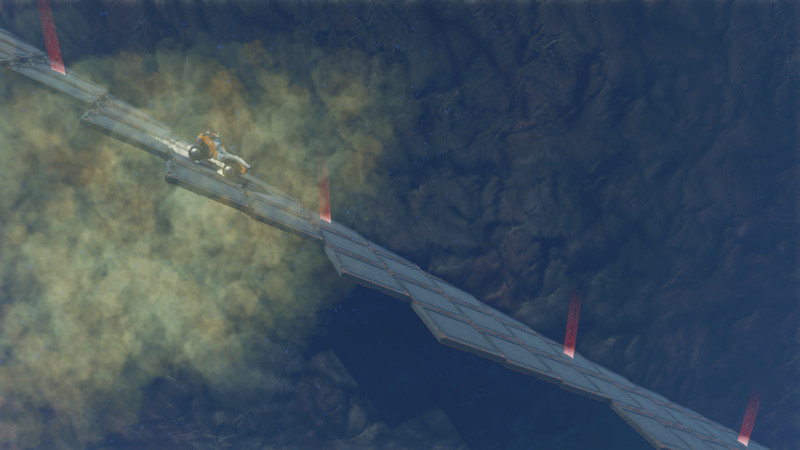 A Mount Loper road lit up by fissures.
Galactic Hub

According to the Galactic Hub founder, base settlements on PC and Xbox One are laid down in a honeycomb pattern that is reinforced by roads. This may seem like a mundane detail, but the diligence behind Mount Loper’s construction means this is the closest thing No Man’s Sky has to a player-built city. As far as players know, this is the largest multiplayer settlement in the entire game. That’s part of what’s attracting players like Zaz Ariins, who tells Polygon that they “like the idea of the in-game civilizations being on the same page and working together cohesively for the betterment of the entire community.” 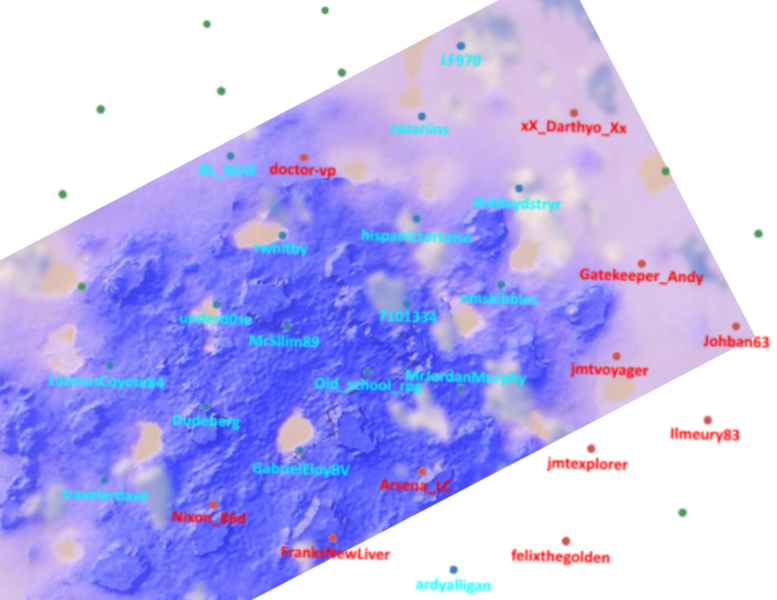 Ariins is a part of a different No Man’s Sky collective, Alliance of Galactic Travelers (AGT), which functions similarly to the Galactic Hub. But, the Galactic Hub is considered the leading organization when it comes to space initiatives. By helping out with Mount Loper, Ariins is acting as a diplomat of sorts.

“I have an opportunity to better relations between my own group and the Galactic Hub leadership and also to experience new neighbours, make new friends and hopefully contribute something to Mount Loper that adds to its allure,” he said. Plus, Ariins added, Mount Loper helps challenge the notion of what type of planet is worth investing in. “There was a time I avoided extreme biomes like the plague — and I believe that amount Loper opens players’ minds to explore more diverse biomes and gives them more opportunities to fully enjoy what this incredible game has to offer.” It’s also worth noting that formal alliances with the Hub receive benefits, such as being able to ask the Hub for economic assistance.

Other residents are taking up more artistic endeavors on the planet. Seamonkey420, a recent arrival on Mount Loper, built a base with a gallery exhibit that other players can enjoy, which you can view below. Others are erecting massive abstract sculptures. At least one player has created an in-game racetrack.

Already, there are a few interlopers who have set down on the planet without permission. While not ideal — the Hub wants Mount Loper to adhere to a settlement pattern — there’s not much they can do about it, other than to ask people to go through the proper channels. At the very least, these unregistered inhabitants seem to mean no ill will toward Mount Loper residents, given that they’re also contributing roads to the effort. And besides, Galactic Geo says, the current application process is a formality. Everyone who applies can get in, even if it takes some time for approval. It’s done this way to ensure that the colony growth has some order to it.

While this is the most ambitious settlement attempted in the history of the game thus far, the Galactic Hub is already thinking about where it can go next.

“I think this is a great stepping stone for future colonies,” NMS Kibbles said. “The next colony I feel will further build on this [Mount Loper] idea.” Wherever that ends up being, the core values at the heart of the Galactic Hub will remain the same.

“We strive to document, create, help others, and collaborate,” NMS Kibbles said.

For now, though, Mount Loper residents are soaking in their new home.

“I [spend] a lot of time just ‘being’ there: enjoying the haze that fills the caves when a storm hits, feeling the ground rumble from the Diplos walking above me on the planet’s surface, watching the shadows that the sun casts through the heavy duty glazed panels which keep the elements out,” Zaz Ariins said. 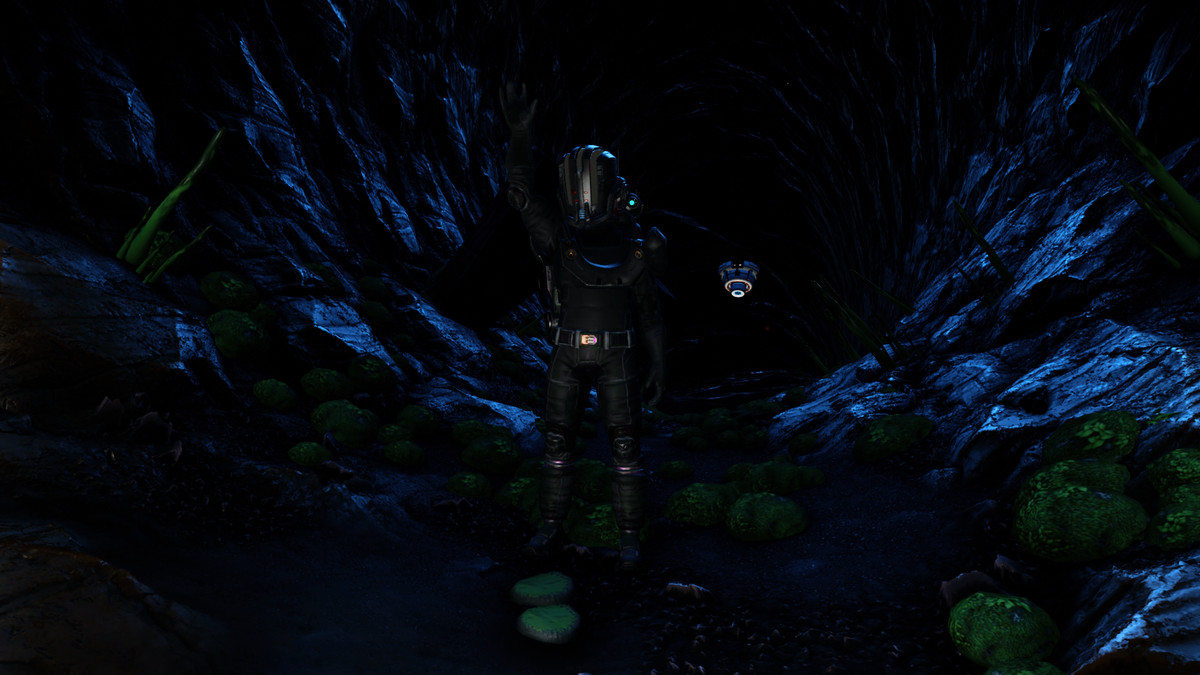 “Even in a virtual world, we’re still all humans with an instinctive need to connect and belong,” he mused.