Home » Reviews » Owen Wilson Might Actually Be Playing Himself In Loki

Owen Wilson Might Actually Be Playing Himself In Loki 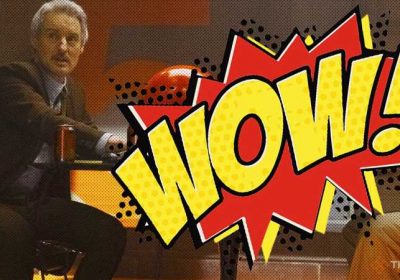 The latest episode of Loki revealed that everybody at the Time Variance Authority is, in fact, a Time Variant. These are the unfortunate sods who dared to accidentally deviate from the Sacred Timeline, inadvertently putting themselves onto the fascistic TVA’s radar where they’d be hunted down for eternity. This is a big change from the comic’s explanation, which is that everybody who works there is a clone of Mobius in some shape or form, and it’s a change that could directly impact Mobius himself. With this new tidbit of lore, it could be the case that Mobius isn’t just being played by Owen Wilson in our reality – he might actually /be/ Owen Wilson from a branched timeline, plucked from existence, reset, and turned into an agent.

My friend and I have been watching Loki together using the Disney+ group feature, and every single time Mobius appears on screen, like the unfunny sap I am, I go, “Oh, it’s esteemed actor Owen Wilson.” My friend proceeds to sigh and eventually mutter, “It’s not.” But it might be. With this revelation that all TVA agents are hapless blunders in the Time Keepers’ perfect narrative, it’s not far-fetched to think that perhaps a celebrity or two could get swooped up in the chaos. After all, anybody is fair game for stepping out of line by sheer mistake.

The hilarity of Owen Wilson playing Owen Wilson is just laying there, waiting to be used. With his memories untapped, it could usher in a rush of wows and kachows. Unfortunately, it was recently revealed by the showrunner that Wilson won’t be saying wow, much to my dismay – at least there’s still hope for a kachow or two, aye? Either way, actors exist in the MCU – we’ve already seen Ego masquerade as David Hasselhoff to get under his son’s skin – and movies are constantly referenced. I’d be hard-pressed to think that Peter Parker didn’t grow up watching Cars. Hell, maybe that’s where he got the idea to be a quippy hero in red. We know actors exist because it’s a rendition of our own world, and that means anyone at the TVA could quite literally be their real-life actor counterpart. It’s a strange thought, but one that’s ripe with potential. Maybe that potential is silly humor that’s best left untapped, but it’s there all the same.

One of those TVA agents was toyed around with by Sylvie, and in the process, their memories of pre-TVA shenanigans began to flood in and overwhelm them. That’s what gave us that eerie moment where they seemingly lost it, curled up on the floor spouting the same line over and over again. Those memories are still dormant and there’s potential to bring them to the forefront, but perhaps a faint trace of them lingers regardless of whether or not you’re getting green magic behind the ears. That could be why Mobius is so obsessed with the ‘90s and jet skis. Perhaps he has fond memories of his career’s early beginnings with Jim Carrey and Bruce Willis – memories that are far too strong to be broken by the likes of interdimensional mind wiping.

Granted, it’s a silly idea, but the fact it’s possible is what I love about Loki. It probably won’t happen. It’s probably best if it doesn’t happen. But it could. That’s the kind of show Loki is, deviating from the typical MCU formula and taking sweeping risks, just as WandaVision did. Maybe it’ll all fall apart at the end in order to pave the way for the next big show or flick (just like WandaVision did), but for now, I’m adoring every moment of it. Each week Loki seems to dash a few fan theories, yet throw up far more questions than answers, leading to even more outlandish fan theories being created – it makes the week-to-week wait a real treat.