Home » Reviews » Please, If You Have Game Pass, Do Yourself A Favour And Play Hades

Please, If You Have Game Pass, Do Yourself A Favour And Play Hades 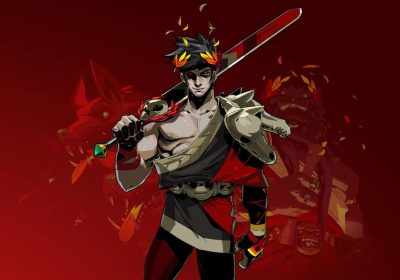 “There is no escape.” That’s the tagline of Hades, the roguelite indie darling from Supergiant Games, which has now been scientifically proven to be a developer that is completely incapable of missing. Where’s the science, you ask? In my head, and my head is always right. Supergiant is the best studio in the world, end of discussion, thanks.

Joking! That’s not the end of the discussion, it’s the beginning. If you, like me, played Hades last year, then you likely already know how excellent it is and don’t need any convincing to give it a bash when it comes to Game Pass in August. If you’re yet to know the fear and frenzy of the Underworld, though… Well, this article is custom-written for you, reader. Let’s talk about Greek gods, Chthonic deities, three-headed good boys, and the single, irrefutable best game of 2020.

Hades puts you in the stylish Olympian – well Chthonic, really, but that’s not important here (it is, but still) – boots of Zagreus, a Grecian demigod who happens to be Hades’ son. Zag and Hades don’t have the most, er… caring relationship, with the latter being crude and brutish on account of him having been dumped potentially thousands of years prior. Get over it, bud. Trim the beard, take the dog for a walk, pick up a musical instrument – it’s been millennia! Anyway, Zag naturally wants to do a legger so he doesn’t have to put up with Hades’ shit anymore, and that’s exactly what he does. 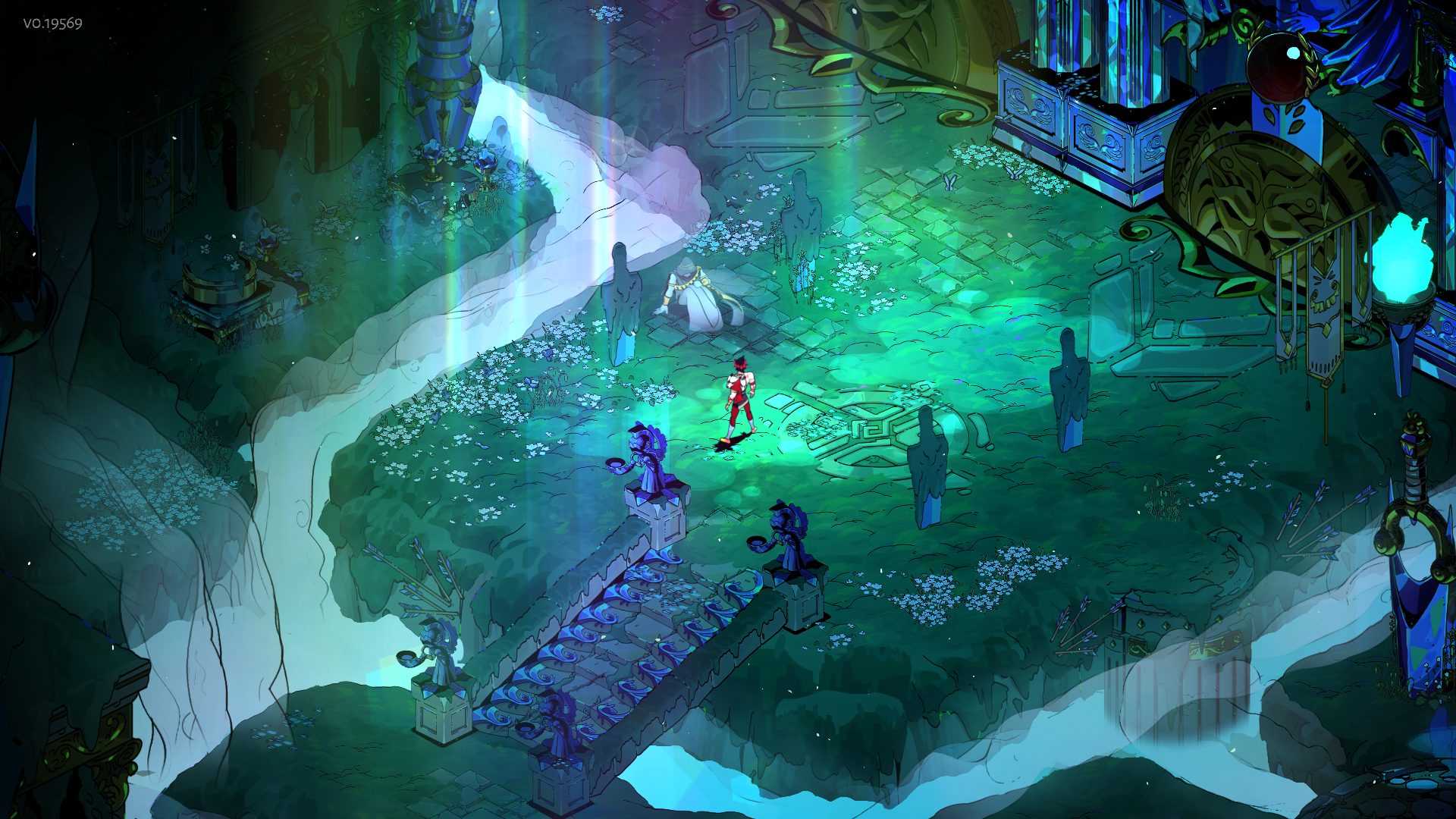 Except doing leggers through the Underworld isn’t easy, actually, especially when your dad is all like, “I’ve set up loads of traps and told the Furies to guard the gates and summoned a bone hydra to hang out in the lava!” There’s also Theseus to contend with, who was originally supposed to be the protagonist of the game – I’m glad he wasn’t, although I’d love to see him spearhead a spinoff. Anyway, he’s clearly not very happy about having been replaced by Zag and is a bit of a dick, but the Bull of Minos – his mortal enemy turned best mate/boyfriend – tempers him a bit. Basically, there are loads of trials and tribulations you have to face in order to get out of Hell, and the one thing all of them have in common is that they want you dead. So you die, and then you’re born again in the House of Hades’ magical Pool of Styx. Hypnos laughs at you, saying, “Haha you died to a floating hand,” while Hades is all like, “Give up!” But you don’t give up – you go again, and again, and again, finding meaning in life through the repetition of death. It sounds a bit grim, I know, but it’s brilliant. We’ve written loads about it here at TheGamer.com, like why it resonated during the pandemic and how it was built on Pyre. I personally interviewed Darren Korb, who composed the game’s phenomenal soundtrack and served as the voice for our boy Zag, while our own Jade King spoke to Supergiant narrative designer Greg Kasavin about the success of Hades, diversity in the pantheon, and Zagreus in Smash.

And as I said earlier, it’s available for free on Game Pass from August 13. As it stands, it’s only available on PC and Nintendo Switch, although it’s been announced for both Xbox Series X and PS5 for later this year. If you’re a PS5 owner and want to play it there, be my guest – I don’t care what console you have or what your platform preferences are so long as you play Hades in some way or another. The only reason I’m writing this piece specifically with Xbox in mind is because you literally have nothing to lose from playing Hades on Game Pass, other than time that won’t actually be lost because you’ll enjoy every second of it. So actually, in terms of time, you’re being paid to play Hades on Game Pass. It takes a mighty big brain to think about it that way, but it’s true. 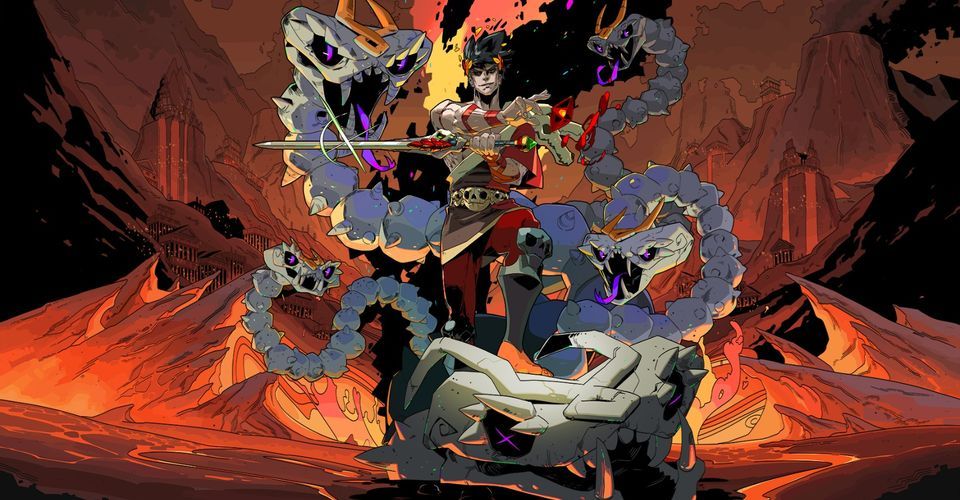 Hades was my personal game of the year last year and it raked in heaps of awards from all kinds of prestigious institutions. It’s an incredible game with gorgeous art, a banging soundtrack, and a gameplay loop so precise, contained, and functional that it’s a joy to play in any situation for any amount of time. Have 20 minutes? Do a run. Have an hour? Do three. Have five hours? Lucky you, bud, you’ve got time for 15 escape attempts. I mean it when I say that Hades is one of the best and brightest games I’ve ever played, so if you haven’t played it yet, you really need to change that.

As Zag would say, “Do yourself a favour, mate.” Play Hades on Game Pass when it comes out in August. You won’t regret it – in fact, I reckon it will take about 30 minutes for you to recognize what people really mean when they say “there is no escape,” which has become far more literal than the devs probably intended for it to be. Here, I’ve got a Hades t-shirt and vinyl now, and my record player hasn’t even worked in around two years, so it’s just decorative at the moment – but I’ll tell you what, it’s the first thing that’s given me reason to look for a new needle, which has to count for something. Once you get lost in the Hades… Well, at least you’re going to have a good time, innit. Just remember that there is literally no escape.

Also if you’re looking for something to do between now and August 13, go play Bastion, Transistor, and Pyre. As I said earlier, Supergiant Games has been scientifically proven to be the best studio on the planet, as evidenced by the incredibly valuable and valid science experiments conducted in my brain. There’s no arguing with the facts, folks.