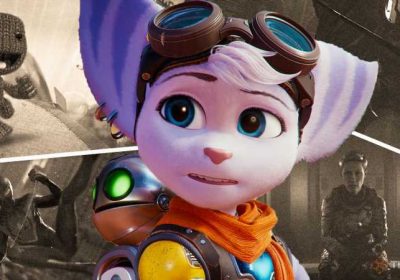 Whenever a new generation of consoles rolls around, we’re always looking for a technical showcase that puts everything that came before it to shame. As games have approached the realm of photorealism, such moments have become harder and harder to come by. With the arrival of PS5 and Xbox Series X, this challenge has never been more apparent, with less than a handful of games yet to show the true prowess of these next-gen machines.

Sure, loading times are much faster and the majority of our existing games now look and play better than ever, but these are surface-level improvements that don’t ascend above the last-gen foundations on which they were built. Microsoft doesn’t even have a true ‘next-gen’ exclusive of its own yet, and many of its future projects are tied to older platforms to reinforce its “nobody gets left behind” ecosystem. I can appreciate this strategy, although it abandons the hardcore faithful in favour of a larger, more inclusive audience. It’s the right way to go, but far from the most lucrative if Sony’s output is any indication.

The PS4 library is filled with future classics, whether we’re talking about Horizon Zero Dawn, God of War, or The Last of Us Part 2. All bangers, potential masterpieces in their own right that weren’t afraid to push the hardware to its absolute limits. Now, both Horizon Forbidden West and God of War 2 are confirmed as cross-gen releases, confirming that they now won’t be pushing PS5 to its limits, nor taking true advantage of the new hardware. Instead, they’ll need to abide by a console design that was first introduced in 2013. It’s old hat by today’s standards, and it will hold these games back in some ways, even if it’s the right decision to accommodate audiences who either can’t afford or can’t find a PS5 right now. 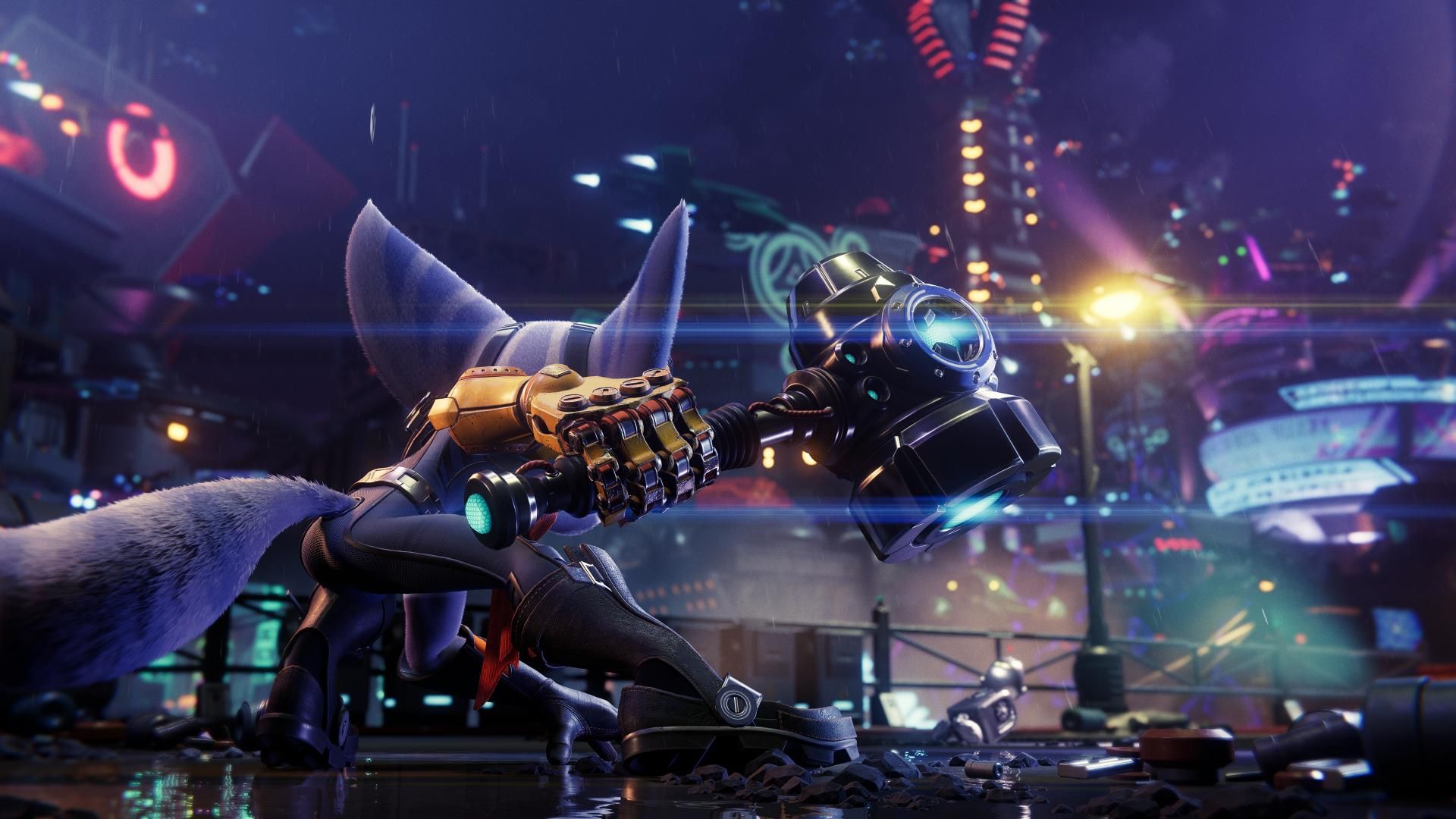 However, Sony also isn’t afraid to dabble in pure PS5 exclusives, in games that have been designed specifically for the hardware and want to show what its untapped power is capable of. Demon’s Souls did a wonderful job of this, although even that was defined by level design and gameplay mechanics of the 2009 original – Bluepoint simply enhanced it with all of the tools available to them while remaining as faithful as possible. Ratchet and Clank: Rift Apart from Insomniac Games is another kettle of fish entirely.

It’s been designed for the PS5 alone and it really shows, pushing visual fidelity and environmental complexity forward in a way we’ve never seen before, and such an accomplishment is evident in the opening moments. Rift Apart begins with a yet-to-be-unmasked Rivet exploring a futuristic dystopia, with flying cars zooming overhead as neon lights splash wet, ray-traced reflections upon them. After chasing down a helpless alien, Rivet removes her helmet and unveils a character model awash with realistic fur, fluorescent pupils and a sense of personality made possible by such an obscene attention to detail. Rivet is also very cute – and I’m not even a furry. Honest. 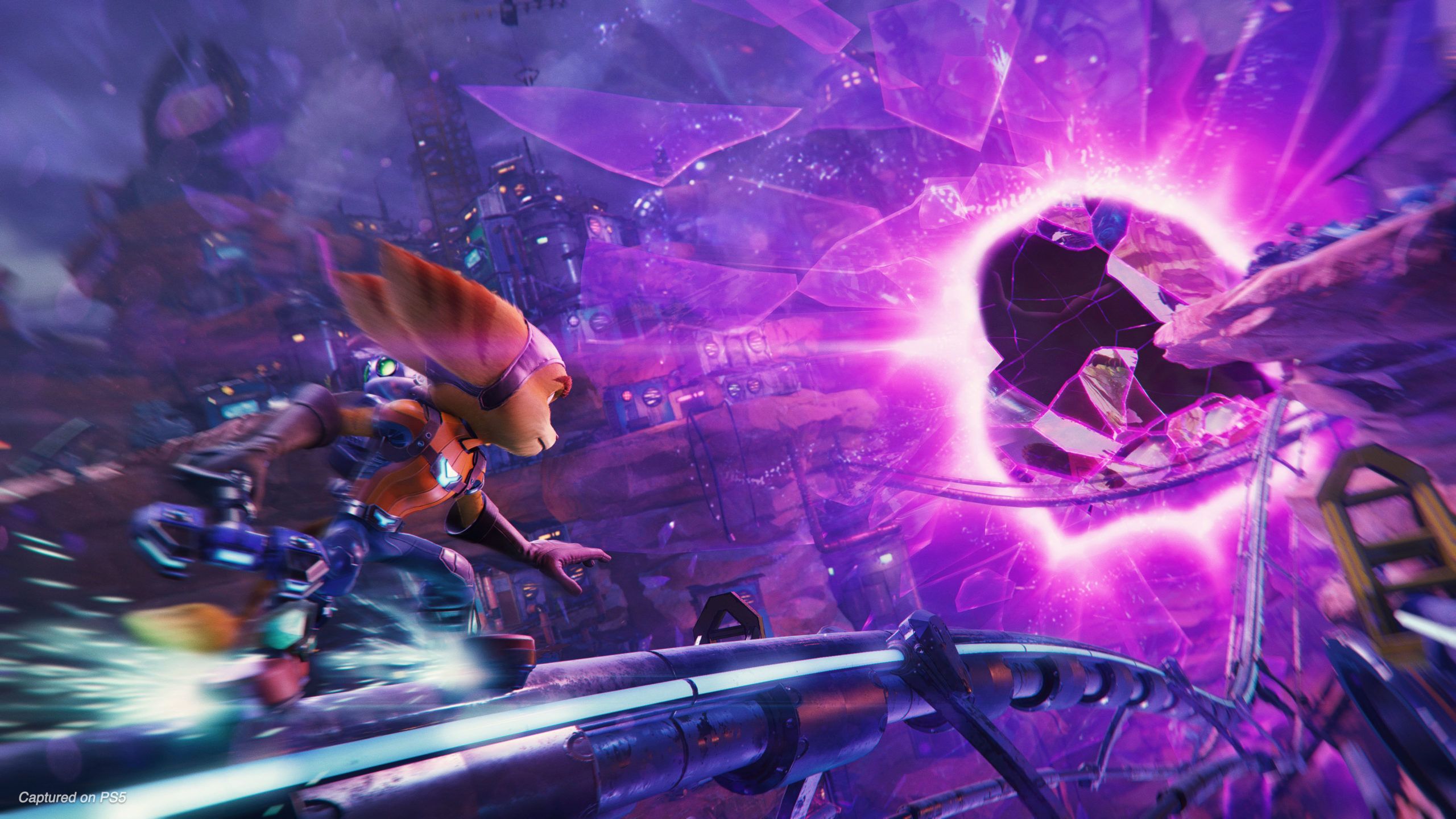 This sequence is a thrilling teaser of what’s to come in the dimension-hopping adventure, one that I’m still in early hours of myself. However, it pales in comparison to the chaotic parade level to follow. Ratchet and Clank find themselves dealing with a crumbling city as The Dimensonator is stolen by Doctor Nefarious. After being shot by Ratchet, it begins to rip holes in the fabric of reality, allowing dinosaurs and other nasty creatures to pour through portals in the environment to dynamically introduce hazards and combat skirmishes that the player must contend with.

While Rift Apart doesn’t abandon the core gameplay formula the franchise is known for, it does increase the sheer scale of encounters due to how the PS5 allows Insomniac Games to load in foes, obstacles, and other challenges within a matter of moments. This can be seen as Ratchet and Clank find themselves hurtling through a series of rifts, entirely new planets being produced in a matter of seconds as you’re provided with an idea of what the entire campaign will offer. The rifts themselves are somewhat underused according to our review, but they remain a brilliant showcase of the PS5’s capabilities, especially when studios aren’t afraid to use them in bold, creative ways. 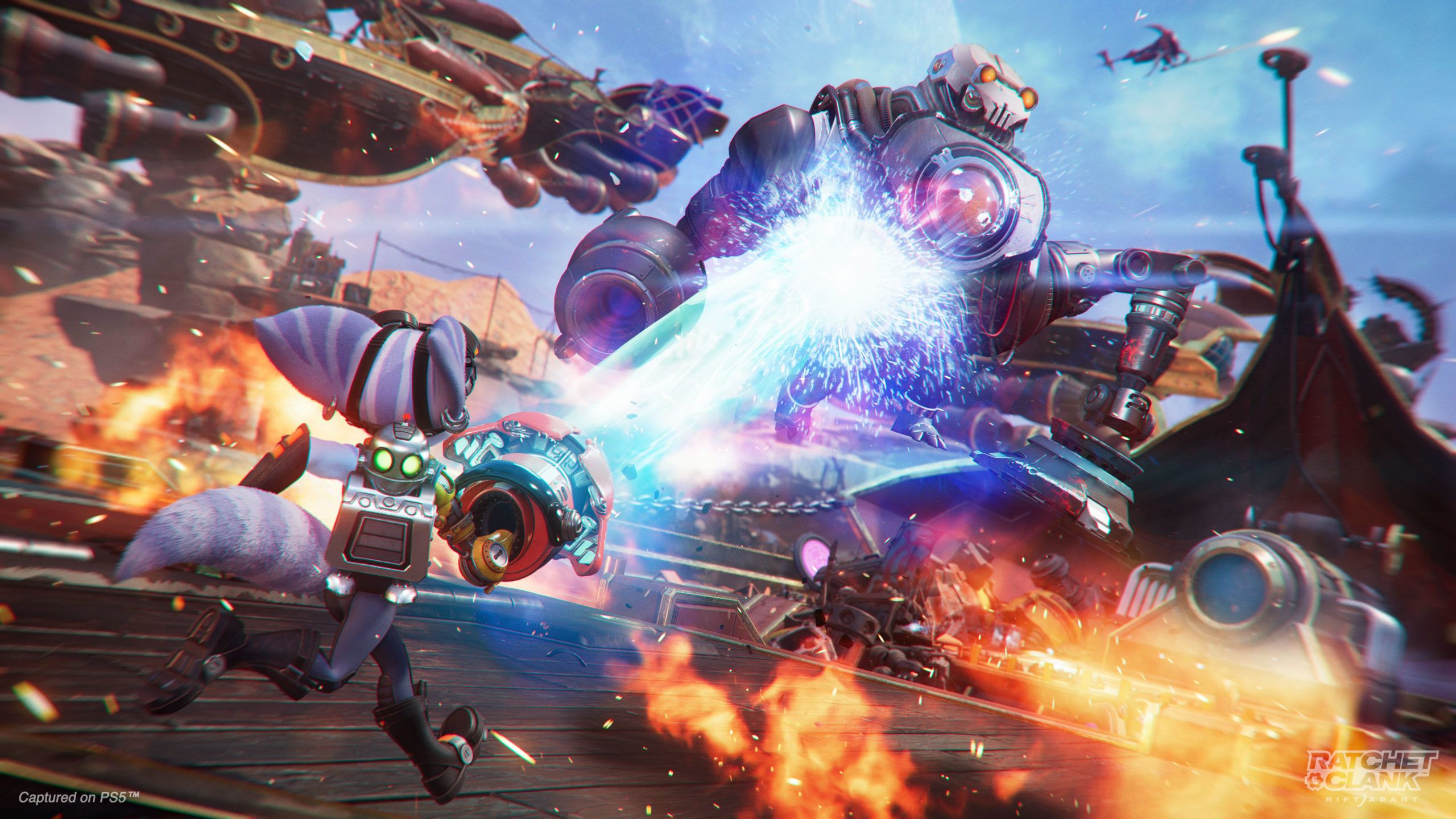 As a medium, we have a habit of comparing games to films, wishing we could achieve a fraction of what they do in terms of visuals and storytelling. But I feel Ratchet and Clank: Rift Apart almost surpasses the achievements of Pixar and DreamWorks in some ways. It’s all fully interactive, allowing you to explore and uncover its world on your own terms without any of the aforementioned detail being lost to make this possible. There’s no compromise anymore, with the PS5 circumventing any technical hurdles that might have held similar games back in the past. Here, it finally achieves that vision – and I’m loving it.

Right now, you won’t find another game like Ratchet and Clank: Rift Apart on PS5. It’s a spectacular showpiece for the console, both in terms of stunning visuals and ambitious gameplay ideas. I think the cross-gen approach of Horizon Forbidden West and God of War 2 remains a solid one, even if part of me will mourn a true next-gen experience. It’s impossible to find a PS5 right now, so once the world finally returns to a state of normality, newcomers to the platform will have an utterly delightful outing to look forward to.