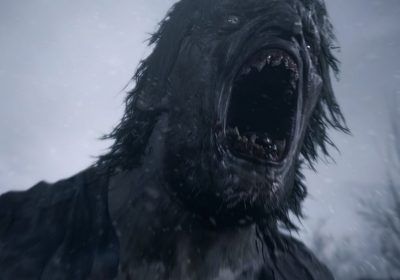 In Resident Evil Village, you are pulled from your peaceful suburban life into a small town riddled with monsters and unsettling foes clutching at your throat with dagger-pointed fingertips. It’s like Dorothy stumbling from Kansas into Oz, only the yellow-brick road is stained red with blood, the munchkins are a hungry pack of Lycans, and The Witch is Mother Miranda.  It’s an upside-down Bizzaro mishmash of all prior games, and yet it lacks that crucial depth in its inhabitants, leaving them as just that, hapless munchkins padding out the path before you – and it could have been so much more.

Resident Evil has always been hit-or-miss with its storytelling, with the best of the narrative often being tucked away in files and diary entries scattered throughout the environment.  The tragedy of William Berkin found amidst videotapes and hastily drawn notes only makes his eventual boss fight all the more unsettling because we know exactly who is under that straggling mess of swollen corpuscles. It didn’t stop at the boss fights either, which was the key difference between those older titles and Village. With this new entry, foes on your journey feel like filler to keep things from becoming too quiet.

Let’s look at Resident Evil 7’s Molded as an example, the slithering humanoid monsters seemingly made up of decaying tendrils draped in black. They’re lurking in the basement, their heads a faint apparition of a person’s face with nothing but teeth stretched from one cheek to the other. They guard their creator, the very environment around them shaped to their biology with flesh coating the walls, spreading like a demonic fungus. There’s clear evidence of people being fed to the mold so that a transformation might occur, and it’s unsettling in every single sense of the word. Where you find them, they belong. It’s their habitat, their world, and you’re stepping into it with a knife and a handgun just hoping that you can survive. 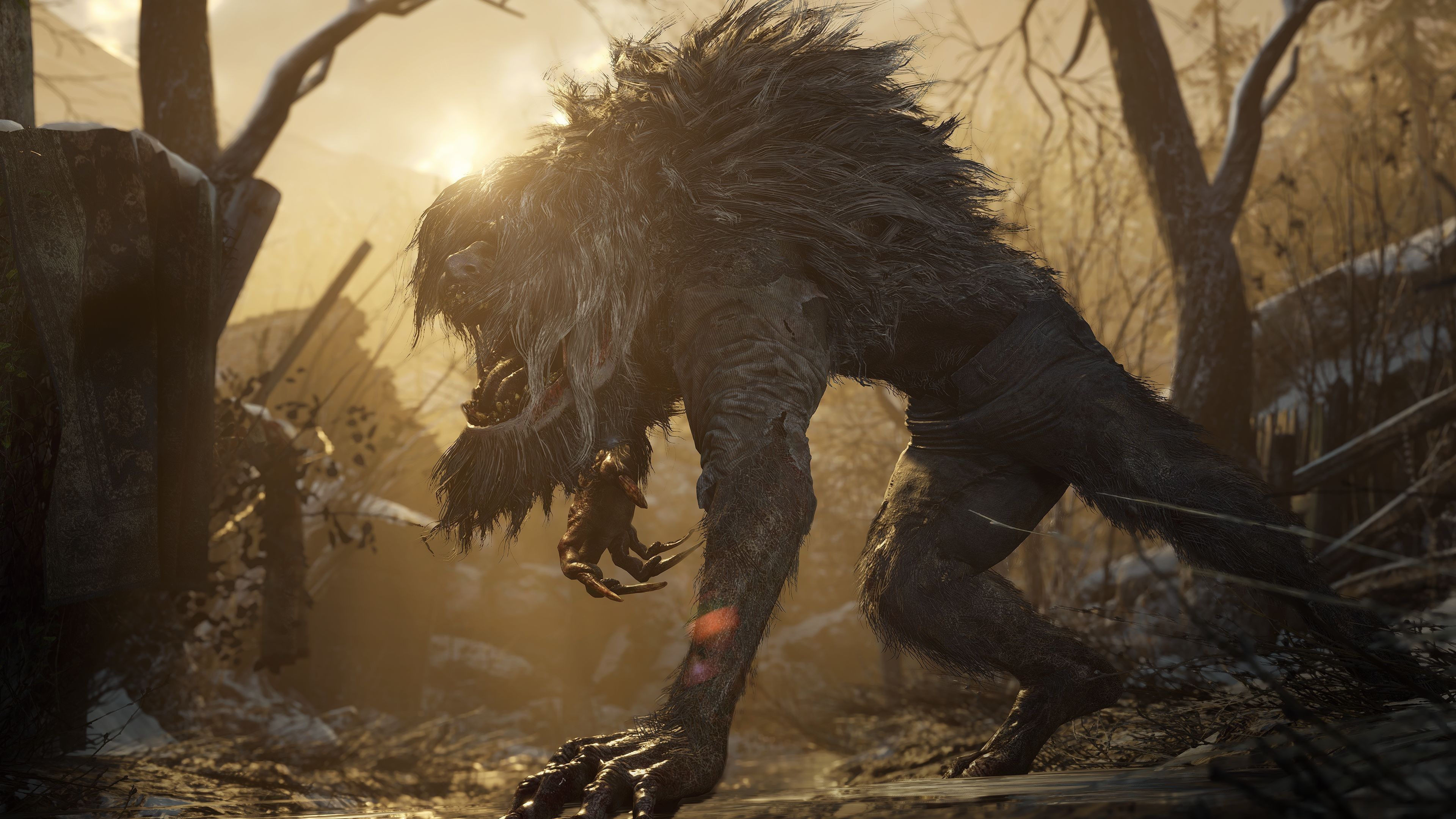 In Village, the Lycans – fancy werewolves – are just sort of there. Sure, we find their hideout eventually, their cave, but remove them from that locale and it’s just that, a cave. The little town with the towering castle, a clear homage to Resident Evil 4, is filled to the brim with a diverse palette of enemies, but all of them feel thrown into the mix with no rhyme or reason. There’s little thought being put into why they’re even here in the first place. We know why the Molded are present because of environmental storytelling: the spreading black glop infesting the lower echelons of the Baker residence, the morgue filled with corpses in the midst of becoming Molded, some actually finishing the process when you prematurely yank them out. Yet, for Village, we stumble into the Lycans immediately and they swarm Ethan Winters with no hesitation, and that’s about as much depth as we get.

The Lycans were all over the promotional material, so this is a bit of a letdown. Resident Evil was branching out from its roots to a new sect of the supernatural with hairy, bone-chilling foes that sported intelligence and ferocious, untapped strength, going as far as to ride horses and wield weapons and armor. Yet, they were fodder. Other enemies in the game do get that depth such as the Moroaicas, the hooded servants of the Dimitrescu castle that have been rotted into subservient, mindless defendants of the dungeons. Then we had Heisenberg’s factory filled with his inhumane cyborg constructions. The environment lent itself to those beings, while the Lycans were just sort of in the village because why not? 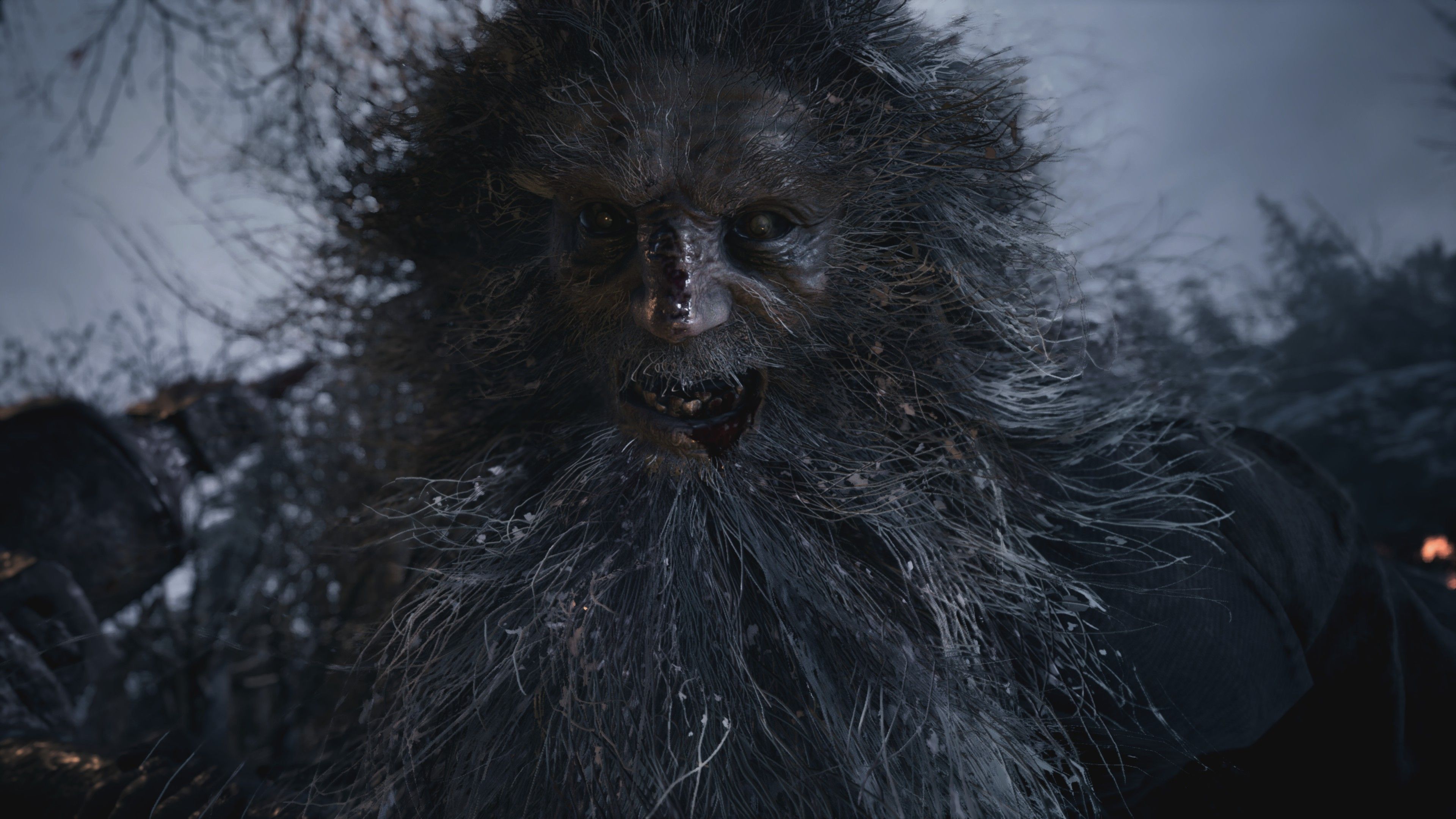 This brings me to a wider problem with the titular village itself. It’s a drab rendition of Resident Evil 4’s own, a small collection of interconnecting houses with an obtuse layout. It’s the hub where you’re constantly returning to in order to venture into a newly opened orifice so that you can face one of the many daunting lords. It’s the central location, your safe spot with the Duke, your friendly shopkeeper, and the branching paths to everywhere you oughta travel to. Yet, it never receives any personality of its own. It’s just a collection of homes, generic characters with oddly American accents, and enemies that are literal fluff. For a game called ‘Village,’ the village is the most boring part, and that’s down to its desperation to recapture the magic of a classic that it sits solemnly in the shadow of.