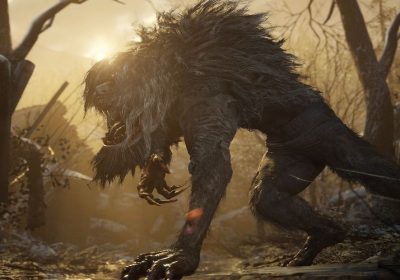 My excitement when booting up Resident Evil Village was palpable. It was one of my most anticipated games of 2021 as I’m sure it was for many of you reading this. But it had a glaring problem right off the bat that left a sour aftertaste in my mouth that, even a couple of hours in, hasn’t quite dissipated. There are no accessibility options in the menu – zilch. That’s unacceptable.

Games have been making strides in improving their choice of settings so that anybody and everybody can play, what with Ratchet & Clank: Rift Apart being a bastion of this push. Going from the revelation of all those intricate, well-thought-out settings that champion accessibility only last week to this is like whiplash, and believe me, I’ve been through whiplash. Ratchet & Clank lets you add a hero shader to clearly see your player character, but this also extends to the enemies, bosses, obstacles, and collectibles with a ton of colors on offer. There’s a toggle for motion blur, a customizable HUD, assistance for attacks, trigger pulling, and aiming. That’s just to name a few of the choices. From Ratchet & Clank, it’s clear that accessibility is a huge point of concern for Sony and Insomniac together, and this has been evident for a while, with The Last of Us Part 2 as a pioneer. Despite these strides, Capcom is stuck in the past with next-to-zero choices.

It’s hard to say how that’s happened after years of progression and learning, especially from a triple-A developer, but let’s backtrack to the FOV issue momentarily. You’re strapped to a peculiarly zoomed-in view. For many, that might not be an issue, but there’s no option to change it for those where it is, and it’s not a particularly hard option to implement, what with modders already doing so. It hammers back to the days of the original Borderlands where you had to mess about with an ini file to avoid nausea and an overwhelming feeling of uneasiness, something that’s been plaguing my Resident Evil run thus far. It’s scarier than Lady Dyson Sphere and her three D’Vorah daughters.

It’s not just FOV, though. The subtitles are abhorrent, barely legible in places, with no option to customize them to your own preference, whether that’s adding a white box behind, enlarging them, altering font, color, etc. Streaming services do a better job. While it isn’t a problem limited to Village, in the grand context of a wealth of accessibility blunders, it’s another glaring issue that drags it down. The text is sickly thin, the black stroke border is faint, and there’s little to distinguish the text from its background, meaning that when you have the white subtitles collide with the white ground, you’ll be lucky to catch it. God help you if you’re playing on a TV and sat across the room on a sofa, cushioned up, just trying to enjoy the latest survival horror goliath.

Subtitles also don’t specify who is speaking, completely missing the point altogether. For those hard of hearing or who are deaf, that means that they have to play a guessing game to figure out who is talking and when which no doubt will get confusing. With accessibility settings, games tend to offer an option to toggle names of speakers, and some go as far as to have different colors depending on standing, faction, or the actual person themselves. It’s also endemic of a larger problem in the game which is the lack of captions meaning that sections that rely heavily on ambient sounds to play into the horror aren’t shown to those who can’t hear, meaning they have no clue what’s going on because there’s nothing to tell them.

Can I Play That? did an extensive dive into whether you can actually get in on the action with Resident Evil Village if you’re disabled. The answer was a resounding ‘no, you can’t.’ It’s exclusionary in every single meaning of the word. Maybe Capcom will issue an update that addresses this, but I’m not holding my breath. If it didn’t care to even do the bare minimum before launch, there’s little chance it’ll bother now, especially since the game’s already a major success, one of its biggest so far.

You can donate to help with accessibility in games by heading over to The AbleGamers Charity.