Home » Reviews » Roblox and the Wild West of teenage scammers

Roblox and the Wild West of teenage scammers

Rez’s story, however, is not just about his rise to popularity on Roblox or his subsequent fall. This is a story about a now enormous platform that transforms young kids into game developers, and the surprising drama that the job entails. It is a story about a teenager gaining too much power over a group of people, and not knowing what to do with it. It’s a story about growing up on the internet, and having all your embarrassing stumbles unfold in front of an audience.

But to understand what happened to Stateview Correctional Facilities, we need to understand Roblox, an online game where players can build and share their own worlds.

[Content warning: The text of this article discusses racism, transphobia, and bigotry.]

Unlike a storefront like Steam, a lot of content in Roblox is made by kids and young adults. In Roblox, the fun comes both from playing and making games. Making games can be lucrative, too, as popular games can be monetized by creators. And so fans learn how to market their creations, all in the hopes of finding an audience.

This month, Roblox hit 100 million active users — that’s more than most mainstream video games. A pet simulator called Adopt Me, for example, broke the Roblox record by entertaining 400,000 live players at once. While not every game will gain a player base, those that do catapult their young developers into having public lives and careers. 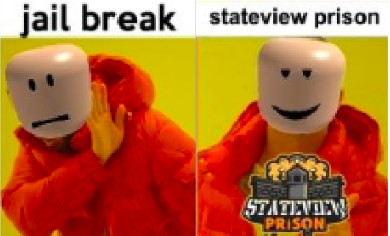 In Stateview Correctional Facilities, players chat, explore the prison, and interact with each other as blocky characters. Every now and then, a prisoner may try to escape from the facilities — and that’s where the cops come in. Police in Stateview, who have to pay for the privilege, are given hand guns and tasers, which they can use to hunt down escapees. Otherwise, everyone who plays starts out as a prisoner. This framework proved popular, as the simulator garnered over 2 million lifetime visits and earned a front page feature on the official Roblox web page.

Rez was smart about getting the word out. He invested in original ads that were disseminated on Roblox. Some ads were simple stills of the game, but other ads challenged popular Roblox YouTubers to escape from the prison. Some just remade memes, like a Drake one, to advertise the game. In total, he told Polygon that he initially invested close to $500 into the game — enough to buy advertisements and hire three developers for added game polish. The gambit worked: Stateview Correctional Facilities went from a few hundred players, to suddenly being one of the top 25 money earners in all of Roblox.

But the success of Stateview Correctional Facilities came to a halt on June 28, when Rez announced that Roblox had terminated his account. “My account got deleted, with no detail, no information … I contacted the support, and nothing but automated responses,” Rez told Polygon.

Rez claimed innocence, but within an hour after posting about his ban, developers and others from the Roblox community came out of the woodwork with a laundry list of accusations. To start, they accused Rez of expressing hateful and homophobic language online. Developers also brought up serious allegations. One popular claim was that Rez failed to pay developers on previous Roblox games, and that Rez also used fake accounts known as bots to inflate his impressive player-ship statistics.

This sort of Twitter developer drama is a staple of the Roblox community, which the playerbase has taken to calling “RTC.” According to Erythia, a developer on a popular Roblox game, “drama is totally normal” within the group.

Just this week, KonekoKitten, a Roblox YouTuber was accused of stealing a video idea from another YouTuber, prompting an entire debate what constitutes “original work” on Twitter. These scenarios are common partially because Roblox is used by amateur creators, not professionals. Plus, on social media, developers can say anything they want about each other — whereas Roblox has strict community content rules. The drama between teens has practically become a joke within the community.

With all these accusations floating around, Rez started to crack under the pressure. In response to the outcry, Rez published a series of hateful tweets. He was starting to unravel, posting bigoted messages such as “I don’t get why people support trans people.” He said, “Honestly, wtf. Gay people I can life [sic] with, but I’ll throw up. Trans, no thanks.” These messages were sent while everyone was demanding answers for the Roblox accusations. 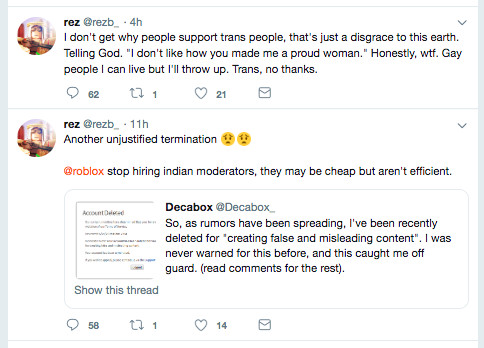 Following near-universal condemnation from the Roblox community, Rez apologized and deleted the offensive remarks from Twitter. “I do regret some of the posts … but everyone is entitled to their own opinions,” Rez said of the community reaction.

This type of language might make a ban seem warranted — Roblox skews young, so the platform takes extra precautions to moderate hateful content. Kids aren’t allowed to use certain words in chat; they have an official trading and sales systems, so that players can make deals in Roblox and sell items without being scammed. Roblox couldn’t confirm the reason for Rez’s ban, as the company said it won’t comment on details about individual users.

Despite the accusations about pay, botting, and bigoted remarks, there may be a simpler reason why Rez got banned. Roblox may have kicked Rez off because of how Stateview used in-game purchases to make money off of accidental clicks.

The game had a pop-up that appeared about a minute into joining the server, and in this screen, the cursor was automatically placed near the “purchase” button. This could lead some users to accidentally click the purchase button by accident, spending the equivalent of 850 Robux or about $10.50. In a video by Roblox YouTuber Flamingo, the player loads up the game and switches tabs to look at Rez’s Roblox account for a moment. When he returns to the game page, the window is there.

This practice violates Roblox’s content standards because it could take advantage of unsuspecting kids, and Roblox has banned other games that feature exploitative user interfaces. Based on a post this month from the Roblox developer forum, Roblox banned a now defunct first-person shooter for the game’s user interface. After this person’s ban, Roblox sent them a message in which the company told them, “Do not design your windows to appear on unrelated game actions or try to force users to accidentally click on them.” 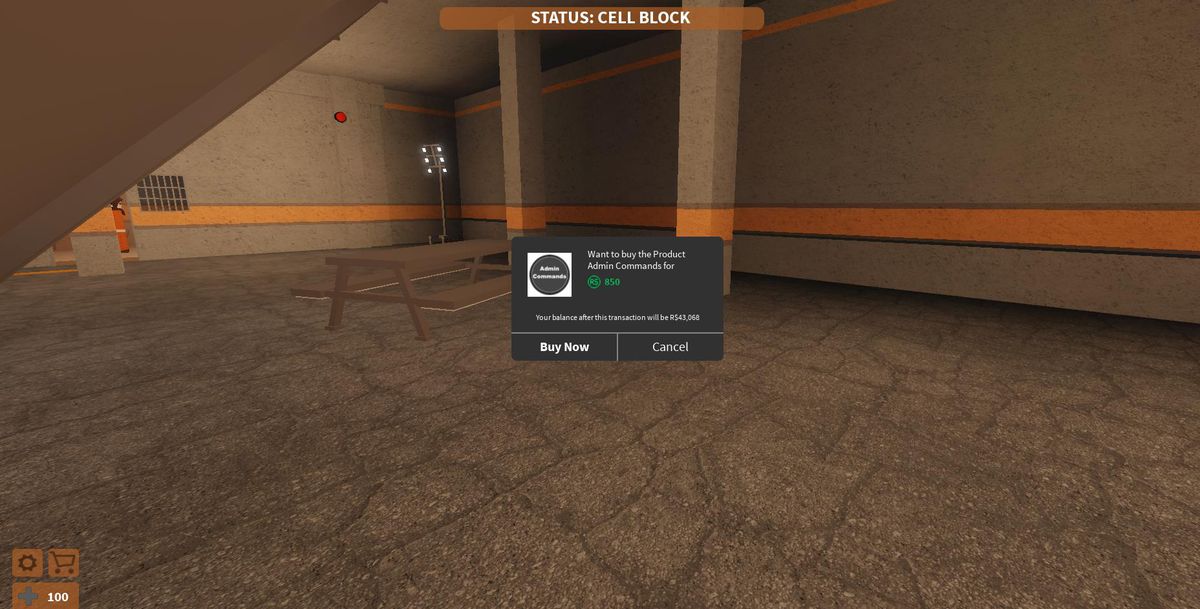 Rez’s purchase popped up in a central location soon after loading the games, which could lead players to accidentally spend money in game.
Roblox

Back in May, Rez received a ban from Roblox because Stateview violated Roblox’s terms of service. The listed reason for the ban: “scamming.” In Roblox, scamming is a larger category that encompasses all sorts of misuse, like selling fraudulent game passes and phishing. At the time, Rez did not disclose if Roblox provided him with any further details as to what the specific “scam” was that led to his first termination. Rez only received a warning for this infraction. 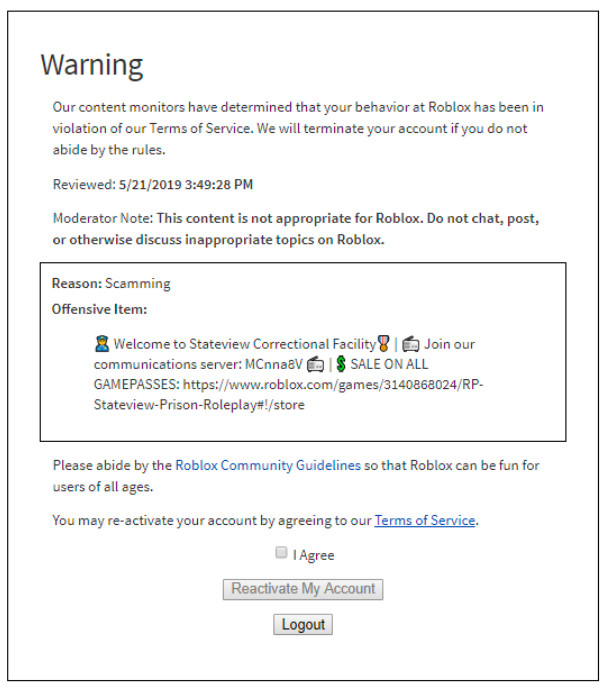 As for the botting accusations, Victor Mitchell, a community moderator on Roblox games, confirmed Rez’s association with sites that could inflate player numbers. While Mitchell didn’t work with Rez directly, he was aware of the communities Rez ran on Discord. Mitchell added us to a now-dead Discord server used to distribute Roblox bots. Among those previously active on the server was Rez. His Discord profile listed him as an admin on the group. The profile, nicknamed Mr. Goose, still held Rez’s Discord tag.

When we asked about this, Rez asserted that he “had no affiliation with botting.” We followed up with further questions, but Rez stopped responding to Polygon’s messages.

The server provides all necessary support to help developers artificially inflate the player numbers on their games — which tricks Roblox’s algorithms into featuring the game on the front page, where players are more likely to see it. The welcome page connects to a website called “RBLX Bots,” that claims to sell Roblox bots. Rez, who is listed as an admin and can be seen making announcements in the server, is a leader in that group. The welcome page for the Discord sever that sold bots for Roblox games.
Boat/Discord via Polygon 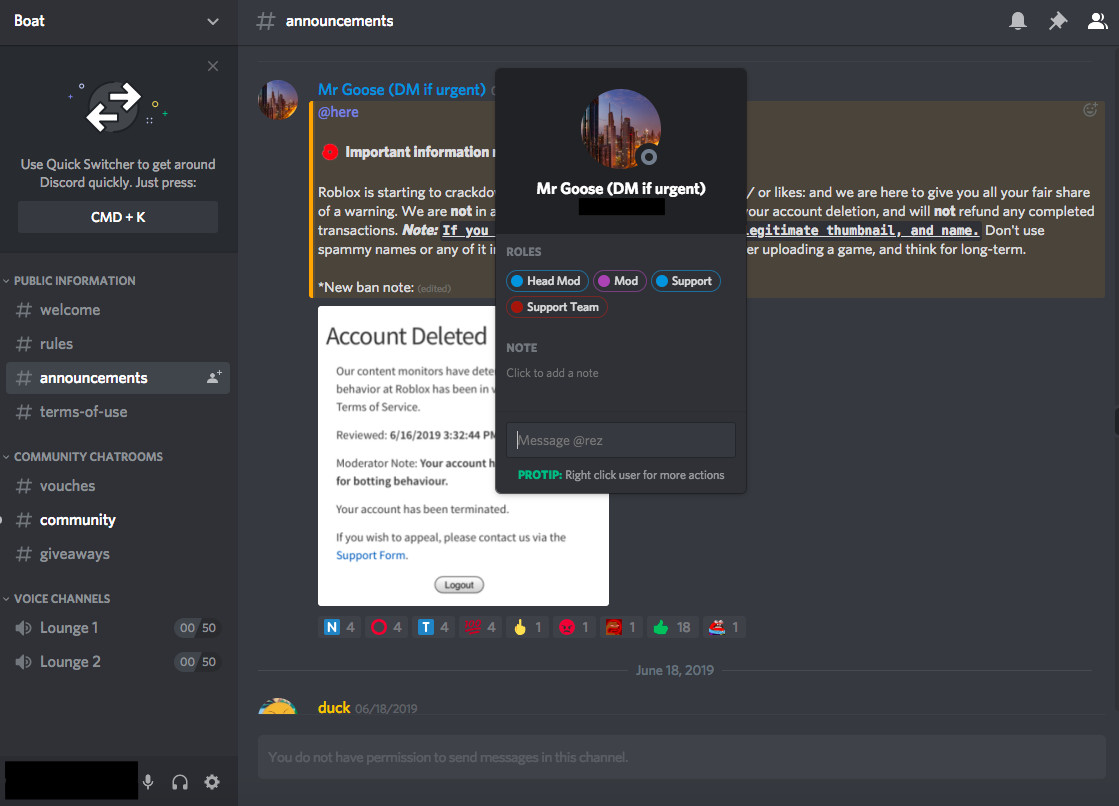 A screenshot of Rez making an announcement on the Discord server that sells bots.
Boat/Discord via Polygon

A 19-year-old developer, who wished to remain anonymous out of fear of retribution, sent us an 800-word account of his history with the former Stateview owner. According to screenshots shared with Polygon, Rez contracted him for work on two different projects, but then failed to pay him for both back in May 2018. These screenshots were shared on Twitter last year, which aligns with the teenage developer’s story.

Unfortunately, the pair never formalized the agreement. Everything was agreed upon via a figurative handshake on social media.

“It’s up to the user … to document what goes on,” he muses. “But most of us don’t think like that, we expect it to go well.”

Holding anyone accountable in a free video game with millions of young players is difficult, especially as mainstream media largely ignores what goes on in Roblox — other than to awe at how enormous it is. Plus, young kids might not know about things like contracts or how to handle the freelancer lifestyle.

Rez may be exceptional in what he did, but this account underscores how common many of these “scam” tactics are on Roblox. Throughout reporting this story, we encountered allegations of other developers using denial of service attacks to threaten competing games, Roblox users deploying aliases to get around bans or blocks; as well as developers selling bogus game products to younger kids. It’s almost as if all these scams are just part of growing up on the internet now.

It’s not just that it’s difficult to regulate informal deals between players on Roblox. Savvy teenagers on the platform are also getting good at evading the consequences of their actions.

When Polygon looked at Rez’s Discord profile, it showed that he is an admin on a game called Mexico – US Border Roleplay. This new, unreleased game, allows kids to role-play as either ICE agents or Mexican immigrants. Similar to Stateview, kids pay to play as an enforcement officer and get access to special weapons like semiautomatic rifles. Granted, being an admin doesn’t necessarily mean Rez was involved in the development of a game. 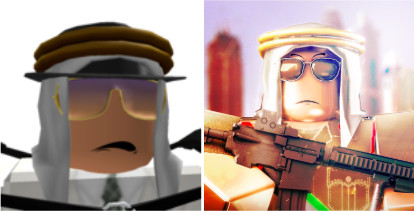 But if you look at Border Roleplay’s game page, it says that the Roblox title is owned by someone named Salaman. Here, Salaman introduces himself as a Muslim with “a great passion for community service and helping others.” In an interview with Polygon, Rez mentioned that he funds Muslim developers. The Roblox avatars on Rez’s old account and Salaman also shared a similar design. It almost seems like Rez is back in the trenches of Roblox game development, just under a different persona.

We tried to confirm this connection, but “Salaman” denied Polygon’s friend request on Roblox.