See the Creation of a Virtual Carl Cox for Sensorium Galaxy 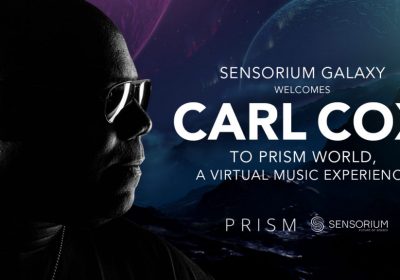 Sensorium Galaxy is building up to a big launch this year, looking to become one of the go-to metaverses for immersive entertainment. Over the past year, the social platform has revealed the likes of superstar DJ’s including David Guetta and Carl Cox are going to be part of this digital universe performing exclusive sets for fans. Just like it did a couple of months ago for Guetta, today Sensorium Galaxy has revealed a new behind the scenes footage of Cox’s participation.

The short documentary features an interview with Carl Cox and why he was drawn to this virtual reality (VR) project whilst showcasing all the work that has gone into digitising the renowned electronic music artist. “I am excited to join Sensorium Galaxy in taking communication and entertainment to the next level. This immersive platform allows you to experience things and share special moments with other people no matter where they are,” said Cox previously.

It’s a highly involved process all recorded in Melbourne, Australia by Rouge MoCap. In a massive 360-degree camera rig the company captures every inch of Cox so they can accurately reproduce the DJ inside Sensorium Galaxy. All that was on the first day while day two focused on the motion capture, actually recording the DJ in action as he performs a set. Here you see Cox using tech like the Manus Prime II gloves alongside Pioneer turntables for accurate reproduction.

Just like all the other DJ’s once Sensorium Galaxy launches you’ll find Carl Cox in Prism World, a virtual clubland developed in collaboration with Yann Pissenem, the creator of clubs Ushuaïa Ibiza and Hï Ibiza. Cox and Guetta will be joined by Armin Van Buuren, Black Coffee and Dimitri Vegas & Like Mike as the currently confirmed lineup.

Sensorium Galaxy will consist of two worlds to begin with, Prism; for all the music, and the Sensorium Starship which acts as the hub for the launch in Q3 2021. There will be a third called Motion World where you travel underwater to music that is designed for relaxation. This is expected to arrive in Q4 2021.

I won’t purely be a place to go and listen to music. Like most VR metaverses currently being created Sensorium Galaxy wants to be a social platform with its own community, commerce and ability to sustain itself. It’ll be accessible via PC VR headsets as well as on desktop, iOS and Android devices. There’s an early VR tech demo on Sensorium Galaxy’s website and for further updates on the launch, keep reading VRFocus.