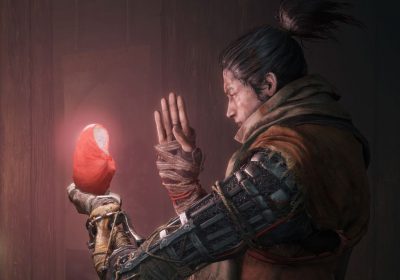 Sekiro: Shadows Die Twice speedrunner Mitchriz pulled off an impressive playthrough of the game earlier this week, beating FromSoftware’s notoriously challenging game blindfolded. Mitchriz, already an accomplished speedrunner with multiple records in Sekiro, managed to pull off his blindfolded run in just four hours and 35 minutes. It was his second attempt.

If you’re wondering how the hell anyone could pull off the final battle against Isshin the Sword Saint without looking, let me remind you that Sekiro has four endings, and Mitchriz opted for the shortest (Shura) ending. Regardless of the path, he saw credits (well, once he pulled his blindfold off). It’s an impressive accomplishment, since Mitchriz relied on memory, sound cues, and a deep familiarity with the game to defeat tough bosses like the Guardian Ape and Corrupted Monk without the benefit of, you know, seeing them.

You can watch Mitchriz’s blindfolded speedrun on his Twitch channel in two parts (1, 2). But here he is polishing off the Guardian Ape (for good) near the end of his run:

Mitchriz spent about a month (and what appears to be about 100 hours in total) publicly practicing for his blindfolded speedrun of Sekiro: Shadows Die Twice. His most recent Twitch broadcast shows him reviewing his run in hopes of optimizing it.

Mitchriz has other impressive speedrun records to his name, including a Shura speedrun of Sekiro: Shadows Die Twice that comes in just under 20 minutes, according to Speedrun.com. That run uses the “airswim” speedrunning technique, a glitch that lets the Wolf literally swim through air and break through the game’s boundaries.

For some insight into what it’s like to beat Sekiro the opposite way — over two years and 300 hours of in-game time — please enjoy Vox Media Networks creative director James Bareham’s inspiring story of getting “gud.”