Home » Reviews » Skyrim’s Taverns Are The Cosiest Places In Gaming

Skyrim’s Taverns Are The Cosiest Places In Gaming 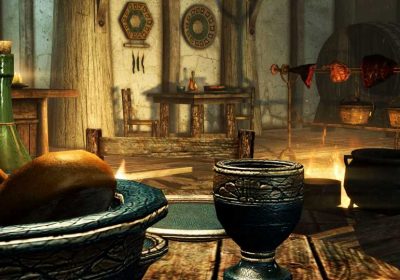 I always love that moment in a fantasy RPG where you're returning from an adventure, beaten and battered, inventory stuffed with loot, and you slip into the cosy embrace of a tavern. It has to be a proper one, though. I want a raging fire in a big stone hearth. Tables loaded with flagons of ale and oversized haunches of roasted meat. A bard playing music, preferably on some kind of lute. A friendly barkeep welcoming me in, but warning me to behave in their establishment or the town guards will have something to say about it.

Taverns serve a practical purpose in an RPG, giving you a place to rest, sell loot, and stock up on supplies. But they're also an important part of the vibe, and nowhere is this more evident than in Skyrim. Tamriel's wintry north is a wild, dangerous, inhospitable place. A frigid landscape of barren tundra, snow-whipped mountain peaks, and frozen seas. Which makes those moments of merciful respite, when you escape out of the cold and into the snug glow of the country's various watering holes, extra special.

Like many real-world nations that are cold for most of the year, the hardy, resourceful people of Skyrim have become masters of hospitality. They really know how to make a pub or an inn welcoming, and it's wonderfully comforting when you venture inside and the sound of howling wind is replaced by the soft murmur of patrons, the crackle of the hearth, and the strum of a lute. These places evoke the same feeling as other video game safe spaces, like Resident Evil's save rooms, making you feel instantly at ease.

Bethesda's artists nailed the atmosphere. Whiterun's Drunken Huntsman is probably my favourite in all of Skyrim, with a big, toasty-looking firepit in the middle of the room. It casts a cosy orange glow over the stone walls, and you can even see a faint ripple of heat directly above the flames. It just looks warm, and I would love to have a pint there after a long, cold hike through the tundra. The sturdy wooden tables heaped with fruit, vegetables, beer, and meat are enough to make your stomach rumble too. 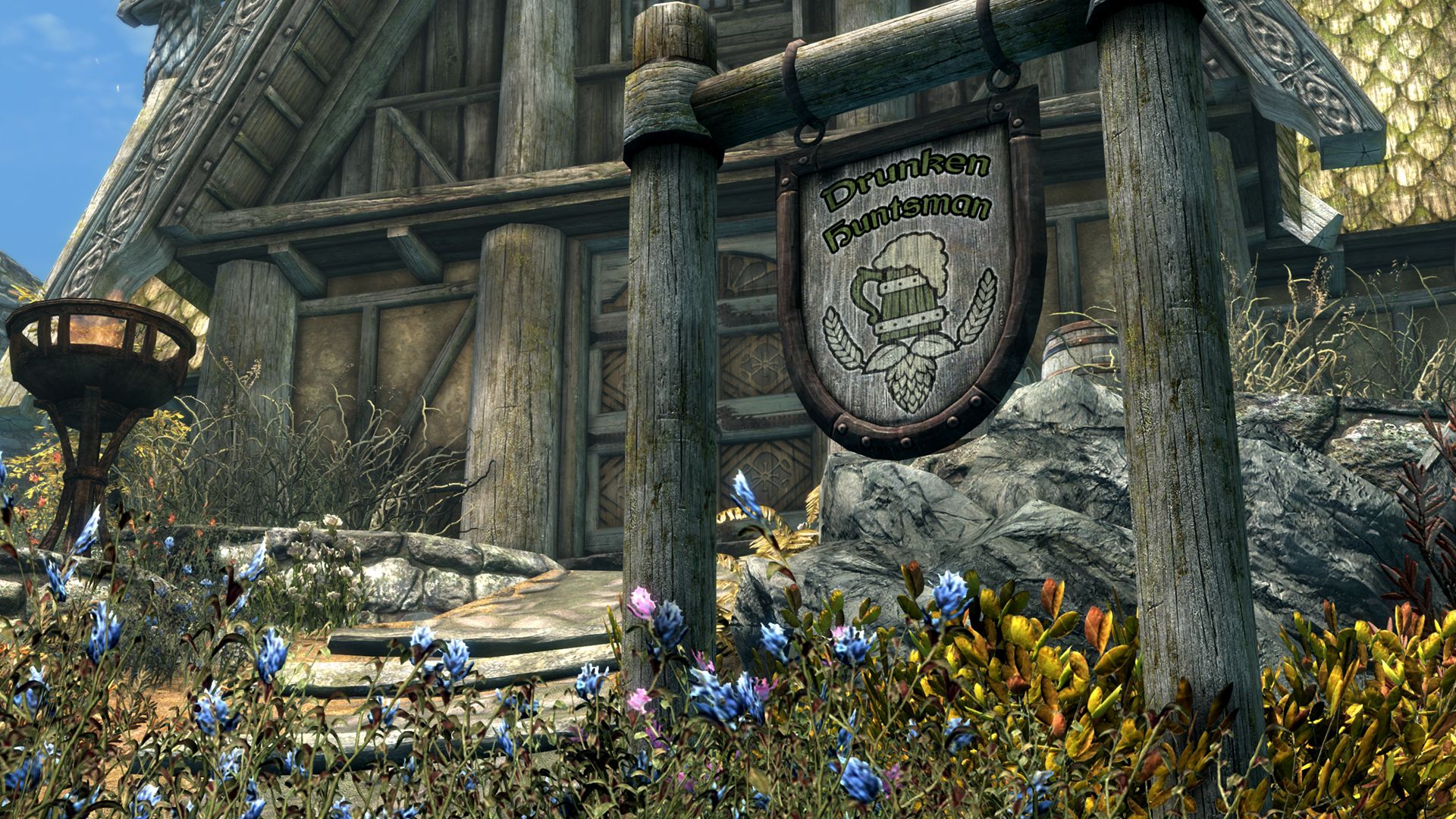 I like how the taverns have their own lore too. Candlehearth Hall in Windhelm is named after the candle that burns eternally over its hearth—a tribute to a legendary Nord warrior. Whiterun's Bannered Mare takes its name from the myth of a Nord king who died in battle. The stories say his trusty steed kept flying his banner, inspiring the surviving army to defeat the enemy and avenge him. As for The Winking Skeever in Solitude, apparently the owner once saw a skeever (a rat, basically) in the tavern winking at him.

Not all the taverns in Skyrim are nice. If you travel to Riften, a city favoured by thieves, scoundrels, and other troublemakers, its pubs—The Ragged Flagon and The Bee & Barb—are appropriately grimy and dangerous. You feel like you could end up with a dagger in your ribs if you looked at someone the wrong way. But these are rare outliers. For the most part, every drinking hole in Skyrim is a nice place to hang out, whether it's a fancy city pub laden with luxurious decorations and finery, or a tiny little spit-and-sawdust village inn.