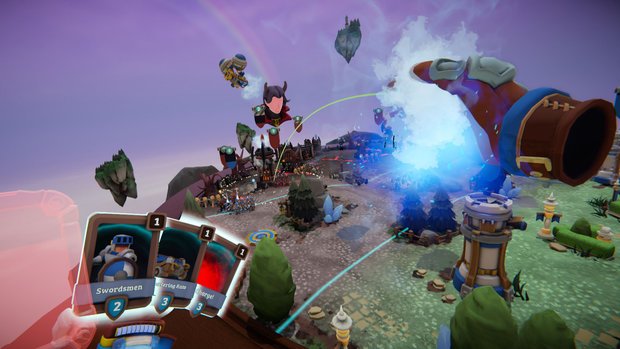 Managing your realm is simple enough, with each level (presented like a wargaming diorama) having designated nodes on which to place buildings.

What you choose to construct will dictate how many of each resource is generated per turn, including food, iron, stone, and magic crystals.

These are then spent on things such as increasing your worker population as well as purchasing and upgrading cards to use in battle.

As generals move around the map, they’ll occasionally come into conflict with enemies, triggering a skirmish.

All battles follow the same basic rules, mimicking the tower defence antics of Clash Royale. Your goal is to destroy the enemy base which happens to be flanked by two towers, each map using the same symmetrical, three-lane design. 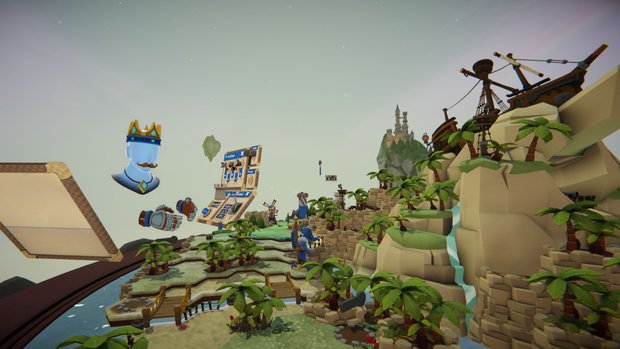 You’ll need to grab cards from your custom-made deck Yu-Gi-Oh style, laying them on the battlefield to either cast a spell or summon a unit.

Once they spawn, the latter will automatically move towards the enemy base.

Unable to directly control them, it’s your job to think tactically about the three lanes, knowing which ones to push and which to ease off on.

It’s a clever tug of war and one that becomes more tactical as you get your hands on more cards.

Skirmishes can also be played online against other players which, Vertigo Games hopes, is where most players will graduate to.

Again, it’s clear to see where the studio got their inspiration from, Skyworld’s bitesize battles aping those of Clash Royale, allowing you to cycle between opponents every few minutes while be frequently rewarded. 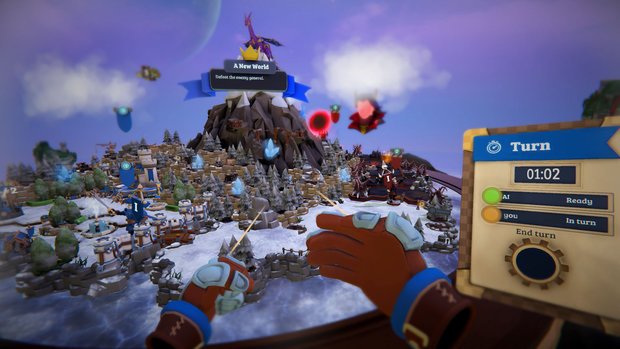 Vertigo has done a top job in distilling the strategy genre while making it feel like a fun and natural VR experience. It’s accessible not only in its design but the way you interact with this world and its many moving pieces.

While skirmishes are perhaps a tad too familiar to an aforementioned mobile megahit, Vertigo’s seamless shift between two massively contrasting genres proves that the studio is far from being a one trick pony and we can’t wait to see what comes next.