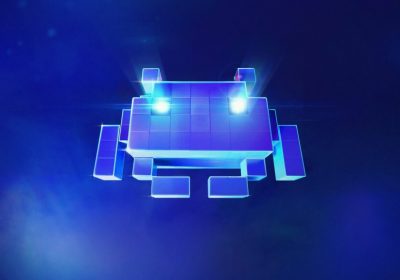 The Square Enix Presents event took place today and one of the most surprising reveals saw an augmented reality (AR) videogame revealed. Not just any old IP either, Square Enix Montréal and TAITO are collaborating on a Space Invaders title, bringing the classic shooter into the immersive gaming era.

A single image and and a teaser trailer don’t reveal what it’ll look like or if there will be an official name beyond Space Invaders. So what is known? Well, it’ll be a mobile videogame with AR features utilising “proprietary AR technology” with a “modern art style.”

Hopefully, some of those classic designs will be retained in some way whilst still allowing you to run around a field shooting the invaders and saving the planet. VRFocus expects that like most AR-enabled titles, players will be able to choose whether to have the feature switched on or not.

“We are extremely inspired by our collaboration with TAITO to re-imagine the Space Invaders franchise in a contemporary way while shaping it to our ambitious vision of what it can be on mobile,” said Patrick Naud, Head of Studio of Square Enix Montréal in a statement. “At Square Enix Montréal we are huge fans of the franchise and the team has risen to the challenge of showing how all-new technology can breathe fresh energy into a game as timeless as Space Invaders.”

“Collaborating with Square Enix Montréal on their bold vision for Space Invaders has been an incredible endeavour,” said Tetsu Yamada, President and Representative Director, Taito Corporation. “As fans of our classic series, they are treating Space Invaders with the utmost care and respect. We are thrilled that the game is coming out with new technology and fresh taste and will further expand the universe of the Space Invaders franchise.”

Square Enix Montréal and TAITO haven’t said when Space Invaders AR will be landing but you can head to the official website to signup for a chance to participate in playtests when they occur. For further updates on the title, keep reading VRFocus.