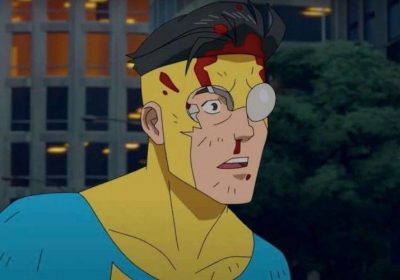 Superheroes. There used to be a time when they were elusive. You’d look up to the sky and could easily mistake one of them for a bird or a plane. Mystique (not the one from X-Men) was one of the main reasons people got so obsessed with them. You’d see them once a week, power through the issue, and spend the rest of the week wondering what master plan Batman would pull out of his ass to get out of whatever mess he’s in.

Now, I know what you’re thinking. This is all the fault of the MCU, right? That’s not entirely true. While the MCU largely contributed to it, superhero fatigue stems back to when it was just comic books. Think about it; hope many list articles have you read about Marvel copying DC comic characters, and vica-versa? We’ve seen new characters take up the mantle so many times now, almost every hero has a “new and young” version. These are all signs that the writers needed to change something drastically because readers were getting bored.

But perhaps the biggest contributing factor to superhero fatigue in comic books is the aftermath of a major event. The Justice League just barely managed to defeat the literal creator of the universe after going through trials and making decisions that they never had to before. And here they are in the next issue punching generic alien #3 for wandering into Earth’s orbit. I know that there will be dips when you’re working on a weekly format, but the post-event issues tend to straight-up crash and take a number of regular readers with them, including me.

We already had a lingering problem of superhero fatigue. So when Marvel decided to create the behemoth that is the MCU, we received a whole lot of content to get fatigued by. Don’t get me wrong, I like the MCU. I think what it’s done in the film industry is noteworthy and deserving of praise. It made liking superheroes cool for everybody, not just “nerds”.

But as much as I liked the Marvel movies I think that the sheer number of them was the problem. Sure, you have the movies about each hero, and then you have the big team-up, I get it. But why the hell do we need so many? Here’s a question I ask people who claim to love these movies: Did you know who the Guardians of the Galaxy were before they were introduced to the MCU? The answer was no almost every time.

The success of the MCU prompted it to make movies on just about any random comic book. And clearly, they were running out of source material. Shang-Chi? Morbius? The Eternals? Who the hell are these people? And why are we getting movies about them? So while comic books added to the fatigue in terms of stale characters and repetitive storylines, the MCU and other superhero movies and shows added to it in terms of volume.

I’d like to leave you with the line of thought that led me to write (rant) about this phenomenon. I binge watched the first season of Jupiter’s Legacy yesterday. While it was bang average, I thought it explored something new in terms of illustrating the generation gap between older and younger superheroes; but wait, Invincible already did that. Invincible was a great show! It showed the brutality and gore a superpowered individual could cause; but wait The Boys already did that. The Boys was another great show that portrayed just what could happen if the people we considered heroes turned out to be bad guys; oh wait, Injustice already did that. The Injustice storyline is very thought provoking, it asks us who keeps a watch on those watching over us; oh wait…