Home » Reviews » The Most I Accomplished In 2020 Was Making My Destiny 2 Titan Look Like A Crysis Reject, And That’s Okay

The Most I Accomplished In 2020 Was Making My Destiny 2 Titan Look Like A Crysis Reject, And That’s Okay

I didn’t do a whole lot this year. I mean, sure, I worked (obviously), but I didn’t really get through my backlog of games like I’d intended. Titanfall 2 remains purchased and unplayed. Sonic Generations was supposed to be my return to a beloved franchise that was also on sale for a mere dollar, but I still haven’t even bothered downloading that game either. And Deep Rock Galactic has perhaps two hours in it even though it’s probably one of the best co-op shooters of 2020.

Instead, I played a lot of party games. Among Us, Fall Guys, and Jackbox were all weekly staples this year as I tried to stay in touch with friends and family. Ace Combat 7, MechWarrior 5, and Warframe were my personal comfort games when nobody was around and I needed to not feel like the world was falling apart.

And then there’s Destiny 2. Of all the games I played this year, Destiny 2 has given me the most comfort. It’s the game I’ve played both with friends and by myself, the game that always managed to catapult me away from this horrible reality and into an even worse reality where humanity was hanging on by its fingernails and I was the only hope for its salvation. Well, me and either two or five of my friends anyway. 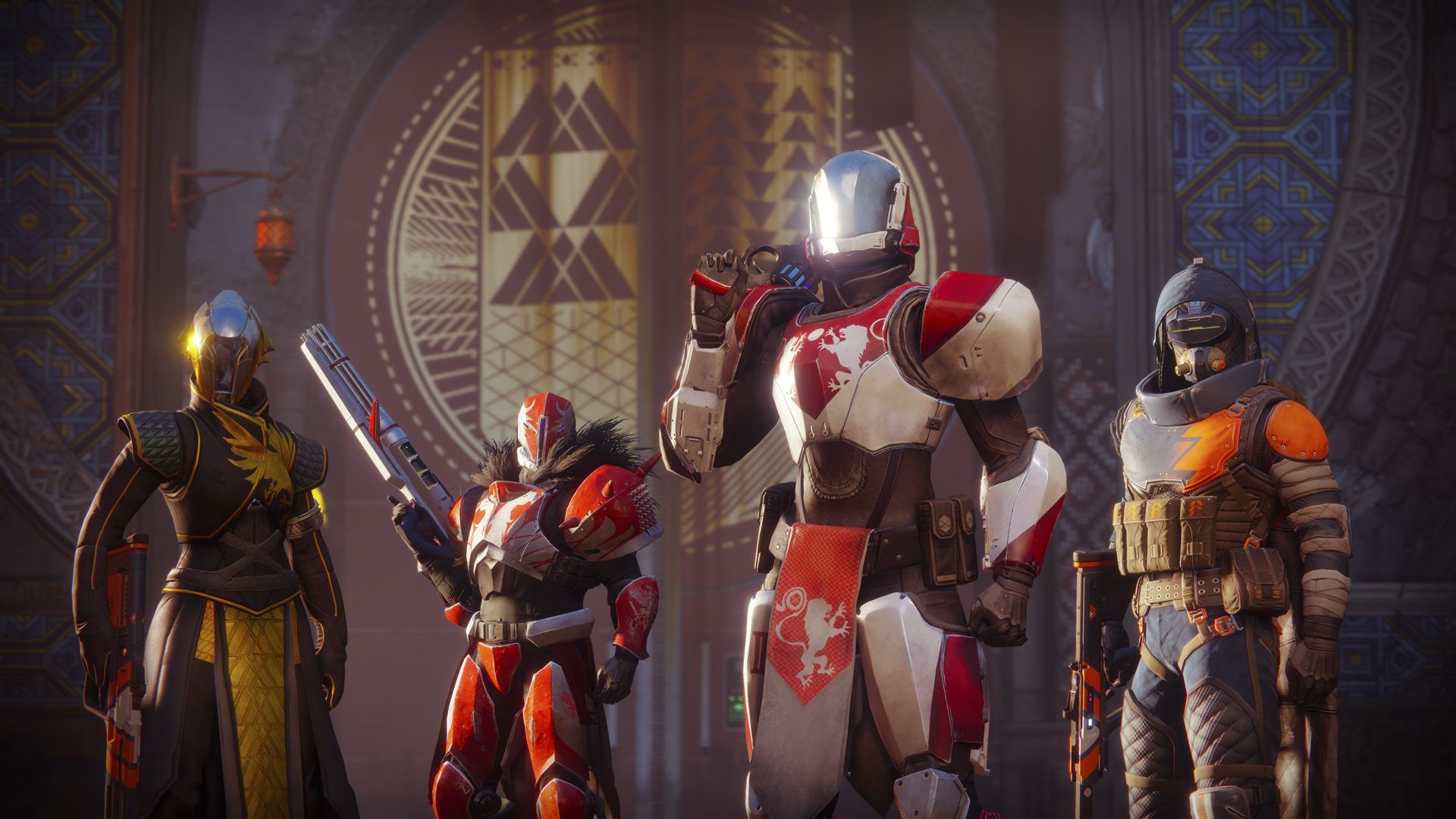 But you know the biggest thing I accomplished this year? The one thing that makes me feel like all of 2020 wasn’t a complete fucking write-off? It’s finally finding a costume for my Titan in Destiny 2 that doesn’t wind up giving him boats for shoulders.

If you’re not a Titan main, one of Destiny 2’s three classes, then it can be difficult to convey how challenging it can be to make your Titan look like a human being and not some washed-up NFL player with an entire 24-pack underneath each of their shoulder pads. Nearly every Titan armor set has literal pauldrons, and for whatever reason, the male Titan pauldrons are so exaggerated that they’ve become a meme within the Destiny 2 community.

I honestly contemplated deleting my male Titan to start fresh in Beyond Light with a female Titan just so I could have shoulder pads that didn’t stretch all the way to the moon.

Thankfully, I didn’t need to delete my beloved Exo Titan and force myself to replay two expansions-worth of content just so I could have reasonable shoulder proportions. I eventually found an armor combination that looked normal, and I was so satisfied with my achievement that I’d sometimes just stare at the login screen in placid contentment.

Before I reveal myself, I have a few admissions. First, I have a thing for the “tacticool” aesthetic, and the combination of Dune Marchers with Anti-Extinction Plate definitely gives off some Crysis-like future military vibes. Second, I have to thank txtoast for posting their design to the Destiny Fashion subreddit. I didn’t entirely copy it, but I did shameless steal the Crystocrene Helm, Luxe Cuffs, and Oiled Gunmetal shader combination, so credit where credit is due. 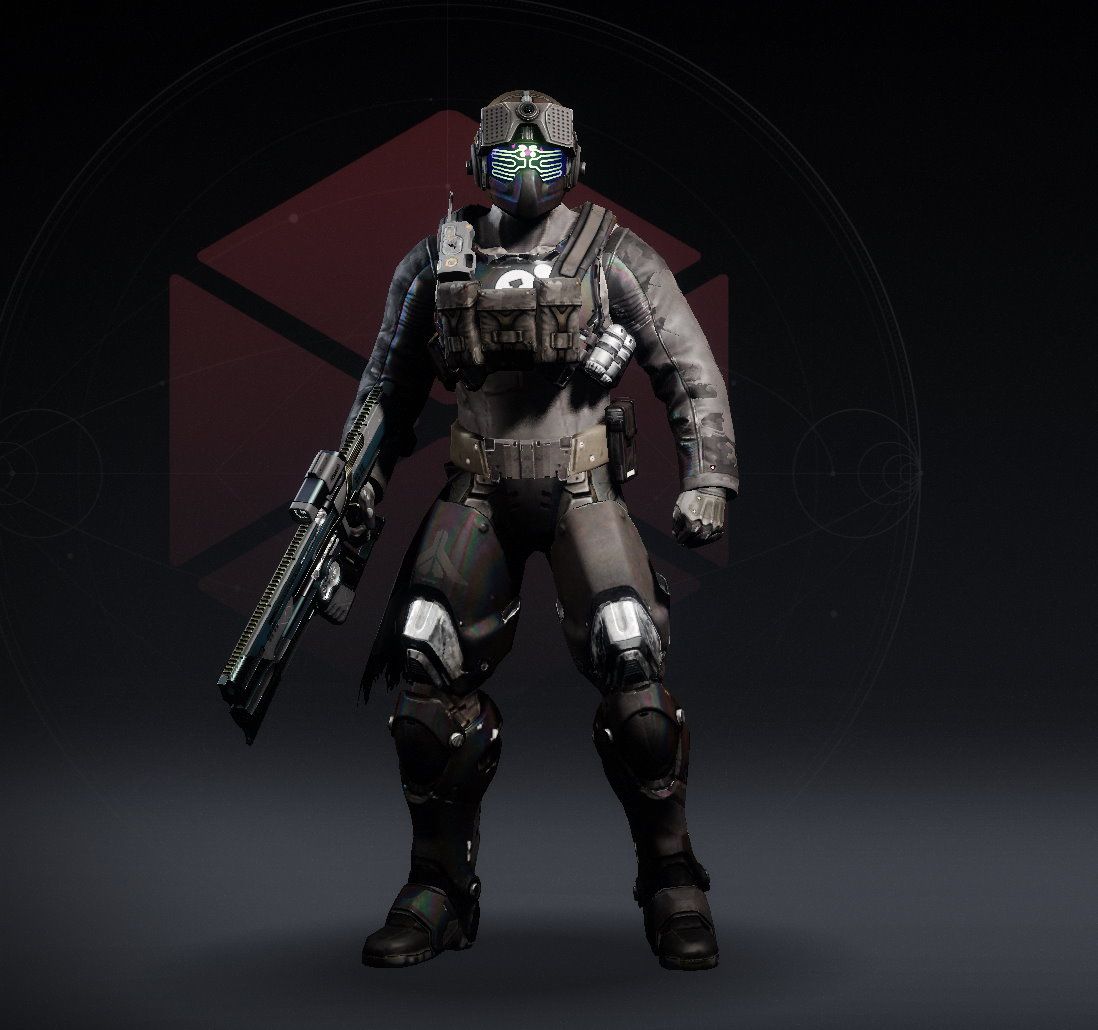 I admit that finding (okay, shamelessly stealing) an aesthetic combination for my fictional character in my favorite looter-shooter isn’t exactly winning me any Nobel Prizes, but you know what? That’s fine. We’ve all suffered through what has got to be the worst year of the 21st century and probably the worst year in modern history. People have lost livelihoods and loved ones thanks to 2020, and if all I’ve got to really show for this whole godforsaken year is a cool-lookin’ Destiny 2 character, then I count myself one of the lucky ones. 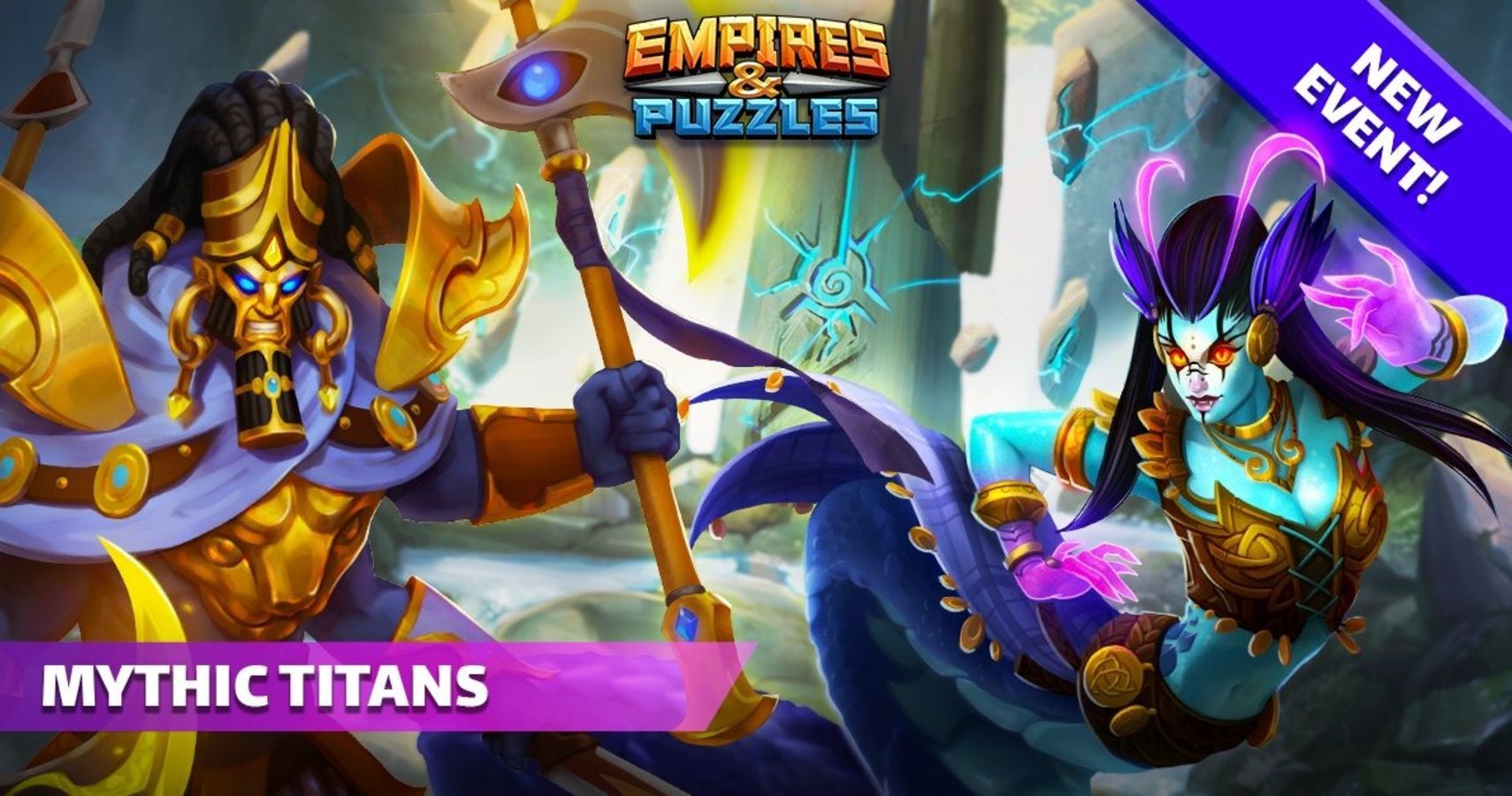