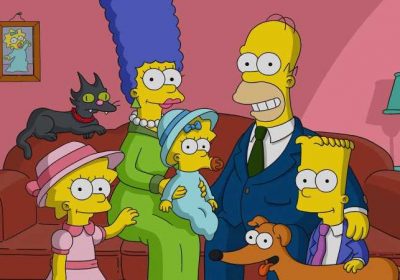 The Simpsons will air its 700th episode this weekend, and while I know many Simpsons fans have long since abandoned it – many even refuse to acknowledge its existence beyond season ten or so – I have always stuck with it. I have a lot of thoughts on why it has endured, but I’m more interested right now in why, for some people, it hasn’t. “It’s not as good as it used to be!” I hear you cry, and yeah – obviously. Simpsons seasons five to eight are some of the greatest seasons of television ever. It’s impossible to maintain those standards over 30 years. We all say it’s because the show isn’t funny anymore, but I think it goes much deeper than that. The Simpsons can’t represent the American family in the way that it used to, and it has been overtaken by shows that can.

There are two reasons for this: one is the way the show tells its stories, and the other is that the show’s own reality grounds it in a bygone era, even as the comedy shifts to become more referential.

Let’s take a look at that first reason, since in theory, that can be fixed. The Simpsons used to be a timeless show, where the comedy came from relatable dynamics between a family unit, and they typical foibles of upper-lower-middle class life. There were references to movies, sure, but they were typically classic films from decades earlier. Mr Plow, an episode released in 1992, references The Godfather (1972), Sorcerer (1977), Dr Jekyll & Mr Hyde (1941), Raiders of the Lost Ark (1981), and Walter Kronkite reporting on the Kennedy assassination (1963). These days, they try to be up to the minute – we’ve had episodes about self-driving cars, the monetization of YouTube, Avengers spoilers, weed dispensaries, and just one episode ago they parodied A Star Is Born with Cletus as Lady Gaga. 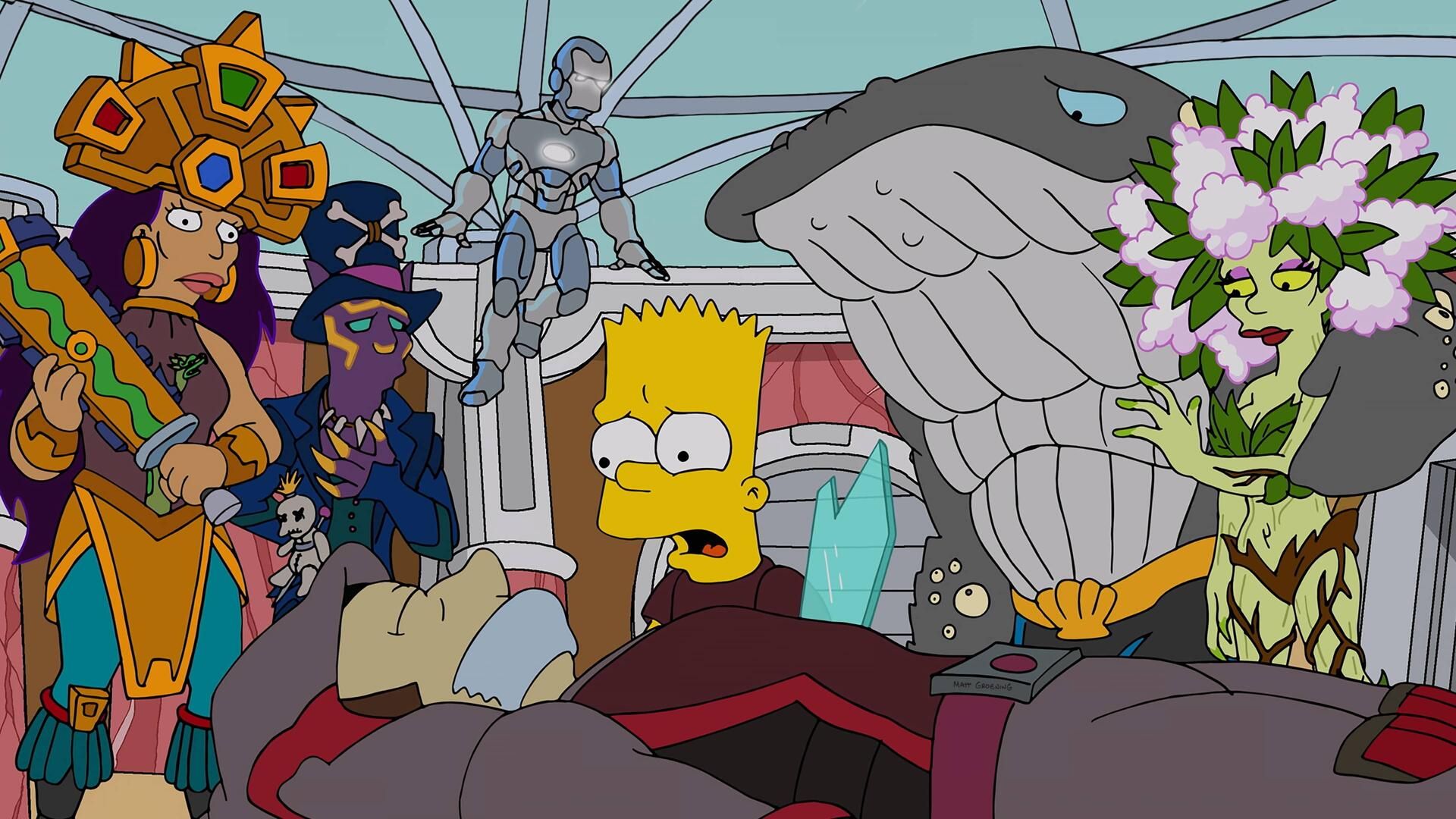 I don’t expect this writing style to change, because The Simpsons’ current comedy stylings are very modern. Back in the ‘90s, The Simpsons had a magical writers room full of generational talents like John Swartzwelder, Jon Vitti, Jeff Martin, Conan O’Brien, Bill Oakley, and Josh Weinstein. Today they have Carolyn Omine and a bunch of decent writers. And it’s really not the fault of the new guys that they aren’t John Swartzwelder – very few people are. While it’s no longer era defining, the current style is still very much of-the-era; it’s just a different era to the one The Simpsons shone in.

Even if this writing style could be fixed – the old band once got back together for the movie, after all – the reality of The Simpsons is harder to square. Part of the issue is just timing; the show started in 1989, but because it has been on for so long, a recent episode retconned the origin to show Homer as a teenager in the ‘90s. Since the current comedy dictates that they do in fact live in 2021 these days, I have no issue with that. When I talk about reality, I’m speaking in bigger terms.

Homer is a nuclear safety inspector, and Marge is unemployed. They live in a four bedroom house in the suburbs and drive two cars – this is a reality many people shared in 1989, but practically nobody can relate to it in 2021. They occasionally reference money worries, but this is usually around a big expense like a vacation – most recently this happened in Livin’ La Pura Vida, where it was only Lisa worrying in any case. 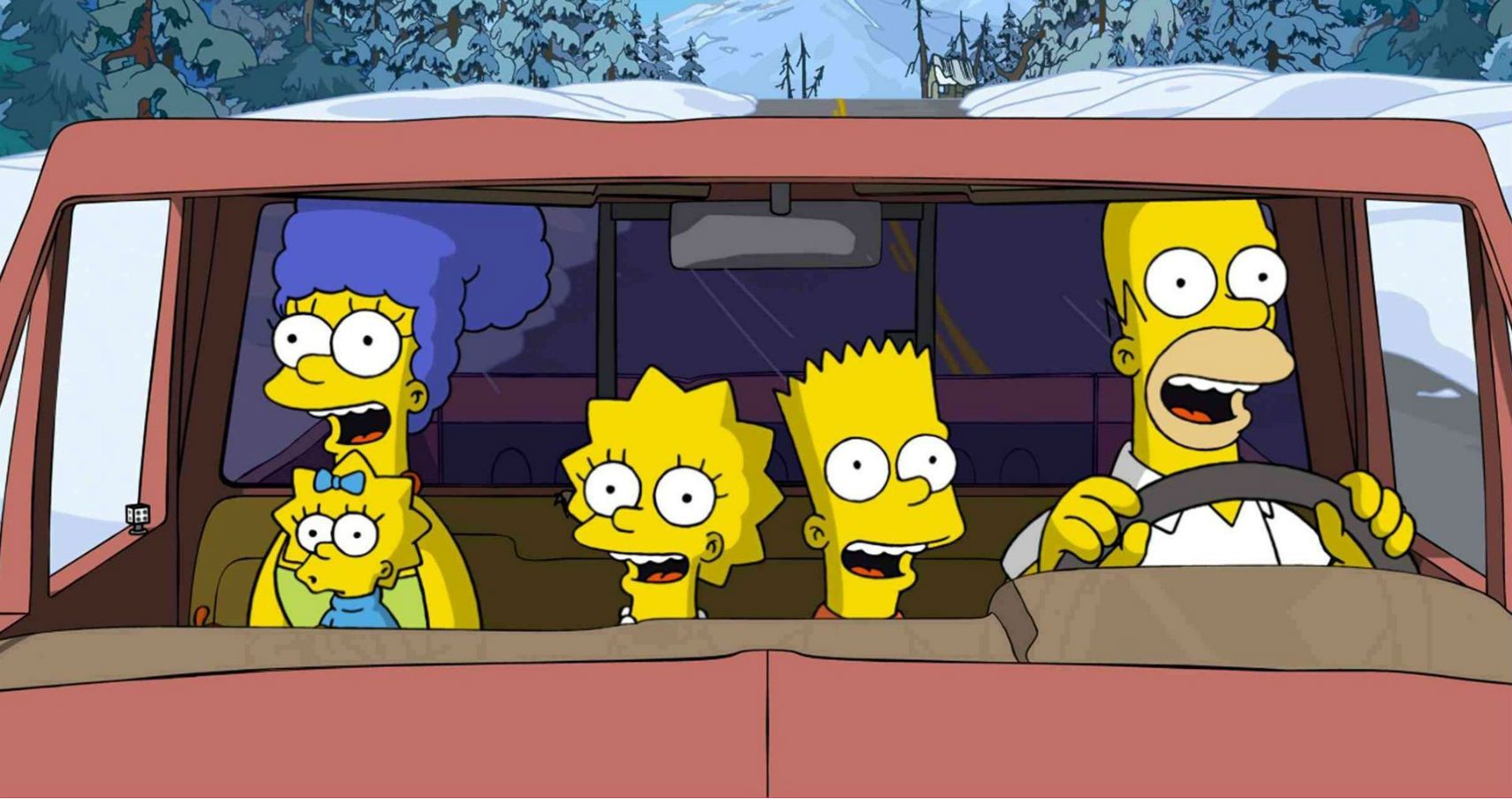 Contrast this with the more modern animated families. While Rick & Morty’s Smith family are atypical because of Rick’s space adventures, their drama is very real. Beth and Jerry both work, and when Jerry loses his job, he becomes tangibly poorer. Bless the Harts, an Animation Domination newcomer, also shows financial struggles to be a basic part of life, and constructs most of the show’s plots and inner dynamics around this. Bless the Harts has a lot of King of the Hill about it, but as the financial situations of many have shifted due to economic downturns, the generational divide, and the housing shortage, Bless the Harts feels far more universal than the very specifically rural-Texan adventures of Hank Hill.

Bob’s Burgers is probably the best example of a relatable modern animated family, with Bob and Linda – plus their three kids – all working in their restaurant every day while scrimping to get by. It’s a very real life that the Belchers live – they represent the family of the ‘10s as the Simpsons did in the ‘90s. Poorness means something in Bob’s Burgers – plots are actively shaped by the lack of money, it’s a constant and creeping fear for them, and the show deliberately has the Belchers miss out on adventures or activities the Simpsons would have been allowed to pursue, because the Belchers simply cannot afford them, and the show respects its connection with its audience. Bob’s Burgers is light-hearted, silly, driven by family drama and occasionally referential – it’s incredibly close in its make-up to The Simpsons. But even with the constant zingers, there’s a very powerful tension underneath it all. This family lives paycheque to paycheque and if something goes wrong, everything they’ve worked for will be over. It’s a fear many of us have these days, but The Simpsons does not. 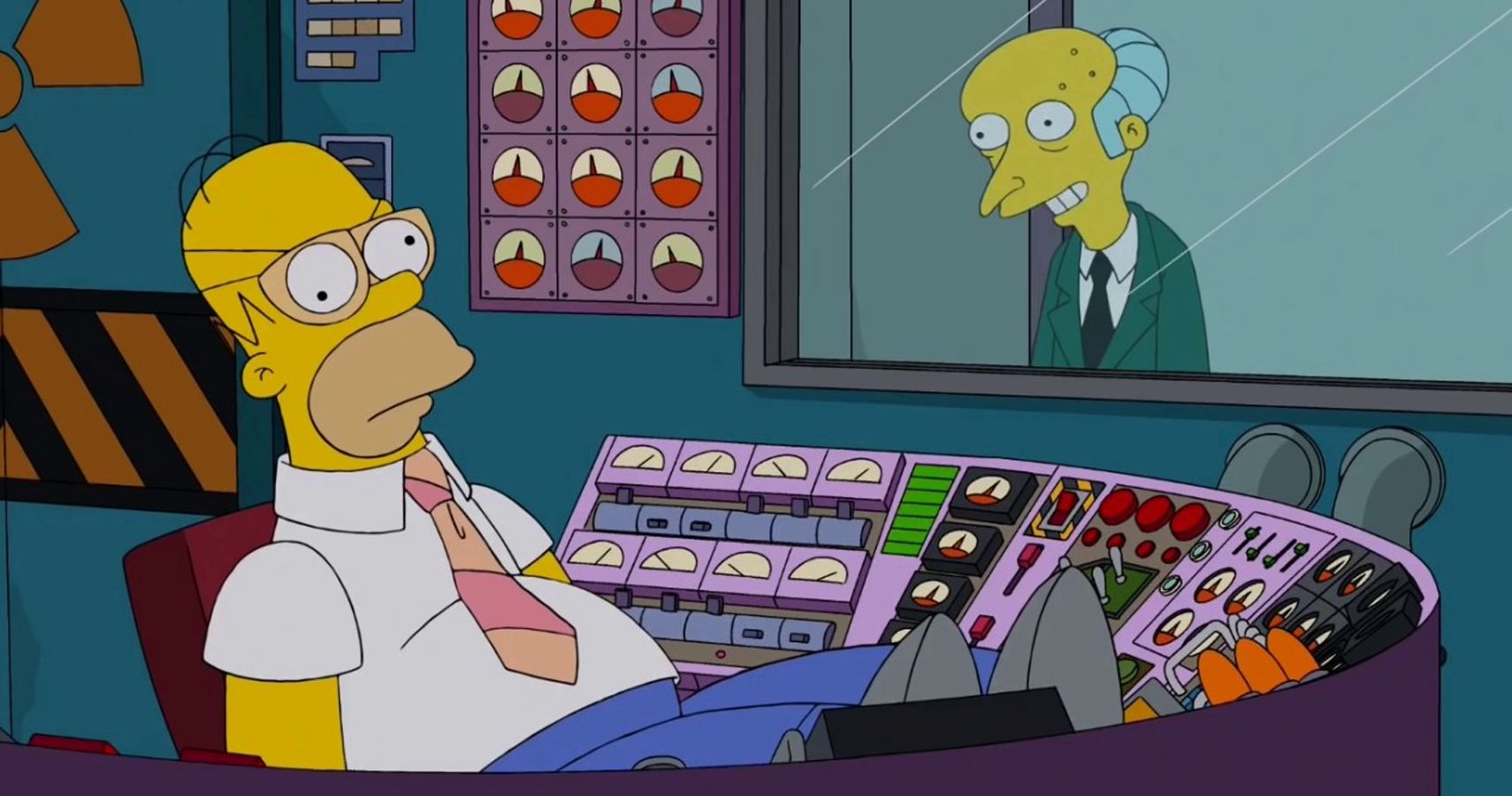 Employment, conversely, is a joke to The Simpsons. Homer hops in and out of work when the episode calls for it, either skipping his actual job or taking up a new one on a whim. Meanwhile, Marge Gets A Job is occasionally a plot device, but even when it makes sense for her to grow as a more modern character – she became the mayor for an episode and was well suited to the role – the show snatches it away, because it is unwilling to shift itself from its 1990s reality of family life, even while it updates the world with jokes about Taylor Swift or Alexa.

This problem cannot really be fixed. Marge could get a job sure, but they still live in a gorgeous , detached house in a wonderful – if occasionally wacky – neighborhood, and drive two cars while seemingly never worrying about bills. In the Golden Era, bills floated around in the background as a minor worry, mirroring the laissez-faire fiduciary attitudes of the moderately well-off. Money has been too firmly cast aside in The Simpsons, and it will never be able to claw those themes back well enough to be truly representative of modern life in the way that it used to be.

I’m glad The Simpsons is reaching 700 episodes – it deserves the milestone. But they no longer represents the American family – they’re simply too rich.

Next: Yuffie’s Combat Has Me Worried About The Final Fantasy 7 Remake DLC – But Excited For The Sequel 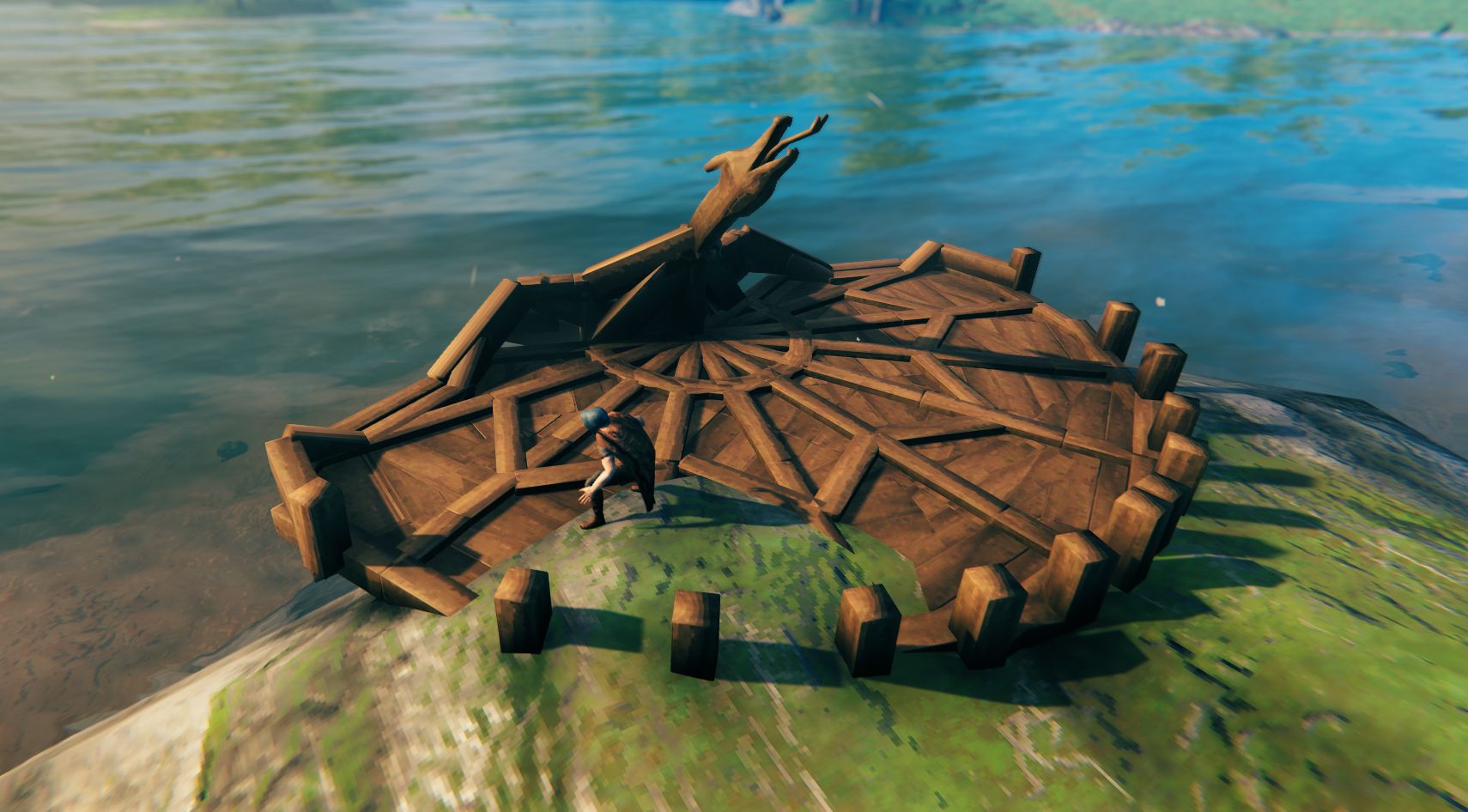