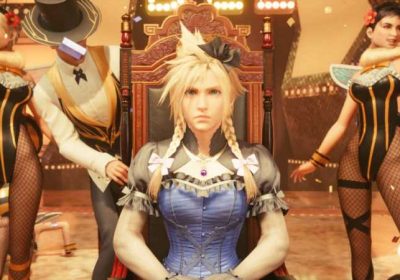 In a recent interview published on its official website, Square Enix provided a more detailed look at Final Fantasy 7 Remake’s Honey Bee Inn and how the iconic location was pieced together for the classic JRPG’s bold reimagining. When the remake was announced, one of the first questions fans had was whether or not Cloud’s crossdressing scene would be included. It’s an adorable moment in the original game, but it’s very dated now, so fans knew it would require a deft touch. The new scene needed to take modern sensibilities into account while crafting something even more extravagant amidst the neon-lit streets of Wall Market.

It did this and then some, with Cloud’s dance sequence and subsequent transformation being one of the remake’s highlights. None of us expected Square Enix to go this hard, having our grumpy hero occupy the stage as he’s forced to partake in a complicated dance routine alongside Andrea Rhodea. The feminine nature of this scene could have been played for easy laughs, but instead it embraces a more fluid take on gender and bodily expression that throws away traditional roles in favour of something infinitely more welcoming. It’s unashamedly queer – Aerith watches and jubilantly cheers, clapping as her bodyguard is morphed into a submissive femboy.

While what we got in the finished product was more than satisfactory, hearing co-director Motomu Toriyama delve into some of the more notable omissions has me desperate to see what could have been, knowing that the Honey Bee Inn could have doubled down on its commitment to queer inclusivity and more experimental approach to human expression if other ideas hadn’t emerged during the creative process. Fanfiction can fill in many of the blanks I’m sure, but hearing it straight from the horse’s mouth is infinitely more fascinating. 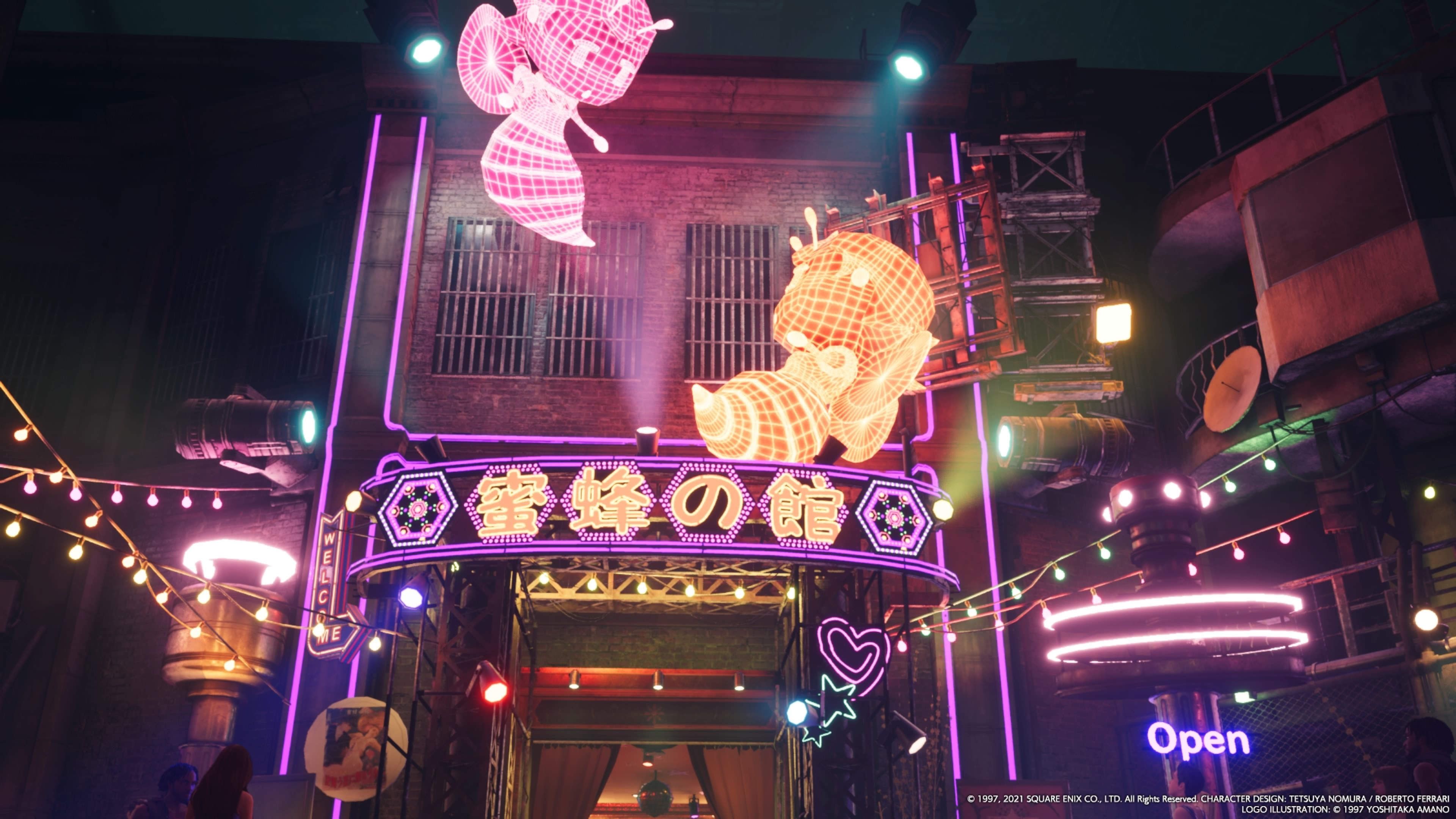 Toriyama states that a pole-dancing scene was once planned, although it was removed due to complications surrounding motion capture and impact on the game’s age rating. You heard it here first, Cloud’s moves were simply too horny for the version of Final Fantasy 7 Remake we know and love. It also might have been a step too far for his character. We see him hesitantly participate in a wondrous dance-off in the finished game, but expecting him to leap atop a pole and perform expert moves without an ounce of practice would have been a little silly. That isn’t to say I don’t want it to happen – I absolutely do. Perhaps we’ll see it on another visit to Honey Bee Inn moving forward. Get Aerith and Tifa in on the action, too.

Another cut section would have seen Cloud meet with Andrea in a bathhouse, receiving a massage after the proprietor finds himself enamoured by Cloud’s muscles. Not only was this blisteringly homoerotic, it also clashed with a similar massage scene involving Madam M – and thus it was cut. This is a shame, although knowing these ideas not only existed, but were close to being implemented by Square Enix, shows that perhaps the company is more in tune with the game’s queer coding than we initially thought. Still, this scene could have strayed into stereotypes very easily, so maybe it’s for the best that it was avoided. 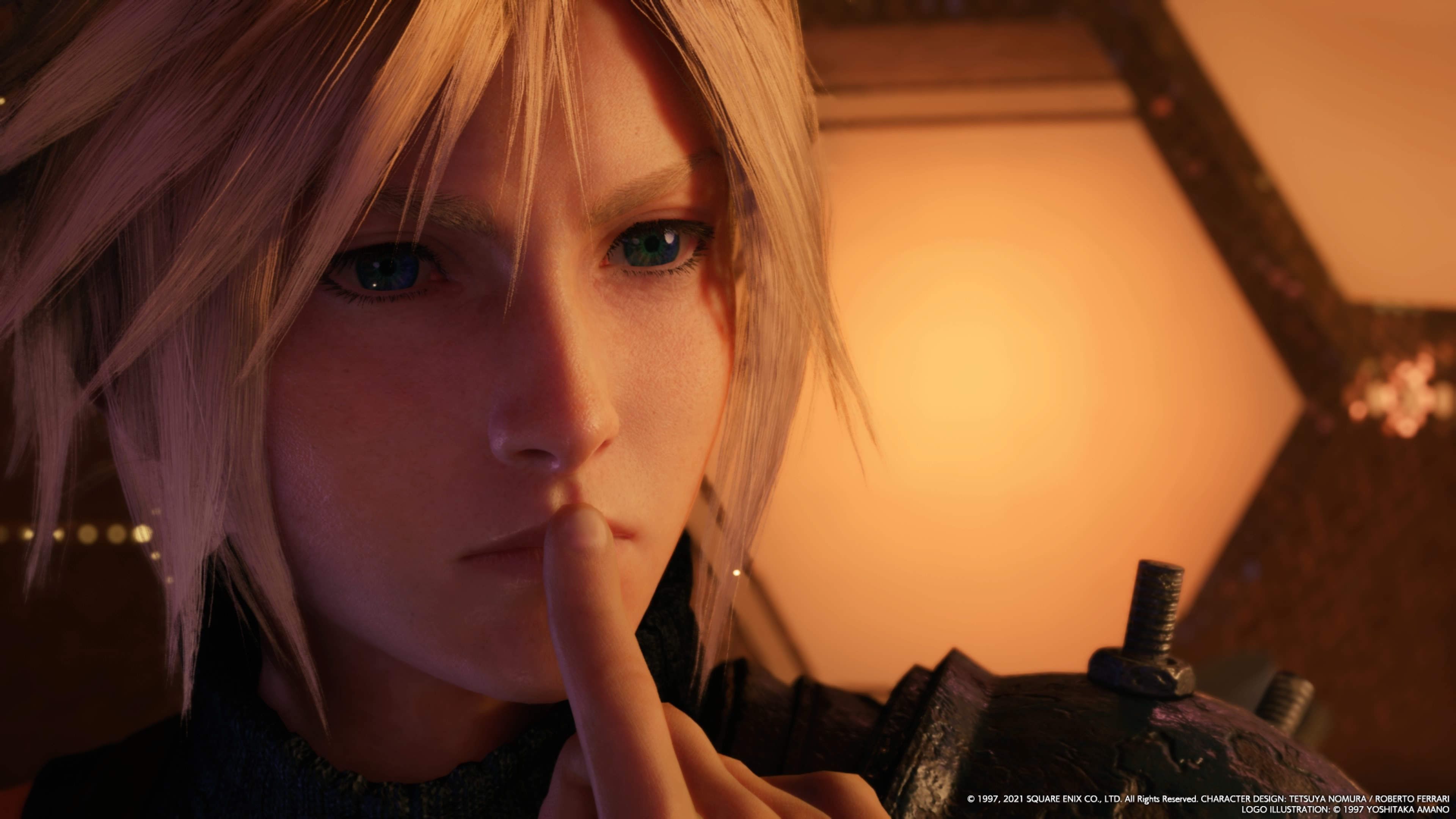 I’m a pansexual trans woman, and I felt like Final Fantasy 7 Remake did an excellent job with its depiction of romance and gender. We’re still in the early stages of the overall project so we’ve yet to see relationships develop beyond flirtation and friendship, but the foundations are being established and could conceivably go in any direction Square Enix chooses. Aerith and Tifa could become girlfriends and it would feel perfectly natural – a friendship growing into something more based on the chemistry they share. On the flipside, I could see Cloud with Tifa, Aerith, or even Zach. The gamers will likely rage against anything that isn’t straight, but who gives a shit?

This rebooted universe is so diverse in its depiction of masculine and feminine energy that it never forces itself to abide by binary conventions. It’s fantastic, and it almost feels like Square Enix has grown up with its audience, unleashing a reimagining that learns from modern society in all of the best ways. It isn’t awash with anime stereotypes and tired genre cliches, it pushes for something new across its story and gameplay that helps make everyone feel welcome. 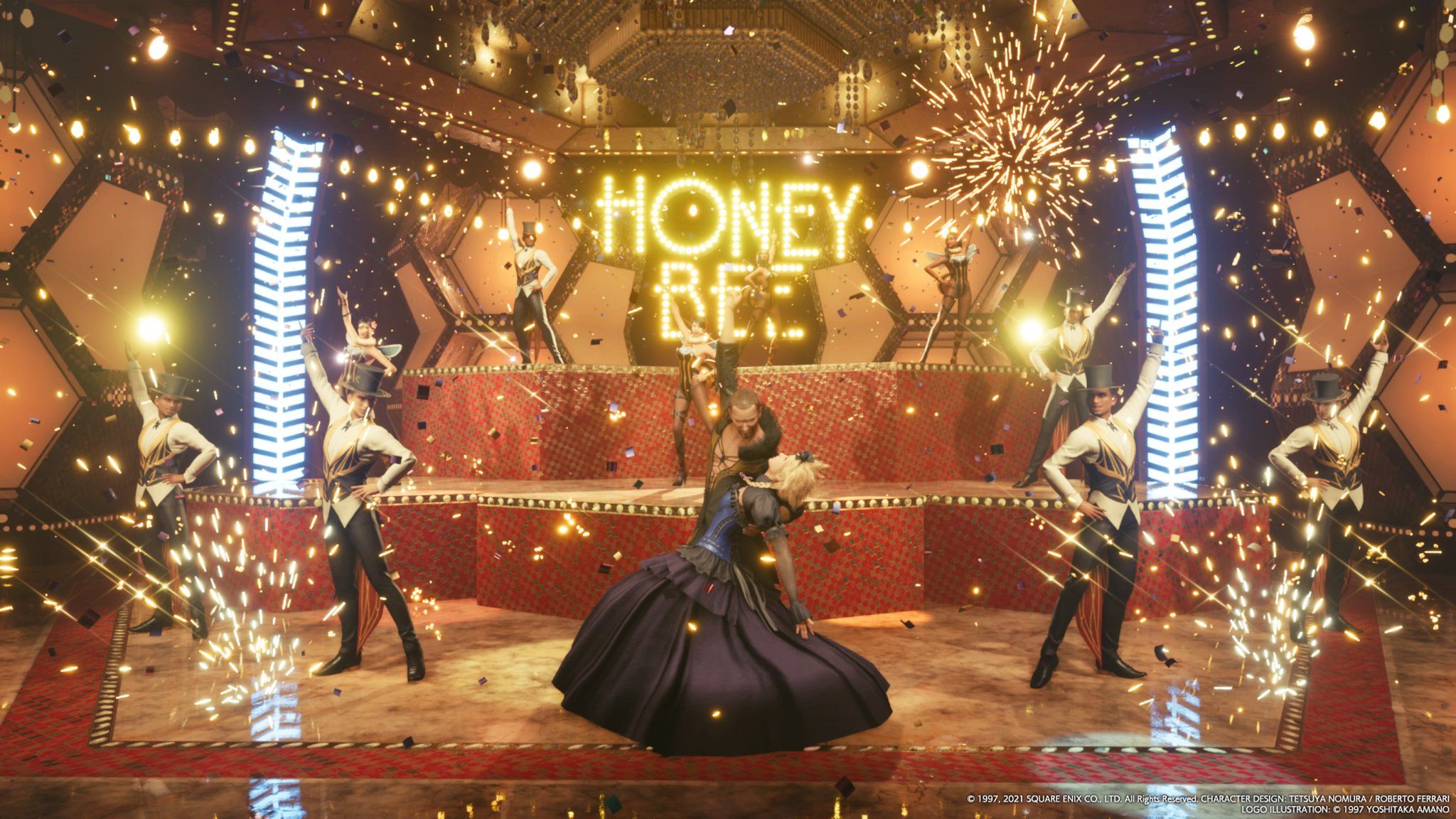 While it’s laughably campy, the Honey Bee Inn sits at the centre of this philosophy. Small pockets of queer energy make themselves known throughout Final Fantasy 7 Remake, but upon stepping into this burlesque establishment, it becomes clear that Andrea Rhodea didn’t come to play, he came to slay. Toriyama’s further expansion on what this location could have been with a few extra resources is not only heartbreaking, but a glorious signifier that this legendary franchise isn’t afraid to embrace its queer identity, even if it’s yet to commit to anything concrete across the universe. There’s always a chance, and I’ll take all I can get for now. 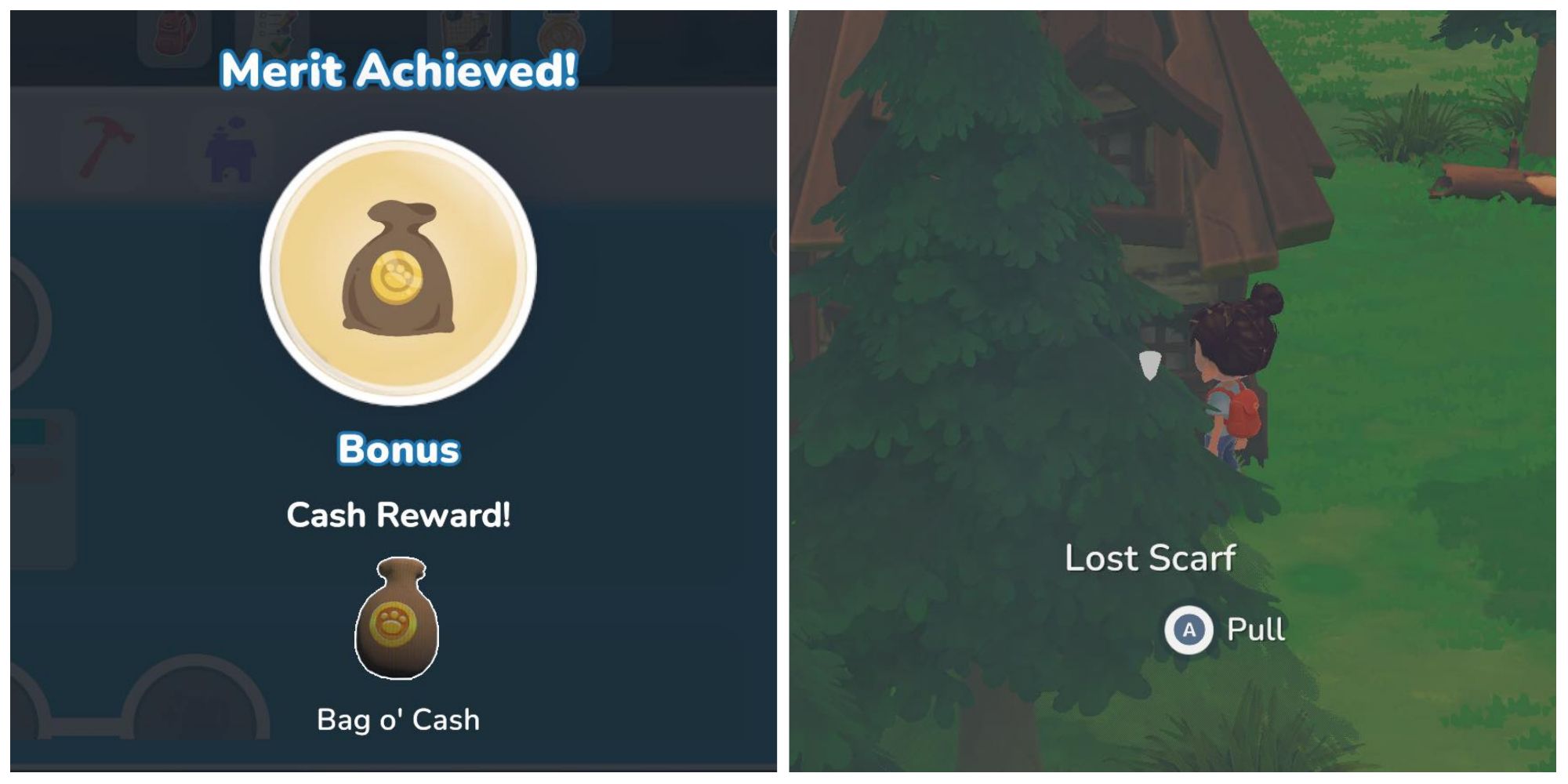 Hokko Life: Everything You Need To Know About Merits 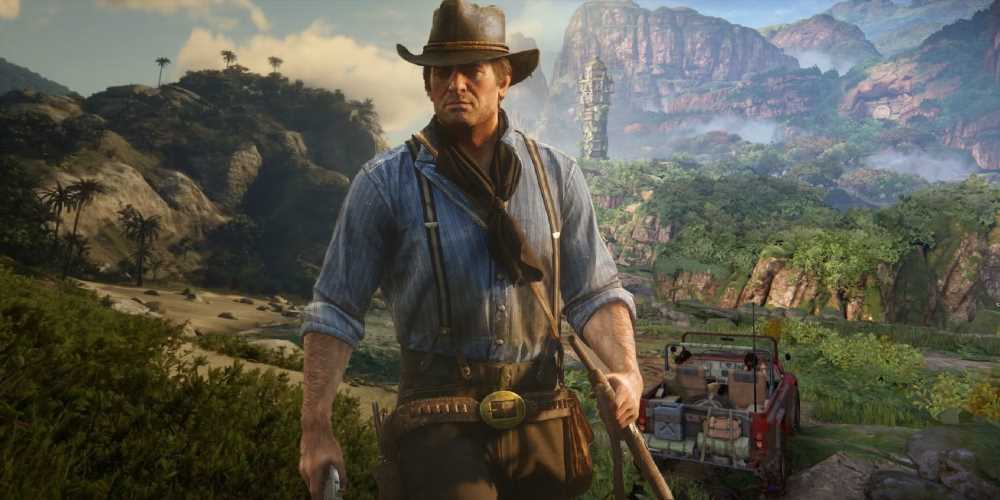