The team at CD Projekt Red has a well-earned reputation as masters of the computer role-playing genre. Its work on The Witcher 3: Wild Hunt is regarded not just as a technical achievement, but as an example of how dynamic and expansive the storyline of a AAA-quality video game franchise can be.

CD Projekt’s next game, a near-future epic called Cyberpunk 2077, is less than a year away. While not many details are known about that game’s storyline, fans have the unique opportunity to experience its world well ahead of time. That’s because the prequel was released just last week, in the form of a pen-and-paper RPG system called Cyberpunk Red.

Polygon was given early access to the Cyberpunk Red Jumpstart Kit, a starter set from the universe’s original creators at R. Talsorian Games. We were also invited to experience a five-hour unpublished adventure led by co-author David Ackerman. That makes this a comprehensive — and entirely spoiler-free — review of the highly-anticipated pen-and-paper game. 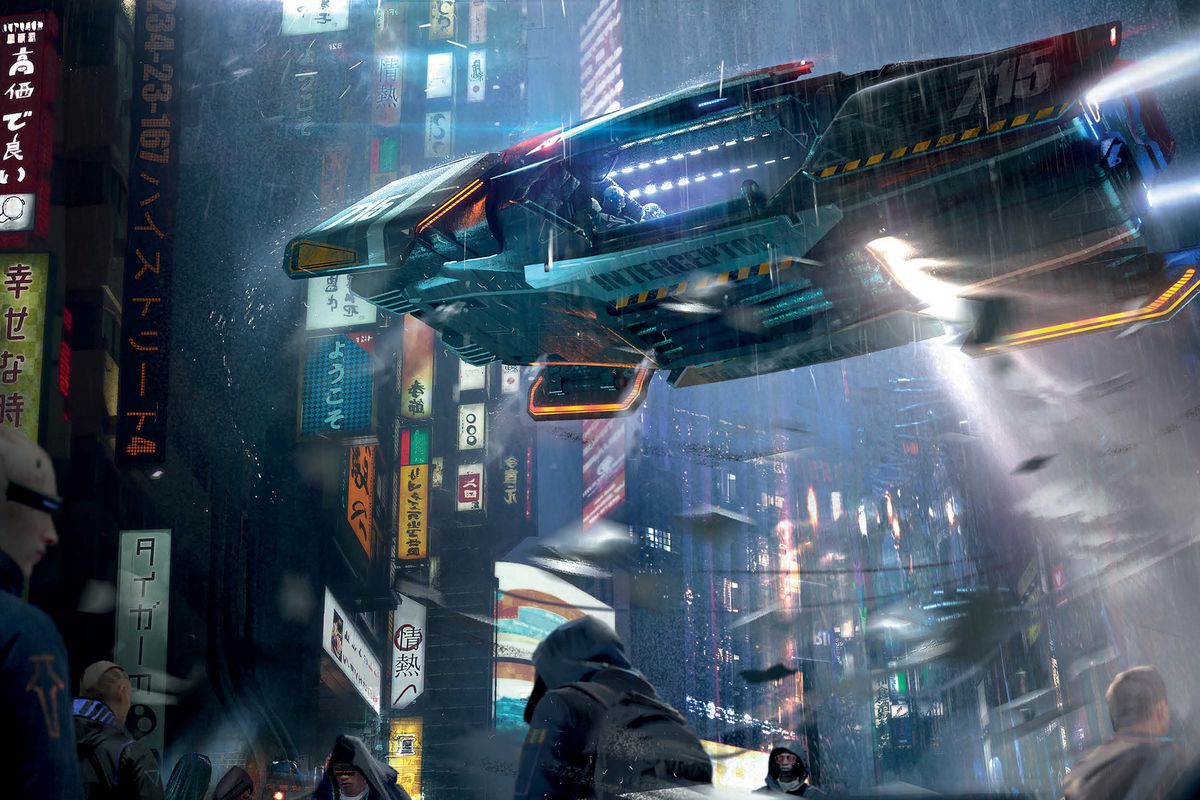 With the elevator doors open, a murky tide of algae-covered seawater rolled in around the party’s ankles. More than 20 years ago, when terrorists set off the tactical nuke over Night City, the shock wave caused the soil itself to relax. Buildings that weren’t instantly blown apart eventually tilted and collapsed as the Pacific Ocean returned, infiltrating the landfill packed in below the city streets.

Despite all that, somehow the malevolent AI had survived undetected, sipping just enough juice off Night City’s power grid to keep its mainframe purring inside the subbasement’s hardened steel vault. A tech-savvy Netrunner named Redeye and her gunslinging friends were there to crack it open.

Over top of the muck, holographic emitters flickered to life to reveal dozens of figures, each one framed in a pillar of blue light. The nearest one passed right through them.

“No no no,” said the apparition of a well-heeled businessman, “buy Microtech at 20, then drop it when it hits 22.”

He stopped suddenly, standing still for a moment. His face looked suddenly frightened.

“Of course not,” he said, catching himself to scold the person on the other end of the line. “It’s never going to happen here. Wait … what’s that?”

The emitters flared, filling the room for one terrible instant with a brilliant white light.

At the core of the Cyberpunk Red Jumpstart Kit is a slim volume called the World Book. Inside, authors Mike Pondsmith, David Ackerman, J Gray, James Hutt, and Cody Pondsmith retell the future history of our planet.

Rather than a single point of departure — common to universes like Fallout or BattleTech — the 51-page softcover document tells the story of a society falling into chaos by degrees. Inside is a detailed timeline cataloguing the steady rise of groundbreaking technologies. It tells the tale of wayward governments serially incapable of protecting their own citizens, then dives into the near-apocalyptic events known as the 4th Corporate War.

Imagine World War III brought about by the likes of Amazon and Lockheed Martin, and you’ve only begun to scratch the surface.

Reading between the lines of Cyberpunk Red’s World Book, you can see its authors giving our modern-day troubles a sardonic side eye. Yeah, things are pretty bad right now, they seem to be saying, but what would happen if they got a hell of a lot worse? What if pockets of the world erupted with actual nuclear fire? What if the climate collapsed suddenly and without warning, pulling the global economy along with it? And what if the only way forward was to arm yourself to the teeth, lace your guts together with the latest black market technology, and then go back to work as a mercenary for the most powerful businesses left standing?

If you’re willing to explore less-than-legal means to put yourself and the people you love into a better financial situation, then you might just be ready for the world of Cyberpunk Red. 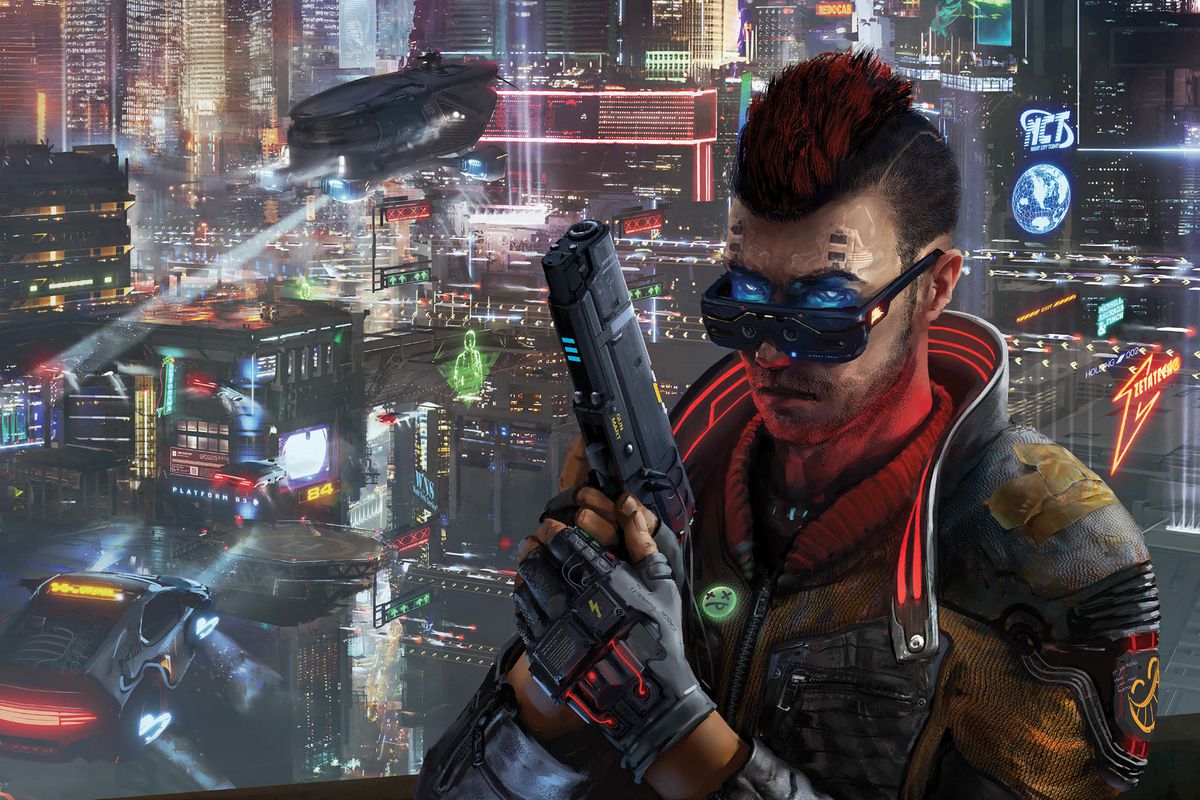 Even as its authors chronicle the laundry list of the atrocities that brought our society low, they also pencil into the margins a strong throughline of hope.

The World Book itself is cast as an artifact, lovingly handed down from generation to generation. The disruption of international trade and network communications makes it possibly the only record of its kind. The fictional editor is none other than Valentina Santiago, the granddaughter of “Nomad” Santiago, a displaced farmer pushed off his land some 40 years previous by greedy corporations.

Just like the World Book itself, the most powerful stories in the universe of Cyberpunk Red are the ones that get told about family. The Jumpstart Kit itself pushes on that idea as if it’s an open wound, challenging players to grapple with what the concept of family really means to them.

Redeye shifted her focus to concentrate on the overlay the goggles of her cyberdeck projected between her and the real world. Outside the elevator, the rest of her team was engaged in hand-to-hand combat with a pair of robotic assassins. The melee was right in front of her, but the two armored cyber-samurai and their spinning mono-blade katanas might have been half a world away.

Her attention was fixed on the NET code hovering in front of her like a dream.

Hip-deep in the acrid seawater, pressed up against the smooth metal walls, she was facing down her own sort of monster inside the NET. Walled off from the outside world for more than two decades, the AI that they had discovered seemed almost feral. But the only way through this onslaught was to let it into her head.

She blanked the programs in ready access, trying to make room in her deck while trying not to choke on the gorge rising from her stomach. Like the genie in an ancient sitcom, the program hovering in front of her dissolved into bluish-white smoke, swirling into the air to vanish just out of sight behind her right ear.

“She’s in,” Redeye whispered into her team’s comms.

“What do you mean by ‘in’?” asked Grease between bursts of automatic gunfire.

In 1988, the original Cyberpunk pen-and-paper RPG was first published by R. Talsorian Games alongside an exhaustive combat system known as Friday Night Firefight. Also referred to as FNFF, it covered all manner of combat with small arms, rocket launchers, melee weapons — you name it. But, given the success of streamlined rulesets like fifth edition Dungeons & Dragons and, no doubt, the limitations of the starter set format itself, R. Talsorian Games has opted to launch Cyberpunk Red with what it calls a “modified” ruleset.

Perhaps “abbreviated” would have been a more apt term.

While the world-building and storytelling in the Jumpstart Kit are top-of-the-line, the underpinning combat systems are a bit barren. Altogether, they occupy slightly more than five pages of text. 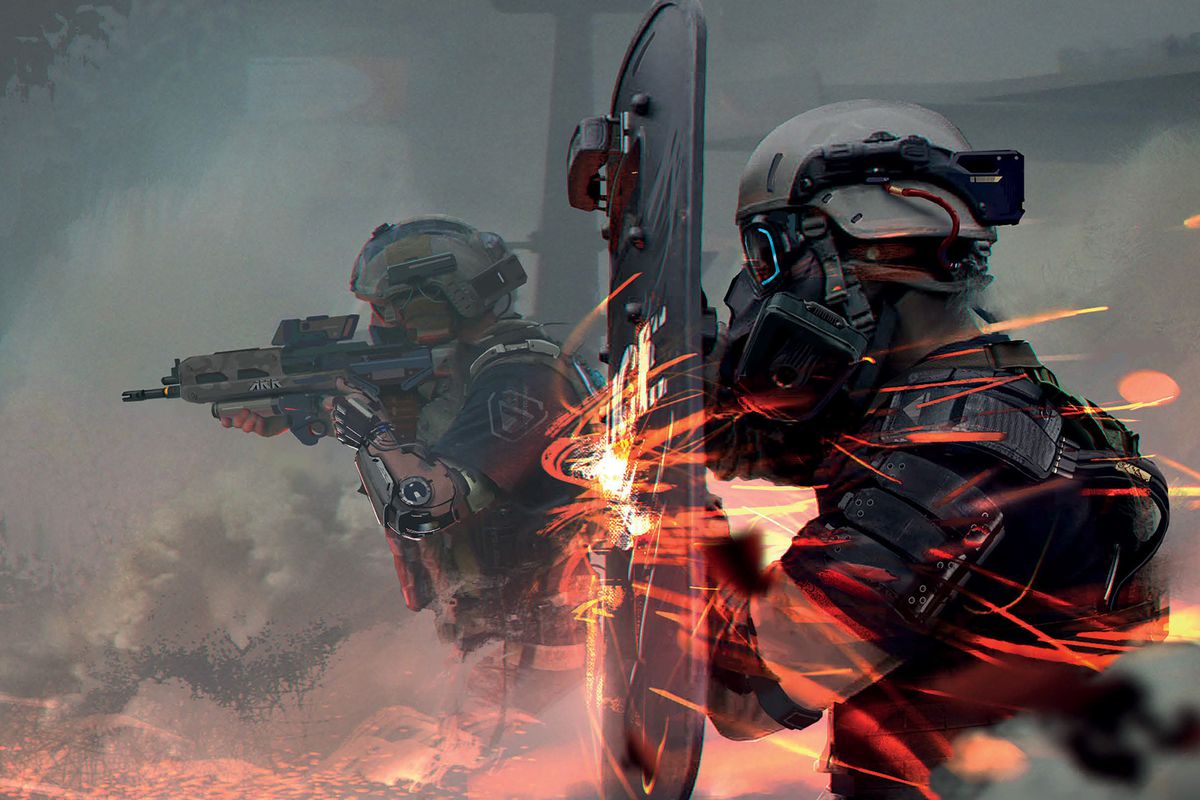 The rules for Netrunners — think high-fantasy magic user meets 1990s-era hackers — are also painfully brief. Lots of detail about how to manage both combat and noncombat encounters is left open to interpretation, especially when it comes to pacing the action at the table. The fact of the matter is that there’s just not a lot of mechanical detail for fledgling game masters to hold on to. Even experienced GMs will be hard-pressed their first few times out of the gate.

Where the Cyberpunk Red system excels, however, is in teaching GMs to follow players’ lead when it comes to storytelling. There’s no better example than the introductory adventure, titled The Apartment.

Without spoiling any of its plot points, let me say that The Apartment does an excellent job of narrowing the game’s focus from the macro to the micro level. Players are presented with just a handful of endearing characters early on, and GMs are encouraged to use those relationships as kindling for personal and emotional connections.

It all makes sense when you think of those NPCs as the members of the players’ extended families. No one is forcing the people at the table to fall in love with these fictional neighbors, but the GM will certainly make them try. If they succeed, R. Talsorian gives GMs the green light to stick in the emotional knife and go for the jugular.

That kind of ruthless storytelling goes a long way toward papering over the obvious holes in this starter set.

Once back topside on the ground floor, Redeye and her team found that a heavily armed corporate strike team had showed up to block their escape. The only way out was through them … and the vicious miniguns slung beneath the AV-4 armored aircraft orbiting outside.

While her team fanned out with guns raised, training their sights on the corpos with cyberware-enhanced optical implants, she was fighting her own battle. She was trying to find a back door into the hardened security software of the AV-4 itself.

Once past the gatekeeper program, she emerged onto the next floor down in the system. Standing in front of her was a Netrunner’s worst nightmare, a slavering code beast known as a hellhound. Its virtual skin shone black like obsidian, and white-hot saliva rolling like liquid metal dripped from its fangs.

From inside her mind — no, her cyberdeck — the AI emerged from its own set of shadows.

“Let me handle this,” it said, stepping around her and forming its arms into gleaming blades shimmering with code.

To carry them through to the next few gameplay sessions, R. Talsorian Games has included a series of “screamsheets,” mock newspaper covers that give players some meaty bits of in-fiction flavor text. They look like just about every other page of text in the game, but be on the lookout for more artful presentations from the community. I can even see them getting dressed up to be displayed on smartphones, which can play their own role as in-fiction AI “agents” at the table.

On the back of those screamsheets, however, is everything the GM needs to improvise the next three encounters. The entire package amounts to just enough to get started, and nothing more.

Unlike other modern starter sets that hand players everything they need to run 20 or 30 hours of gameplay, the Cyberpunk Red Jumpstart Kit demands more from the group that comes together around the table. That kind of enforced, do-it-yourself ethos is a welcome addition to the tabletop ecosystem, in my mind.

Rather than yoking players to the whims of developers, R. Talsorian Games is setting them free to explore Night City in any way they see fit.

The year is 2045, and CD Projekt’s next game doesn’t kick off for another 32 years. It’s an awful lot of space to fill, and I’m looking forward to getting on with it.

Cyberpunk Red Jumpstart Kit is available online via DriveThruRPG for a retail price of $29.99. It includes all the maps and standees available with the physical edition, which should be available direct from R. Talsorian Games sometime soon.