This Week In New World: Servers Down, Free Money, And Mixed Reviews 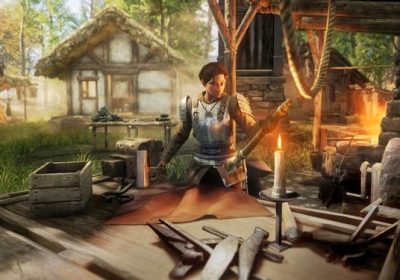 A day may come when I will include a positive, or even neutral story about New World in these roundups. But it is not this day. Not out of choice – I really want this game to do well – but the devs clearly have a lot of work to do. Maybe the game giving you 300,000 gold could be considered a good thing, if it wasn't an accident.

New World Has Dropped To "Mixed" On Steam

Well, it was bound to happen. The constant tide of player complaints and ever present glitches has finally caught up with New World, resulting in its Recent Reviews on Steam dropping down to Mixed. At the time of the original story, only 62 percent of the 28,744 reviews in the last 30 days were positive; as it currently stands, 57 percent of the 36,003 reviews were positive, so it's only getting worse.

One of the major reasons for the flood of bad reviews – besides everything we've already covered – was the disappointing launch of New World's Into the Void 1.1 update. Instead of regaining the trust of the players, as it was intended to, the update brought in a slew of nerfs and changes that only made players more unhappy.

New World Bug Loads A Server Full Of Placeholders, And It's Horrifying

Aeternum isn't the best place to visit right now, given all the things going on. But there's no denying that it's visually beautiful, that is unless a glitch teleports you to a bubbly, nightmarish version of it. According to one player's post on Reddit, they were somehow loaded into a server that only had placeholders for all its assets.

The short video they uploaded revealed massive bubbles in place of trees, bushes and terrain, with the words "replace me" written across each of them in bold red letters. The game has clearly been suffering with server related issues, which could be the reason for this bubbly hellscape.

What's worse than loving a game that's broken? Not being able to play said broken game. New World players using EU servers suddenly found themselves unable to log into the game. It seems no one knew what was going on, and even the devs were pretty vague about it.

"Hello there, while we are investigating the currently ongoing coin compenation [sic] for players we are putting all worlds for the EU Central region into maintenance mode," said one of the moderators on the game's discussion forum. "Once we have an update we will post it here. We apologize for the inconvenience."

While Amazon Works On Fixes, New World Fans Are Playing The Game In Unintended Ways

With the EU servers being down for so long, a major chunk of the player base was unable to access the game. It also meant that those who could access it in other regions suddenly found their servers to be rather empty. Since there was no one to wage war on, or to trade goods with, a number of servers decided to play the game in ways it wasn't intended to be played.

"We all agreed a cease fire on our server", said one Reddit user. "It's turned into Hello Kitty Island Adventure where you run around and collect materials and build things with your friends." Others held fishing tournaments, but many of the servers just found themselves with nothing to do.

The servers did finally come back online, and the reason for the outage was rather silly. The game had recently reduced the taxes and Amazon wanted to give players some of it back. But being the utopia that it is, some New World players received upward of 300,000 gold, which was clearly a mistake.

"As soon as we realized the error we took the EU worlds offline at 3:00 PM CET to diagnose what could be done to correct it," explained New World developer Lane in a forum post. "Upon examination, it was clear that there was no clean path to reversing only the players who were granted money, as the secondary effects were widespread and involved many more players and systems."