Ubisoft at E3 2021: The 9 biggest announcements 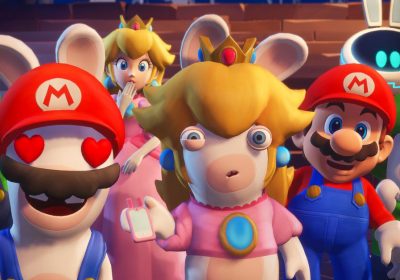 E3 2021’s first of many online press conferences started Saturday with Ubisoft Forward. Based on last week’s teaser and the official event description, we’ve been expecting peeks at upcoming releasee like Far Cry 6, Rainbow Six Extraction, and Riders Republic, along with updates to Assassin’s Creed Valhalla, For Honor, Watch Dogs: Legion, and The Crew 2.

We got a new look at the upcoming Rainbow 6 Extraction, the spin-off for Rainbow Six Siege’s Outbreak mode. The game was originally going to be called Rainbow Six Quarantine, but after 2020’s pandemic, Ubisoft changed the name to Extraction.

The deep-dive gameplay footage shows Extraction’s Operators in an Alaskan Archæan ecosystem as they face off against aliens like Grunts, Spikers, Rooters, Smashers, Lurkers, and the Apex.

Rainbow 6 Extraction will be released on Sept. 16 on PlayStation 4, PlayStation 5, Windows PC, Xbox One, and Xbox Series X. The game will also include cross-play, letting players squad up across different platforms.

Ubisoft’s 10-year-old Rocksmith franchise will become an “interactive music learning subscription service,” with its next entry, Rocksmith+. We got looks at Rocksmith+’s Riff Repeater and progress tracking, along with a promise of an expanded library.

You can sign up for a chance at the closed beta now.

We got a look at extreme sports smorgasbord Riders Republic’s hub, along with peeks at 6-v-6 competitions, career mode, mass races, and even an exploration mode.

Ubisoft also gave players a look at first-person mountain biking, snowboarding around parks, and gliding between mountains with a rocket-powered jetpack. There are races across all of these sports, including rocket-powered pedal bikes to go with your new jetpack.

We got a look at look at the game’s newest Defensive Operator, Thunderbird. The Thunderbird preview came in the form of an gorgeous animated trailer where the new Operator takes on a bear with a flare gun and lives to tell the tale.

Thunderbird will be available as part of Siege’s North Star update and event, which starts next week on June 14.

The already gigantic world of Valhalla is getting even bigger. After Wrath of the Druids, we got a look at the next expansion, The Siege of Paris. including black box infiltration missions, new gear, and enemies.

Even more expansions are coming next year.

We got an exclusive sneak peak at the upcoming movie Werewolves Within, coming to theaters June 25 and streaming on July 2.

We got an introduction to the upcoming Far Cry 6’s story and met Giancarlo Esposito’s Anton Castillo.

We already saw a leaked video today showing the return of past villains from the franchise. Ubisoft Forward showed us the official season pass post-launch content trailer including Vaas, Pagan, and Joseph.

Another leak named the sequel to 2017’s Mario + Rabbids Kingdom Battle coming to Switch next year — Mario + Rabbids Sparks of Hope. We got the full reveal of this planet hopping crossover including Rabbid versions of Super Mario Galaxy characters like Rabbid Rosalina.

Avatar is a video game now?

Ubisoft’s Snowdrop engine is powering a return to James Cameron’s Pandora in Avatar: Frontiers of Pandora, coming in 2022.