Valheim’s Swamp Is Awful In The Best Way Possible 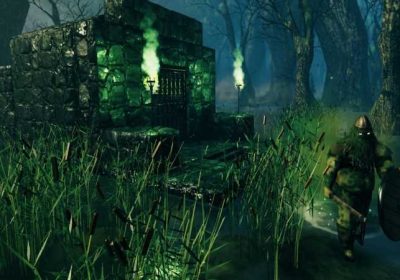 Picture this: you’ve spent hours collecting copper and tin, right, and have kitted yourself and all of your drenger companions out with full bronze armor. You’ve got finewood bows, bronze maces, fully upgraded shields, poison resistance potions, a diet consisting of sausages, cooked meat, and neck tails, and a whole array of fire arrows, flinthead arrows, wood arrows… you get the gist.

You head up to the Black Forest, right, and you knock the stupid Elder’s enty teeth in. You get lots of bronze nails and build a lovely boat, as well as a couple of portals – one for your base in the meadows, another one to prop up as soon as you reach your destination. My friend took the helm of our ship and off we sailed into the sunset, heading towards Valheim’s next biome: the swamp.

After a 25-minute voyage plagued by storms and sea serpents, we arrived at a remote island – or series of tiny islands – that looked as if it smelled foul. I popped some pork and potions and started raining down fire arrows at a bunch of stupid looking draugr clowns, thinking, “Haha, we’ll be wrecking Bonemass in no time at all.”

Guess what? A sea serpent that had followed us across the entire ocean smacked into our boat, we all jumped out in a chaotic panic, and before we knew it we were being whaled on by Nessies and ghostmen who can apparently breathe underwater. What happened next is fairly easy to predict: ded. 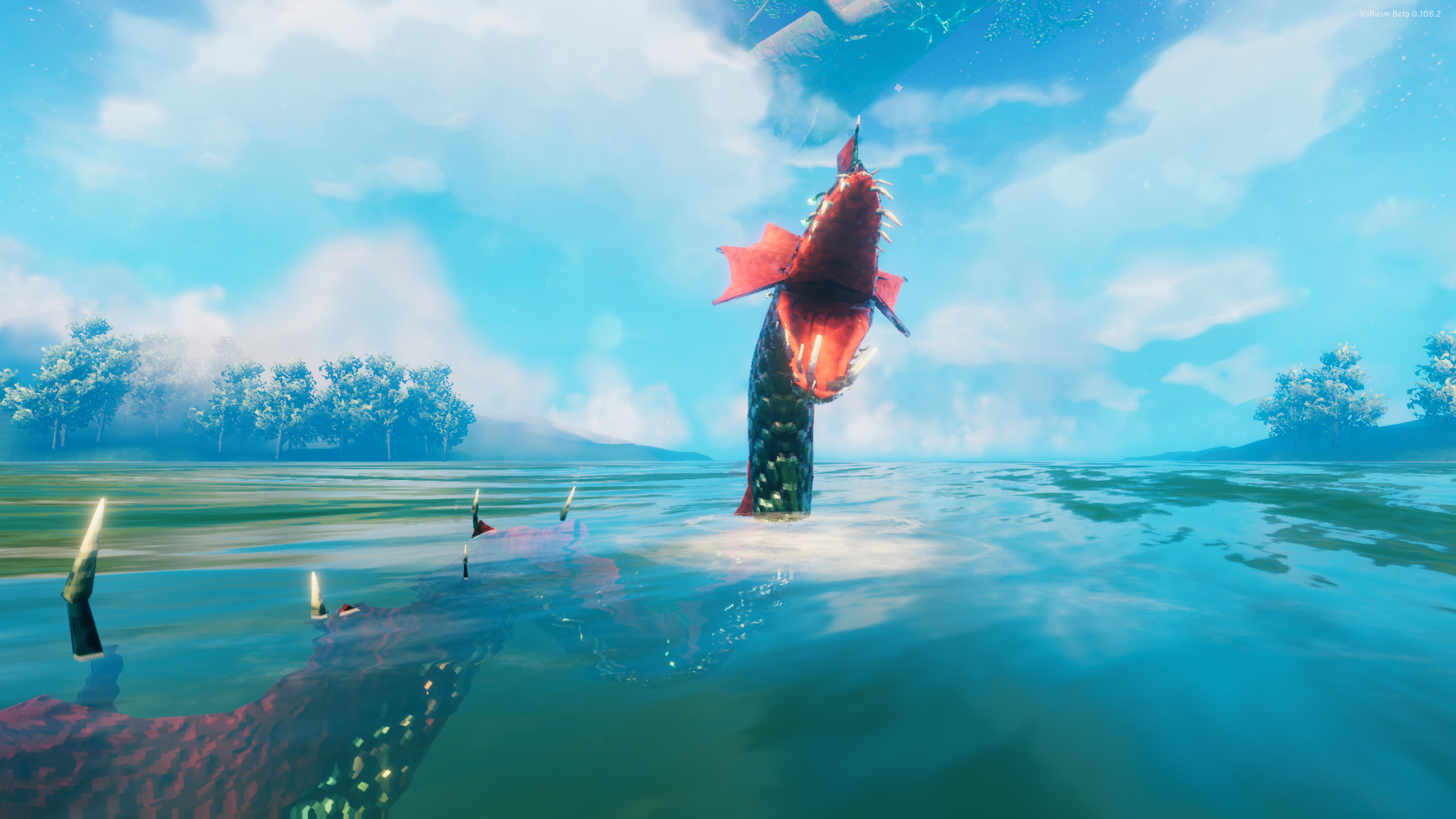 I’m not going to lie, it was pretty frustrating to lose… everything. We had put hours into this campaign and ensured that we were properly equipped to take on the next biome. Not only was our seed sufficiently rubbish for us to be miles away from the swamp – there was a whole lot of ocean that could only be covered with another 80 bronze nails at the very least, never mind the equipment we’d need to survive. And yet I wasn’t annoyed. Disappointed, sure, and slightly frustrated by the fact I should have shot the draugr on the left of the boat instead of the one I was facing head-on. But daunting as the task ahead seemed, all I could think about was getting my stuff back – not out of necessity, but as a matter of pride. Even without materials, we had a home base and the knowledge to stock up on valuable items far quicker than before. And so on we trundled, mining copper and chopping birch as if nothing had happened.

Finally, after much deliberation and a healthy dose of blood, sweat, and crocodile tears, we were in an even better place than before. We had Stagbreakers, extra poison resist potions, and HP bordering on 150. We had twice the amount of fire arrows and – most importantly of all – an idea of what was going to be waiting for us on the other side of the ocean. Sure enough the mob hadn’t despawned, although the sea serpent appeared to have roamed off to waters elsewhere.

We pulled in close enough to shore to be in archery range, but far away enough that the draugr couldn’t possibly reach us. There were some skeleton archers, although they’re handy enough to take out with a couple of well-placed arrows – and even if they did give us a bit of grief, we’d put a portal down just across the ocean that was a hub of relative safety thanks to its location in the meadows. All we had to do was pick up our lost valuables and sail back across a narrow river – drop off the good stuff, go over as lightly equipped as possible, and take out the idiot draugr in a slow but effective war of attrition. 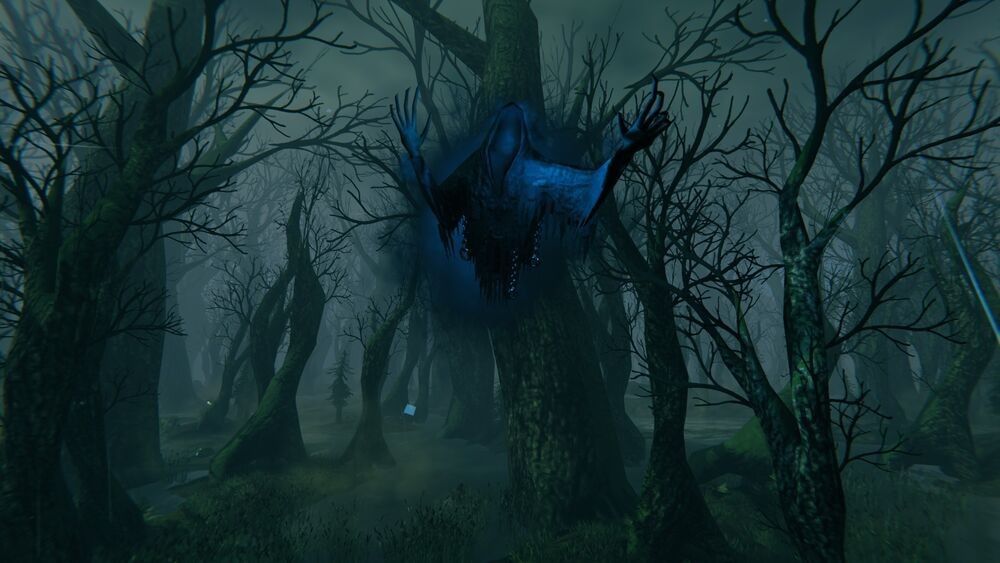 What’s that knock at the bottom of the boat? A load of eels! Slimy and slippery little legless water pests that strategically swim under the boat so you can’t hit them with arrows – I’d have preferred the big, lumbering eejit of a sea serpent. Almost unbeknownst to myself, the panic set in once again and I was in the water like a moth to flame – equally mindless, too. We died again and all was lost for a second time. One of my mates had enough and went off for a bit. The other was doubly determined to get his stuff back, although it was late and I had work in the morning. One last desperate attempt, I said, without all of the fancy stuff. A bow, one relatively decent melee weapon, and barebones armor – it’s an in-and-out mission, designed to get the gear and disappear before you could say “draugr.”

We also elected to ditch the boat. Because there were only three of us online – one of whom had gone off – we decided we’d be conservative with resources. Trees and resin: fair game. Bronze: absolutely not a chance. So we made a crappy little raft and set sail once more – third time’s the charm, eh?

My friend was clobbered almost instantly, although I didn’t panic this time. I swooped in like a low-flying falcon, eyes firmly set on the tombstone with “Cian” scrawled across it. I felt as if I had some preternatural sense of proximity as I approached it – ten metres, five, two, one… bang! We’re in. After clicking the tombstone I beelined for the bushes, determined to ditch these monsters until I was all kitted out – idiot monsters, tethered to domains by code. Ha!

I opened my inventory and realized I hadn’t actually collected my belongings.

After trying out some experimental but ultimately fruitless survival strategies, I got swamped (eh? eh?) by a rogue skeleton arrow and sent to meet my maker across the river. I woke up in a warm bed, naked and oddly content. Sure, I died, but I had nothing of worth on me – not really, at least. What I did find was a surefire route to a successful escape, an eeless little swamp haven free of draugr and death.

Again, it was late, so I called it a night. But when I finish work today – probably an hour or two after I’ve written these last couple of sentences – I know exactly where to go and what to do: go to the swamp, have a pint, and wait for all of this to blow over. If you’re not a Shaun of the Dead fan, you probably should be.

Next: It Takes Two’s Dr Hakim Is 2021’s Best New Character And It Isn’t Even Close 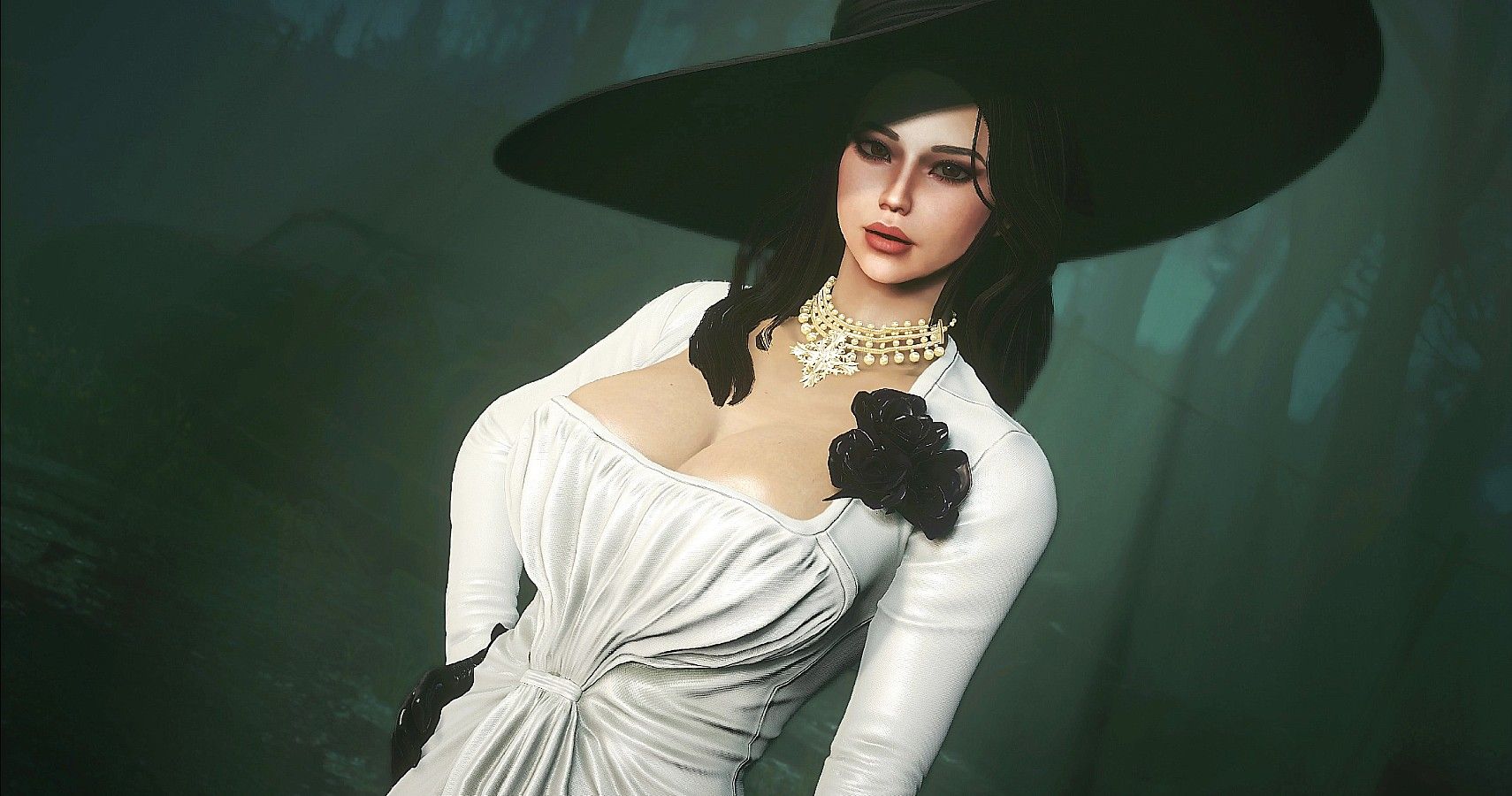 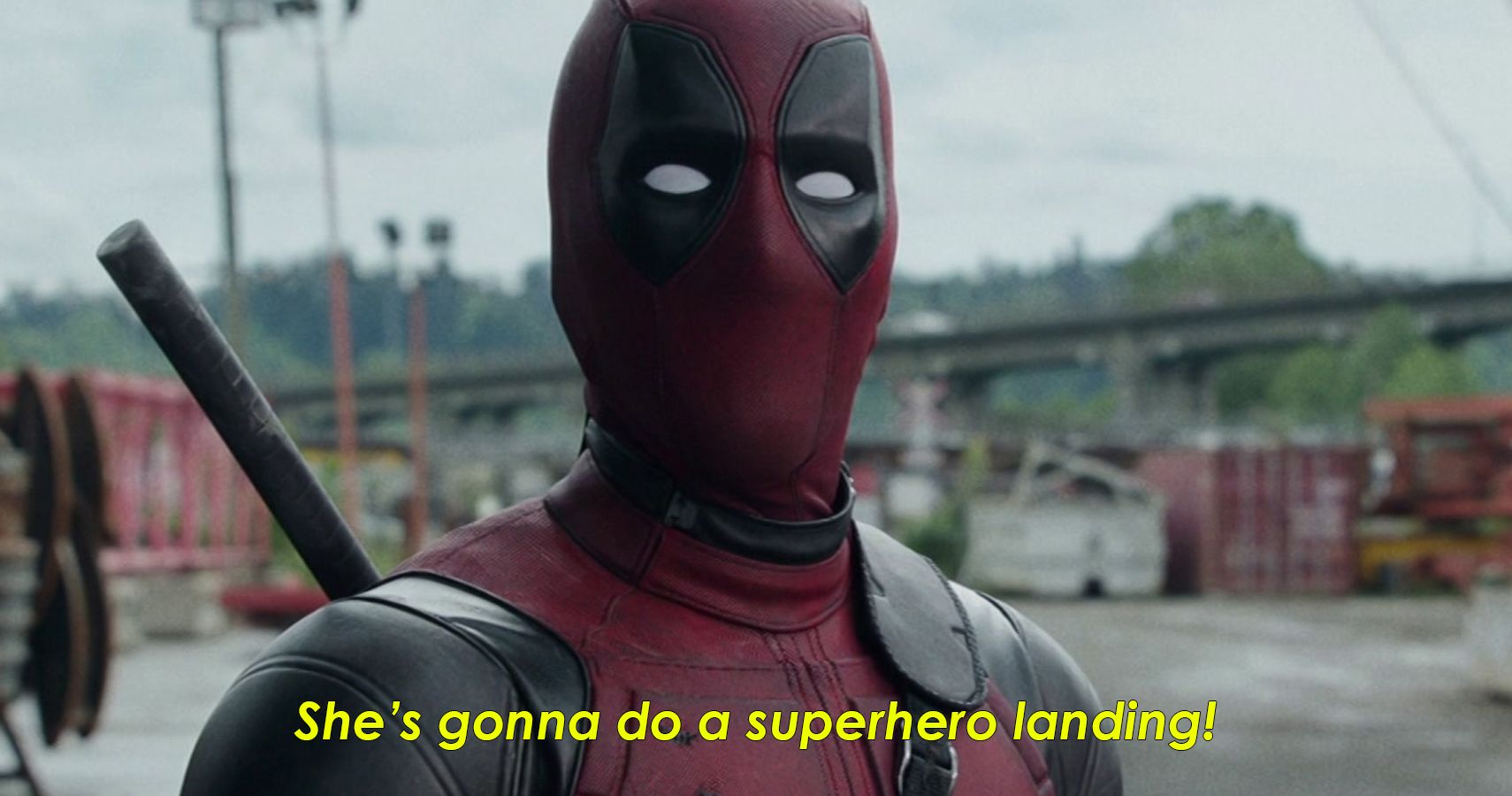 Apex Legends Player Does A Superhero Landing With A Wraith Emote