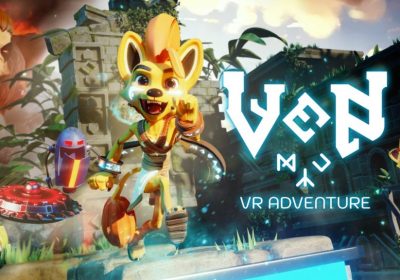 Virtual reality (VR) videogames don’t have to be first-person to be awesome, just look at the likes of third-person experiences such as Astro Bot Rescue Mission or Trover Saves the Universe. For Oculus Quest owners the latest in this genre to arrive is Ven VR Adventure by Monologic Games, with a launch date now set for early next week.

Originally released exclusively for Oculus Rift in 2020 before coming to SteamVR in January, Ven VR Adventure offers a giant platforming adventure where you’ll have to practice those precision jump skills to make it through alive. Comprising a total of 12 levels split across three regions, the world of Ven is a mixture of magic and mechanics where you control titular hero Ven through diabolical locations designed to kill him at every turn.

Locations are filled with traps and enemies to defeat as well as all your little buddies to find. While the camera is fixed as you progress through each level you’ll still be able to look in and around the environment for your mates, 10 of which are hidden throughout every area.

The standard levels can be difficult enough normally but for those after a greater challenge there are various modes like time trial. Encouraging players to speed run each course, they’ll be able to compare their performance against a global leaderboard.

When VRFocus reviewed the Oculus Rift version of Ven VR Adventure, we said: “There’s a lot to love about Ven VR Adventure, from its gorgeous environments to its unrelenting desire to challenge your gameplay skills and patience.”

Ven VR Adventure will hit the Oculus Quest Store on 12th August 2021 at 6pm BST (10am PST), priced at $29.99 USD. A PlayStation VR and non-VR versions of Ven VR Adventure are still planned for later this year. For further updates from Monologic Games, keep reading VRFocus.