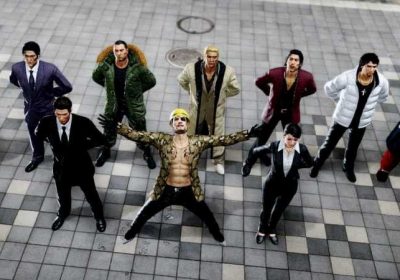 For all of its narrative grandiosity and grittiness, Yakuza is wild and wacky approximately 90 percent of the time. Its cutscenes vary from tranquil, tender moments to raucous rows teeming with bullets and belligerence, but when you’re actually playing Yakuza – dashing around, talking with your fists, running cabaret clubs, and engaging in construction company clan warfare – it’s all just a bit… odd. In a good way, though – especially that last example.

Goro Majima is, without a shadow of a doubt, my favourite video game character of all time – please don’t tell Geralt of Rivia I said that. I didn’t realize this until I booted up my first Yakuza game back in November: Yakuza 0. This has since managed to weasel its way into my all-time top ten, while Kiwami and Kiwami 2 – the latter of which I’m currently around halfway through – aren’t far behind it. Don’t get me wrong, I love Kiryu. I get excited every single time Kashiwagi, Sayama, or Date shows up on screen. Majima, though? As Sinead O’Connor once sang, nothing compares to the Mad Dog of Shimano.

I played Kiwami immediately after rolling credits on 0, so it’s safe to say I was fairly disappointed in my dual-protagonist being relegated to his Majima Everywhere role. Yes, I know Kiwami is a remake of the first Yakuza game, and that 0 is a prequel written and developed long after that – it doesn’t make my disappointment as someone new to the series any less valid. I’ve since been very pleased with the fact Kiwami 2 has a three-chapter Majima saga – which I haven’t played yet, but am very excited to start – but even Majima’s character is drastically improved from Kiwami. I mean, he was a lot of fun, sure, but his move from being one of the most feared and revered yakuzas in Kamurocho to, er… construction is probably one of my favourite examples of character development in video games.

It sounds weird, doesn’t it – the guy with an eyepatch and open leopard print shirt who licks his knife and breakdances in battle is now knocking about an abandoned park in a hard hat, banging on about “Kamurocho Hills.” Except, like all of the other ostensibly ridiculous but actually very clever writing in Yakuza, it makes sense. When you meet Majima in Kiwami 2, you’re asking him to help you rebuild the Tojo Clan. You don’t want him back in it – as Kashiwagi says, “a mad dog doesn’t take well to a leash.” But you do need to form a temporary alliance with him due to the fact that Shindo, second Patriarch of the Nishikiyama Family, has betrayed the Tojo Clan for the Go Ryu-usurped Omi Alliance.

So you go in and Majima makes you fight in exchange for his help. Three opponents, the third of which is obviously him, and then he goes, “Alright Kiryu-chan, I’m in.” Ten seconds later an alarm goes off in Purgatory and Majima’s all like, “They’re back!” You offer to help him take down a bunch of intruders sent to steal the Kamurocho Hills plans, but Majima says, “No, Kiryu is too strong, it’s no fun if he helps us.” After pleading with him for a bit, he lets you be the foreman and all of a sudden you’re playing a basic version of real-time strategy, except instead of medieval knights or spaceships you’re directing Majima and his construction workers. After you’ve managed to take down all of the little shits trying to nick your bud’s dream, Majima and all of his underlings do something quite strange: they burst into song.

“Deep in sleepless Kamuro, on the edge of the western sky, above Fuji we will look down, as we build a bright new day.” That’s a direct translation of the first line of Majima Construction Company Song, which is essentially a full-fledged national anthem Majima wrote to tickle his not-quite-narcissistic but absolutely absurd fancies. The chorus is quite brazen, but I suppose it does the job: “Majima, Majima, Majima, Majima, Majima kensetsu.” Banger. 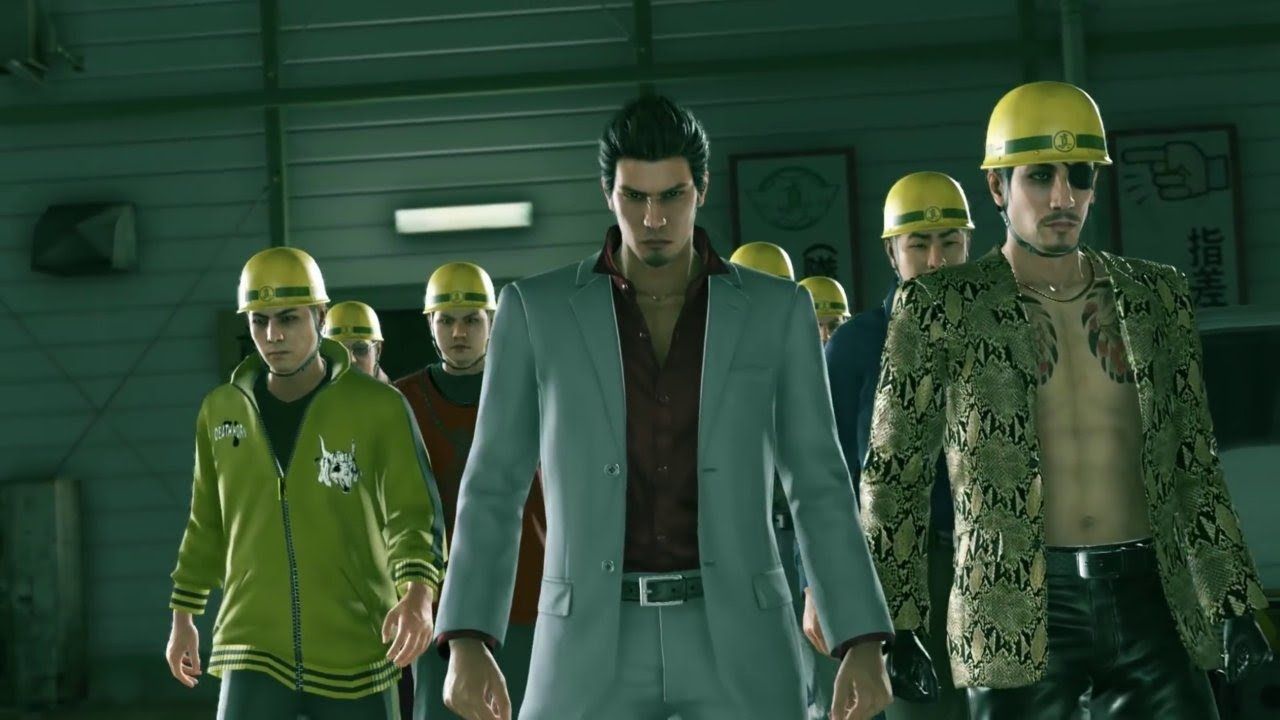 Honestly, it is so, so weird, and that’s why it’s brilliant. Yakuza is always unapologetic in terms of its creative decisions, to the extent that any time a cutscene starts, you’re as likely to witness the best writing you’ve seen in five years as you are to see a room full of fully grown men in diapers – actually, maybe those two things aren’t mutually exclusive. Anyway, the Majima Construction song is the perfect example of why Yakuza’s juxtaposition of gravity and absurdity works so well. The style is almost impossibly different, but in terms of ambition, it almost reminds me of Pratchett – just a sheer, unashamedly unique commitment to a story’s own identity and trajectory that doesn’t make concessions based on trends or surrounding pop culture.

The actual song is pretty intense, too – although not in the same way as the Yakuza 0 theme. I was laughing while I watched Majima and co. sing it yesterday, but when I looked at the lyric translation, I was like, wow, Majima, you’re, er… something! “What we will strive to create, its impact yet unknown – it will shake the world we know, our righteous lifestyle.” Majima, mate. What are you building – a rocket ship or a luxury hotel tailor-made for exploiting the ills of grossly overabundant capitalism? Chill out.

Then he changes his tune though – “As only a starved dog can do, blaze a path on the untrodden road, we will start a revolution.” This is where things get a bit more intriguing – Majima obviously likes money, but only so he can buy knives and pour whiskey down the drain. His only reason for coming to West Park at all was to take over the underground city the Florist of Sai left behind after rejoining Tokyo PD. So what is Majima really up to here, eh? You might know if you’ve played all the games, but this is about as far as I am in the series right now, so I haven’t got a clue. All I’ll say is that the wacky comedy of the Majima Construction Anthem, juxtaposed with the actual lyrical content and the events it’s designed to celebrate, is a perfect cross-section of what makes Yakuza so special in the first place. It’s brilliant and inimitable because it is absurdly stupid and ludicrously clever simultaneously at all times.