Making art out of household objects requires creativity. If you hope to create something meaningful, you must see items like paper plates or cardboard boxes for more than what they appear on the surface. Using items like these, Yoshi’s Crafted World masterfully creates a DIY aesthetic, presenting levels that feel like homemade dioramas. But much like the crafting process itself, looking beyond the obvious is important in this charming and fun platformer.

Yoshi’s Crafted World casts you as Mario’s colorful dino friends in a cute adventure that sees the prehistoric crew running, jumping, and turning enemies into eggs. This time, the adventure brings the Yoshis across crafty renditions of themed worlds including beaches, deserts, haunted mansions, and even outer space. I like most of the stages, but longtime platforming fans won’t find their skills tested until later in the adventure.

The ramp up in difficulty is slow, but levels eventually present more of a technical challenge, like one where robots swarm if a moving spotlight finds you. One horrifying stage where deranged clowns hunt you is downright intense. While I stressed out about these stages, they stuck with me as some of my favorites in the main adventure. Others change up the formula by giving you objectives in specific settings, such as defeating a certain number of Monty Moles or jumping through a set number of hoops on a timer. These stages are fun diversions, and I loved when they popped up. In addition, after you beat the final boss, a special area appears to give even veteran platforming fans a run for their money.

While I was waiting for the difficulty to ramp up, I found additional fun in gathering collectibles scattered throughout the levels; you must continually scan the foreground and background for flowers and coins. I was most excited to hoard coins, since they let you buy goofy, defense-bolstering costumes for Yoshi. But flowers unlock new areas, making them more important. You earn them by scouring levels and completing certain feats, like collecting all 20 red coins in a stage or finishing it with full health. These objectives add a layer of challenge to help remedy the lack of difficulty early on.

To gather more flowers after you beat a stage, you can play the flip side. This reverse version lets you play the stage from the opposite perspective, turning the level backwards and adding some new twists to familiar settings. The goal is to collect Poochy Pups hiding across the level as fast as possible. These are unique ways to experience levels, but I prefer the front-side stages since the in-level collectibles are stripped from the back-side versions; I typically only played flip sides to complete challenges to farm flowers.

What’s most impressive about Yoshi’s Crafted World is how many different design conventions are introduced throughout the adventure. Almost every stage adds a new novelty, leaving elements of the past behind, such as a Japanese shoji door sliding to only let you see silhouettes, or luring a giant snake to destroy obstacles in your path. While normally I’d hate to see a cool twist limited to one or two stages, each successive element or mechanic was so inventive, I didn’t mind moving on.

While the main stages are creative, the boss battles demonstrate the most imagination. Everything about them is distinct, from the way the craft items form the giant characters to the ways they attack Yoshi. One boss puts you on a train while another train shaped like an alligator snaps at you and tries to trap you. However, my favorite is a boss that has no real attacks. Instead, you solve puzzles involving shifting rooms around into the right configuration to reach his room and land an attack. I loved each encounter leading up to the final showdown, with that battle serving as a great endcap to the adventure. The only disappointment is that you only get five boss battles before credits roll.

Like its predecessor, Yoshi’s Crafted World allows for cooperative play, which can be a blessing and a curse. Having an extra Yoshi means you simply float back on screen after losing a life instead of starting over at a checkpoint, and it’s convenient to get boosts to reach high areas. However, having a second player in the way for both platforming and egg tossing can be frustrating.

After a fun adventure through a world made of wool, Yoshi’s transition to arts and crafts is a delight. With satisfying exploration, fun platforming, and a charming art style, Yoshi’s Crafted World gives the Switch yet another strong platformer. 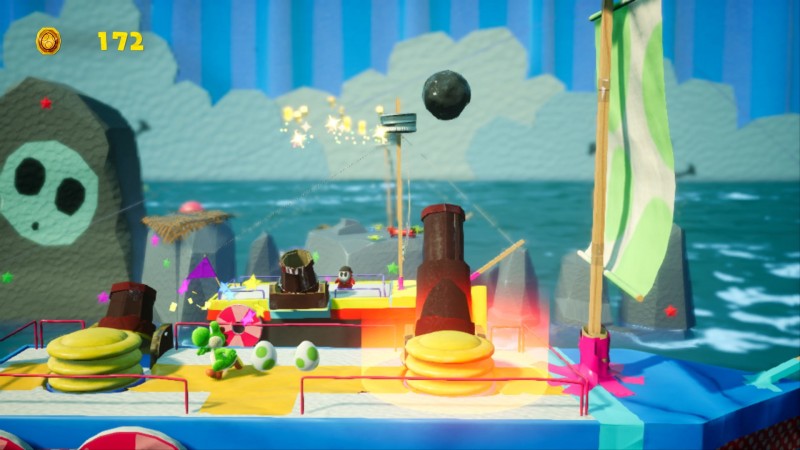 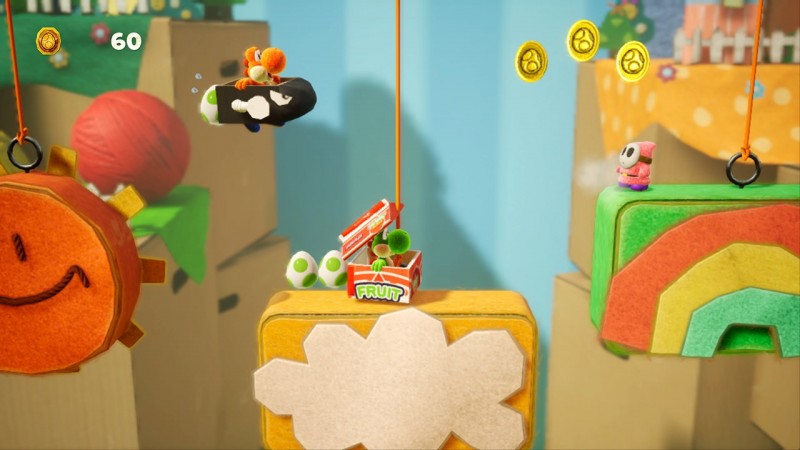 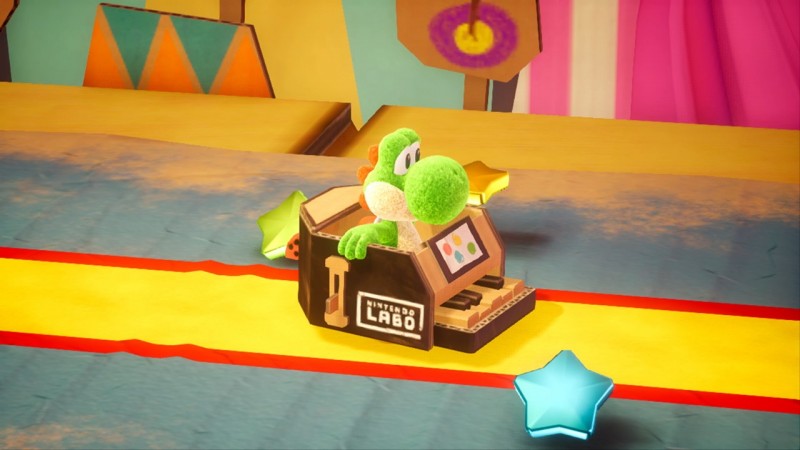 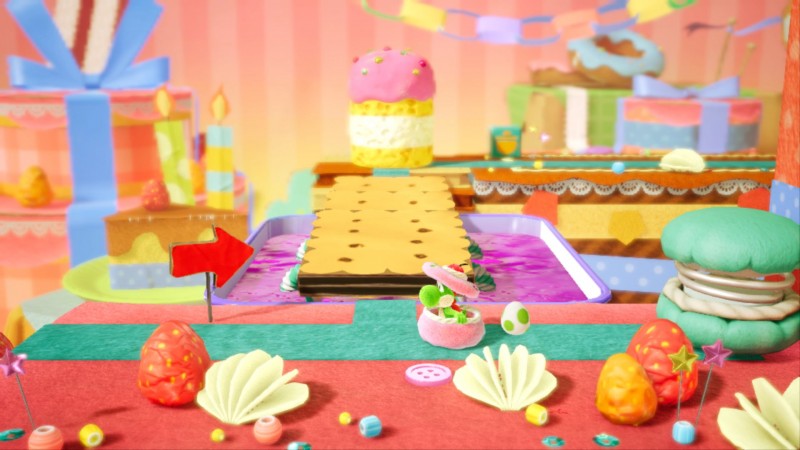 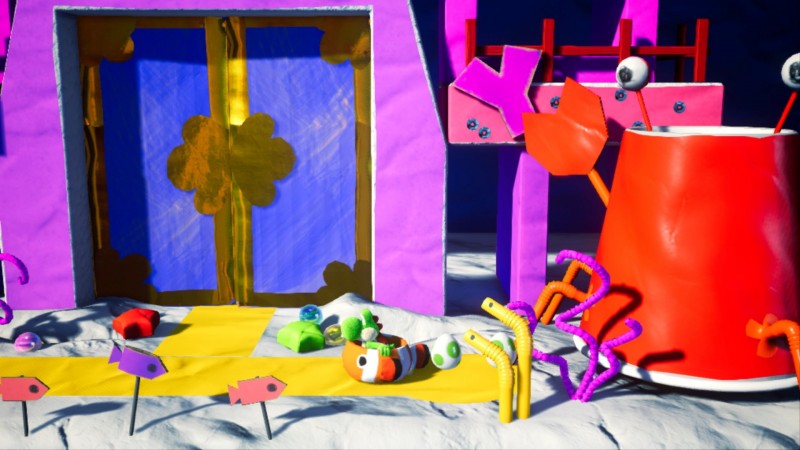 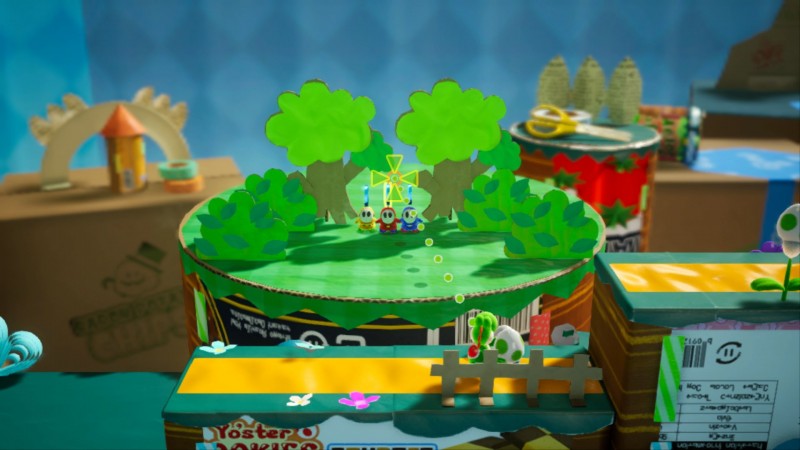 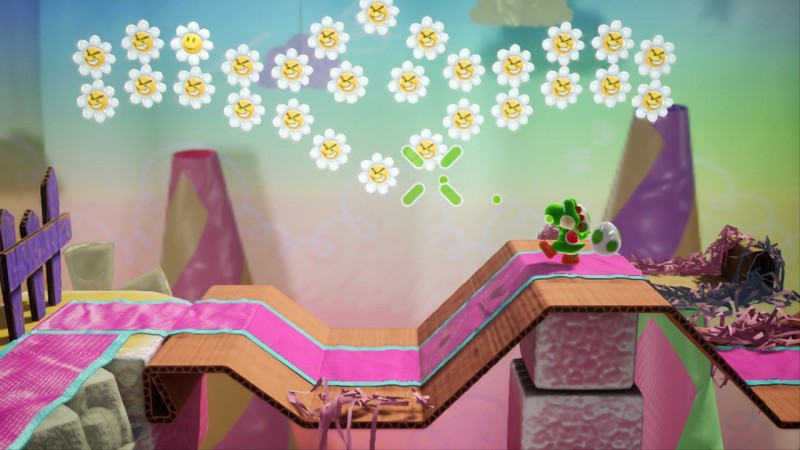 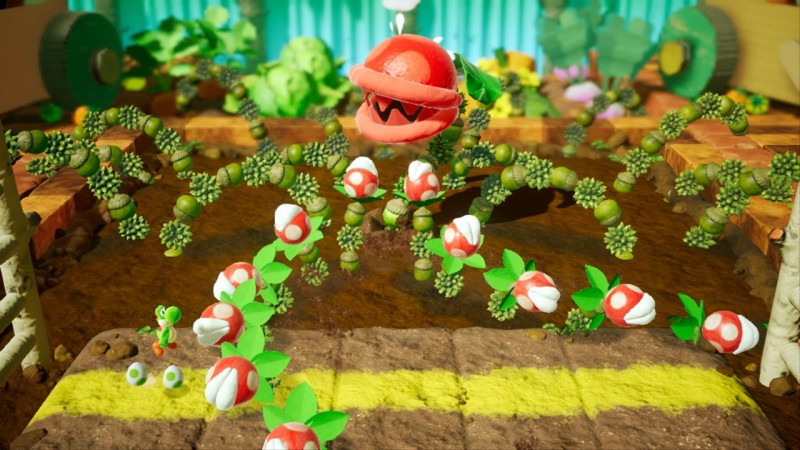 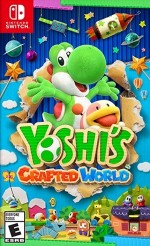 With satisfying exploration, fun platforming, and a charming art style, Yoshi's Crafted World gives the Switch yet another strong platformer. 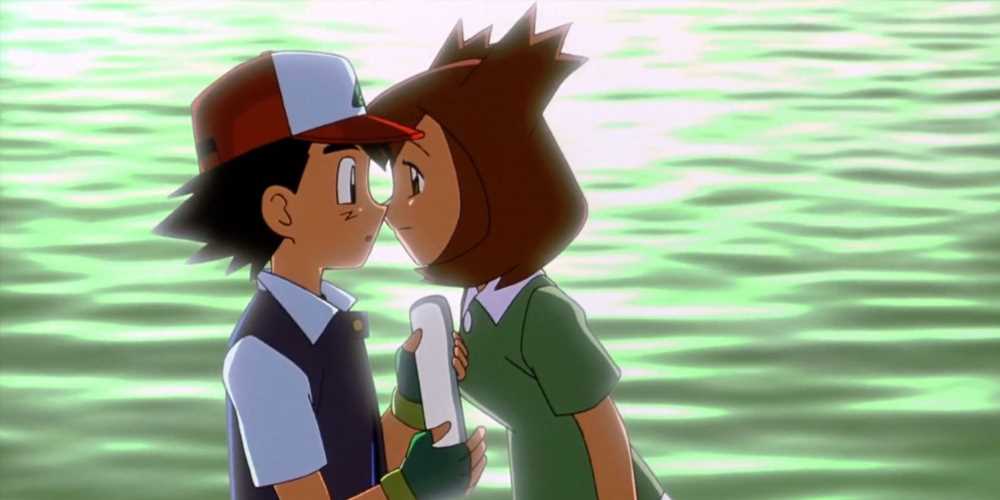