There’s plenty in the way of competition with respect to the audio transcription market, which is estimated to be worth $31.82 billion by 2025. But AISense — the startup behind speech-to-text service Otter — managed to carve out a niche for itself in the four years since its founding. Its funding reflects this — the company today confirmed to VentureBeat that it’s raised $10 million in a financing round led by strategic backer NTT Docomo (specifically Docomo Ventures, its venture arm), with participation from Fusion Fund, GGV, Dragon Dragon Fund, Duke University Innovation Fund, Harris Barton Asset Management, Slow Ventures, and others. It brings AISense’s total venture capital raised to $23 million following previous rounds totaling $13 million.

As part of NTT DOCOMO’s investment, the Tokyo-based mobile phone operator says it’s piloting Otter in language education and leadership training company Berlitz’s English language classes in Japan. According to AiSense founder and CEO Sam Liang, students there are using Otter to transcribe and review the content of lessons, click on sections of text, and start voice playback. 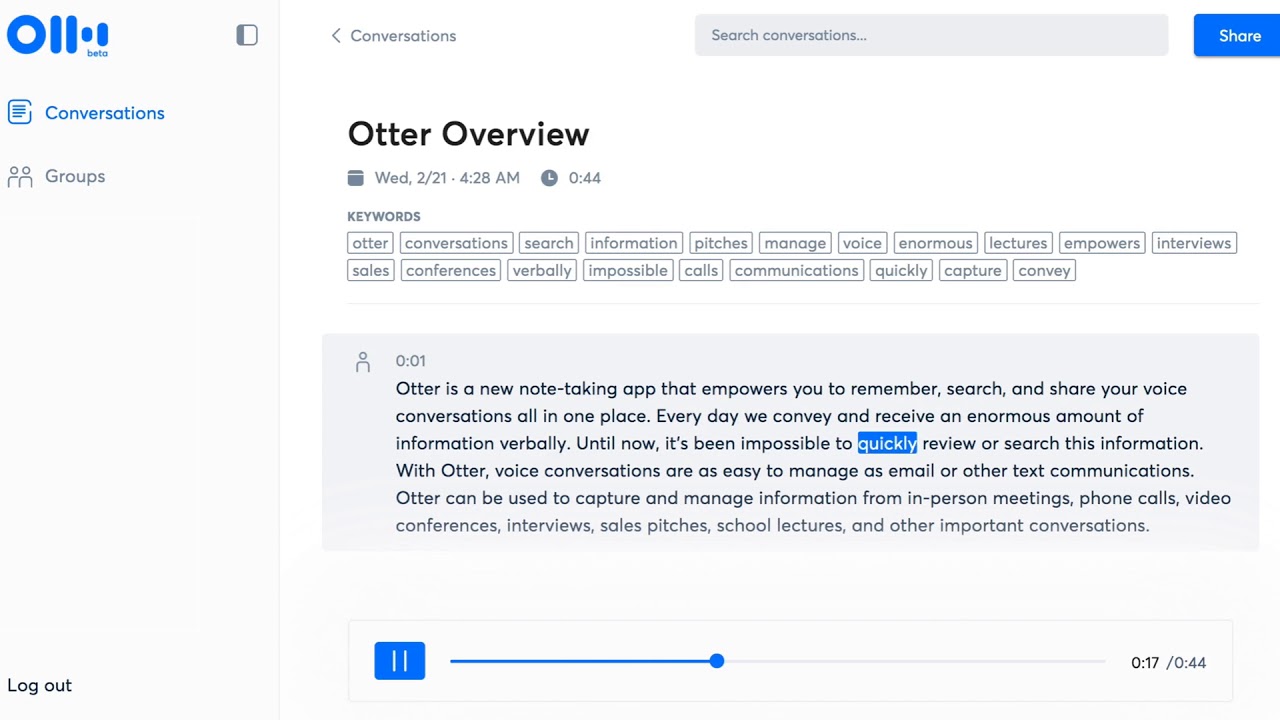 The capital infusion comes nearly a year after AISense brought Otter to the education market with Otter for Education, which affords school instructors control over access to recorded transcripts and complements student disability services and accessibility technologies. More recently, AISense launched Otter for Teams, a subscription solution designed to accommodate the needs of small- and medium-sized businesses with account management, provisioning, reporting, and other such features, as well as single sign-on support and collaborative tools that let users highlight bits of conversations.

Otter’s core technology, which was developed by a team hailing from Google, Yahoo, Facebook, MIT, Stanford, Duke, and Cambridge, is optimized for conversations. It can distinguish among speakers using a technique called diarization, generating a unique print for each person’s voice. Transcriptions are processed in the cloud and made available from the web, in Dropbox, or in Otter’s mobile app for iOS and Android devices, where they can be searched, copied and pasted, scrolled through, edited, and shared. A word cloud at the top of each recording tracks the most-used terms.

Otter competes with Microsoft’s Microsoft 365, which can host live events with AI-powered features such as facial recognition of attendees and autonomous speech-to-text conversion, as well as comparable meeting transcription tools from Cisco and startups Voicera, Verbit, Trint, Simon Says, and Scribie.

But it seeks to differentiate its service with competitive pricing. Otter for Teams starts at $12.50 per month, or only slightly pricier than its premium and student tiers — those cost $10 per month and $5 per month, respectively. (AISense offers a free plan with 600 minutes of transcription per month and unlimited cloud storage.) It’s also licensing its tech to third parties like video conferencing company Zoom, which enables conversations recorded by Zoom users to automatically upload to Otter.