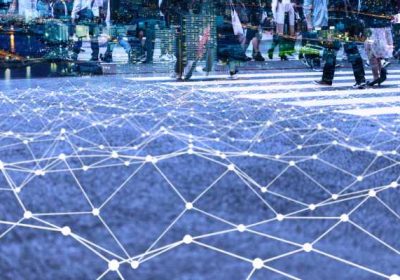 In 2012, economist Robert Gordon published a controversial paper in which he argued that economic growth was largely over, due in no small part to our failure to maintain the engines of innovation in recent decades.

A study from the Stanford Institute for Economic Policy Research supported his general thesis and argued that while we’re spending even more money on creativity and innovation, our returns are flatlining. And this investment is not only in dollars, as the research revealed roughly 20 times as many people work in R&D today as did in 1930.

So what gives? Why has creating things become so difficult?  Researchers from Northwestern University attempt to answer this in a paper that shows a growing percentage of today’s creation is what’s known as recombination. Indeed, 40% of all patents in the U.S. Patent and Trademark Office are not completely new works, but rather mishmashes of existing ideas bolted together.

Finding effective ways to combine existing ideas is by no means easy, not least because of the growing volume of published material being produced. During the first few months of the COVID-19 pandemic, for instance, around 23,000 papers had been published on the virus, with that number doubling every 20 days.

The data science community at Kaggle pulled together to provide an AI-powered literature review in an effort to make sense of the deluge of new material. Data points were harvested from a subset of papers and grouped into 17 categories, with papers then listed for each category. It may not be the most polished approach, but that’s due to the time constraints imposed by the pandemic.

Researchers at Carnegie Mellon developed an alternate method: an AI-based approach to mining the patent and research databases for ideas that could be combined to form interesting solutions to specific problems. Their system uses analogies to help connect work from two seemingly distinct areas, which they believe makes innovation faster and a lot cheaper.

What we’re witnessing is the emergence of something called “augmented creativity,” in which humans use AI to help them understand the deluge of data. Early prototypes highlight the important role humans can, and should, play in making sense of the suggestions proposed by the AI.

OpenAI attempted to replicate this approach with the release of a music-making tool called Jukebox. While the achievement is significant from a technological perspective, the results are unlikely to threaten the livelihoods of human musicians.

Various projects have also attempted to produce new and enticing recipes by using AI to mine food composition databases and concoct interesting combinations. For instance, Google researcher Sara Robinson recently showcased her system that produced a cake-cookie hybrid. Accenture researchers prototyped a similar recipe creation tool at their Dock facility in Dublin, but with stomach-churning results.

Most of these approaches utilize huge datasets that AI mines to look for well-established yet previously untapped connections. By using general adversarial networks (GANs), the next-generation models are capable of coming up with ideas without requiring access to the underlying logic.

For instance, researchers from Nvidia and the University of Toronto recently showcased a GAN that had been trained to simulate games by observing the screenplay alongside the actions of the human player in real time. The system was able to learn the best strategies simply from watching the gameplay as it unfolded and didn’t require any access to the game logic whatsoever.

“In addition, GameGAN is able to disentangle static and dynamic components within an image, making the behavior of the model more interpretable and relevant for downstream tasks that require explicit reasoning over dynamic elements,” the researchers explain. “This enables many interesting applications, such as swapping different components of the game to build new games that do not exist.”

A similarly GAN-led approach has been put into practice by BASF-owned Sculpteo, whose Dreamcatcher project employs generative design to allow designers to use goals and constraints to create alternative design solutions to particular problems.

Crossing the Valley of Death

Of course, while the inspiration and ideation phase of creation is undoubtedly the most glamorous, the number of ideas that sit catching dust are legion. It’s estimated that 95% of patents are unlicensed or not commercialized in some way, while across industries as varied as television and pharmaceuticals, failure is the norm rather than the exception, with even the best projects often falling by the wayside.

It’s therefore no surprise that AI is increasingly used in the latter stages of product development in an effort to improve the ratio of ideas that make it to market. For instance, researchers from the University of Bristol highlight how AI is being used in various areas of film post-production, including deblurring and colorization.

Similarly, eye-tracking and gesture control are increasingly common in the animation process, with predictive eye-tracking also a growing presence in digital processes from web development to digital marketing. AI-powered eye-tracking analytics enable marketers to assess design element visibility during a website or advertisement development process. Despite widespread fears about AI displacing humans in the workplace, this and other such applications do not threaten to replace creators or intervene in their creative process but rather empower them to make effective data-driven design decisions.

Many of these use cases illustrate how effective AI can be in augmenting the work done by humans so it’s sufficiently bolstered to make it through the death zone that so often squashes nascent ideas. A great example of this comes via Los Angeles-based Cinelytic, which provides film studios with AI-based decision-support capabilities to help them understand how various decisions — from the choice of genre to the film’s star — might affect the movie’s box office performance.

Similarly, any kind of scaling up of an idea is going to require an expert team. Researchers from the University of Rochester recently explored how AI can be used to make smarter recommendations regarding the kinds of people we should be working with. They highlight the idea that social networks typically match people based on similarities, but the best results often emerge when we’re paired with those who complement rather than replicate us.

Accenture leaders Paul Daugherty and Jim Wilson argue that AI should be called “augmented intelligence” rather than “artificial intelligence,” since the best outcomes occur when people and machines complement each other. Kasparov’s Law reminds us of the importance of strong processes in any creative activity, and no amount of intelligent technology can overcome weaknesses in human contributions.

Winston Churchill famously remarked that one should never waste a crisis, and while there is a consensus that we failed to use the 2008 financial crisis to great advantage, there is a growing societal drive to make the world better after the pandemic passes. Fully 30 years ago, Michael Hammer provided a caustic reminder that technology works best when it doesn’t simply provide us with “faster horses” but rather allows us to fundamentally rethink how things could, and should, be.

To do this, the engines of creation will need to whir at full speed so we not only tap into our collective creativity but also deliver projects to those who need them most. In contrast to 2008, we may now be in an age in which AI can lend a considerable helping hand. The pandemic has caused untold hardship, but our journey to the other side will be much smoother if we take advantage of the collective reset this has provided and use technology to imagine a better society for all.

Kamilė Jokubaitė is the CEO and founder of Attention Insight.

Adi Gaskell is an innovation thinker and writer, specializing in artificial intelligence.