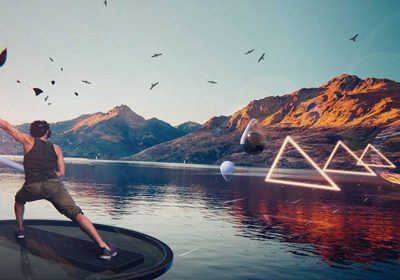 Earlier this year Meta announced the acquisition of Within, the studio behind the VR fitness app Supernatural. While the price of the acquisition wasn’t disclosed, a report this week claims Meta hoped to pay $400 million for the studio but the deal may not have closed yet due to ongoing scrutiny by the US Federal Trade Commission.

Meta announced the acquisition of Within at the end of October, saying that the studio would be run under the umbrella of Meta Reality Labs, the company’s XR organization. The price of the acquisition was not announced at the time. Like previous VR studio acquisitions, Meta said the studio will “continue to be operated independently.”

This would mark the company’s sixth acquisition of a VR studio, though it turns out the deal may not be finalized just yet.

According to a report from The Information, the deal price was to be “$400+ million,” citing two unnamed sources. Further, the report claims that the US Federal Trade Commission, which oversees antitrust and consumer protection, has “opened an in-depth probe of the acquisition, meaning Meta may not be able to finalize the acquisition for another year, assuming the agency doesn’t formally challenge the deal in court, causing additional delays.”

The FTC’s interest in the deal is reportedly connected to its ongoing case alleging that Meta engaged in anticompetitive practices when acquiring companies like Instagram and WhatsApp. While that case had not previously directly involved any of Meta’s XR business, the size of the Within acquisition has reportedly put it on the FTC’s radar in conjunction with the existing case. We’ve reached out to Meta for comment on The Information report.

Meta’s acquisition of Within would mark the sixth VR studio that the company has bought in an effort to have greater control over the destiny of killer VR apps and the talent behind them. Meta has also acquired Beat Games (Beat Saber), Sanzaru Games (Asgard’s Wrath and others), Ready at Dawn (Lone Echo and others), Downpour Interactive (Onward), and BigBox VR (Population: One), all in just under two years.