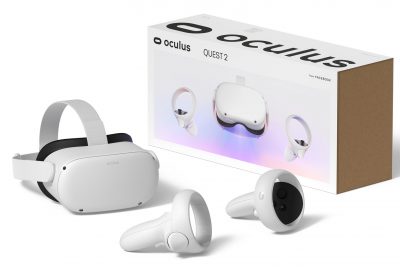 Reportedly according to an internal Q&A, all Facebook employees are eligible for a refund from the company if they purchase a Quest 2 headset. The effort comes as the Facebook continues to justify deep investments in AR and VR with the belief that they are the next major computing platform.

Back in 2019, just ahead of the release of the original Oculus Quest, Facebook announced it would give the headset for free to all developers attending the conference.

Today the company is pulling a similar move with its latest headset, Quest 2. During an internal Q&A, Facebook CEO Mark Zuckerberg said that all of the company’s employees could be reimbursed for the purchase of a Quest 2 headset, according to The Information reporter Alex Heath.

While not every one of the company’s employees is likely to take it up on the offer, it seems likely to be a much larger giveaway than what happened with the original Quest at F8. While F8 had some 5,000 attendees who were eligible for the free headset, Facebook reportedly has some 60,000 employees which could all be eligible to be reimbursed for the purchase of Quest 2.

From the outside, the offer looks like the company internally signaling its seriousness about its AR and VR initiatives to the rest of its employees that are working in other areas of the company. Further, it looks like an effort to get broader portions of the company to ‘dog food’ the product (use the company’s own product as an end-user) which could prompt feedback and new ideas that can be more quickly acted upon thanks to direct internal communications.

This all comes one day after Facebook’s latest earnings call, in which CEO Mark Zuckerberg once again underscored the company’s belief that AR and VR is a crucial part of Facebook’s future.

“Over time, I expect augmented and virtual reality to unlock a massive amount of value both in people’s lives and the economy overall. There’s still a long way to go here, and most of our investments to make this work are ahead of us,” Zuckerberg told investors during the call. “But I think the feedback we’re getting from our products is giving us more confidence that our prediction for the future here will happen and that we’re focusing on the right areas.”