A 64GB version will cost $300, while a 256GB model will go for $400. The headsets will ship October 13 with two Touch controllers each. The headset is 10% lighter at 1.1 pounds compared to the original Oculus Quest launched in 2018. You don’t need a PC to use the Quest, as the headset has its own processing and built-in sensors for detecting your hands and the environment.

The new headset will be compatible with the Oculus Link, which connects the Quest to a PC to give you more power to run Oculus Rift and Oculus Rift S headsets games. These include the upcoming Medal of Honor: Above and Beyond VR shooter coming from Respawn Entertainment.

But Facebook also announced that it will now end further development on the family of Oculus Rift PC-based headsets, thanks to the Oculus Link. You heard that right. The wireless Quest 2 is the future. There will be no more Rift headsets. The difference is that the Quest is wireless and it has its processing and sensors in the headset. Through a Link cable, it can tap the power of a full PC. The Rift, by contrast, has no processing in the headset and it has to be linked to a PC. The problem is that it isn’t as popular as the wireless Quest.

“We think we have the headset that actually can do both” standalone and PC-connected play, said Oculus’s Rangaprabhu Parthasarathy said in an interview with GamesBeat. “We are now at a point where you can actually have the best of both worlds with one headset.” 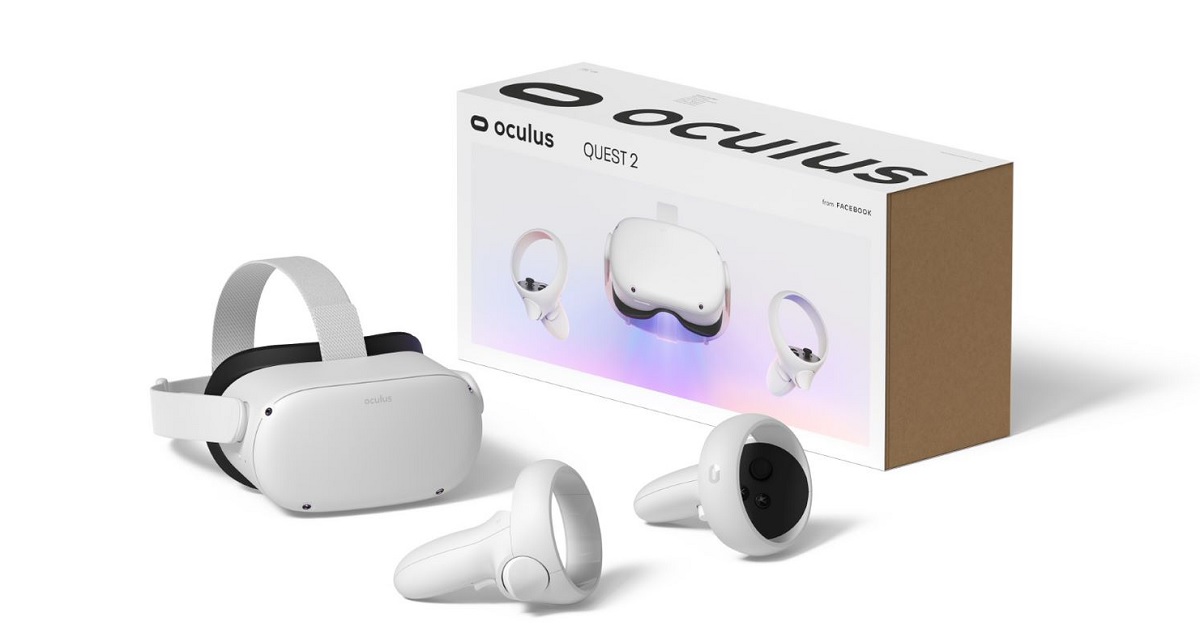 The Quest 2 uses a Qualcomm Snapdragon XR2 processor platform (the same chip in the latest Samsung Galaxy smartphones), and it has more RAM to store applications that are running, with 6GB on the Quest 2 compared to 4GB on the Quest.

The headset has a resolution of 1832-by-1920 per eye, or 3.5 million pixels, which is 50% more than the original Quest (it supports 1600-by-1440 pixels per eye, or 2.3 million pixels). At the outset, the headset will not support a refresh rate of 90 hertz, but Facebook said that is coming soon. The starting refresh rate will be 72 hertz on the fast-switch LCD display. That’s not good for early adopters, but we don’t know how long it will take to get the 90-hertz update.

The two controllers give you 6 degrees of freedom, as well has hand-tracking, where the sensors can detect your hand and finger movements so you don’t have to use a controller at all. The Touch Controllers have been redesigned for better ergonomics (inspired by the Rift controller design) and better haptic (touch feedback) responses.

“The reality is that controllers will probably always have a place in our ecosystem,” said Parthasarathy. “But we also see hand tracking is a really accessible way for more people to get into VR and start interacting with the content.”

Facebook is taking preorders now. The headsets will be available in 22 countries. Retailers include Best Buy, GameStop, Target, and Walmart in the U.S.; Currys PC World and FNACDarty in the United Kingdom and the European Union; and Amazon worldwide. Japanese retailers include Bic Camera, Yamada Denki, Yodobashi Camera, and Geo. Previously, the Quest wasn’t available in Japan. 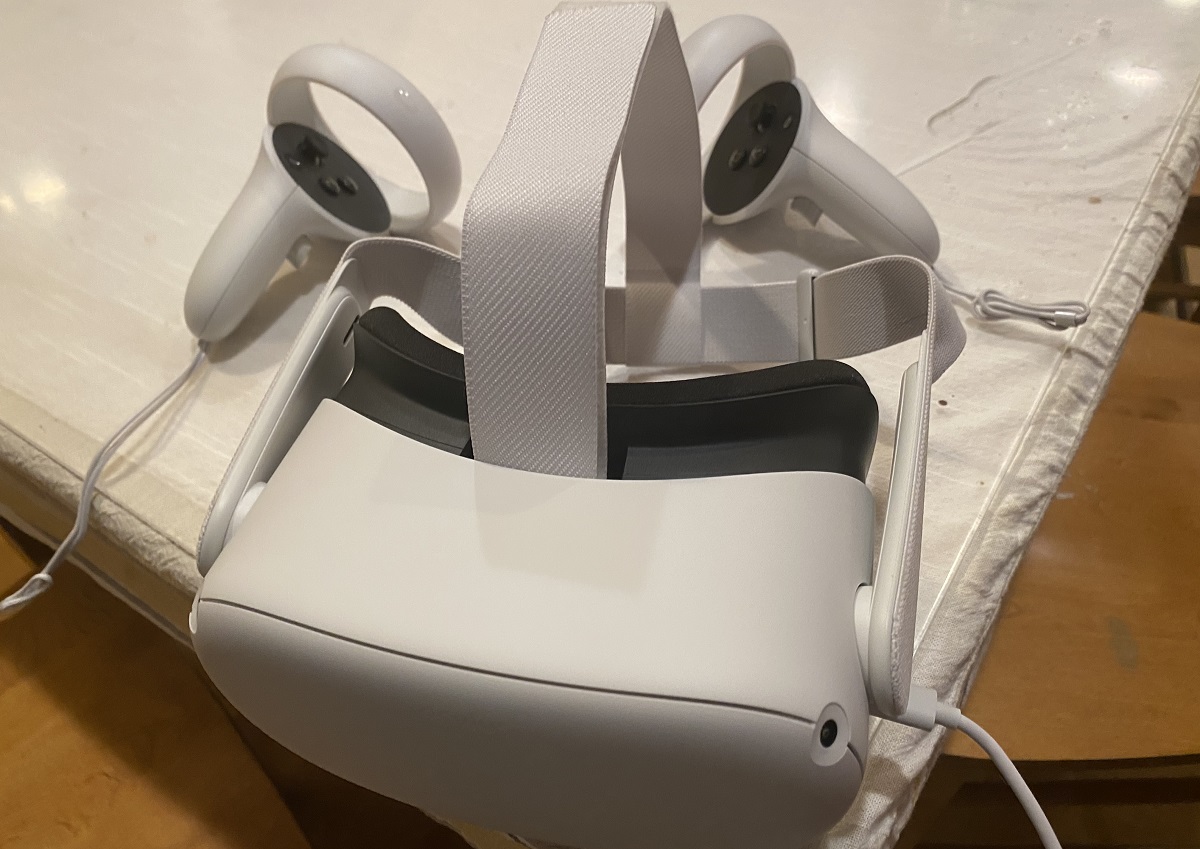 Above: The Oculus Quest 2 is 10% lighter than the previous version.

For comfort, Facebook is offering an optional, customizable head strap, and facial interface accessories that give you more choices for fit and comfort. You can make an IPD adjustment (the width between your pupils) using a mechanism built into the headset. It has three notches in which you can adjust the distance, in contrast to an analog setting on the earlier Quest. This is because it’s harder for you to lose the right setting while playing when there are notches.

The Oculus Quest 2 has positional audio built directly into the headset, so you can hear your teammates or what’s sneaking up behind you better without headphones. For enhanced audio or private listening, you can plug in your headphones or earbuds using the 3.5mm  headphone jack.

You can expect a battery life of 2 or 3 hours. It will be more like 2 hours for games, and 3 hours for watching media. You can check the battery status in the Oculus App settings or in VR via Oculus Home. With a USB-C power adapter, the Quest 2 will fully charge in about 2.5 hours. The hand controllers weigh a quarter-of-a-pound each, and the double-A battery lasts about four times as much life as the original, which is somewhere around 30 hours.

The headset supports sitting or room-scale size play spaces. Room-scale requires 6.5 feet by 6.5 feet at a minimum. The Oculus Link Cable costs $80 and its main advantage is its 16.4-feet length. You can use a less expensive cable of your own with the USB 3 Type-C interface, but you’ll likely have a much shorter cable length.

Facebook is selling a carrying case for $50 and an Elite Strap with an added battery pack for $50. Logitech is selling its G333 VR In-Ear headphones for $50. You can cast the images that you see inside the Quest 2 to your phone using the Oculus App or to your TV using a supported casting device. Casting currently supports all generations of Google Chromecast, Google Home Hub, Nvidia Shield, and most Chromecast-enabled smart TVs. Chromecast Ultra is recommended for the best results.

The only difference between the $300 model and the $400 model is the amount of storage.

There are already hundreds of titles available on the Oculus Quest, and Quest 2 will play those games (along with new releases, of course). Besides games, you’ll be able to watch live concerts, view films with other people, and attend events through social VR apps such as Facebook Horizon or Oculus Venues.

Among the new games coming for the Quest 2 are Little Witch Academia from Univrs; Population: One from Big Box VR; Rez Infinite from Monstars and Resonair; The Walking Dead: Saints and Sinners from Skydance Interactive; and Warhammer 40,000: Battle Sister from Pixel Toys. The Climb 2 and Sniper Elite are also in the works. 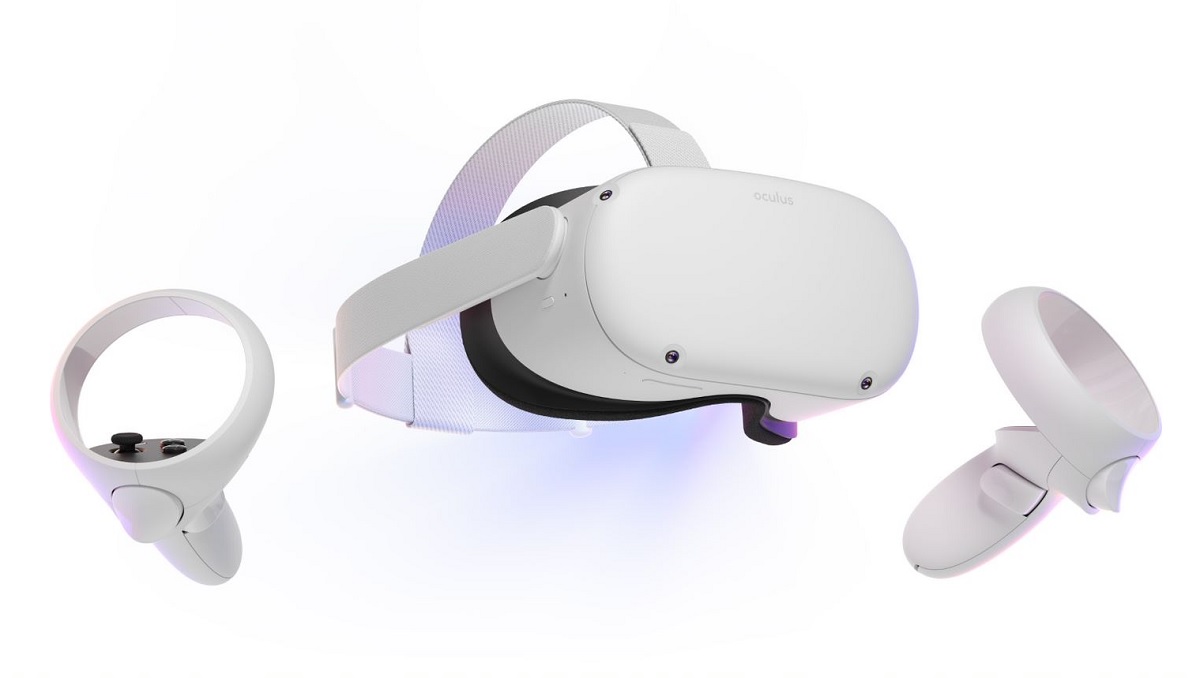 Above: The Oculus Quest 2 has two redesigned hand controllers.

Parthasarathy said that Facebook/Oculus didn’t anticipate that the original Quest would be so popular, and so it had a shortage of the product for most of the device’s two-year lifespan. In particular, Facebook said its major factory had challenges making enough of the optical parts in factory cleanrooms.

“It keeps selling out, and it’s not for the lack of inventory. To be very clear, we’ve been making a lot of units. It has resonated very well with consumers,” he said. “And what’s also happened is our developers are seeing real traction on the platform. We have a lot of developers who’ve seen strong revenue on the platform, and it is growing.”

He added, “VR has had a lot of promise, but it had its fits and spurts. And to us, this feels like the right moment where we have this thing that is incredibly accessible, very intuitive for people to use. And we just wanted to take it to a lot more people.”

“With the Quest, we maxed out on the factory capacity, and to bring up another factory would have meant a significant amount of time, which was better spent in investing in increased capacity for the second-generation Quest,” he said. “So this is literally what we did, as we were making and maxing out our capacity in terms of supply for the first Quest, we realized we had two choices. We could continue to build even more factory capacity, which would have taken a few months and this was pre-COVID that I’m talking about. Or we could just double down on the next generation product where we would from the get-go invest in significant more infrastructure.”