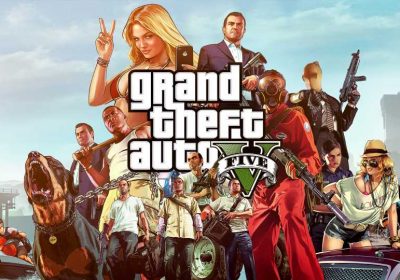 Take-Two, the parent company of Rockstar Games and 2K Games, issued a DMCA notice to the creator of popular VR mods for GTA 5, Red Dead Redemption 2, and Mafia Definitive Edition. Though the modder believes they are in the clear legally speaking, they have removed the mods to comply with the notice while waiting for the company to communicate its specific complaints.

Luke Ross is a prolific VR modder who has amassed significant support for his modding work, to the tune of some $25,000 per month via Patreon. And though Ross funds his work through Patreon, the mods he creates require users to own their own copy of the games in question.

In a post on his Patreon page, Ross maintains the DMCA complaint from Take-Two was issued to Patreon, which then referred the complaint to Ross—though Ross says he has not had any direct communication from Take-Two and the company hasn’t actually said specifically what it has taken umbrage with regarding the mods.

In order to protect himself Ross complied with the DMCA complaint and removed all mention of the Rockstar and 2K games from his page, though he claims this is not an admission of guilt:

Note that [removal of the mods should not be] construed to imply that I admit any wrongdoing or believe that Take-Two’s DMCA notice has any legal merit. On the contrary, it is my belief that their action is wrongful and unmotivated, and that they are willfully making it much worse by their refusal to communicate, and I reserve the right to take legal action against any and all of the parties involved.

Ross says he’s attempting to make direct contact with Take-Two to sort out the issue.

In articulating his side of the story, Ross says he believes the mods do not violate any of Take-Two’s copyrights:

As I publicly stated many times, I honor and respect copyright and my intention has always been to allow gamers to experience the wonderful worlds created by Rockstar and 2K (among other companies) in Virtual Reality, which only translates to more customer satisfaction and more copies sold for them. I don’t sell or host anything exploiting or repurposing their original IP and assets and my mods only work if the user already owns a legal copy of their original games.

Further he believes the fact that he’s earning money for the mods is not the issue at hand; he claims Take-Two has similarly targeted free mods while also leaving some popular paid mods untouched.

A big question then is why Take-Two is going after Ross’s mods in particular. It’s possible the company has plans for its own upcoming VR content (we already know that GTA: San Andreas is in the works for Quest), and the company may believe it’s necessary to push VR modders off of its titles in order to protect the company from perceived legal risks.

A petition in support of Ross’s VR mods has been formed, with many signing the petition saying they made legitimate purchases of the games just to play them in VR thanks to the mods.

For Ross’s part, the modder says the mods in question have been downloaded some 200,000 times—while surely not all of those downloads were tied to purchases of the games that wouldn’t have happened otherwise, Ross maintains his mods have only benefitted Take-Two by selling extra copies of their games and making them more fun for players.

Although the mods for Rockstar and 2K games were among his most popular, it doesn’t look like this spells the end for Ross, who says he is still actively developing VR mods for other major games like Horizon: Zero Dawn, Cyberpunk 2077, Elden Ring, and Dark Souls: Remastered.

My intention is to keep improving these VR mods, as always listening closely to what you users and fans suggest, request and would like to see, and I also hope to be making other AAA games playable in VR with the same level of quality and attention that you have come to expect of me. I can’t promise anything right now (despite anybody’s best efforts, no game comes with a ‘moddable’ guarantee, and failure is always an option), but on average I have been able to grow my [VR mod] framework to support a new title about every 1-2 months.